— “Joker” director Todd Phillips to Vanity Fair, explaining why he’s turned from comedies such as “The Hangover” and “Old School” to darker, dramatic fare.

From Charlie Chaplin’s “The Great Dictator” to Ernst Lubitsch’s “To Be or Not to Be” to Mel Brooks’ “The Producers” to even something as stupid as the TV show “Hogan’s Heroes,” there have been any number of satires skewering Hitler and Nazi Germany, but it is surprising for a film such as “Jojo Rabbit” to get the green light in the current, comedically careful climate. (Director Waititi has said he took on the role of Hitler because there wasn’t exactly a long list of name actors interested in playing Hitler.)

Based on the 2004 novel “Caging Skies” by Christine Leunens (adapted by Waititi for the big screen), “Jojo Rabbit” is set in the fictional German town of Falkenheim, where a 10-year-old boy named Jojo (Roman Griffin Davis) is hopping with excitement because today will be his first day to train with the Hitler Youth and become fully indoctrinated into the cause.

Jojo worships Hitler as some kind of near-mythical superhero. He swallows even the most insanely ignorant and hateful propaganda about the Jews, even believing they have horns and they sleep upside down like bats. As Jojo excitedly dons his uniform, he receives a pep talk from his imaginary friend Hitler, played (hilariously) by Waititi as a vainglorious buffoon who is a kind of devil on Jojo’s shoulder, spewing bilious pep talks whenever Jojo wavers or expresses doubt about the cause.

Sam Rockwell, who has all but cornered the market on playing authority-wielding bigots who have just a trace of a human heartbeat still lurking inside (“Three Billboards,” “The Best of Enemies”), returns to that well once again as Jojo’s camp commander, the preening, ridiculous and monumentally incompetent Captain Klenzendorf. That this guy is training the next generation of German soldiers is a clear indication the war is all but over already. He’s more likely to get these kids killed than have them battle-ready.

The only Nazi more ridiculous than Klenzendorf is Rebel Wilson’s Fraulein Rahm, who tells the young females at camp their primary purpose is to give birth to the next generation.

“I’ve had 18 kids [for the cause],” she says proudly, and ludicrously.

Director Waititi blends the slapstick jabs with more subtle humor and with impactful dramatic moments in the scenes involving the characters of Jojo’s mother, Rosie (Scarlett Johansson), a fiercely protective mother and independent spirit who plays the part of the loyal German citizen but is in fact working and risking her life for the resistance, and Elsa (Thomasin McKenzie), a 16-year-old Jewish girl hiding out in a secret upstairs room in Jojo’s house.

Little Jojo is deeply conflicted about the discovery of the hated enemy in his own house. He wants to turn her in, but that would mean his mother would be executed as a traitor, leaving him all alone. (Jojo’s dad went off to war years ago and is presumed dead.)

The New Zealand actress Thomasin McKenzie, who demonstrated undeniable star power in last year’s “Leave No Trace,” turns in equally nuanced and authentic work here as Elsa, who gradually finds a way to teach Jojo he’s too smart to actually believe the hatred preached by his imaginary friend Hitler, and all those idiotic stories about the supposedly evil Jews. By the time Jojo comes to realize Elsa’s just a girl, and the real monsters are those who would hunt her down and kill her just because of who she is, he believes he came to that conclusion all by himself.

Scarlett Johansson turns in one of the best performances of her career as Jojo’s mother, who will do anything to protect her son but is also willing to risk her life every day as part of the underground effort to rid her homeland of its poisonous regime.

“Jojo Rabbit” draws upon the past to make salient points about the state of the world today, with Waititi urging us (sometimes in not-so-subtle ways) to pay attention to history, to learn from it, to strive to be better. Hardly a new message, but still one well worth delivering. And if it takes a cartoonishly dopey Hitler character to help send that message, why not.

A Chicago Sun-Times columnist for more than 20 years, Richard Roeper reviews movies as they hit the screen.

3 and a half stars 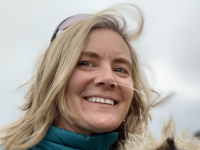