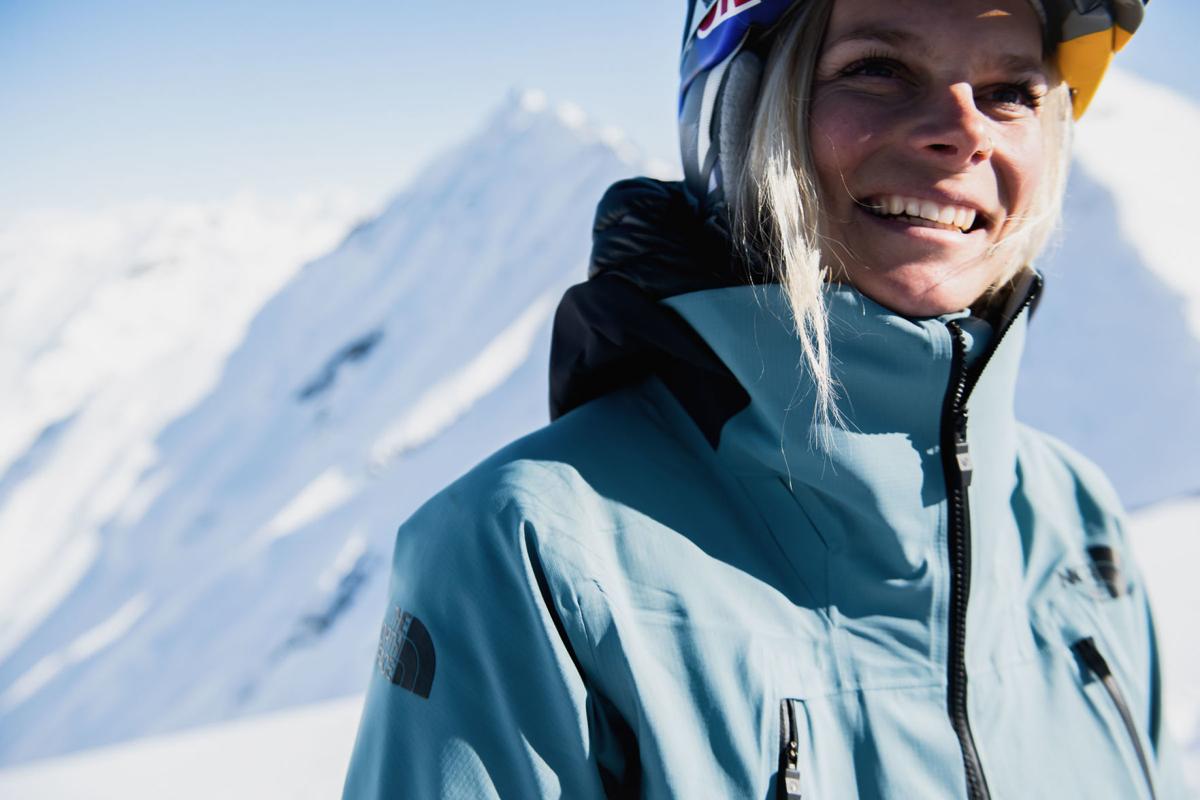 Collinson grew up in Park City, Utah with her co-star and brother John Collinson. She was the first woman to win Powder Magazine’s “Best Line” Award in 2015. 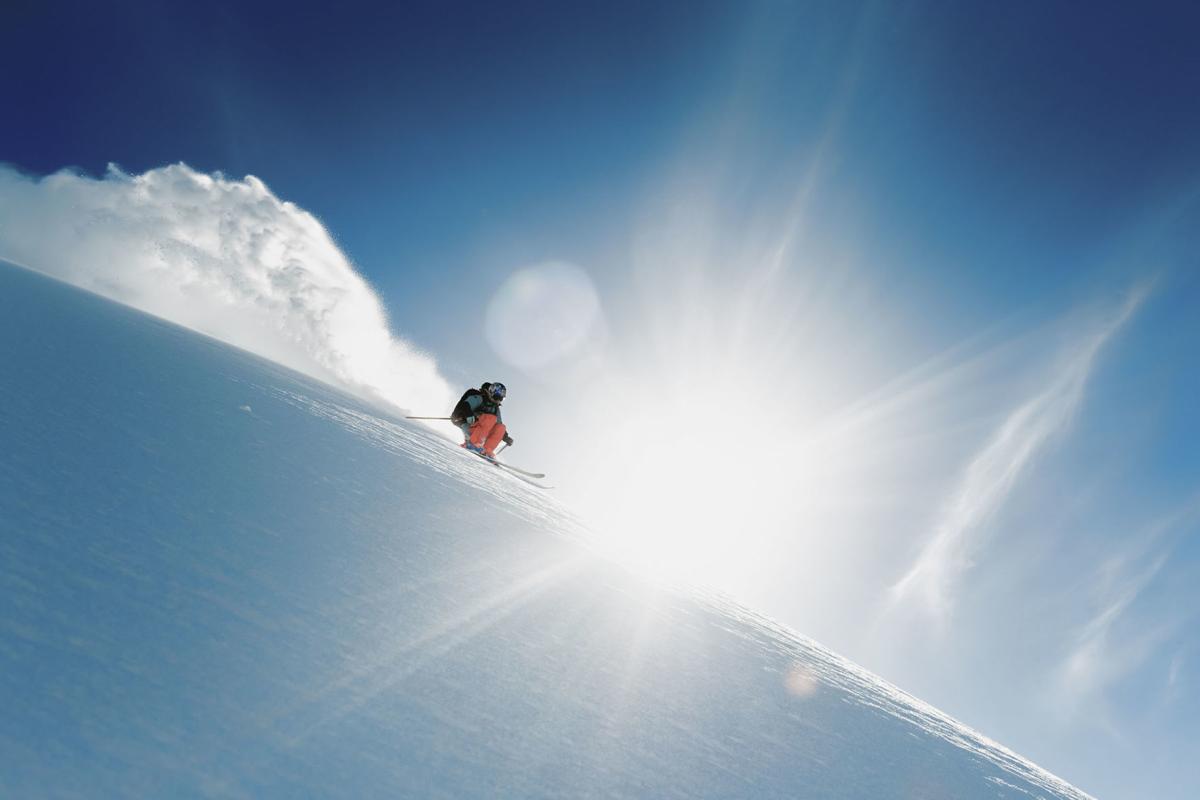 In her eighth appearance with Teton Gravity Research, Angel Collinson is seen ripping through Alaska in a shot that earned her the starring spot on the movie’s poster.

Collinson grew up in Park City, Utah with her co-star and brother John Collinson. She was the first woman to win Powder Magazine’s “Best Line” Award in 2015.

In her eighth appearance with Teton Gravity Research, Angel Collinson is seen ripping through Alaska in a shot that earned her the starring spot on the movie’s poster.

Steve and Todd Jones stumbled upon the perfect recipe for ski movies when they made their first flick, “The Continuum,” in 1996: one-part pow shots, two-parts charismatic talent, three-parts Alaskan eye candy, sprinkle in some snow and bring to a boil.

This tried-and-true formula has kept winter stoke alive for the past 24 years, and this year’s annual snow film “Winterland,” which premieres this Saturday, will pay homage to that tradition.

“The first time I saw ‘The Continuum’ 24 years ago, it epitomized everything about what a ski film should be,” said Jon Klaczkiewicz, “Winterland” co-director. “This is really an ode to that. We were referring to it as ‘The Continuum 2.0’ while we were making it. It’s just a classic ‘get pumped for the winter’ ski film.”

The film explores the idea of “Winterland” as a timeless, magical and mystical place that has existed for centuries. In the field Teton Gravity athletes explore new lines in Alaska, British Columbia, Europe and Jackson Hole. From the cutting room the film crew weaves in historical narratives about the early inventors and athletes who helped push the sports to new heights.

“Our experience in the mountains is shaped by the conditions at the moment, but also the legends and lore of those who came before you,” Klaczkiewicz said. “The stories that you hear combined with the meteorological conditions that come together to have great snow conditions — and the people you’re with — make it magic.”

The 2018-19 winter season certainly didn’t lack in the conditions department. If you’ve ever been overzealous on a powder day, know that extreme athletes are the exact same — great conditions lead to great skiing, and there was an abundance of great skiing to choose from for this year’s film.

“This might be one of the best years of action I’ve ever seen,” Lead Editor Jill Garreffi said. “So many sick shots just hit the cutting room floor because we just didn’t have space.”

The rowdiest segment can be credited to poster star Angel Collinson and Elyse Saugstad’s party ski of a big Alaskan face this spring.

“We were both going to ski different lines, but on top we radioed down to the guides to see how the safety crew felt about us shredding this line together,” Collinson said. “It was one of the coolest experiences.”

Collinson is a seasoned Teton Gravity veteran with eight films under her belt. Saugstad joined the formal roster with “Rogue Elements” in 2017. This year was the first time Collinson had ever had female companionship on the big Alaskan spring trip.

Women have been featured in Teton Gravity films since “The Continuum” but a variety of factors — namely industry standards and sponsorship opportunities — have contributed to a lack of female faces in adventure sports media across the board, not just at Teton Gravity. That is one part of skiing’s history “Winterland” doesn’t necessarily uphold.

For one, there are a multitude of female athletes in this year’s film. Canadian pro-skier Christina Lustenberger joined returning Teton Gravity athletes Collinson, Saugstad, Hadley Hammer and Robin Van Gyn to bring this year’s total female athlete count to five.

Collinson pointed out that there was never any discussion of “having to” bring more women into the fold. That all happened organically.

“All these women are here because they’re really good at what they do and they add a lot to the team,” Collinson said. “It’s not like we were saying we need more females working on the film or in the movie.”

Though these athletes and filmmakers are experts in their own right, in such a male-dominated industry this advancement is definitely something to be celebrated, and Teton Gravity recognizes that.

“That’s probably literally never been done in all of action sports,” Jones said. “It’s a super cool thing and something I’m super proud of.”

Before the premiere on Saturday, TGR is throwing FarOutFest, an all-day, all-ages festival with live music, food, biking and booze at Teton Village. Festivities, which include face painting and the reopening of the JHMR Bike Park, start at 1 p.m.