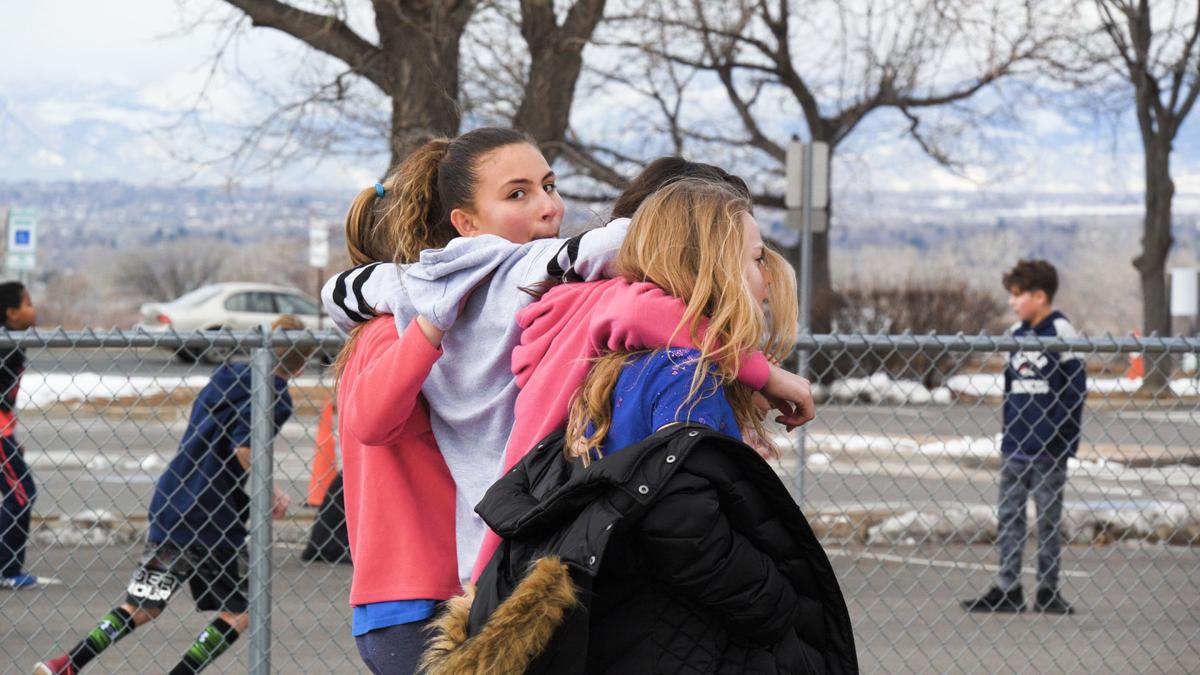 A scene from “The Upstanders” shows girls walking on their school’s campus. The film delves into different forms of bullying and offers strategies to combat it.

IndieFlix Foundation’s original documentary “The Upstanders” discusses how bystanders of bullying can transform into “upstanders” who safely intervene.

A scene from “The Upstanders” shows girls walking on their school’s campus. The film delves into different forms of bullying and offers strategies to combat it.

IndieFlix Foundation’s original documentary “The Upstanders” discusses how bystanders of bullying can transform into “upstanders” who safely intervene.

Director and Executive Producer Scilla Andreen saw that bullying among friends, families and coworkers had evolved along with technology. So she decided to make the movie to explore the problem and offer practical strategies to combat it. But it wasn’t until she made the movie that she realized how ubiquitous the problem was.

“Online bullying is epidemic,” she said.

Andreen said cyberbullying follows students home from school in the form of social media posts and text messages. Even as many schools across the country are temporarily shuttered as a coronavirus precaution, cyberbullying can persist.

“The Upstanders” is the third film in a trilogy that began with the documentary “Like,” which was about the impact social media has on our lives. Andreen was inspired to produce “Like” at the urging of a friend who later died by suicide.

“I didn’t set out to make these movies until she died,” Andreen said. “And then I had to make ‘Liked’ and ‘The Upstanders.’ ”

Andreen explored mental health challenges with “Angst.” This second film’s goal was to raise awareness about anxiety and its far-reaching effects. “The Upstanders” followed.

The subject of the film intersected with Andreen’s own experiences growing up.

“I made this movie because I had been bullied really badly as a half-Chinese kid in Breckenridge, Colorado,” she said. “I made a promise that if I could prevent anyone else from feeling this way I would.”

“The Upstanders” is not only for those who personally experience bullying, but also for kids and adults who witness bullying. The film discusses that the larger the number of bystanders to bullying, the less likely it is that an individual intervenes. The bystander has the power to make an incredible difference.

“We all have bystanders and upstanders in us,” Andreen said. “We want to stand up when we see something wrong happening. This film shows how we can be upstanders in a safe way.”

“The Upstanders” shows bullying through the lens of students, parents, families, and experts. It demonstrates that even if a student deletes their social media accounts or blocks phone numbers, bullies can use other numbers to text screenshots of hurtful social media posts and continue to harass someone. The nature of social media that removes in-person connections is that it can make it easier for people to say and do things they wouldn’t do when they can see the other person.

“They don’t see the other person, so they are emboldened,” Andreen said. “They’re desensitized.”

Cyberbullying has the allure of drawing attention to the perpetrator and can then be easily reinforced by others online.

“We need to disrupt that pattern,” Andreen said. “We need to have parents much more involved in modeling kindness right now. We should be mindful that we are modeling behavior for our own children.”

The film seeks to show people how to spread kindness — for those who are bullied and for those who participate in bullying behaviors and their parents.

“Everyone should see this, including adults,” Andreen said. “It’s about resilience. It’s about connection and communication. People feel better when they are kinder. ”

One of the tips “Upstanders” gives viewers is to seek balance in their life, particularly with their social media use. Andreen explains that social media is designed to be addictive; however, if it is used properly it can be a positive form of communication.

“A study found that if you spend 20 minutes or less on social media it makes you feel good; it’s connection,” she said. “But if you spend more than 20 minutes at a time, it can put you toward a place of regret.”

Technology can be a wonderful tool, but limiting social media and maximizing real life interactions with people is a great way to create a healthy balance.

“We need more balance in life is what I learned by making this film,” Andreen said.

Andreen and her company IndieFlix will continue to produce films on difficult topics. Her fourth movie in this category will be “Lessons Learned,” which will focus on the state of our schools and how student and teacher burnout is prevalent and affecting many people.

Other upcoming projects include “Nevertheless,” addressing sexual harassment in school and the workplace and “Level Up,” which will explore the gaming world.

For now Andreen encourages everyone to see “The Upstanders” because there is a positive lesson for everyone in it.

“The film’s biggest message is that the world is moving so fast and technology is a great tool, but we need to pause, be mindful and find balance,” she said.