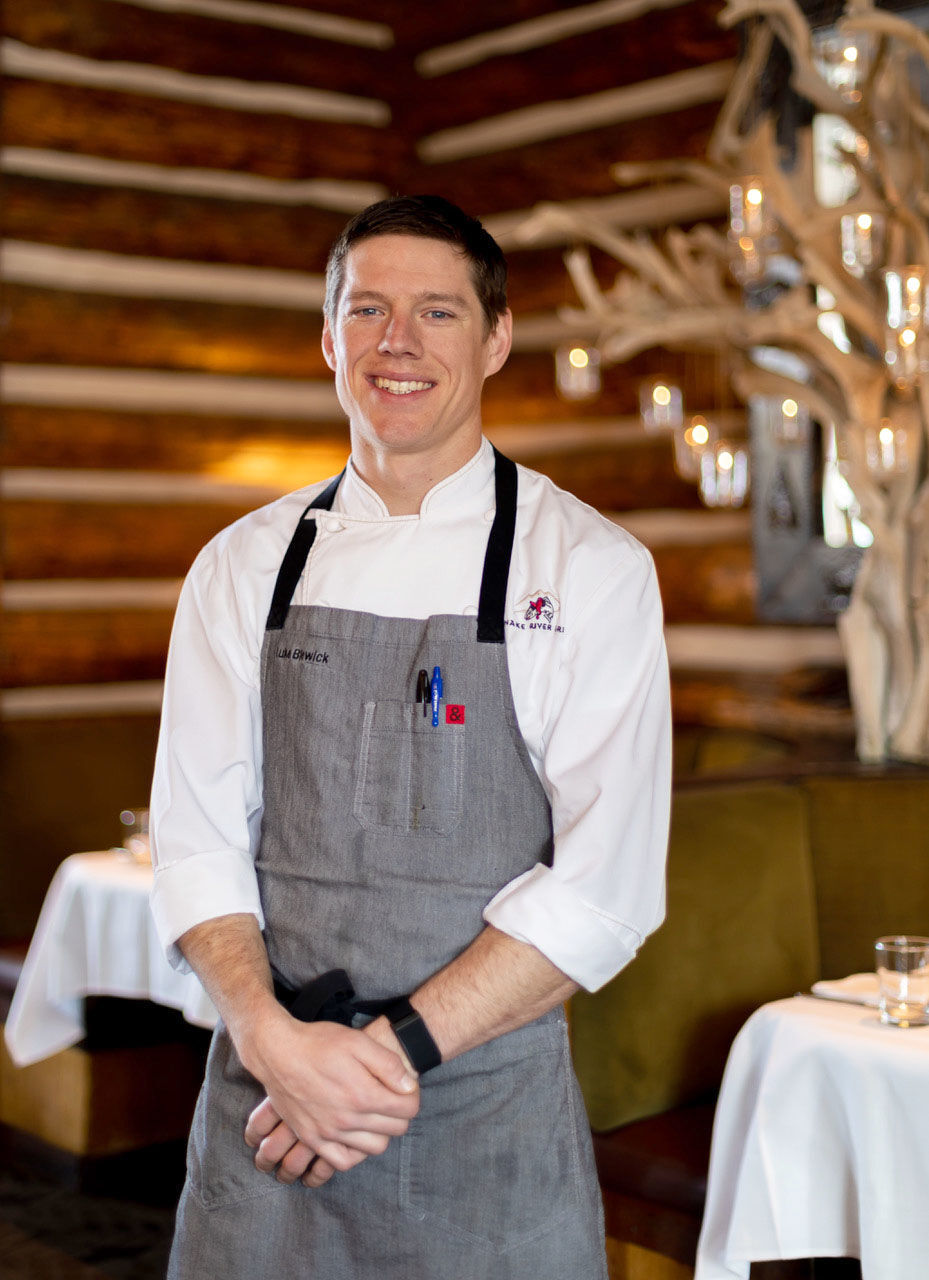 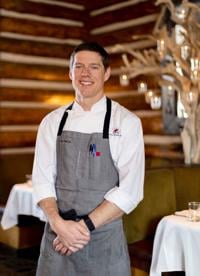 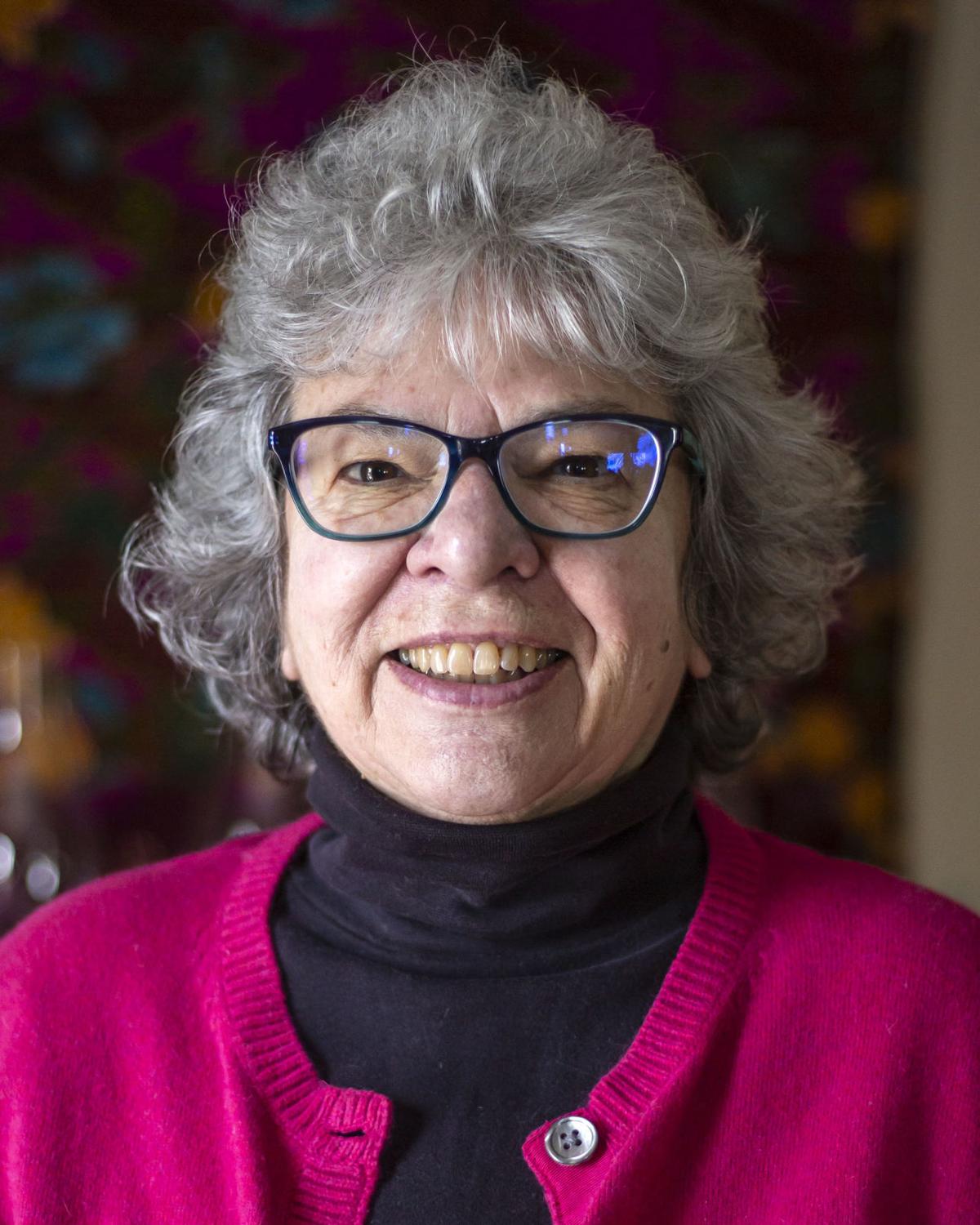 Taking the reins as executive chef at the Snake River Grill is a profound responsibility. Both the enormous amount of labor demanded and the intense attention to detail are daunting to contemplate. Luke Biewick has recently taken on the job.

This is the most difficult of times to provide hospitality. At the Grill, staff treats each diner well, always seeing to the guests’ satisfaction. Sharing the story of each dish, including the source of ingredients and the process of preparation, adds to the experience.

The influence that family imparted to Biewick’s sensibilities is instrumental. In Littleton, Colorado, the ritual of family dinners included his grandparents as well as his parents. As Biewick stated, “Food is a connection to culture. It is more than budget and commodity.”

Biewick started a culinary apprenticeship at Colorado Mountain College. That brought him to Keystone for three years, every six months at a different restaurant.

Biewick’s interests expanded to include live foods and culturing. After a summer at Jenny Lake Lodge he moved to Maui for three years, working as a baker under his chef mentor. “Hawaii is where I got deeper.”

It was his passion for climbing the granite mountains of the Tetons that drew him back here for a couple more summers at Jenny Lake.

In December 2017 he started as executive chef at the North Grille at Jackson Hole Golf and Tennis. He brought Colin Hemens, his sous chef from Jenny Lake, with him. They brought their skills to the kitchen and became more aware of how coordination and training with front-of-house staff increased the experience for diners.

Hemens is an integral part of this story. In 2011, when the young Biewick was hired as lead line cook at Jenny Lake Lodge, Hemens appeared from Boulder, Colorado, with a more humble title and a history of on-the-job restaurant learning. “He could cook circles around me,” Biewick said. “He has been there with skills and insights that have helped me in many ways.”

Hemens signed on to the Snake River Grill shortly after Biewick took the helm. The synergy of their teamwork is vital. This is the fourth venue where they have worked together.

We dined on this summer’s first night of hybrid dining, with some distanced tables available in the dining room. We enjoyed being seated on the deck, relishing yet another delicious summer evening.

Our first course was chicken liver mousse with raspberry gelee, black pepper shortbread and charred onion. Hemens’ take on this dish is delicately light. I’ve always loved shortbread, but savory with black pepper was a great idea and new to me. What an interesting counterpoint.

No way we would pass up a dish with fresh fettucine, braised Star Valley lamb, king trumpet mushrooms and Lark’s Meadow cheese. Each component added to the right balance. The texture of housemade pasta is the best. Tender, tasty lamb and mushrooms are a dynamite combination. And Kendall Russell of Lark’s Meadow Farms is my favorite cheesemaker.

Moroccan roasted vegetables is a dish at the top of my list of favorite entrees. Bright flavors and toothsome textures enchant me. Carrots, beets, turnips and daikon roasted and then sauteed in an exotic spice mix are enhanced by each addition. Vadouvan granola is a crunchy and savory take on seeds. It’s popular now and healthful to add seeds to our diets, coating them and roasting them into crackers, barks and even granola. Panisse is created from chickpea flour, formed into little baked or fried bars. Charmoula is a lively sauce that comes to us from the cuisine of North Africa.

The history of this dish, Biewick shared, came from a man he worked with whose mother was from Morocco, thus the cuisine he grew up with.

“Everyone knows something about food that you don’t know,” he said, “whether it’s a dishwasher from Nigeria or a guy that works at the grocery store.”

Picture it: blackberry-glazed Moulard duck breast. It’s a take on sweet and sour. The extra-large Moulard ducks come from a farm in Pennsylvania. The marinade for the breast includes Haderlie Farms honey. Grilled radicchio brings bitter. All summer the radicchio has come from Canewater Farm. This week that farmer, Rafe River, who transplanted himself from Georgia and has produced stellar quality produce in his new mountain terrain, called Biewick to explain that an elk ate the radicchio. Blackberry chutney adds the vinegary sour and peach puree the sweet. With the rich, crispy-skinned duck, the plate is completed.

As both of us are avid fans of blue cheeses, we could not resist a taste of the roasted Shumway Farms veal meatballs with blue cheese cream, garlic croutons and arugula. It was totally over the top and perfect at the same time.

Woodoven-fired housemade focaccia with Rendezvous cheese sauce is created by the hands of a chef who loves to bake. Rendezvous is another cheese from Lark’s Meadow Farm. It’s a high-altitude variety similar to Gruyere. The focaccia is a perfect recipe for those who have started bread baking again, or the first time, during these quarantine times. Remember that flour volume and weight differ with the brand of flour and the daily air pressure. Use your instincts. Go by feel. Bread is forgiving. Enjoy!  

Fill a large plastic or glass bowl with hard white wheat kernels. Cover with water and let soak for 8 hours or more. This removes acid and softens the grain. Drain the wheat in a strainer. Let it sit over night in a warm place to grow a little sprout, not more than a quarter inch long to make the best textured flour. Spread out on dehydrator trays or cookie sheets. Dry at 125 degrees for at least 12 hours. Grind into flour and use right away, or store in airtight containers until needed.

Put the warm water in a mixing bowl or in your mixer bowl. Add the yeast and a little bit of honey. Let sit for a few minutes until the yeast begins to form bubbles. Add six cups of sprouted wheat flour. Beat until smooth.

Add the oil and honey to the mix. Sprinkle in the salt. Add a couple cups of flour and mix. Gradually add more flour, about three cups, and mix or knead until a dough forms and pulls away from the side of the bowl. The dough will be elastic and not too sticky. Mix or knead for about 5 minutes.

Oil the loaf pans with olive oil spray or by hand. Turn the bread dough onto a lightly oiled counter. Shape into four or five loaves. Place in pans. Let rise until rounded an inch over the top of the pans. Preheat the oven to 350 degrees. Bake for about 35 minutes. Remove from oven. Let rest in pans on cooling rack for 10-15 minutes. Remove from pans to cool.