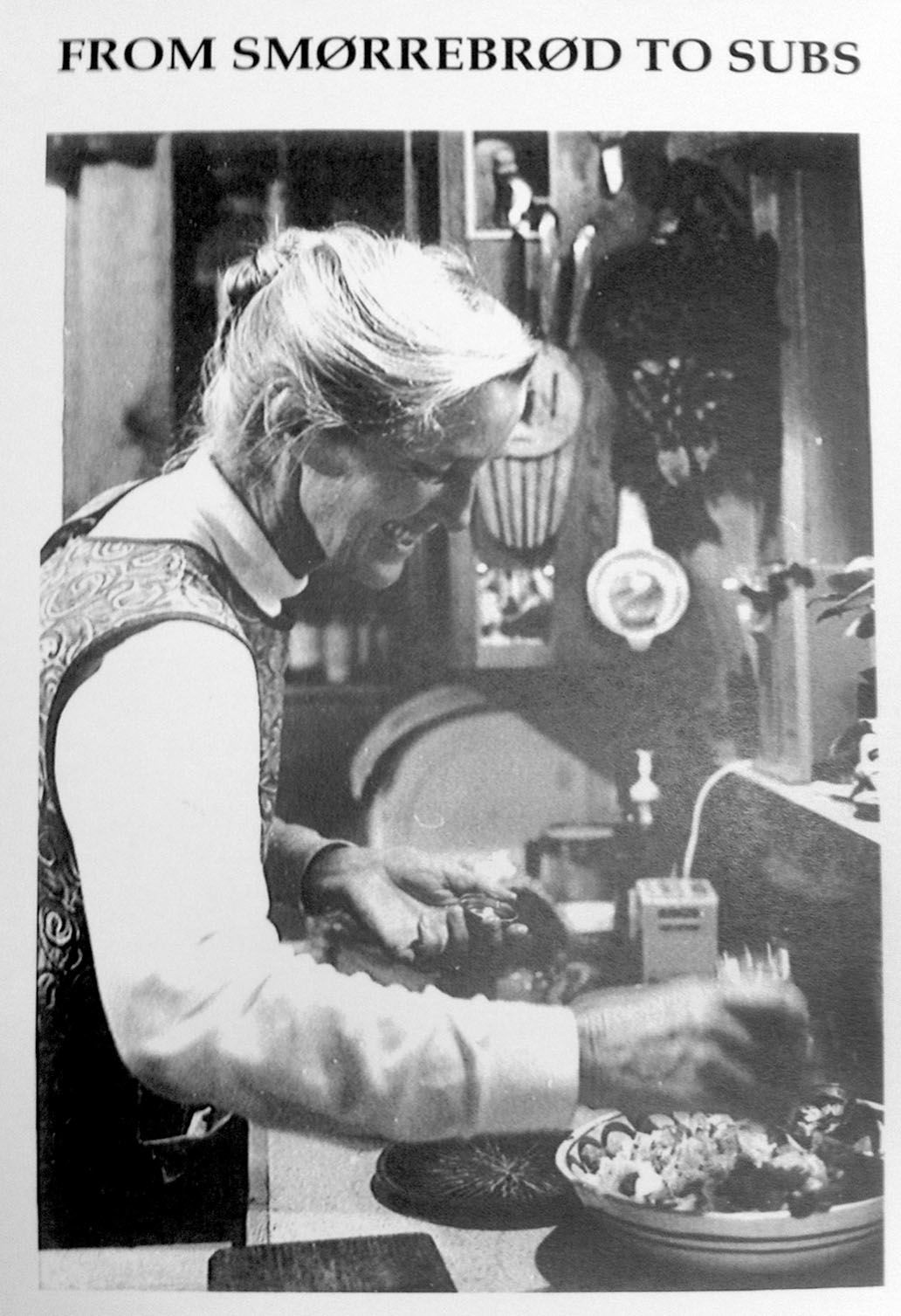 Inger Koedt recently published a cookbook of recipes inspired by the mountains, “From Smorrebrod to Subs.” The book is available at Valley Bookstore, Hungry Jack’s and the Jackson Hole Historical Society and Museum. 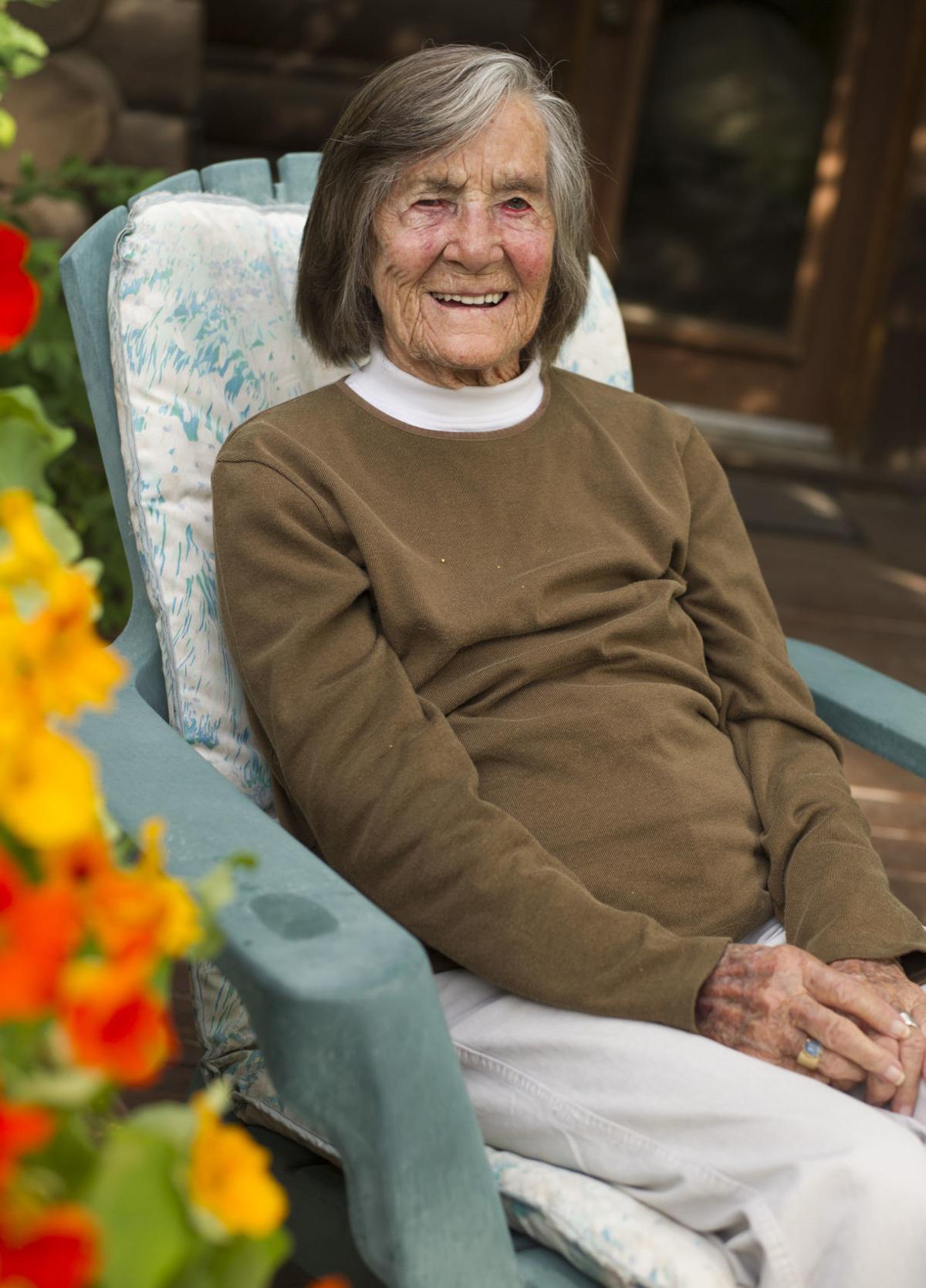 Inger Koedt recently published a cookbook of recipes inspired by the mountains, “From Smorrebrod to Subs.” The book is available at Valley Bookstore, Hungry Jack’s and the Jackson Hole Historical Society and Museum.

“From Smorrebrod to Subs, Inger Koedt’s Recipes for the Mountains” is as much a history book as it is a cookbook.

Inger Koedt is an iconic figure in the Jackson Hole community, both as a mountaineer and a cook. She is a pioneering woman of strong character who moved here from Denmark in the 1950s with her family. Approaching age 104, she is beautiful in a vibrantly healthy, lean, tanned Scandinavian style.

The new cookbook was published by a collaborative effort led by Reade Dornan. In addition to recipes for meals made for a life lived in the mountains, it shares stories from Koedt’s family history, as well as local legends.

Koedt celebrated her centennial birthday at Dornan’s on an afternoon in January 2015. In her many decades here she influenced many of the traditions and practices that make this valley unique. She provided nourishment from the earliest days, cooking at the Mangy Moose Spaghetti Emporium, as it was first called, and the Anchor Ranch in its heyday. The community of climbers and the folks at the Murie Ranch have been her close circle of friends.

The book provides a structure for the recipes, rather than exact instructions. The recipes present a framework from which people can choose to alter or add ingredients to create dishes appropriate to modern sensibilities. In their original versions they are delicious, just the thing to satisfy after a 10-mile hike or climb of some mountain peak.

Try to imagine the early days of white folks in this valley. The beauty of the natural surroundings was always here, but civilization had made a very small footprint. There were meager provisions to be found in the local grocery stores, just enough to get by. Winter was the worst, with the produce selection offering russet potatoes, onions, carrots, iceberg lettuce, celery and not much more. The selection of canned goods and dried goods was minimal.

Koedt’s recipes are simple and straightforward. With the ingredients that were available, she created delicious and hearty meals. Her bread recipes are a variety of delights from the days when store-bought bread was the equivalent of Wonder Bread and baking at home was the only real solution.

Koedt’s cooking style holds wisdom earned from years living, cooking and playing in the mountains. Many of her suggestions are valuable. For example, it makes good sense when provisioning for a backpacking trip that one might freeze a steak wrapped in foil to carry on the venture. It cools the pack and is available for an early meal. For those who are going on day adventures like hikes, climbs and swims, start the cooking process before departure so you may provide a feast upon return with little time and effort.

In the days when most cooks had a limited scope, she brought her sensibilities to share. A liver pate recipe is before its time in these parts. Delectable camembert fritters were beyond the scope of most locals until a variety of new flavors were introduced by Koedt.

Some of the ideas of the recipes may be expanded with the availability of today’s cornucopia of bounty. Choose to use stock instead of bouillon if you wish. Add available vegetables and fresh herbs. Honor the past and move into the present. Don’t forget or ignore the great beverage recipes.

Reade Dornan is an academic whose career was spent in the English departments of Michigan State University and Purdue. She taught literature and curriculum to prepare students as teachers. She has previously authored five books, and is now working on a book about young adult literature. When she married her husband David Dornan in 1964 they began to spend time in Moose, where he was raised. Koedt became a friend and mentor.

Dornan and Koedt worked on the book together. Dornan’s thoughtful editing has produced chapters on apres-ski drinks, Mangy Moose drinks, appetizers, breakfast and eggs, breads, soups, salads and salad dressings, sandwiches and other lunches with Smorrebrod and backpacking foods, entrees, fondues and vegetables and desserts. A table of contents and a thorough index help in navigating the book.

The book is available at Valley Bookstore, Hungry Jack’s and the Jackson Hole Historical Society Museum. It will be in Dornan’s Gift Shop by summer.    

Bru, who cooks for private clients, writes about the valley’s talented chefs. Contact her via columnists@jhnewsandguide.com.