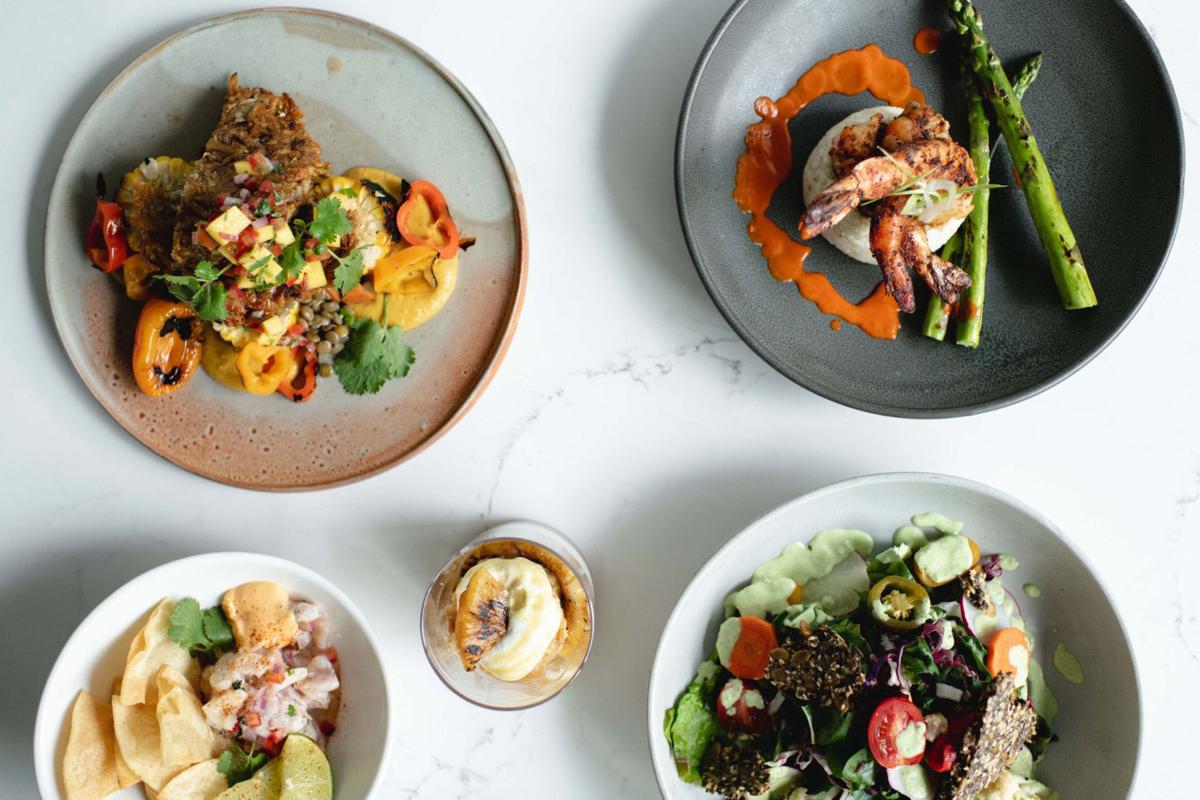 Food options are available at ProvisionsJH.com. Meals are delivered every Wednesday and Friday. 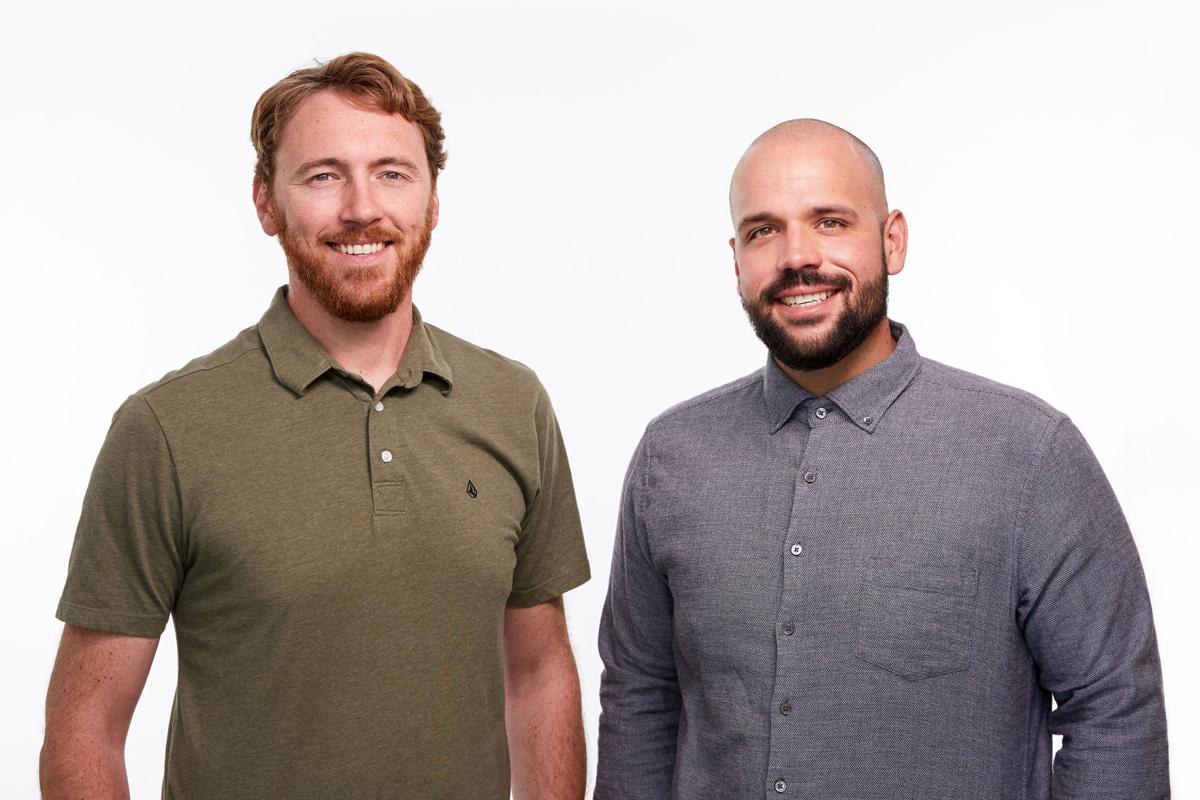 Food options are available at ProvisionsJH.com. Meals are delivered every Wednesday and Friday.

When the coronavirus pandemic turned the world upside down in March, chefs Clark Myers and Chas Baki were burning with the desire to feed people.

After all, that is what they do. Theirs is a brilliant, timely and much appreciated idea. Their new business, Provisions JH, is something that can help us through these times. What’s not to love about nutritious, healthy food carefully prepared and safely delivered to your door?

Creating Provisions JH was a natural next step for the two. Home delivery was the safest path for these restaurant-quality meals. This joint venture started in the Presbyterian Church’s kitchen. It was a blessing for their first three weeks. They rented it two days a week and worked long days. At first they offered three courses: an appetizer plus choice of two entrees and a dessert for $35 per person. They delivered dinners two days a week.

But word of mouth and an online presence fanned the flames, and Provisions JH grew. Myers and Baki soon created a business structure. They hired responsible drivers, who wear masks and gloves for delivering. The chefs soon found an available kitchen at The Rose. The menu keeps expanding. It now features five small plates, five entrees and two desserts as standard fare, delivered Wednesdays and Fridays. Rapid growth is the new normal for things that help our lives. As Myers said, “We say yes to things most chefs say no to. We are into adventurous and yet safe.”

Baki and Myers recently catered a barbecue for a party by a lake and a paired wine dinner featuring wines from the host’s cellar. They do custom menus for dinner parties. They like being on hand to explain the dishes and offer tastings.

I have come to expect the creative and unexpected from these chefs. Myers first came to my attention at Gather, and Baki after he stepped out at Palate. Their inventiveness and quality of offerings continue to inspire.

In his early culinary years, Myers worked at Jenny Lake Lodge. Under executive chef Josh Conrad, Myers learned to work hard. After he seriously tore his knee, he returned home to California for recovery. He scored a dream job at Farm Artisan Foods, but he realized how much he missed the clean air and the mountains. Returning to Jackson Hole, Myers worked under chef Wes Hamilton at Jackson Hole Mountain Resort. Hamilton, one of Myers’ mentors, was executive chef at Jenny Lake Lodge before moving from the seasonal position in the national park to the year-round community.

In the summer of 2011, Jenny Lake Lodge needed a sous chef. Chef Conrad had moved on to become the executive chef of all Grand Teton Lodge Company. He again hired Myers. By 2014, Myers was executive chef at Jenny Lake. While there he created a prototype environmental program, the first for a national park. He moved from the park to Gather in 2016. Soon after, Baki joined him there.

In 2001, Baki attended the Western Culinary Institute in Portland, Oregon. After a stint in Mount Hood, he spent a decade at Alyeska Resort in Anchorage, Alaska. He and his family moved to Jackson in 2014. The Blue Lion was his first job here. Baki worked under Wes Hamilton at Couloir and Piste and then as sous chef with Myers at Gather. When Palate opened at the National Museum of Wildlife Art, Baki became chef de cuisine.

“We highlight the fresh veggies we get from People’s Market and the Saturday Farmers Market,” he and Myers say of their cuisine. Starters include shrimp and ginger dumplings, saffron anancini and lettuce wraps. Salad choices are an Italian market salad (the recipe shared here) and a delightful spiked watermelon salad with arugula, goat cheese and toasted pistachios.

I totally enjoyed the vegan, gluten-free scallion pancake and miso-glazed tofu entree. Inspired by the Korean scallion pancake, the Provisions JH pancake is made with gluten-free flour, flax seeds, garlic, sesame oil, sesame seeds and sliced scallions. The tofu is grilled and glazed with a white miso glaze. The dish is finished with cabbage kim chi and grilled scallions. As we know, the planet would prefer our food choices to be vegan and vegetarian. This dish shows how we could choose the tread-lightly path with no suffering.

As my dining partner was raised in the Southern persuasion, shrimp and grits was a most pleasing combination served with grilled asparagus. I’m sure the Korean BBQ short ribs, Za’atar marinated chicken and smoked spare ribs are equally satisfying.

The dessert choices are a flourless chocolate torte accompanied by raspberry and decadent, creamy chocolate sauces. It melts in one’s mouth. The tres leches cake is an evolved recipe developed by Baki with three milks different from the original and a celestial refinement. Don’t hesitate to indulge.

There will be much more to come from these chefs and their new venture. Bon appetit.  

Bru, a longtime chef and columnist, writes about the personalities and people behind the dishes. Contact her via columnists@jhnewsandguide.com.