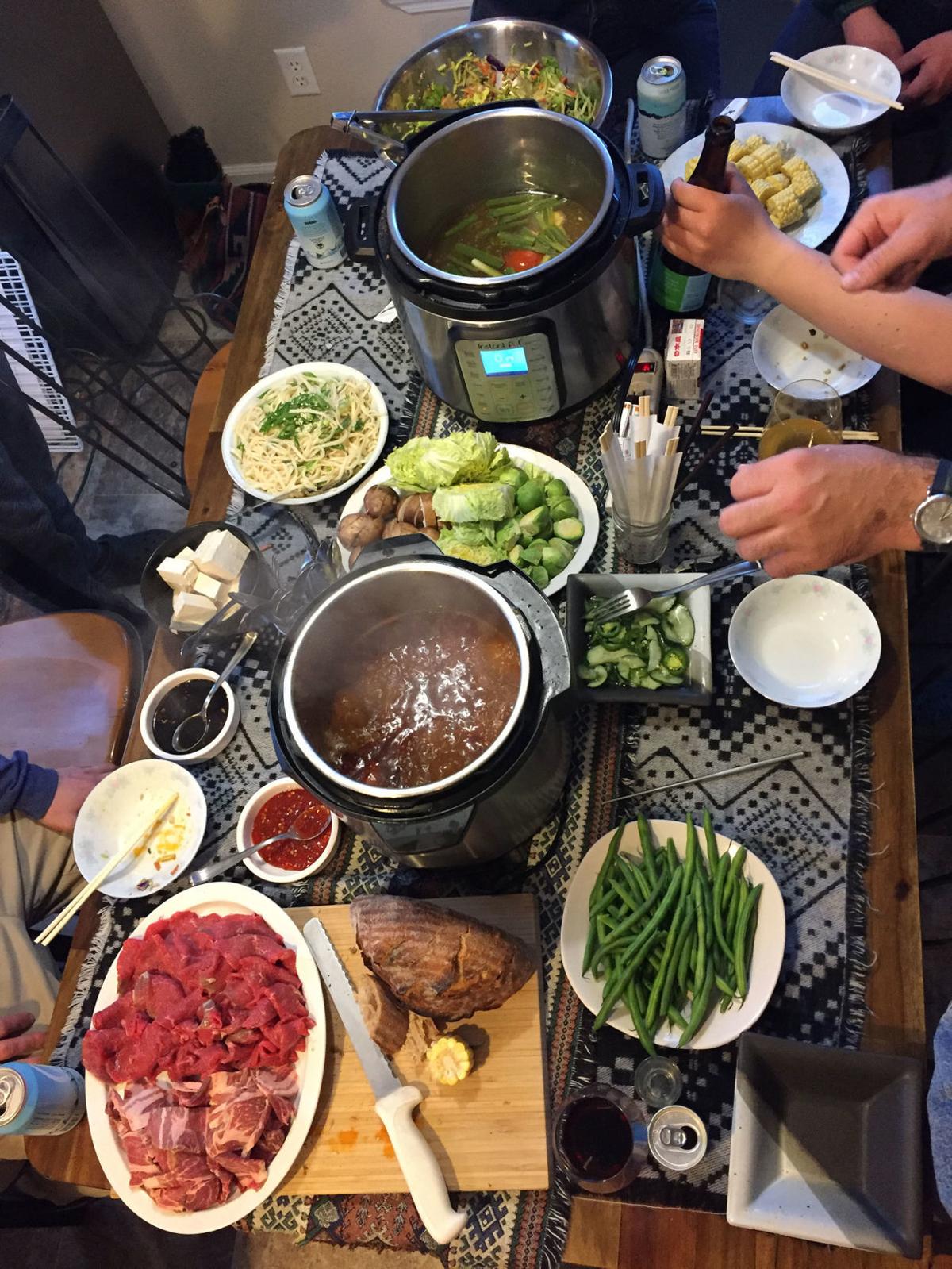 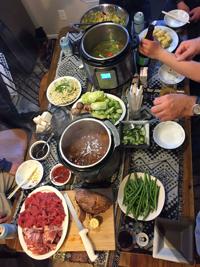 Food columnist Scott Eren was looking for a way to make hot pot when he stumbled on a solution: his trusty Instant Pot. 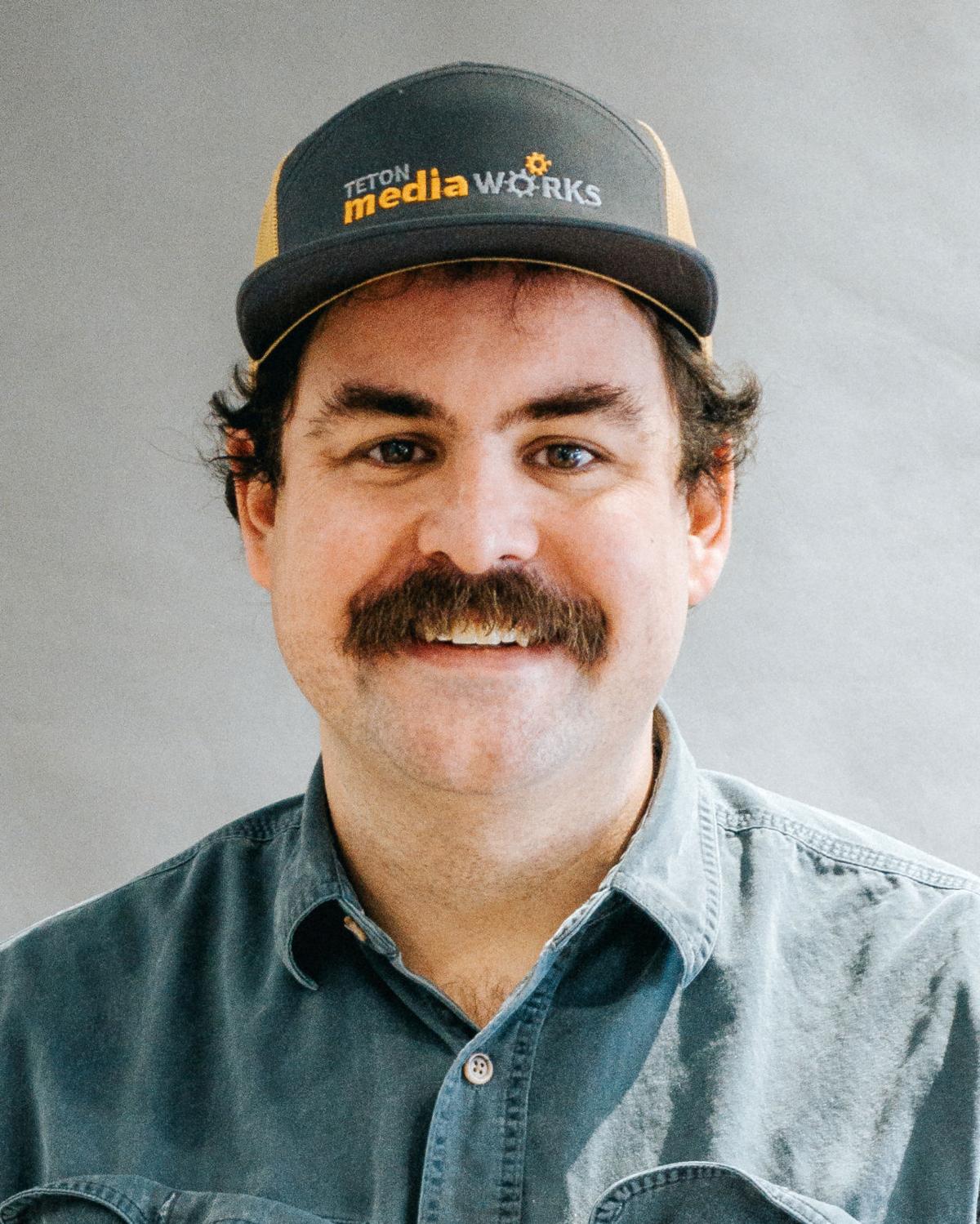 It’s time to talk about the Instant Pot.

As evidenced by the flood of Instant Pot recipes that fill cooking magazines and food blogs, Instant Pot owners seem to love the wildly popular crock pot. It seems to have spent the last two years working its way into nearly every kitchen in the world.

But while the Instant Pot does behave like a crock pot — it can saute and slow cook — its most interesting feature is its ability to pressure cook.

Pressure cookers work by building pressure in a hot environment, which in turn increases boiling temperature, cooking food faster. While pressure cookers have been available for generations, they used to be viewed as dangerous and hard to use.

The Instant Pot has an easy-to-close lid and push button features that have demystified the pressure cooking process and made the technique available to a legion of diehard fans, who, I’m told, call themselves “potheads.”

I’ve yet to find a pothead who doesn’t adore the product. One of my friends loves using it for soft boiling eggs. Another’s go-to recipe is chicken breasts and salsa quickly cooked and then shredded for tacos. I personally love the Instant Pot for making stews and stocks in ⅓ of the time, and I’ll never attempt to cook dried beans without one again.

A friend recently asked me to serve a Chinese-style hot pot meal, and the Instant Pot proved to be just the tool for the job.

Hot pot describes a manner of eating that involves dipping raw proteins, vegetables and starches into bubbling cauldrons of broth and oil. The flavor profile of the broths can vary, so I’ve included recipes for both a mellow, refreshing broth and a classic, spicy Sichuan-style broth. I’ve also tacked on a list of traditional hot pot additions, as well as my own addition: bread.

Even though it’s not standard hot pot fare, I love dipping bread in soup.

To pull off a hot pot meal the broth has to be kept at a rolling boil on the table rather than on the stove. In specialized hot pot restaurants, the tables usually have a central indentation and burner for a pot to be placed so that everyone can reach. I initially thought about getting a hot plate for hot pot, but it seemed silly to buy an appliance for such a niche dish. I thought about using a crock pot, but they typically struggle to maintain a rolling boil. Then it occurred to me — an Instant Pot had the mobility of a crock pot, with the ability to maintain the heat of a hot plate.

In addition to being the perfect tool for keeping food boiling at the table, I also recommend using your Instant Pot to make homemade stock for the hot pot broth. To do so, just add three pounds of chicken drums and thighs to your Instant Pot and fill it to the max line with water. Cook for 30 minutes and allow the oils to release naturally. Your 30-minute stock will taste like it spent hours simmering on the stove.

If you aren’t ready to commit to becoming a pothead, you can also make this meal on the stove top. But that’s just not as much fun as cooking with friends and family at the table.  

Scott Eren writes about his culinary interests twice monthly. Contact him at columnists@jhnewsandguide.com.

Make sure you have tongs, a slotted spoon, and a ladle set out on the table so folks can fish out food from the pots. All diners should have a bowl, spoon, and chopsticks.