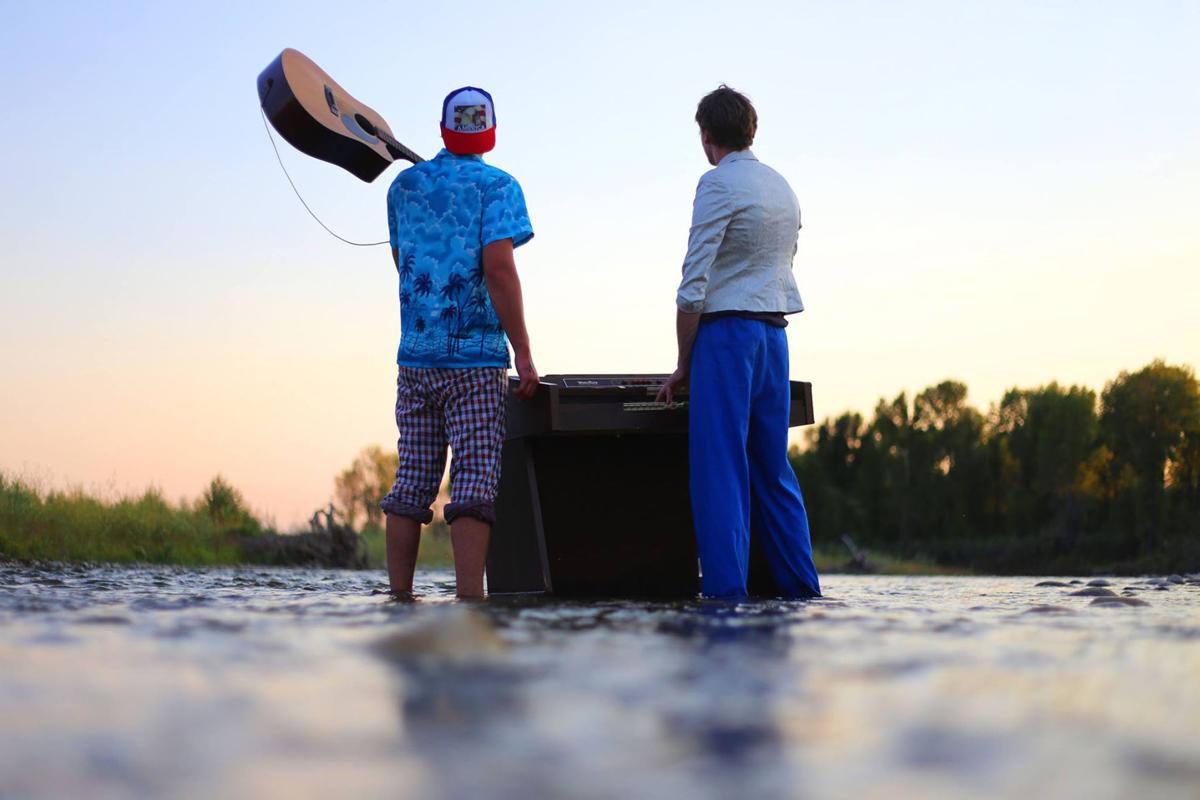 Bo Elledge and Dusty Nichols, the two main members of Canyon Kids, are pictured here. The band has released a new album, “Leviathan,” which has a political slant. 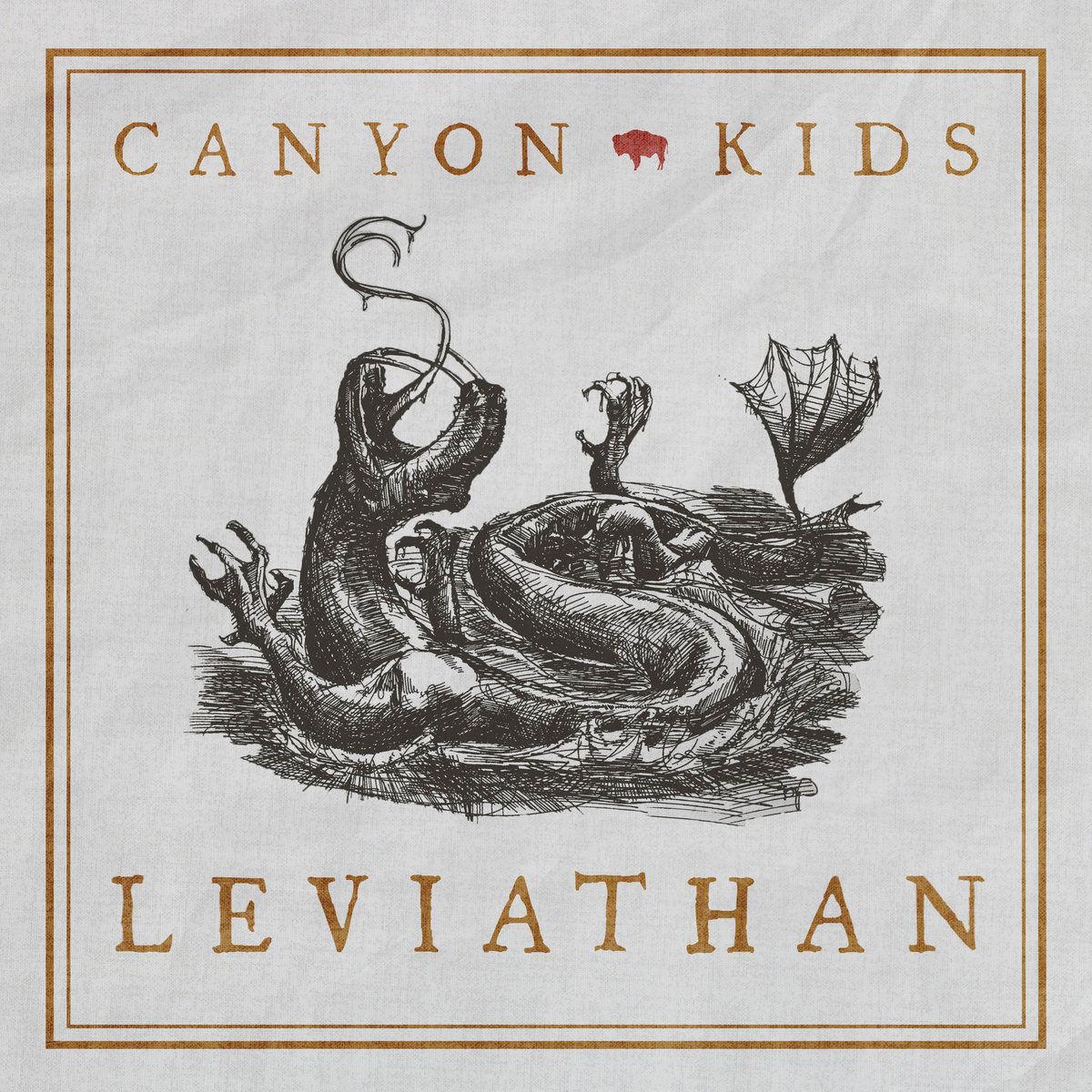 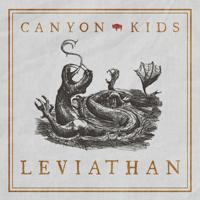 Jackson band Canyon Kids just released a digital version of their new album “Leviathan.” A physical copy will be released later this week.

Bo Elledge and Dusty Nichols, the two main members of Canyon Kids, are pictured here. The band has released a new album, “Leviathan,” which has a political slant.

Jackson band Canyon Kids just released a digital version of their new album “Leviathan.” A physical copy will be released later this week.

The new Canyon Kids album is one of details.

“Nostalgia” features the glockenspiel. The instrument creates a sense of childlike nostalgia, almost like a bike bell. The song also uses a trumpet, an instrument that by nature weaves its way through the past and present, aurally tying the two time frames of the song together.

It’s a clever choice, to say the least.

Dhamsania’s voice is on display, with crooning, echoing “oooo’s” that follow vocalist Elledge’s pleas as he sings of a love as seductive and dangerous as a semiautomatic.

Those details are everywhere on the album and help it stand apart from today’s overcrowded folk rock landscape. From the repeated snare rolls to similar guitar riffs to the song “Blowback Blues,” which feels less like a sequel and more like a response to “Blowback,” which precedes it, the band clearly took care with every aspect of the album.

A lot of the recording was done in Nichol’s bedroom studio, with Elledge occupying a bedroom in the same house. Maybe close proximity kept the inspiration flowing.

“Bo just moved in here, so we figured, ‘Hey, let’s just get it done,’” Nichols said back in December, when the album was still in process.

The album was written entirely by Nichols, which is a departure for the band.

The album is as weighty as its monstrous title implies, sometimes to its own hindrance. Nichols hasn’t shied away from the political undertones in each song.

“All these songs have a political theme to them, which is new territory for us,” Nichols said. “It’s always something I had an interest in, and I was a political science major in college, and it’s a number of different themes all connected politically. Things I think are interesting or unjust and that’s what I’ve been writing about lately.”

It’s hard not to hear the album without the current political world in mind, and that’s intended. Anxiety and tension drip through every note and lyric. It’s neither a love album nor a breakup album; it’s an album about what you hold onto when nothing is certain and you start to feel the Earth crumbling around you.

“One of the songs is about the war on drugs, another is about cases of blowback in our foreign policy,” Nichols said. “Another is about Trump supporters and this atmosphere of nostalgia and wanting to make America great again and fantasizing about that. I’ve got a song about guns. The last song is about King Abdullah II, the current king of Jordan, who I find to be a fascinating guy.”

While “Nostalgia” is the first proper song listeners will hear (the first song is just an instrumental introduction), the band doesn’t cling to nostalgia in the hopes of gaining fans as folk peers The Lumineers, Mumford and Sons, and so many other have done. The band plows forward, mixing blues, rock, jam-bandesque moments and a true dedication to the instruments played and Nichol’s lyric driven-mind.

“It’s so different,” Bo Elledge said. “The last album was the most Americana upbeat hokey thing. This is upbeat, but it’s more in your face rock ’n’ roll, here’s what were not content about.”

At the end, when nothing feels certain and the ground feels more unsteady and you struggle to control, what else can you do but plow forward?

"Leviathan" can be heard and downloaded at CanyonKids.Bandcamp.com