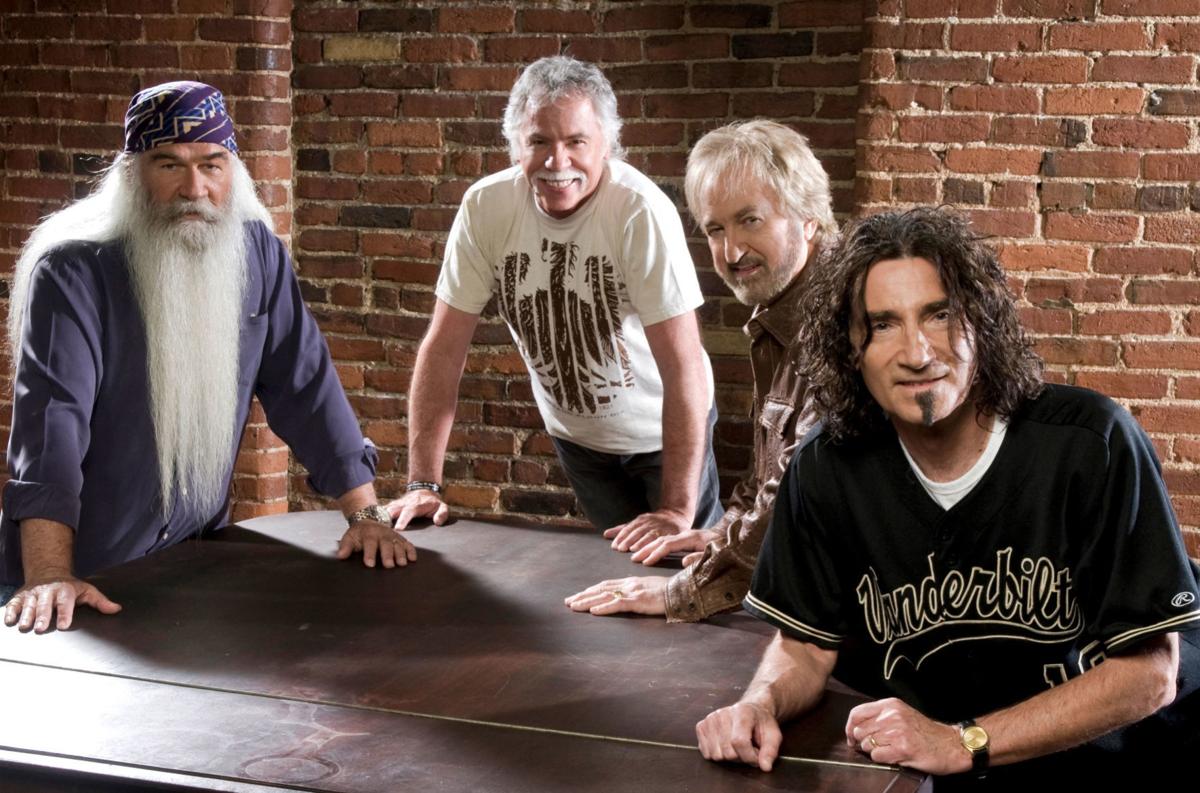 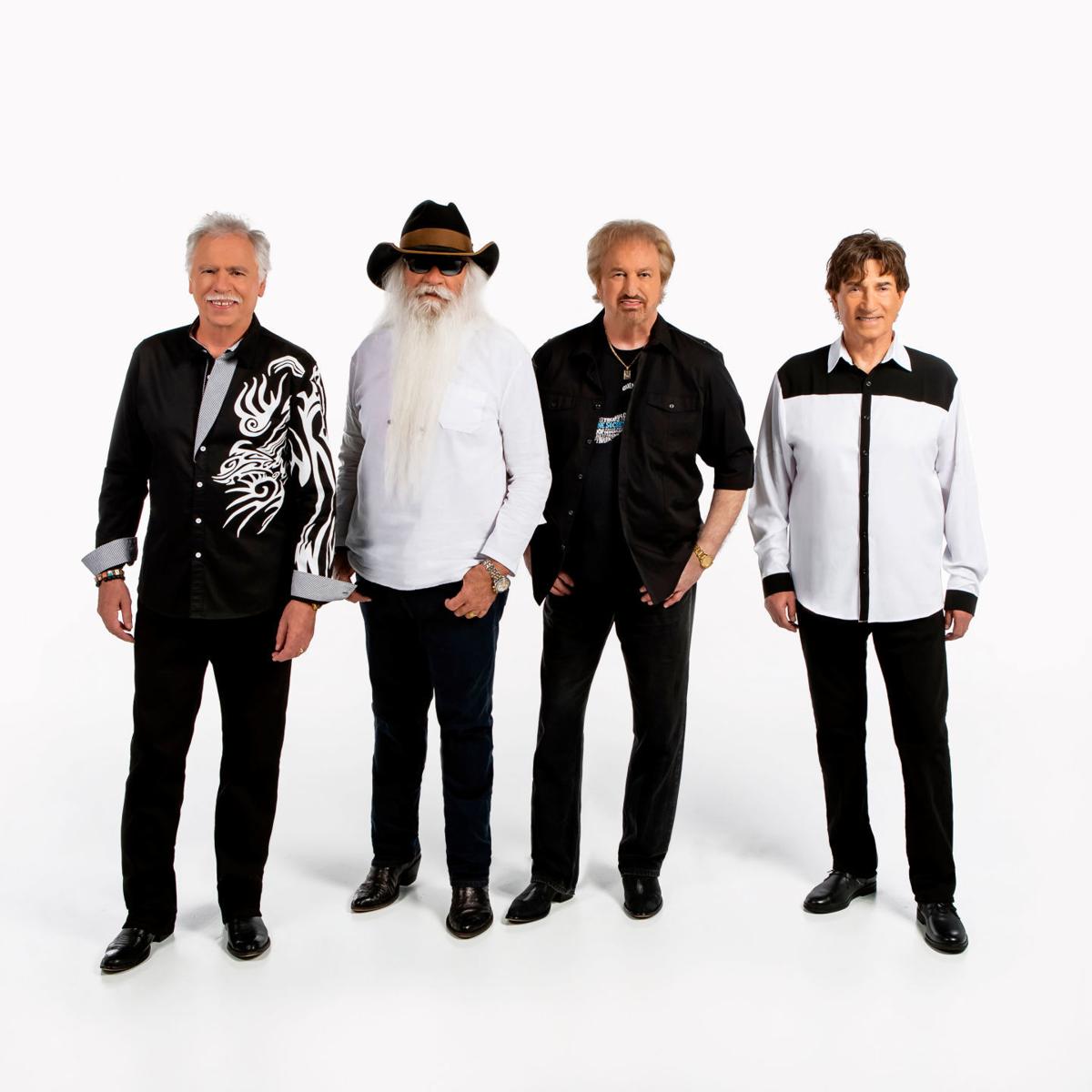 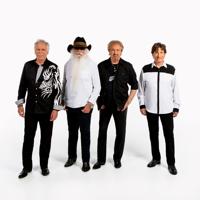 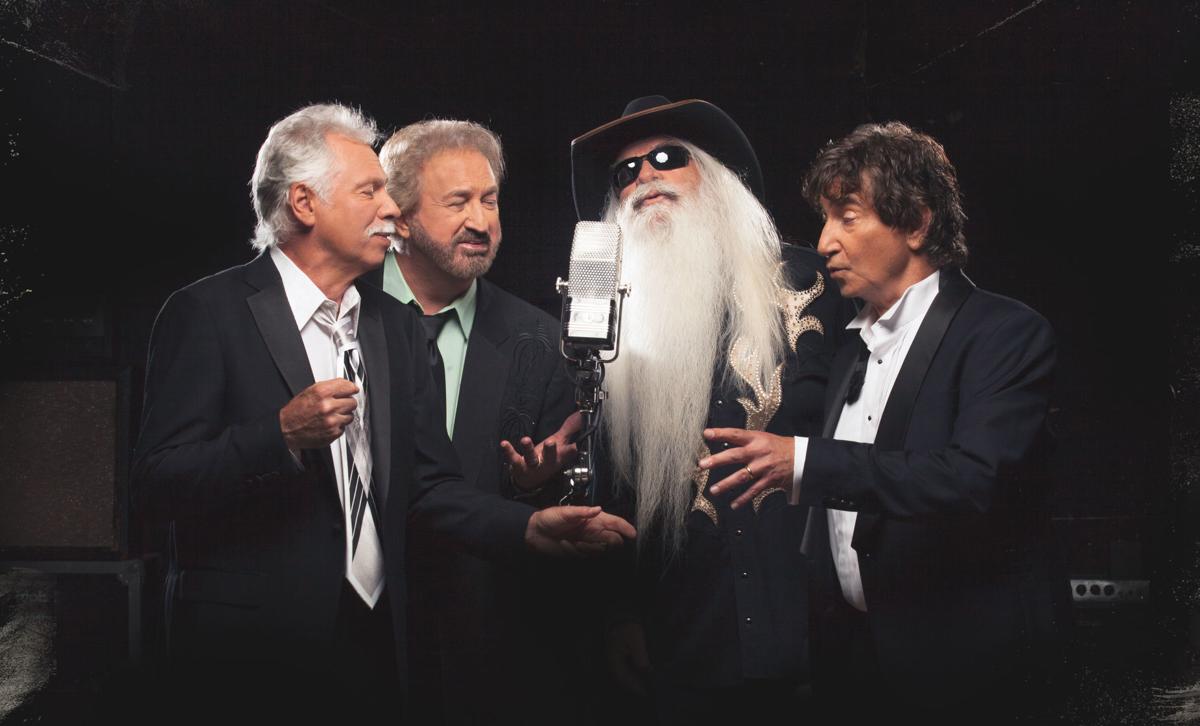 The Oak Ridge Boys — Joe Bonsall, Duane Allen, William Lee Golden and Richard Sterban — will perform two shows Sunday and Monday at the Million Dollar Cowboy Bar. Both shows are sold out, but there’s a waitlist.

The Oak Ridge Boys — Joe Bonsall, Duane Allen, William Lee Golden and Richard Sterban — will perform two shows Sunday and Monday at the Million Dollar Cowboy Bar. Both shows are sold out, but there’s a waitlist.

Way back in the early 1940s, during World War II days, in Knoxville, Tennessee, a country band called Wally Fowler and the Georgia Clodhoppers could be heard regularly on WNOX-AM as well as at popular venues throughout the region.

One day Fowler, who also was a promoter and noted impresario of the time, received a call from the nearby Oak Ridge National Laboratory, a mysterious compound up in the Appalachian hills where hundreds of scientists and researchers worked and lived, often with their wives and children. The powers-that-be there were looking for some entertainment for their wards, who because of the high security of Oak Ridge generally were not allowed to go off campus much.

Fowler and his Clodhoppers obliged and apparently were such a hit that they were asked back again and again, eventually earning security clearance to what we now know was one of the nuclear research facilities working on developing the atomic bomb. And they earned a new name: The Oak Ridge Quartet.

Fowler, Lon “Deacon” Freeman, Curly Kinsey and Johnny New sang mostly country gospel. They recorded and performed at the Grand Ole Opry throughout the decade. When Fowler’s cohorts split to form a new group, he hired another foursome, the Calvary Quartet, to take on the Oak Ridge Boys persona, though he later sold the rights to the brand to member Smitty Gatlin.

After a few personal changes, the group stabilized with Gatlin singing lead, Ron Page singing baritone, Herman Harper on the bottom, Willie Wynn singing tenor and Tommy Fairchild at the piano. By 1961 they were recording and performing under the name that generations of country and gospel fans would come to know and love: The Oak Ridge Boys.

Though the lineup has changed, the concept has stayed strong, and the Oak Ridge Boys — since 1973 Duane Allen, Joe Bonsall, William Lee Golden and Richard Sterban — have continued to tour and record, racking up 31 studio albums and 56 singles, including 1981’s certified double platinum album Fancy Free. The group has won five Grammys, four Country Music Association Awards and many other such honors and was inducted into the Gospel Music Hall of Fame in 2000 and the Country Music Hall of Fame in 2015.

A sign of the enduring devotion of the boys’ fans was clearly displayed in June when tickets for a show at the Million Dollar Cowboy Bar sold out in five minutes, leading organizers to add a second night. Tickets for that show lasted nine minutes, but the Cowboy has a waitlist for folks who still have hopes of getting in for the social-distance-friendly, sit-down concerts set for Sunday and Monday.

“These will be out first live performances since Myrtle Beach on March 14,” baritone Sterban said recently, speaking from his home in suburban Nashville, where his three musical partners also live. “We’re looking forward to that. We’ll still have to do some social distancing. … but in the music business all of us have been hurting. We’ve got to get out working.”

Remarkably, after more than 50 years of performing, The Oak Ridge Boys have never played in Jackson, as far as Sterban could recall.

“But we’ve played in different places in Wyoming over the years,” he said, “including the Granddaddy of all the Rodeos” — Cheyenne’s world-famous Frontier Days — “and we have lots of friends there, lots of fans.”

Sterban said he couldn’t think of another act that had the history that The Oak Ridge Boys share. Continuing that proud legacy is one of the things that keep the quartet going.

“That and we love doing what we do,” he said. “We are the happiest when we are onstage, making music onstage for our fans. That’s the truth. It hasn’t changed over the years.”

And there’s a special relationship between the members.

“Each guy in the group is different, each guy brings something different to the table,” he said. ”But we have learned to respect that difference between the four of us. We realized a long time ago that we really need each other.

“And,” he was quick to add, “we actually like each other. We travel together on the same bus, live nearby, our families get together. That special friendship is something that’s very important to our longevity. It’s a true brotherhood.”

With such a vast repertoire, Oak Ridge Boys audiences know they can expect just about anything from a live performance, and Sterban said the group’s goal is indeed to offer a healthy cross-section of 50-plus-years of music making.

“When we come to town to do our show, we also know people want to hear the hit songs,” he said. “So along with new music recorded in recent years we’ll include a lot of those hits.”

Sterban even promised he’d give the Cowboy a taste of his famous “oom papa oom papa mau mau” from the group’s ’81 hit “Elvira.”

“It’s just a great night of good family entertainment,” he said. “That’s what we do, who the Oak Ridge Boys are — a family act, with no profanity. All our material is about good wholesome positive things.”

To inquire about tickets or to get on the waitlist, call the Million Dollar Cowboy Bar at 733-2207.  

This would be awesome to go see. I'm definitely going! Oh wait, corona virus with 500 people smashed together in a tight sweaty space spitting on each other to talk. Nah. No thanks. Not this year. Why are bars even open?