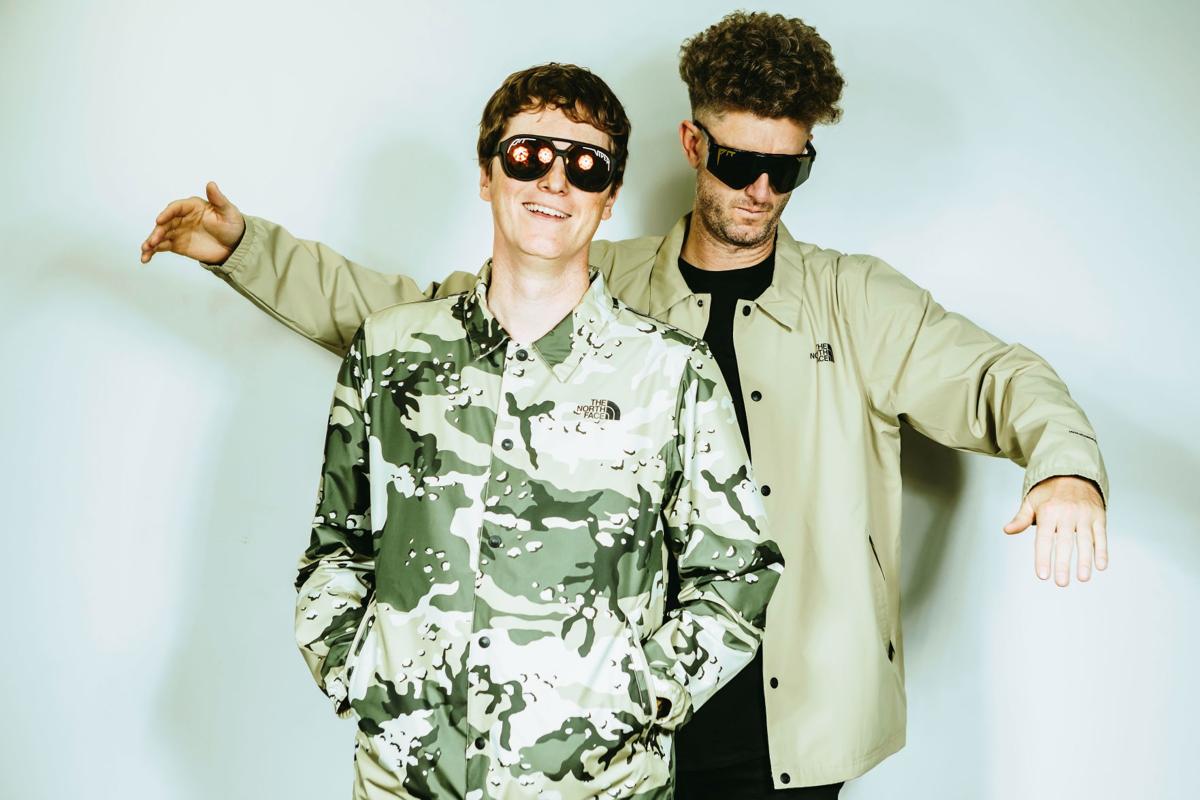 Tim Livingstone and Dave Rollinson, known as Dave Rollie, met in Whistler, British Columbia, where they bonded over mutual passions for electronic music and playing in the snow. 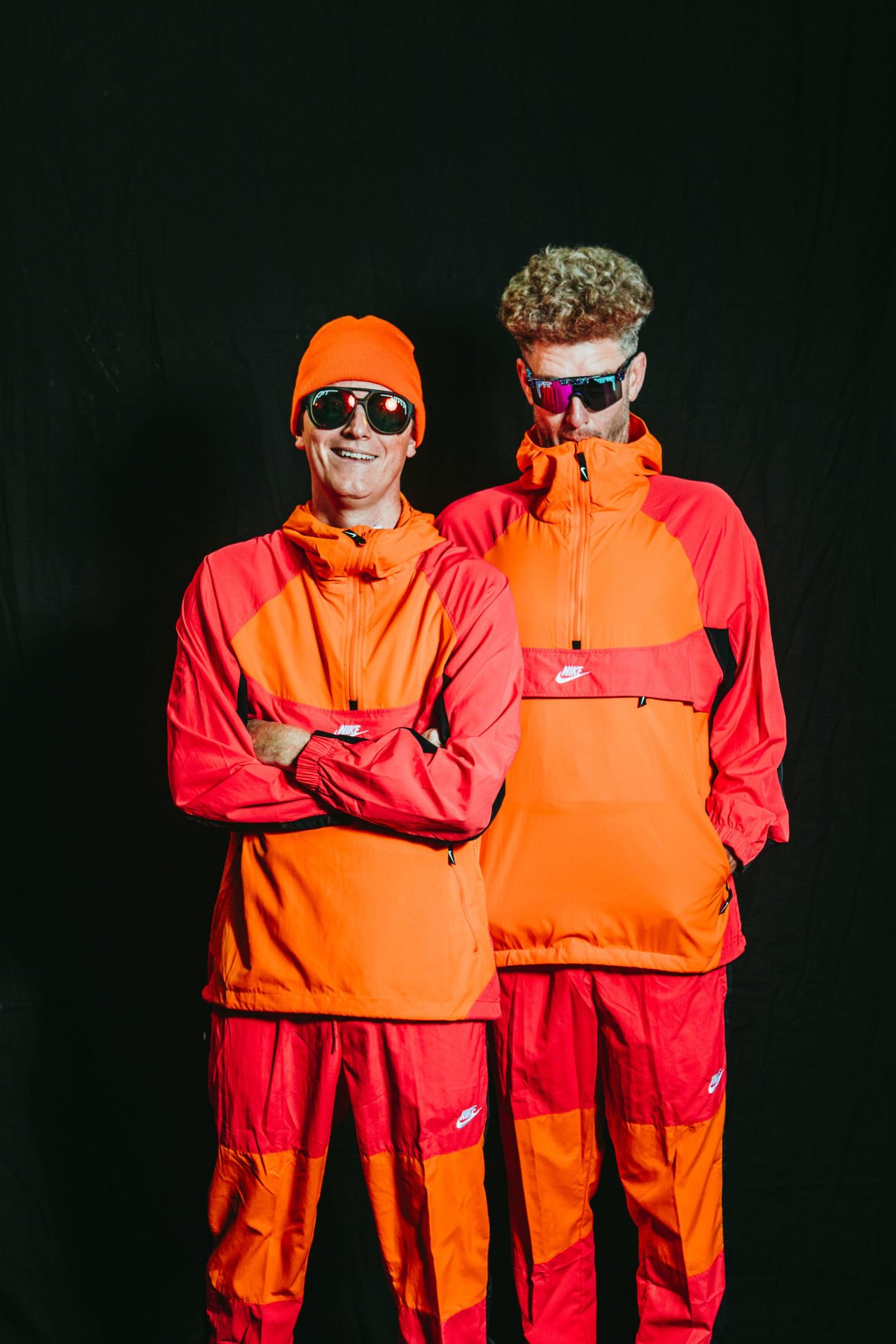 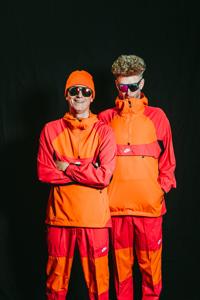 SkiiTour has been making high-energy records and playing shows that often involve retro ski gear and snow machines for nearly a decade. They will perform at 10 p.m. Friday at the Knotty Pine Supper Club in Victor, Idaho. Tickets cost $10.

Tim Livingstone and Dave Rollinson, known as Dave Rollie, met in Whistler, British Columbia, where they bonded over mutual passions for electronic music and playing in the snow.

SkiiTour has been making high-energy records and playing shows that often involve retro ski gear and snow machines for nearly a decade. They will perform at 10 p.m. Friday at the Knotty Pine Supper Club in Victor, Idaho. Tickets cost $10.

The guys in SkiiTour have noticed some differences between the Canadian Rockies and the U.S. Rockies, and not what you’d think.

“We can buy weed in a store, but for some strange reason cannot find iced tea without sugar,” Tim Livingstone said.

Taco Bell is way better in the states, Livingtone said, and he and Dave Rollie, the other half of the SkiiTour duo, are addicted to it.

“If we don’t eat Taco Bell at least once per day while we are in the States, we feel like we are failing at life,” Livingstone said.

“He couldn’t turn down that adventure, and so within a week we were in the studio making our first tune, and it wasn’t long after that we started DJ’ing together,” Livingstone said. “Ten years later we have played 600-plus shows around the world.”

This is not SkiiTour’s first visit to the Tetons, and the guys are still embarrassed about a rookie move they pulled during their last trip.

“The most ridiculous thing we ever did was not bring our snowboards to Victor this time last year in the middle of your epic week of snow,” Livingstone said. “The ridicule that we had to endure from the locals took months of therapy to get over.

“This year we will not be making that mistake again.”

They’ve also packed “some of the best booty-shaking house music we have been able to find” for Friday’s Knotty Pine Supper Club show, in Victor, Idaho. They will take the stage at 10 p.m.; tickets cost $10.

SkiiTour has accumulated over 6 million plays through streaming platforms and has made Mixmag and DJ Mag’s lists multiple times. On top of a steady output of productions, Livingstone and Rollie maintain a global touring schedule of 80-plus shows a year, including festivals like Shambhala, Burning Man, Chasing Summer, Bass Coast and Snowbombing Canada.

“Last weekend we were playing outdoors at the base of a ski hill in the middle of a blizzard in subzero temperatures on the east coast of Canada,” Livingstone said. “The gear was freezing up.

“But the craziest place we have played is Burning Man. Pretty hard to top dropping tunes while cruising through the desert on a fire-breathing dragon.”

Don’t let their laissez-faire attitude fool you, the SkiiTour guys are in the business of sound as much as they produce it. In the spring of 2016, they started their own record label, Double Black Records, and last summer SkiiTour released its underground hit “Blue Caboose,” which spent three months on Beatport’s Future House charts and becoming a house anthem for western Canada.

But what they love the most about DJ’ing are the cheers they hear when they finish their sets. There’s no other job like it.

“Pretty sure potato farmers or Taco Bell employees don’t get that kind of treatment,” Livingstone said, “even though they are the true heroes.”