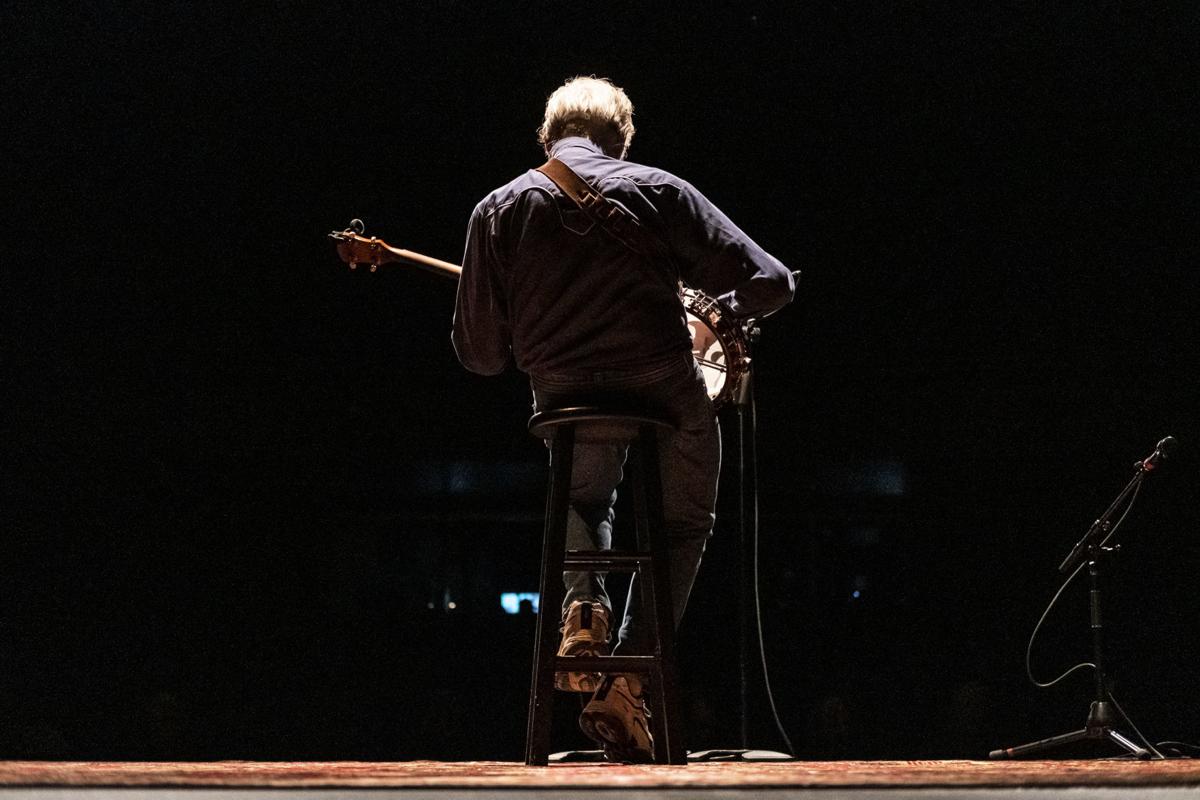 Bill Briggs opens the Hootenanny’s 1,164th weekly performance Monday evening at the Center for the Arts. 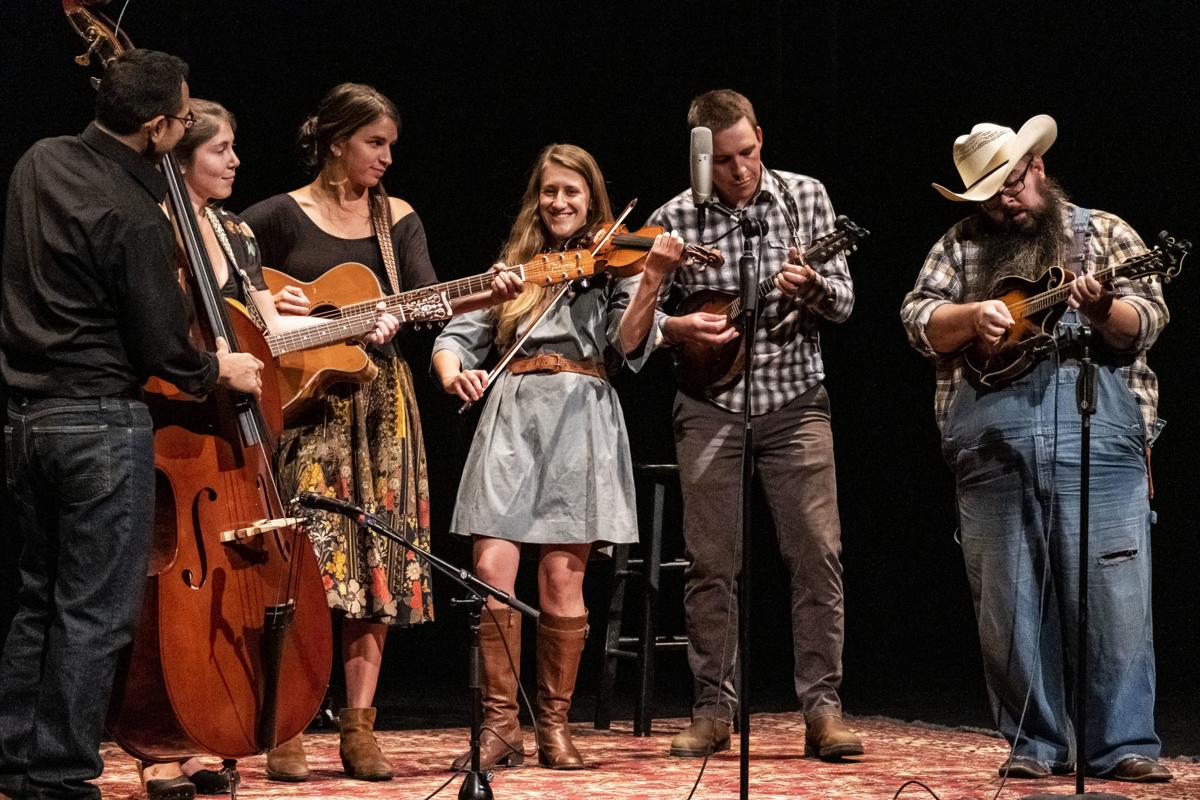 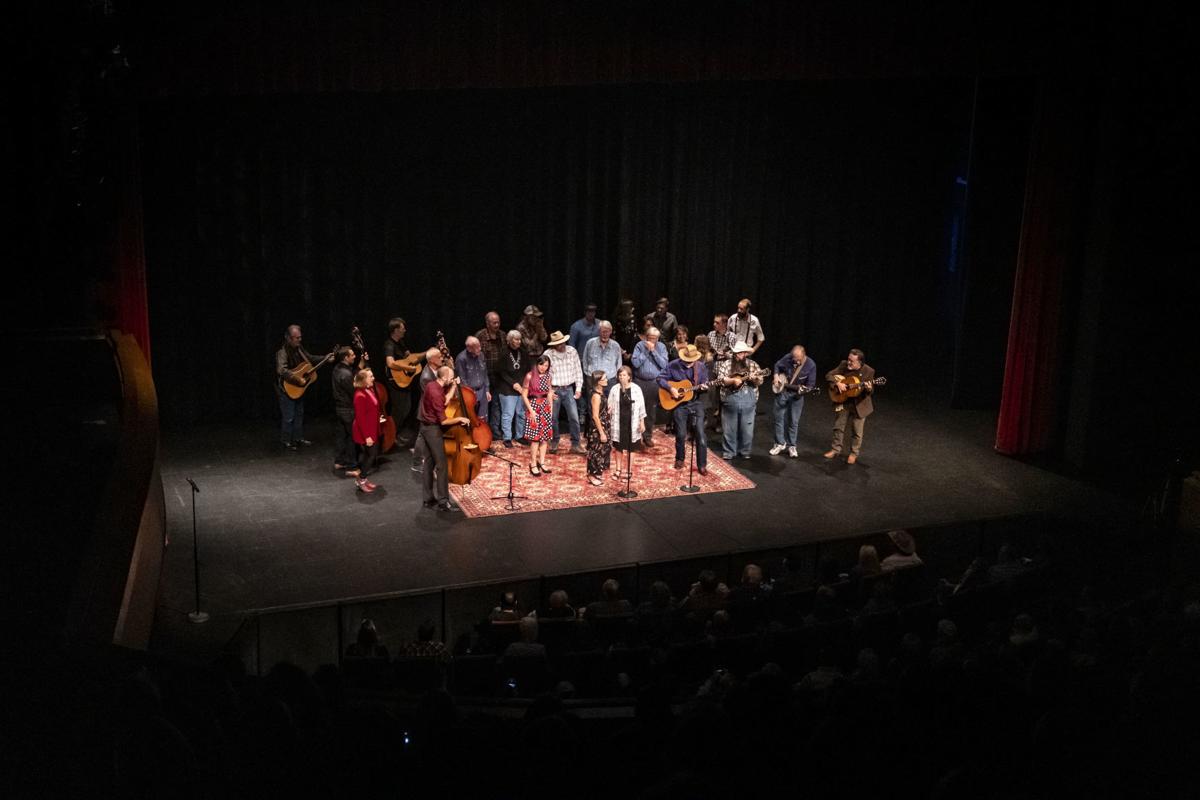 Musicians gather on stage to sing the traditional gospel song, “I’ll Fly Away,” for the 11th annual Hoot at the Center finale.

Bill Briggs opens the Hootenanny’s 1,164th weekly performance Monday evening at the Center for the Arts.

Musicians gather on stage to sing the traditional gospel song, “I’ll Fly Away,” for the 11th annual Hoot at the Center finale.

Monday night at the Center for the Arts all three were on display as Hoot regulars made their way through classics on the Center Theatre’s stage. This summer that stage has hosted some big names from the music industry, but the Hoot musicians had no problem keeping up.

Jenny Landgraf and Sally McCullough (along with newer Hoot musicians Molly Watters and Molly Gibbs, affectionately dubbed “the Mollys”) brought the house down with their rendition of “Wayfaring Stranger.” John Sidle serenaded — and surprised — the crowd with a Tom Russell classic, “Blue Wing,” and in the second act Matt Montagne left the crowd with an overwhelmingly positive message in the Kingston Trio’s “Desert Pete” before diving into a harmonica-driven version of the William Tell Overture.

Stories — like one about Jim Curran writing song lyrics on a client’s wall as he was painting — were spritzed in throughout the evening performances. To cap it off the whole Hoot community came together at the end of the 2 and 1/2-hour performance to work through a group version of “I’ll Fly Away,” shaking the Center Theater and bringing the crowd to its feet in thunderous applause.

It was a night celebrating the county’s musical community and the unique, slapdash culture it provides the area, musical and otherwise.

But the Center’s Hoot didn’t just celebrate the musicians and who built that culture, though people like Bill Briggs, John Sidle and Hank Phibbs made a few separate appearances. It also clearly highlighted one of the Hoot’s greatest strengths, according to Phibbs: “Not just carrying on tradition, but welcoming and embracing new musicians, young and old.”

In an interview last week, Phibbs said he was keeping some of those new musicians’ identities a “surprise,” but hinted that the group was a “band with a funky name.”

On Monday, that band, Marmot Ate My Boots, a group composed of some of the Hoot’s youngest regulars — the Mollys, Ben Rossetter, Hannah McLimans and Joel Sandoval, who were all joined by Chris Bingman — did not disappoint.

Their three-part harmony on the bluegrass standard “Shady Grove” prompted a response from Briggs as he was introducing Matt Montagne.

“I like to think of these guys as my children,” Briggs said, getting a laugh from the crowd. “They’re new this year, which is a sign of our Hoot getting in new blood. They’re awfully good.”

For the musicians in Marmot, being able to play the Center Hoot was a rare treat. They’re new, but they met at the Hoot earlier this year, and they respect its tradition.

Rossetter had been coming to the Hoot since ’97. He has admired its players for over 20 years.

This article was updated to reflect that "Blue Wing" was originally written by Tom Russell. — Ed.

The Hootenanny, "I'll Fly Away"

PHOTO GALLERY: The Hootenanny at the Center

Photos from the 11th annual Hootenanny at the Center Monday, September 9. The show was the Hoot's 1,164th weekly performance.

To hear a recording of Marmot Ate My Boots' performance of "Shady Grove," and the Hoot's closing rendition of "I'll Fly Away," check out the online version of this article, which has the two recordings attached.