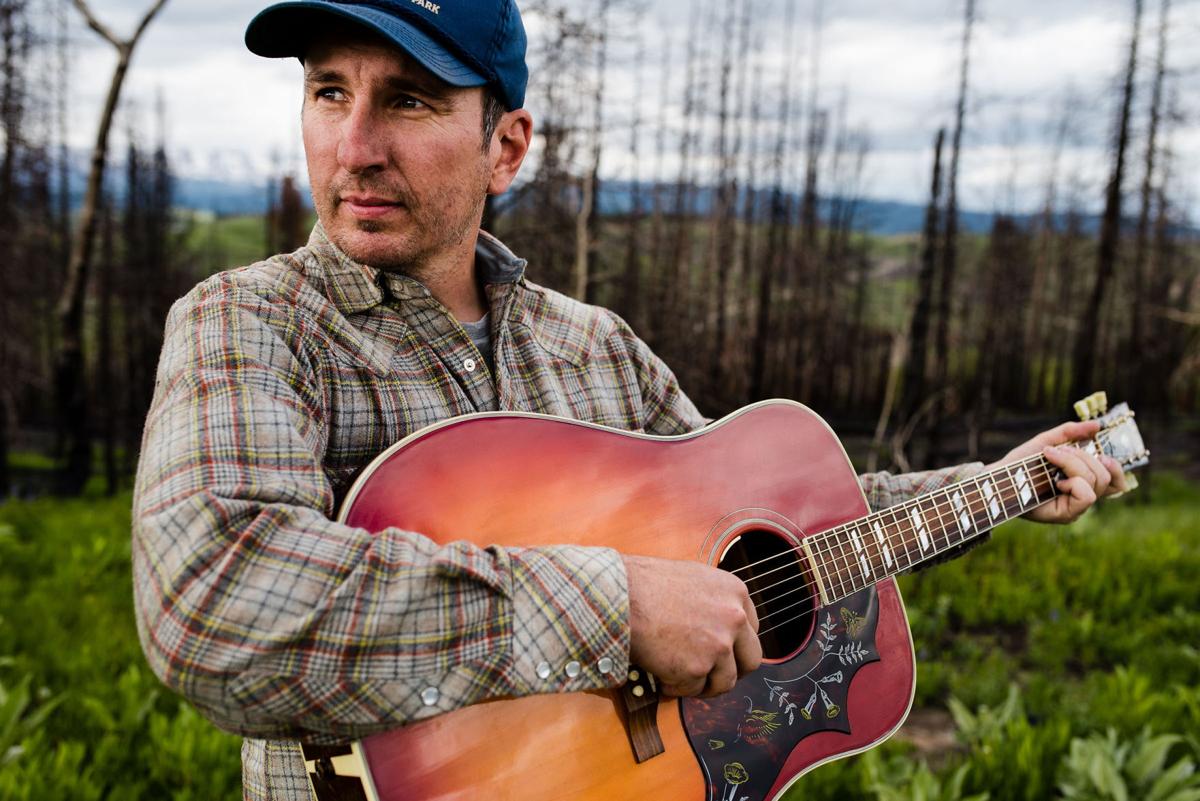 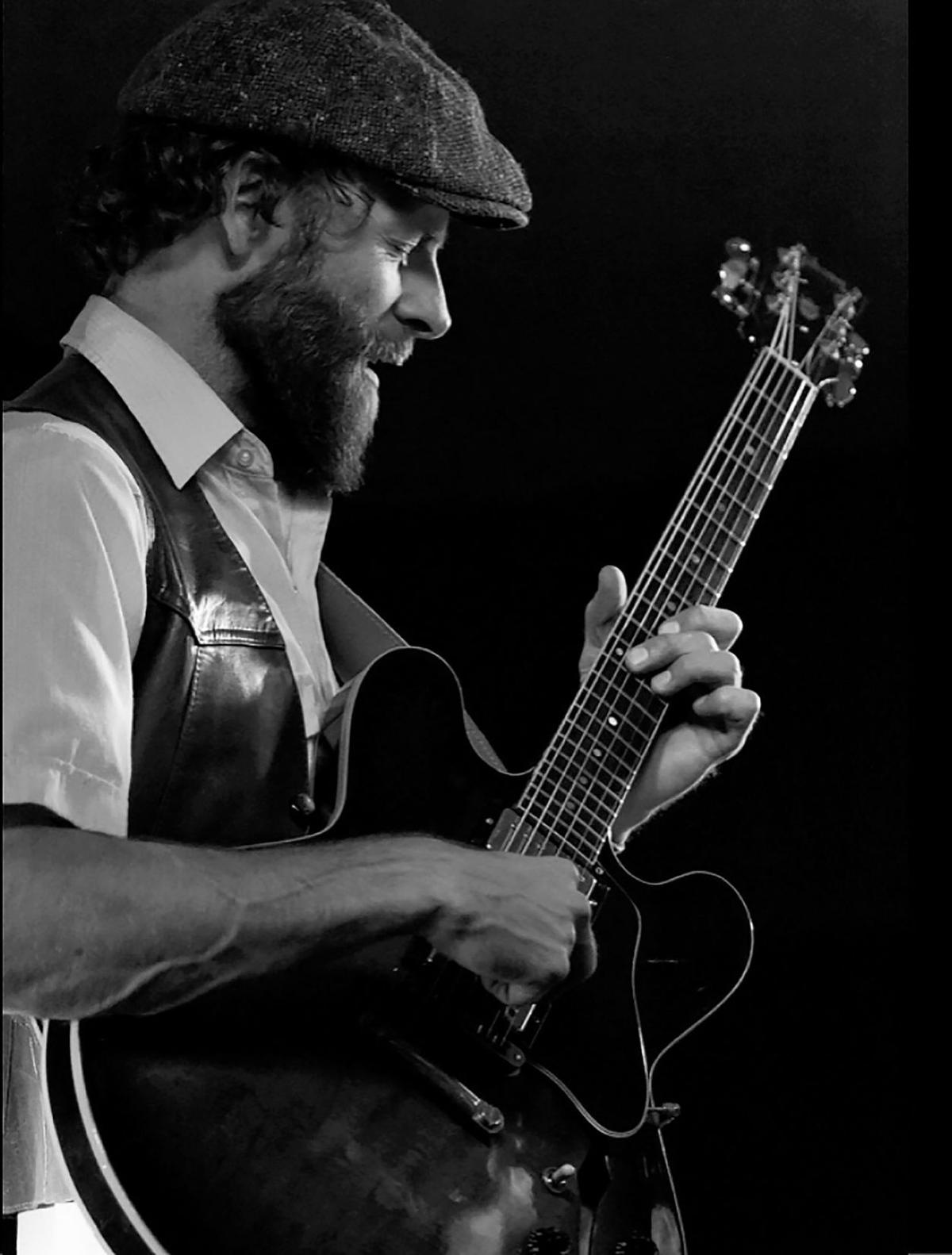 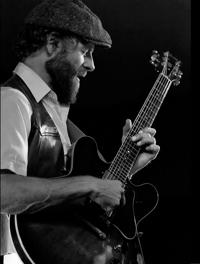 Jackson singer-songwriter and bandleader Aaron Davis leads a lineup of a few of the state’s top troubadors in the 2020 edition of the Wyomericana Caravan, set to start at 7 p.m. Thursday at the Wort Hotel’s Silver Dollar Showroom.

Jackson singer-songwriter and bandleader Aaron Davis leads a lineup of a few of the state’s top troubadors in the 2020 edition of the Wyomericana Caravan, set to start at 7 p.m. Thursday at the Wort Hotel’s Silver Dollar Showroom.

Aaron Davis hadn’t realized how much he missed in-person concerts after a spring and summer holed up in the recording studio.

But now that the tedious work of arranging the logistics of going on tour during a pandemic is done, the first night of the 2020 WYOmericana Caravan Tour was at hand. Pinedale resident Jason Tyler Burton warmed up the audience at the WYO Theater in Sheridan with his Kentucky-bred Americana while Davis watched from backstage.

“I was giddy hearing live music through a full PA and hearing the audience react to it,” Davis said. “I never thought I’d have that huge of a feeling, but it’s something that we really all missed.”

The tour will make its third stop at the Silver Dollar Showroom in The Wort Hotel from 7 to 10 p.m. Thursday. In addition to Davis’ band, Aaron Davis & the Mystery Machine, and Pinedale’s Burton, country singer-songwriter Shawn Hess of Laramie will round out the lineup. Keeping with tradition, at the end of the night all of the performers will gather on stage for one (or three) jam-heavy encores — the part of the program that has in the past been the most “Dylan-centric,” Davis said.

Back in 2013 the 18-show tour gathered buzz and accolades with such Wyoming talent as Jaland Crossland and J Shogren Shanghai’d. It even spawned a documentary, “WYOMERICANA,” which took first place at the 2014 Laramie Film Festival, and New York Times music writer Michael Segell wrote a glowing review of the tour.

Segell’s review portrayed the tour as an unrestrained bacchanalian musical circus replete with frenetic swing dancing, rabid fans and bar fights. Although the tour was rarely quite as rowdy (or dangerous) as Segell’s article led some to believe, Davis said that it still captured the celebratory spirit of the pre-pandemic performances.

“I do miss the energy of having people close to the performers,” Davis said. “Feeling their energy and hearing their hooting and hollering all contributes to what’s happening on stage.”

This year’s tour is likely to be a decidedly different affair: Most of the concerts will see the audience seated, and the roster of performers has been pared from five to three.

Rather than seeing that as a loss, Silver Dollar talent buyer Justin Smith said the sit-down format will provide a more intimate experience.

“At some point,” Smith said, “I just got tired of being frustrated by all of the restrictions and turned a corner. If the tip jar could talk, it would say that people are enjoying the music more now than ever.”

Dizzying nights of tipsy swing dancing will have to wait, but seated concerts allow audiences to focus more fully on the musicians. Davis said the new format has allowed him and his band to explore material they have rarely performed in the past.

“There’s more concentration on the story of a song,” he said, “which certainly benefits the singer-songwriter material.”

One such song is a slow waltz Davis wrote this summer for an upcoming release, and attendees Thursday night will be the first to hear the new composition.

“It’s not really a song that we would play in a 40-minute set, because it’s a waltz and it’s slower,” Davis said. “But we’re going to play it this weekend.”

The show will build in energy as the number of performers on the stage increases. Burton will kick things off with a solo set that draws heavily from “Kentuckian,” his latest LP of earnest Americana storytelling.

In the second set Hess will be accompanied by Jackson Clarendon on fiddle. And Aaron Davis & The Mystery Machine will be joined by Clarendon, Hess and Burton after their set of new songs, old songs and covers.

Back in April, Davis expressed some anxiety about making ends meet when his main source of income was live performance. The ensuing months have been difficult for local musicians, who have had to find other ways to survive, he said. But, according to Davis, the best medicine for the blues is getting back on stage.

“I think it’s been a pretty dark time for a lot of musicians,” Davis said. Some who talk about it, he said, and some who don’t. Which makes the caravan “bigger than a few shows. This can help carry people through the off season.”