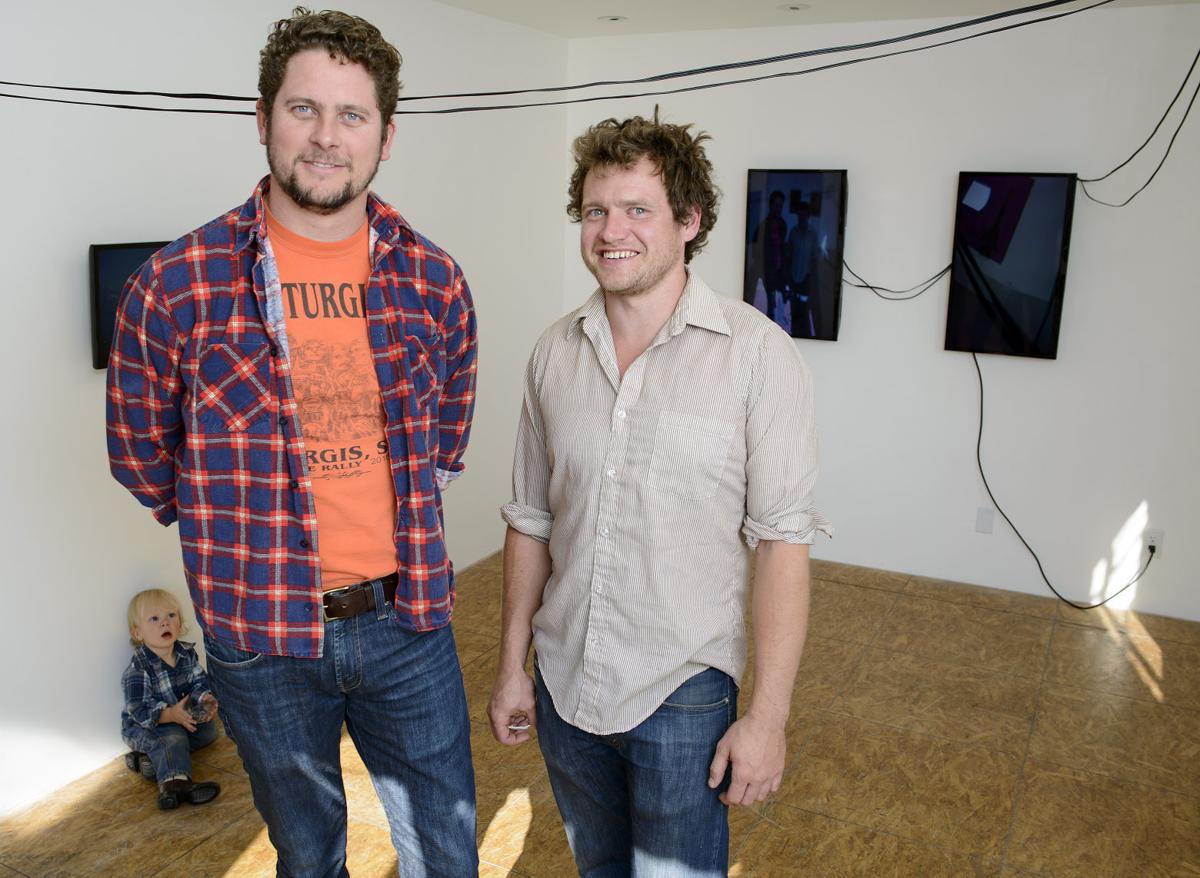 Thomas Macker and Andy Kincaid run In the Pines Space. Production assistant Alistair Macker, 1, does his best to remain behind the scenes. ITP is a bookshop and publisher as well as an art gallery. 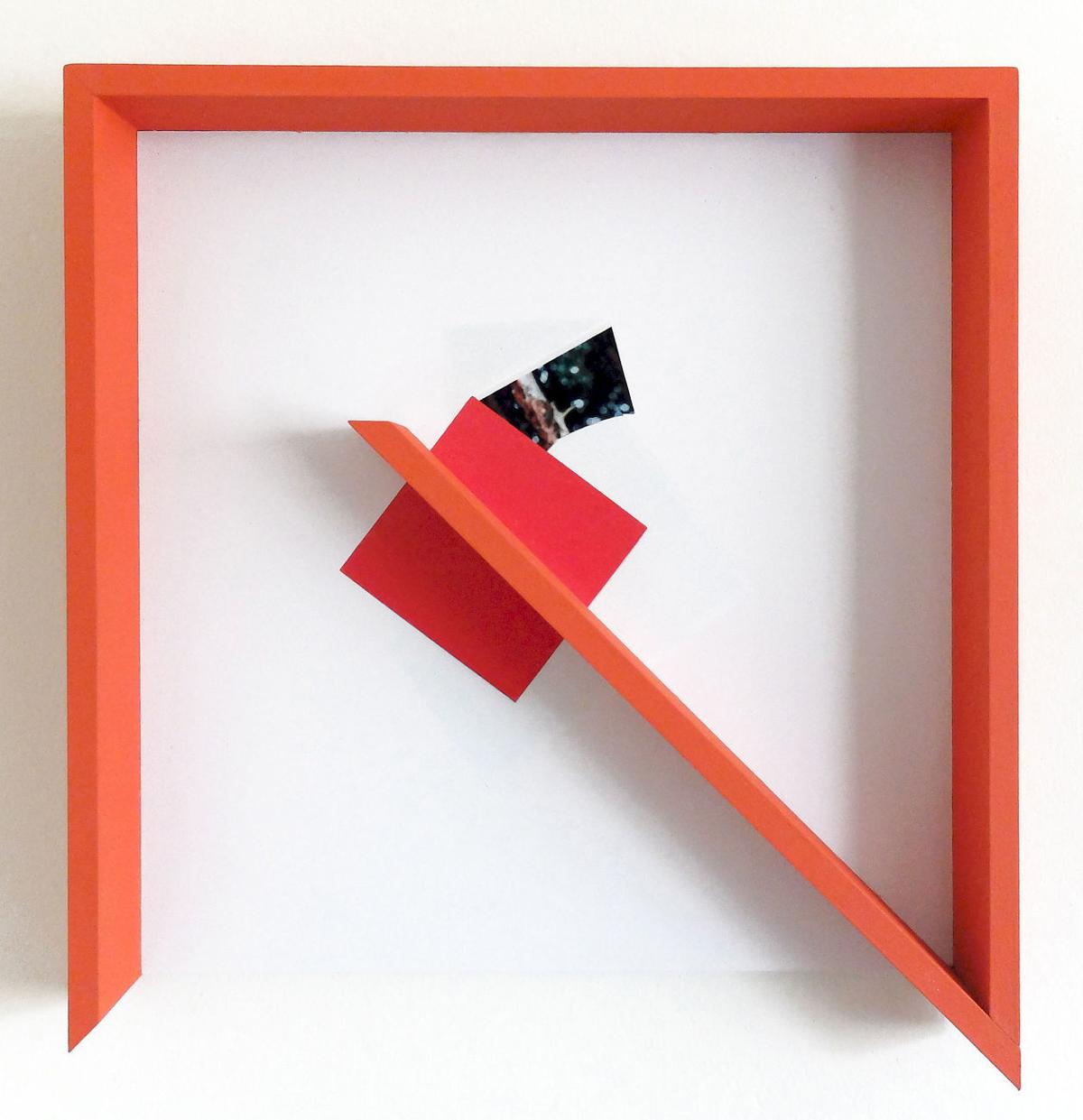 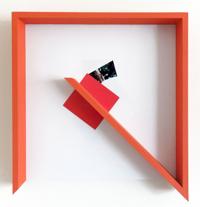 Artist Kate Bonner messes with the concepts of boundaries and structures in art, a topic right up the ally of the co-owners of In the Pines Space. Bonner and Daniel Baird will show their work at ITP during the 2015 Fall Arts Festival.

Thomas Macker and Andy Kincaid run In the Pines Space. Production assistant Alistair Macker, 1, does his best to remain behind the scenes. ITP is a bookshop and publisher as well as an art gallery.

Artist Kate Bonner messes with the concepts of boundaries and structures in art, a topic right up the ally of the co-owners of In the Pines Space. Bonner and Daniel Baird will show their work at ITP during the 2015 Fall Arts Festival.

The vast majority of the art we see — in Jackson Hole and pretty much everywhere else — comes in neat, tidy packages: a surface, covered with paint, contained by a frame, displayed on an otherwise blank span of wall.

Artist Kate Bonner, however, mutilates that neat package, exposing the guts of our traditional ideas about what a piece of art is and thus forcing us to confront and question those ideas.

Bonner will be one of two Fall Arts Festival artists who will exhibit at In the Pines Space, Thomas Macker and Andy Kincaid’s artist-run gallery, publisher and bookshop on Jackson Street.

Daniel Baird, whose sculptural works often consist of sleek, even sterile structures built to support rough, unworked rock or other natural materials, will also display his pieces in an exhibition titled “Lynchpinned & Bitten.”

But she takes the typical image within the frame, and “with laser-cut precision she can edit or take away shapes from the glass, the photo, the frame. … So this traditional structure is deconstructed and exposed and removed.”

Baird’s art, too, becomes more the frame, or more precisely the scaffold or apparatus that supports and displays the supposed object of attention.

“His work often uses these kinds of utilitarian, industrial materials that would be used for another device,” said Macker, “like some sort of precision-cut aluminum scaffolding that might be used in the medical industry. … The end result is oftentimes an object — it could be found object, like a rock — and this elaborate armature or buttressing to reveal it or hold it up or honor it somehow.”

It’s pretty safe to say you won’t see anything else like Bonner’s or Baird’s work in Jackson Hole during the 2015 Fall Arts Festival, which is of course part of the joy of visiting In the Pines Space.

On the one hand, the 2-1/2 -year-old gallery is a fly-by-the-seat-of-its-pants affair, a crazy experiment that defies most of the conventions of commercial or even nonprofit galleries. In those past two-plus years the small store-front gallery attached to the Teton Artlab has shown work by artists using new media and emerging technology — exhibits to hear and feel as much as to see. It has also shown more traditional media — “contemporary art that looks and smells and feels like contemporary art,” Macker said. It aims to spark conversations in Jackson Hole and to serve as a voice to converse with other like-minded groups and artists, wherever they may be.

“There’s a big [artist-run gallery] culture in LA, Chicago, New York and other places,” said Macker, who is also gallery director and director of photography at the Art Association of Jackson Hole. “We stay in conversation with these other artist-run spaces, with artists outside of our community … important emerging artists.”

On the other hand, In the Pines is 100 percent risk-free, Kincaid said.

“It’s a safe place to try to do stuff,” said Kincaid, who in his nearly five years in Jackson Hole has worked for galleries and as an art installer and now assists an artist.

“There’s not a lot at stake. Financially especially. We can afford to not sell work. We can afford to have a space that things happen in that we are 100 percent sure are unsellable here. … And I think having that safety allows us to do things that at least open people’s expectations about what might be in a gallery or in a home.

“That may be starting to have an effect in other spaces,” he said, “just in terms of people taking risks.”

That said, Macker and Kincaid and Inside the Pines do have some ways to generate revenue: publishing ephemera related to exhibitions, hawking shirts and handmade books, and creating “rarified, small-edition objects” made in collaboration with their guests.

“We like to work with the artists,” Macker said. “We’re not just a vessel. … We’re constantly trying to customize and design with the artists how the show will be presented to the public.”

ITP will celebrate Bonner’s work and Baird’s “Lynchpinned & Bitten” show with an opening reception Friday, Sept. 11, the night of the Palates and Palettes Gallery Walk.

But per ITP’s character and style its event will be more of a Palates and Palettes after-party, set for 8 to 10 p.m. Persephone Bakery will cater.

In The Pines Space