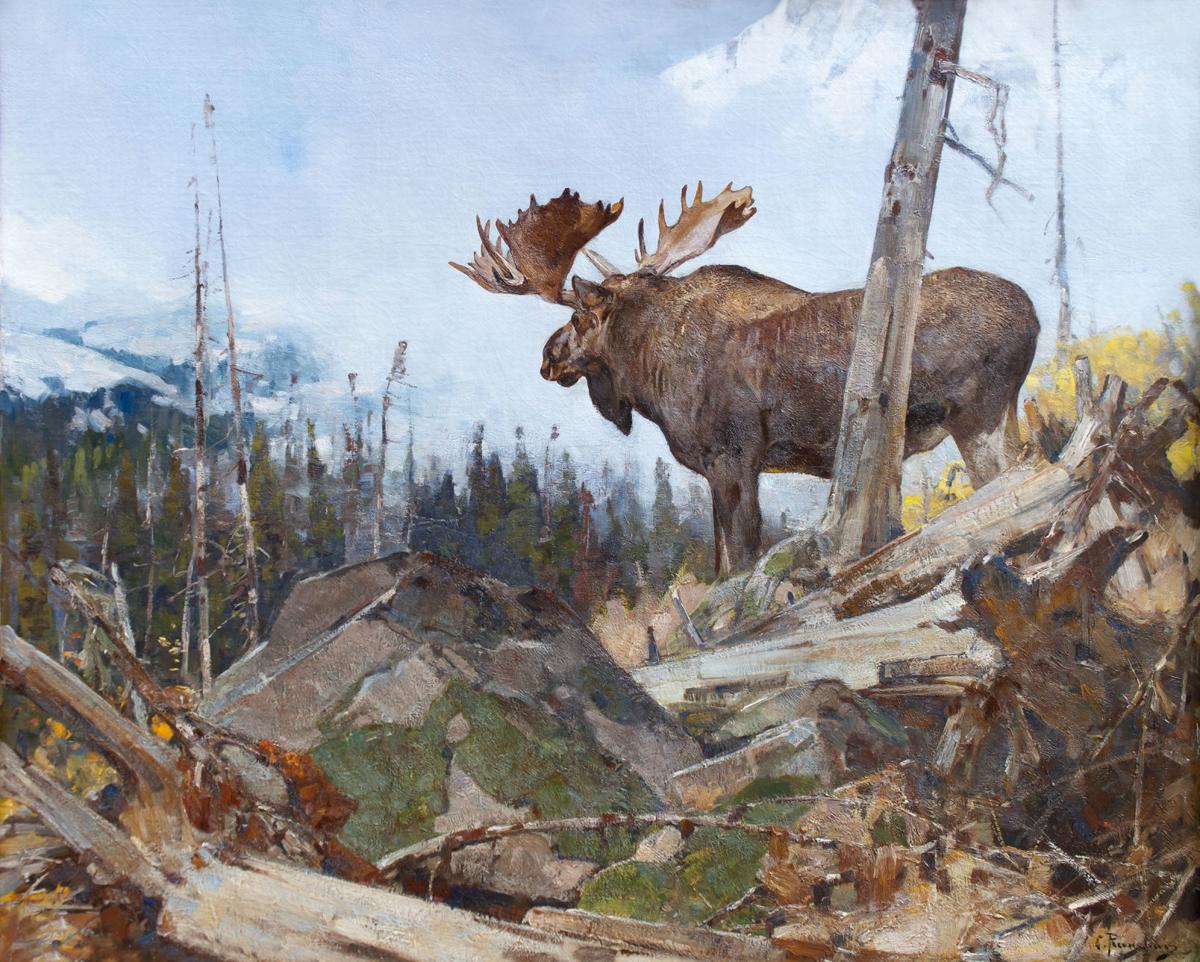 Carl Rungius was a pioneer of wildlife art who has many pieces in the permanent collection at the National Museum of Wildlife Art. His “Alaskan Wilderness” is expected to fetch between $400,000 and $600,000 at the Jackson Hole Art Auction. 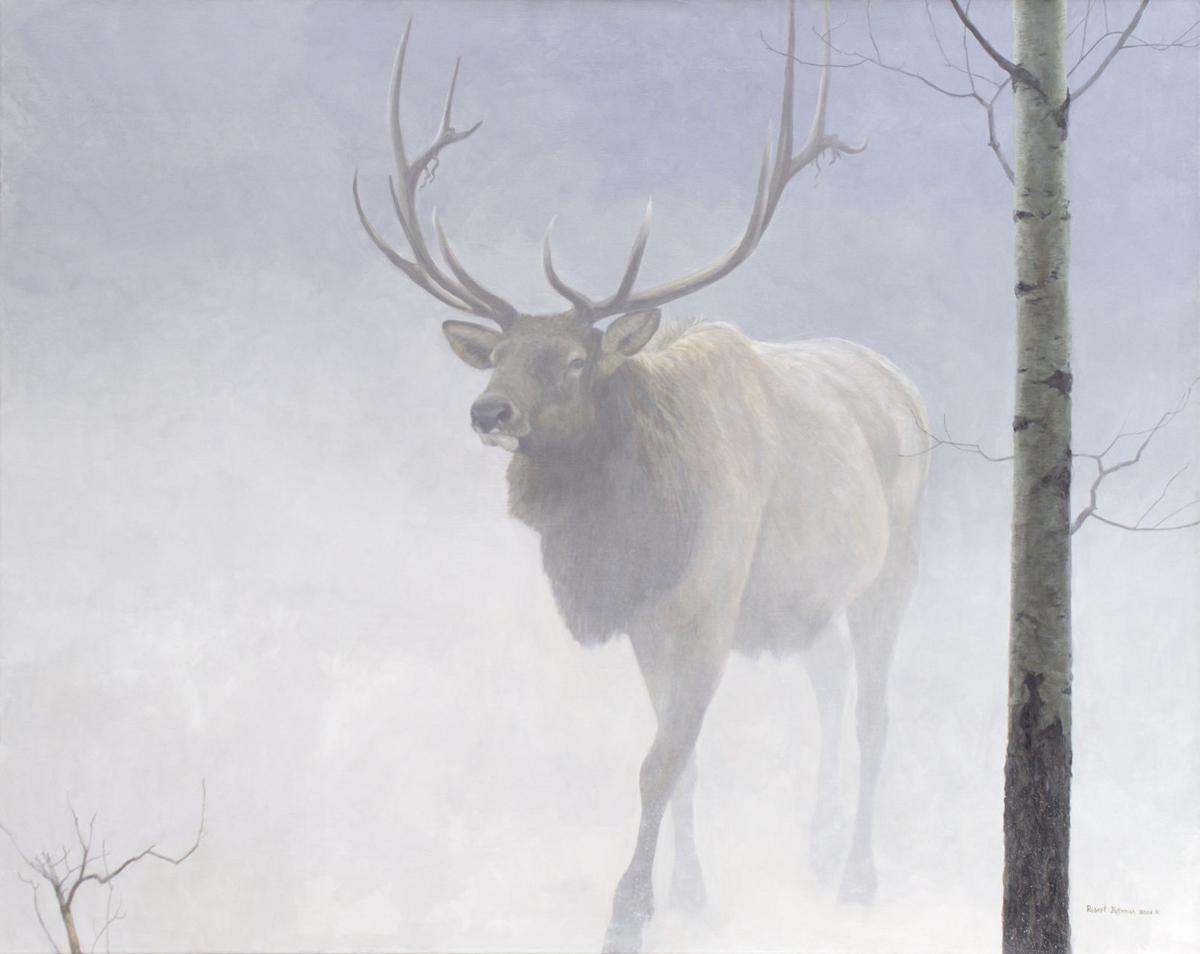 Robert Bateman has several pieces in the National Museum of Wildlife Art collection. He is one of the top-tier wildlife artists represented in the Jackson Hole Art Auction.

Carl Rungius was a pioneer of wildlife art who has many pieces in the permanent collection at the National Museum of Wildlife Art. His “Alaskan Wilderness” is expected to fetch between $400,000 and $600,000 at the Jackson Hole Art Auction.

Robert Bateman has several pieces in the National Museum of Wildlife Art collection. He is one of the top-tier wildlife artists represented in the Jackson Hole Art Auction.

If you’ve ever wanted to own a Carl Rungius, now’s your chance.

The Jackson Hole Art Auction returns Sept. 13 and 14 with Rungius’ “Alaskan Wilderness” up for grabs. Organizers estimate the piece will fetch between $400,000 and $600,000, so bring your big checkbook.

“Carl Rungius we’re especially excited about,” coordinator Madison Webb said. “It’s the 150th anniversary of his birthday, so it’s a nice time to have it in the auction.”

In its 13th year the auction has made a name for itself with wildlife and Western art, which fits right into the Jackson art scene, and it always has several big names in those fields. Works by Robert Bateman, Bob Kuhn and John Clymer highlight the caliber of wildlife artists who will be represented.

For those who balk at spending a house-size amount of money on a single piece of art, the auction’s first day, Session I, is your ticket. A relatively new feature, Session I includes pieces designed to sell for less than $10,000, with some being bought for under $1,000.

This year Session I is a bit different because the pieces won’t have a reserve, or minimum bid. In years past pieces, even in Session I, whose bidding didn’t reach a certain floor weren’t sold, instead going home with the consigner or collector who offered them. But this year everything sells, at least the first day.

“That gets people excited,” Webb said. “If you’re interested you have to bid. It helps consigners out who are motivated to sell.”

Widening the audience that can purchase art is a noble endeavor, but the action is really in the big pieces. Last year a Norman Rockwell painting of John Wayne sold for just under $1.5 million, and a work by Clymer overwhelmingly outpaced expectations, selling for nearly $340,000 after a bidding war.

That kind of movement, when art collectors test each other to find out who truly wants a painting, is part of the fun. The event is also a chance to see some truly rare paintings and sculptures in person during one of the few times they come off collectors’ walls.

Webb was excited about several pieces outside the main ones. The auction has three pieces by Charles Wysocki, a folk painter who created heavily stylized works about America’s past, most often the horse and buggy era. She said one that sold last year did much better than expected and that she is excited to see the reception to more of Wysocki’s work.

“Folk art is doing well in auctions,” she said. “We expect it to outperform its estimate.”

The auction has grown as it has gained notice, and this year is its largest by far. In last year’s record auction, 392 pieces were up for grabs, but this year roughly 500 will come across the stage, including more than 200 in Session I.

Webb said the auction also has an app this year to help people decide what pieces they are interested in before they arrive. Search “Jackson Hole Art Auction” in the Google and Android app stores for the chance to peruse the catalog before you sit down and prepare to sign that big check.

Though it might seem the auction is holding things over year to year, considering the quality of the art, each auction is a clean slate, with collectors and consigners dictating what pieces will be available.

“Every year we start from scratch,” Webb said. “It’s exciting.”