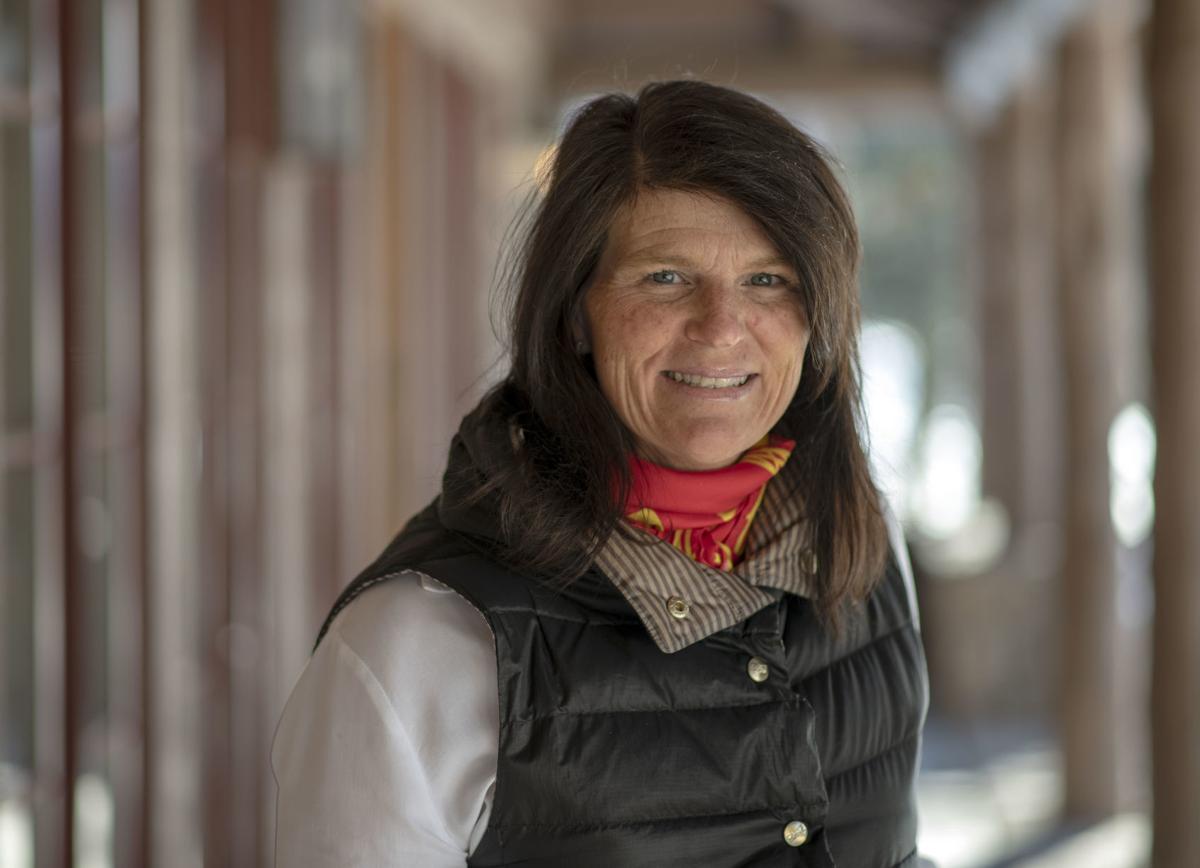 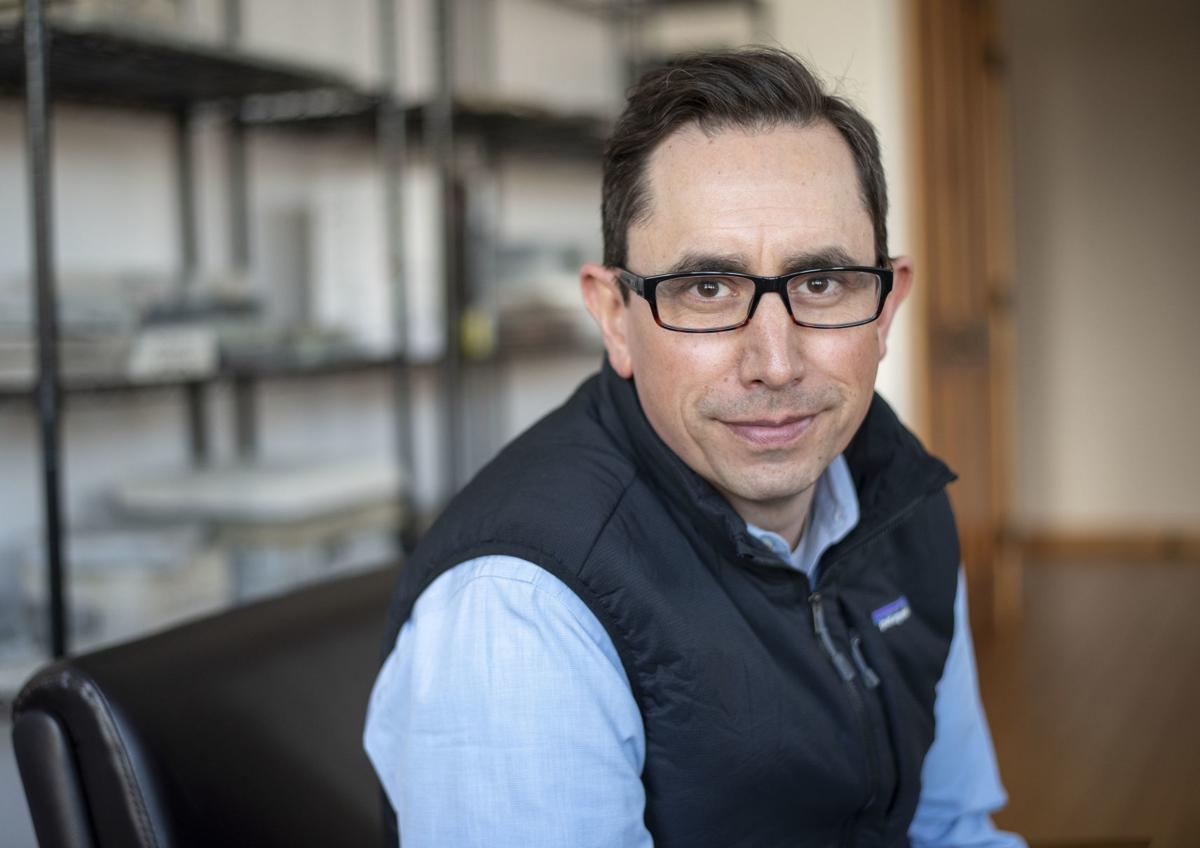 Jason Snider has been a volunteer on the Jackson Hole Land Trust board for about eight years. 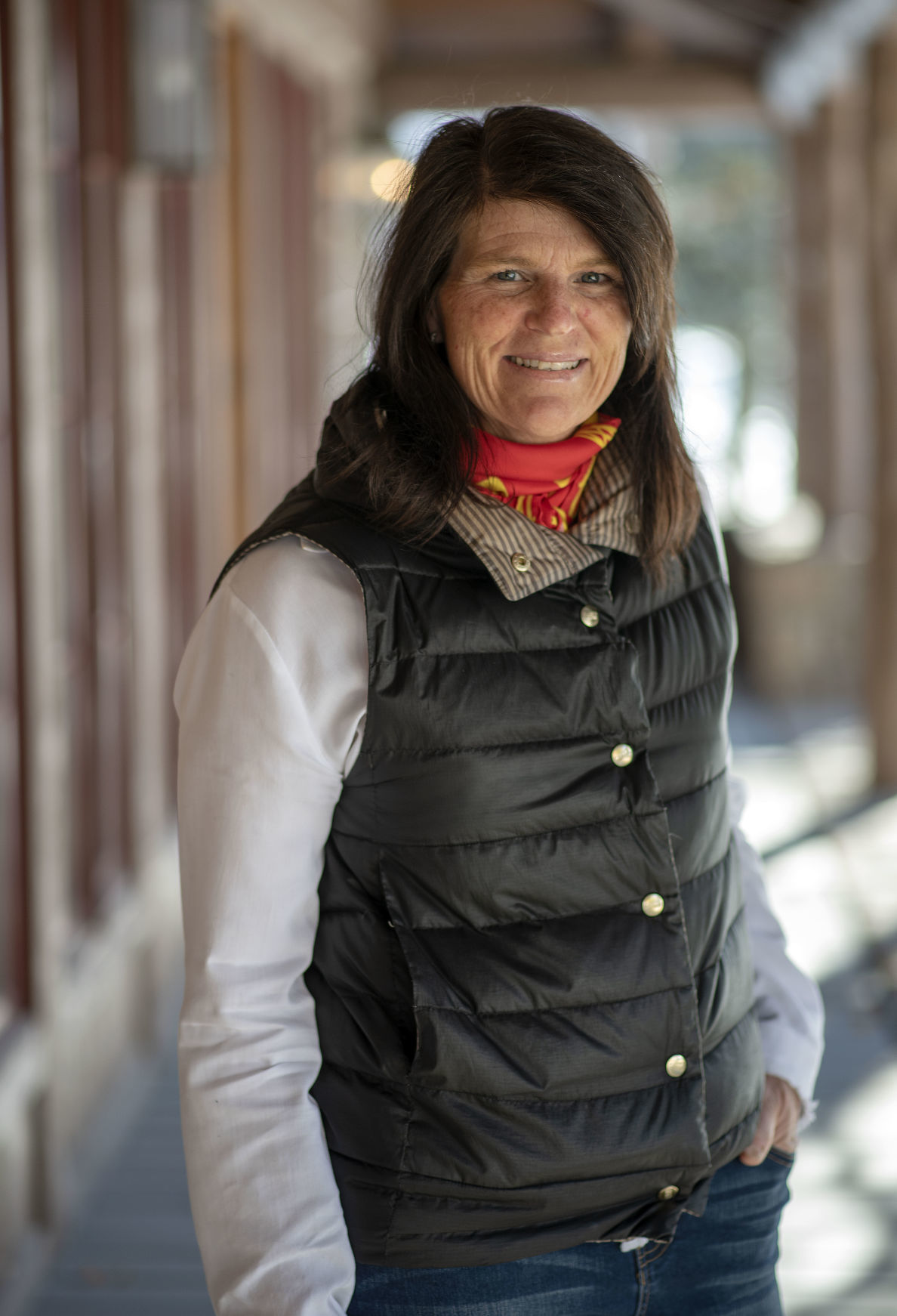 Jennifer Sparks serves on the boards of the Jackson Hole Land Trust and Teton County Search and Rescue, among others. 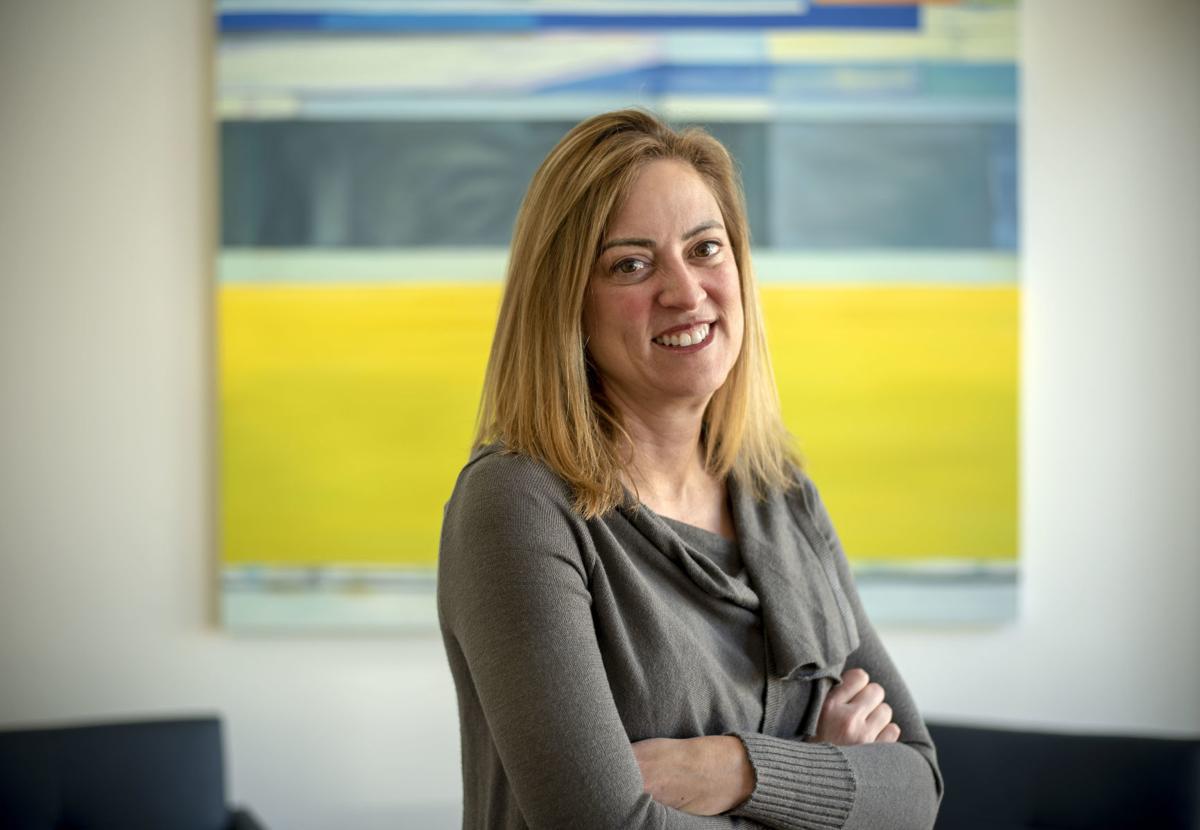 Attorney Brenda Wylie serves on the board for the Center for the Arts. 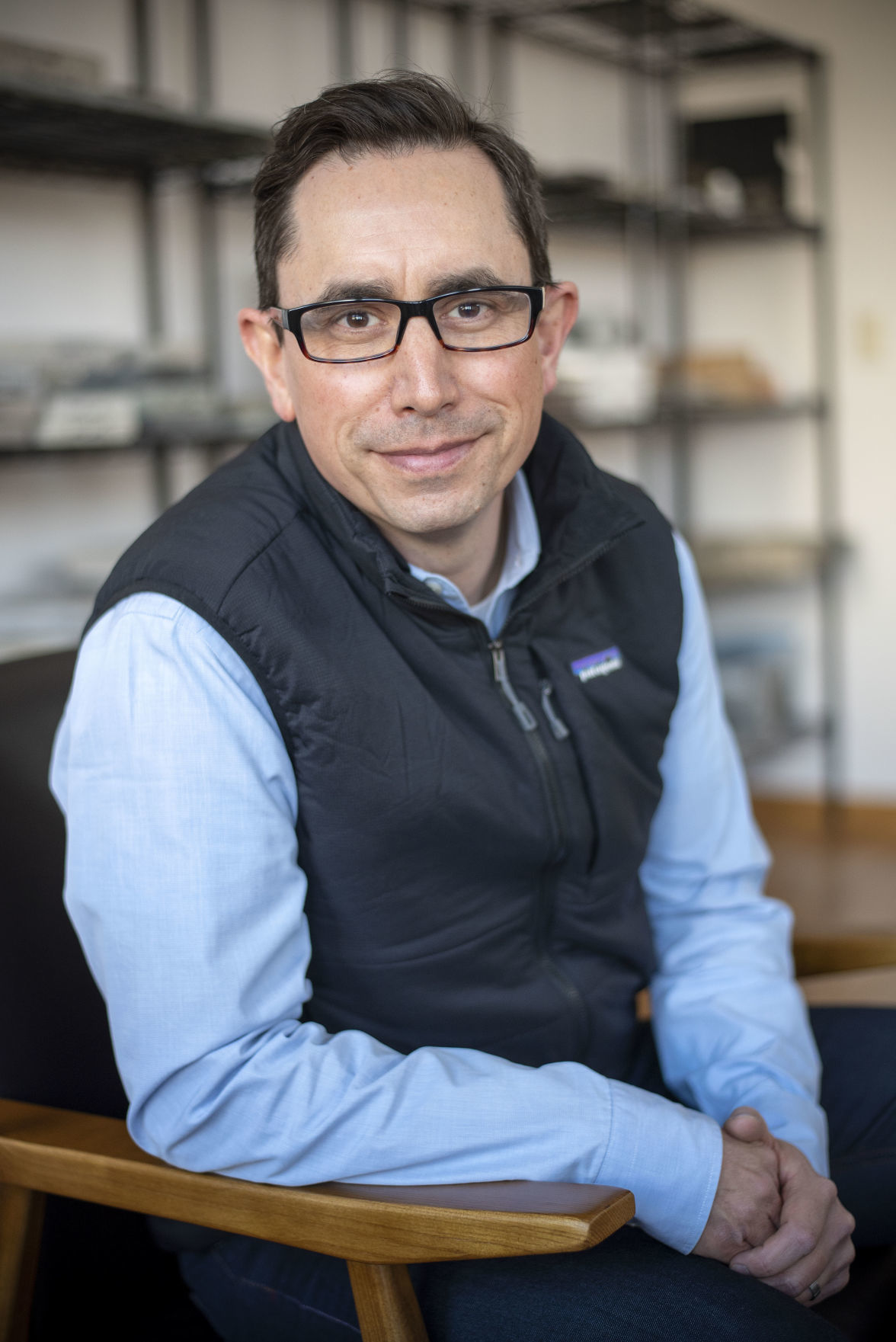 Jason Snider is president of the Jackson Hole Land Trust board. He served on the board for seven years before taking the lead role.

Jason Snider has been a volunteer on the Jackson Hole Land Trust board for about eight years.

Jennifer Sparks serves on the boards of the Jackson Hole Land Trust and Teton County Search and Rescue, among others.

Attorney Brenda Wylie serves on the board for the Center for the Arts.

Jason Snider is president of the Jackson Hole Land Trust board. He served on the board for seven years before taking the lead role.

“We don’t have a big city to rely on here,” Community Foundation of Jackson Hole President Katharine Conover said. “It does mean that [nonprofits] are filling more needs here, but that’s because those needs don’t get met elsewhere.”

While nonprofits fill the needs of the community, volunteers log thousands of hours annually keeping the organizations ticking. Nonprofit boards come in different shapes and sizes — every 501(c)(3) is required by state statute to have at least three board members — but every board seat comes with responsibility.

“The board is responsible for not only making sure that you’re meeting your mission fiscally responsibly, but that you’re doing what the community wants you to be doing,” Conover said. “The classic thought is to have your board be comprised of wealth, wisdom and work.”

From nothing to something

Some of those W’s are more important than others at different times in an organization’s evolution. Take the Jackson Hole Lacrosse Club, which was founded in 2012 by a group of a half-dozen parents, including attorney Brenda Wylie.

“I’m from Maryland, and I wanted my daughter to have the same opportunities that I had,” she said. (If you didn’t know, Maryland takes lacrosse very seriously.)

Though not low on good intention, the club’s founders had little experience launching or running a youth sports program. From filling out insurance paperwork to ordering uniforms, the early board members were responsible for crossing every T and dotting every I. It was, simply put, a lot of work.

The club, now in its seventh year, has grown to include 300-some kids in its programming. Now that the organization is run by staff, board members can be less hands-on in the club’s regular operations, a common transition as an organization stabilizes.

Wylie has stepped down from the Jackson Hole Lacrosse Club board, but she holds a seat on two others: the Center for the Arts board and the Board of Law Examiners for the Wyoming State Bar.

Though she enjoys art on a spectator basis, Wylie confessed, “I’m a lawyer; I know nothing about the arts.”

That is OK. In fact, it can be encouraged. Healthy boards pool wisdom from diverse backgrounds, Conover said.

Under the leadership of Center for the Arts board President Don Opatrny, Wylie played an active role in negotiating the Center’s 99-year lease with town and county attorneys. When the Center was rebranding, however, Wylie was less crucial to the decision-making process and defaulted to the marketing and PR gurus in the room. Nonetheless, she was able to learn a lot from the process.

“But as I was sitting there I learned from it,” she said. “So that’s the benefit: I learned a lot.”

Serving on several boards in addition to working full time has her missing more family dinners than she’d like. But it offers a chance to pass on expertise, give back, as well as open doors for herself professionally. Just recently she had dinner with Wyoming Supreme Court Justice Kari Gray.

“I would never be able to have dinner with a Wyoming Supreme Court justice if I wasn’t on the Law Examiners Board,” Wylie said.

Twenty-three people make up the Jackson Hole Land Trust’s board of directors.

Among the nearly two dozen volunteers are experts in legal matters, design and city planning, banking and capital management. Some members are people who have experience on boards of other successful organizations, a skill set that can’t be ignored, board President Jason Snider said.

Snider was tapped for the experience he has at his “day job” as a co-founder of Agrostis Inc., a landscape architecture and land planning firm in Teton County.

“I was really fascinated in what [the Land Trust] was doing and to see how it worked from the other side of things,” Snider said. “As somebody that is still working with landowners with conservation easements, it’s been helpful to understand how things are working on a staff side of things.”

Snider served on the Land Trust board for seven years before taking the role of president this year.

Being president is a much larger commitment because he is involved with meeting with and coordinating each committee. Though he gets to give back to a conservation-minded nonprofit, he, in return, gets invaluable information he can use professionally. And though it’s a commitment, the board is efficient and effective in its work, he said.

“It’s such a high-functioning organization,” he said. “There’s a bunch of interesting, smart people to think of creative solutions to problems, and I get to meet and get to know people in the community that I may not have the ordinary chance to do so.”

The spirit of service can be addicting. Often when you find people serving on one board you find they are also serving on others.

Jennifer Sparks works as a senior portfolio manager and partner at Friess Associates. By night — or, rather, by other parts of day — she also serves on the boards of the Jackson Hole Land Trust, the Rendezvous Lands Conservancy and the Friends of Bridger-Teton Avalanche Center. She has also carved out time to volunteer with Teton County Search and Rescue since 1998 and recently joined the board of the Teton County Search and Rescue Foundation.

Sparks’ came-to-Jackson story is similar to many: she moved to Jackson a year out of college and grew roots. She loves the access to nature and recreational opportunities, but she also has a fondness for the community’s spirit of volunteerism and philanthropy. It’s something that seems to be rubbing off on her daughter, who “oftentimes will tag along” to volunteer events.

“I think my daughter seeing me volunteer my time has made her understand the importance of giving back to your community,” she said.