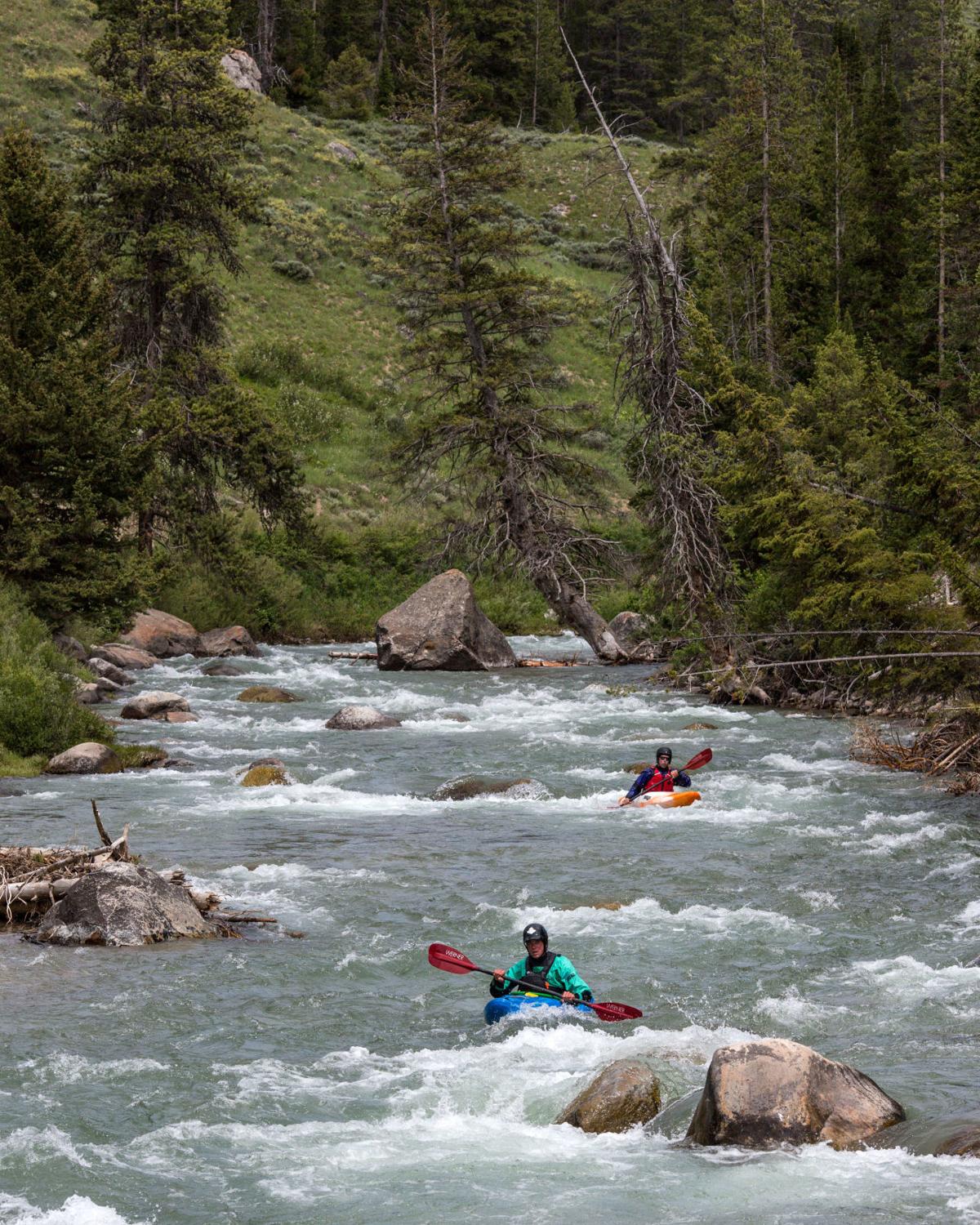 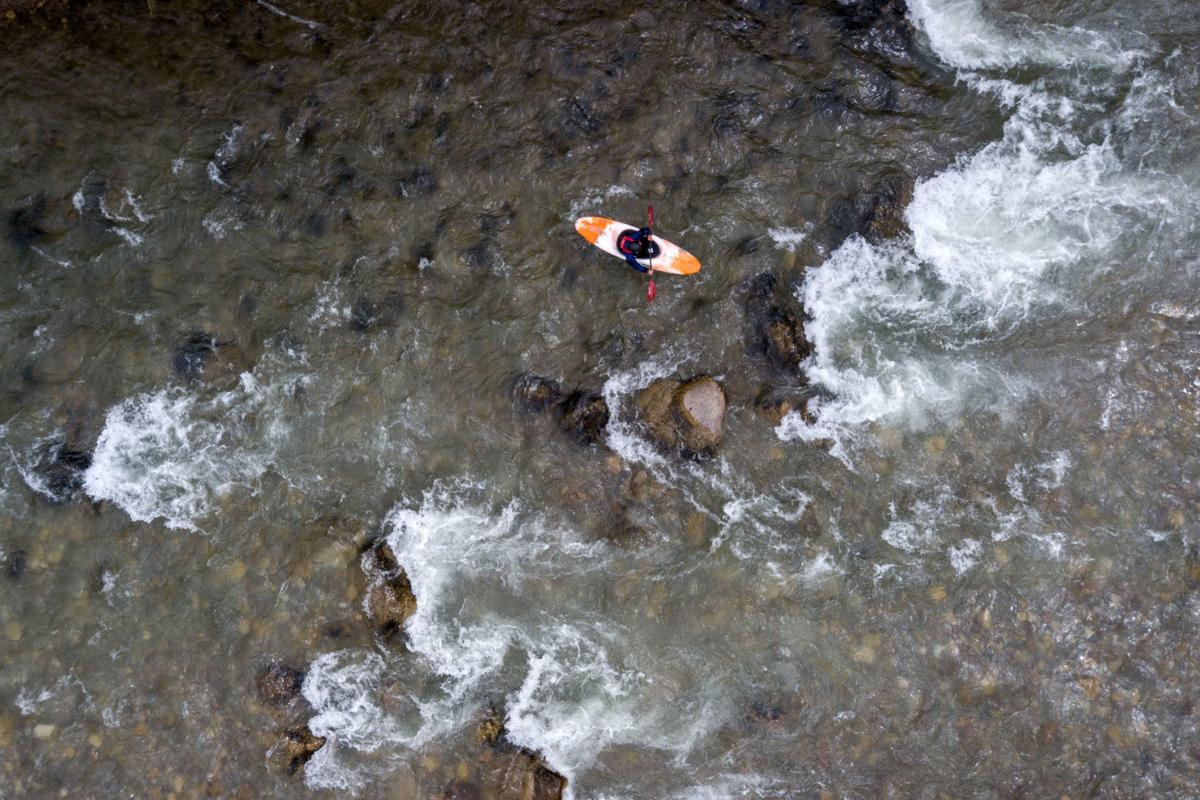 Aaron Dahill navigates a stretch of whitewater during a Monday afternoon kayak on Granite Creek, which flows into the Hoback River south of Jackson. 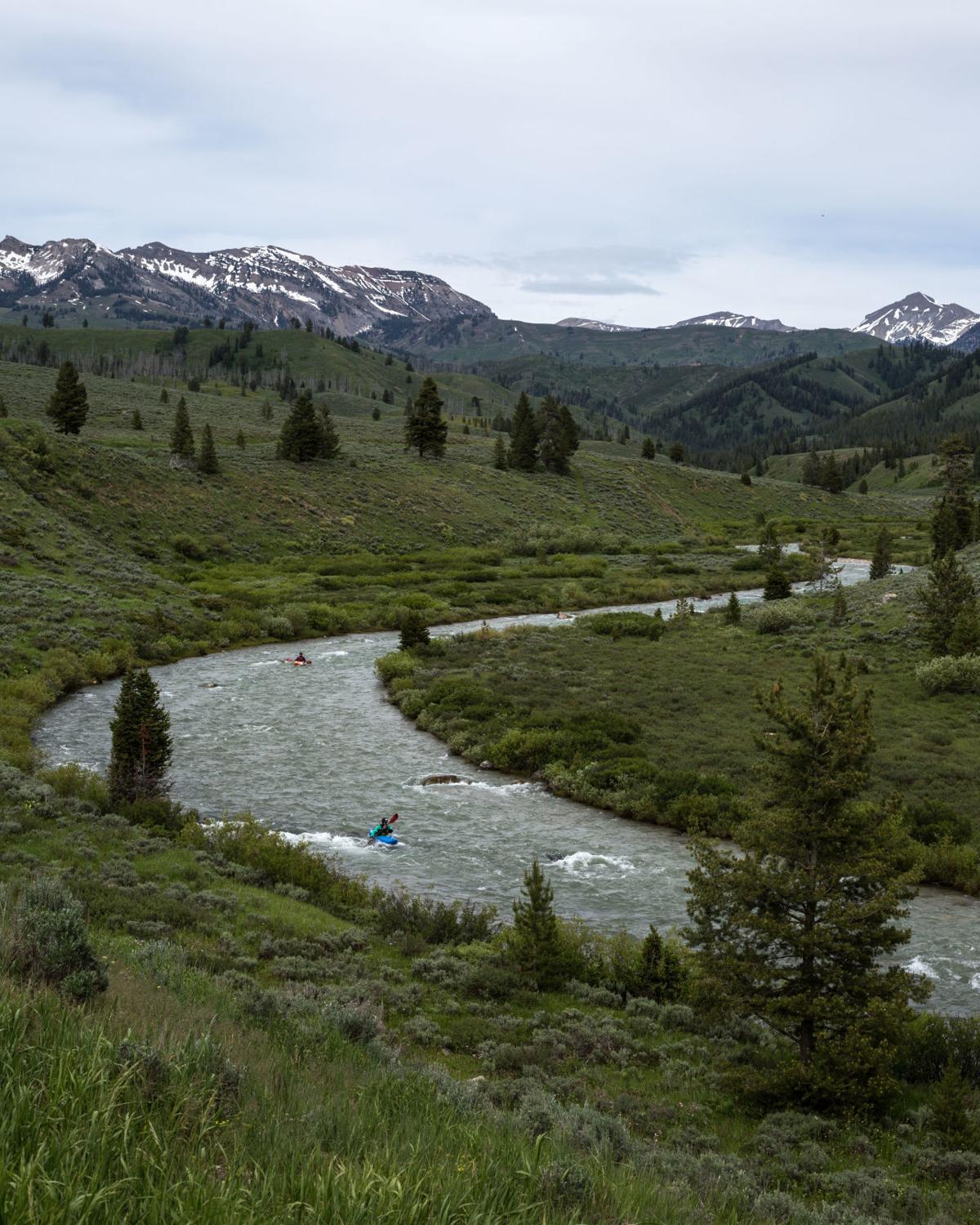 Dan Corn and Aaron Dahill approach the confluence of Granite Creek and the Hoback River on Monday south of Jackson. 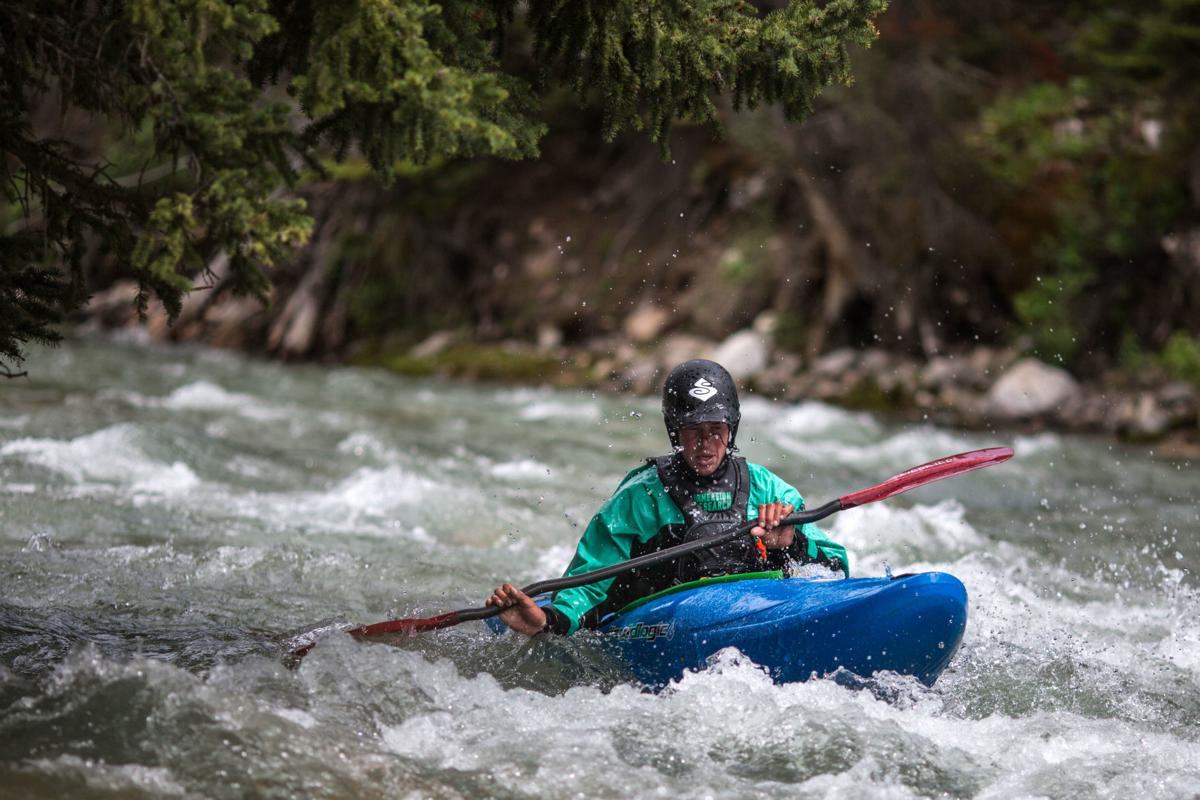 Dan Corn navigates a stretch of rapids on Granite Creek.

Aaron Dahill navigates a stretch of whitewater during a Monday afternoon kayak on Granite Creek, which flows into the Hoback River south of Jackson.

Dan Corn and Aaron Dahill approach the confluence of Granite Creek and the Hoback River on Monday south of Jackson.

Dan Corn navigates a stretch of rapids on Granite Creek.

In any year not as strange and off-putting from the jump as 2020, David Cernicek would see a steady stream of large groups rafting the Snake River in 20-minute intervals during the busiest days of the season.

That’s not the case this year, and it won’t be. Still, the Bridger-Teton National Forest river manager is overseeing an industry finding ways to paddle through the COVID-19 pandemic.

“Coming out of the gate it was, ‘How can we do this?’” he said, “because there were people who believed we couldn’t do it.”

Chief among the limitations on rafting this season is the amount of people who can occupy one craft. This summer the Bridger-Teton is not issuing its traditional group permits for parties of more than 15 people.

Cernicek said restrictions like that have been managed well on the commercial side by whitewater outfitters. For private parties from outside Wyoming, though, there’s been pushback.

“There’s a lot of unhappy people, mainly from out of state, that would like to be bringing their usual groups like they do every year,” he said. “It’s very understandable, and they do want to know if commercial outfitters are being restricted as well.

“The folks that don’t really believe in COVID being a real virus, they seem to be much angrier.”

Reports of substantially less angry river-users came from Dave Hansen Whitewater and Scenic River Trips’ Bud Chatham. After months of uncertainly about the future of the business in 2020, Chatham said his team is just happy to be back. And the customers, too, are keeping their distancing but in the same boat.

“Everyone for the most part has been very understanding about what those guidelines are and working within those parameters,” he said. “Just happy to be able to get outside and do the activity.”

Everyone is required to have a mask, and during transport to the water individuals must wear the face coverings. On the water it’s optional. The guides must wear masks even on the water, though they’re able to pull them down when facing a big rapid. (To this point, Cernicek said wearing a mask on the water, especially in a kayak, could be unsafe).

The big rafts being used by Chatham and company can usually seat 16 people, though they’re limiting those numbers to eight to 10. Only two or three parties are allowed to participate, which is part of the effort to keep everyone spread out.

Even on the water, folks are finding ways to keep their space.

“We definitely had some doubts if this was going to happen,” Chatham said. “It’s not a normal summer. We’re operating at a reduced capacity for what we could do.”

While the commercial side is finding its footing, the competition side has largely lost it. The annual Wyoming Whitewater Championships, which would have wrapped up earlier this month on the Greys River, was called off. Races later this summer could still be a go, but in the meantime Rendezvous River Sports is simply working on getting folks on the water.

“It made everything more challenging, but people have been paddling as soon as access was easing in April,” owner Aaron Pruzan said. “Local and regional customers have been amazing.”

Missing out on the annual boat swap was a hit to the business. But for the most part, Pruzan said, Rendezvous River Sports is trucking along from a retail standpoint, largely keeping the inventory it would in any other year.

“What we offer when you really look at it is a fairly inexpensive way to get out and enjoy being outside,” Pruzan said. “And that’s the healthiest place to be right now.”

That’s the sentiment carried on the river ranger side as well. No bones about it, Cernicek acknowledged this is a down year for river recreation.

But keeping it afloat, restrictions and some refractory enthusiasts aside, is what’s most critical in this troublesome year.

“With people that are teleworking, they need a trail or a river or someplace to go after a long day in the same space with new co-workers that have the same last name as them,” Cernicek said.

“It became very critical that we need to be able to work together, or at least provide a place for the public to refresh and recreate.”