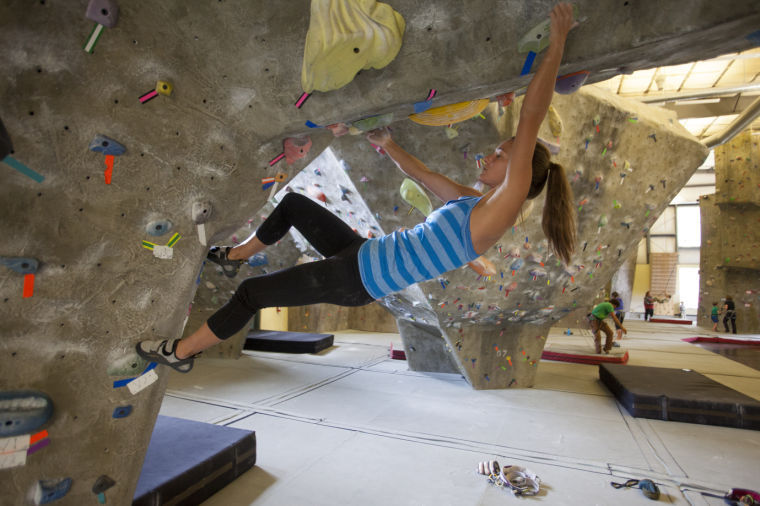 Nicole Riehl climbs Sunday at Enclosure climbing gym. Many of the valley’s climbers were saddened by news the gym will close its doors Sept. 4. 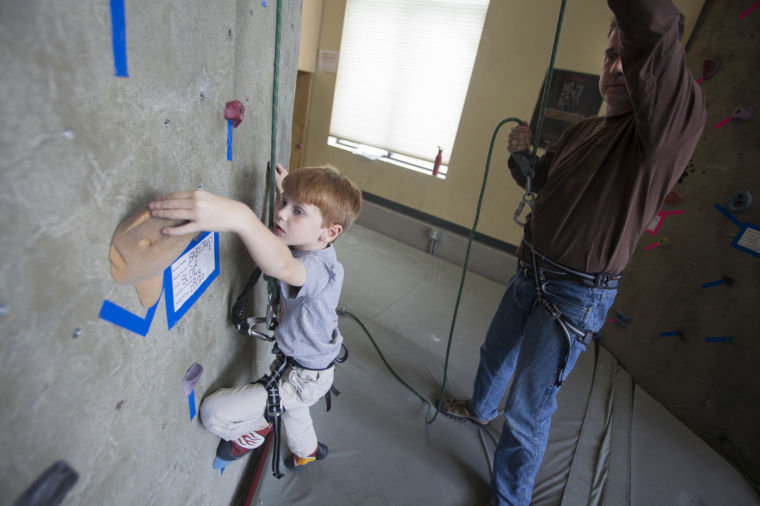 Kieran Lawson, 5, climbs with his father David on Sunday at Enclosure climbing gym.

Nicole Riehl climbs Sunday at Enclosure climbing gym. Many of the valley’s climbers were saddened by news the gym will close its doors Sept. 4.

Kieran Lawson, 5, climbs with his father David on Sunday at Enclosure climbing gym.

The Enclosure Climbing Center, which has operated at its address on Deer Drive for nearly eight years, will permanently close Sept. 4.

“I thought the email was a joke,” said Julie Heemstra, an Enclosure member since the gym’s opening in 2007. “Like a really bad joke.”

Enclosure owners Andy and Wendy Laakmann told customers in the email that the gym had been for sale for three years. The Laakmanns attempted to sell the building as a climbing gym but were unable to do so.

Now Jackson climbers are left wondering where they will train in a town that is far from conducive to year-round climbing.

“I come here several times a week in the winter time,” said Leslie Steen, an Enclosure member since 2007. “I have to shuffle my whole expectations of how this fall and winter’s gonna go and how I’m going to be climbing next summer and also how I spend a lot of my evenings training.”

The response from the climbers was all the same. They were caught off guard and were forced to deal with the fact that their favorite place to climb, train and socialize with like-minded people was gone.

“I was devastated,” Heemstra said. “This has been a huge part of my life the last eight years. As a climber here in Jackson you really need an indoor facility if you’re going to climb because you need to keep your head in the game. At least for me, having an indoor facility when I can’t climb outdoors nine months out of the year is critical.”

Climber Alyssa Tyus said she felt the same as Heemstra.

“I was devastated,” Tyus said. “I just got a membership because I’ve been living here for two months now and I decided to stay for the winter.”

Tyus was one of many climbers who emphasized the fact that the climbing gym is a big reason why many people move to Jackson.

“One of my friends was considering moving to New Mexico for climbing,” Tyus said. “She was already having plans to maybe go there but this was a game-changer. She was like, ‘Wow, I definitely need to go now because I can’t do it during the winter and the gym’s closing so I can’t even stay in shape.’”

Construction is underway on the Teton Rock Gym in Driggs. The new facility will feature more than 3,000 feet of climbing, 1,000 holds and climbing walls up to 30 feet high.

The gym will have everything Jackson climbers want. Except location.

“I don’t live in Driggs,” Steen said. “In the wintertime it might as well be Salt Lake, honestly. I just don’t foresee myself going over there.”

Steve Weiss moved to Jackson in April and has climbed at Enclosure since May. He is one of many Enclosure members who won’t be making the drive to Driggs to climb.

“It’s too far and from my understanding the pass is super sketchy in the winter,” Weiss said. “It’s 45 minutes to an hour away. I don’t know if it’s really worth it.”

There are no alternatives for climatized climbing for climbers who don’t care to make the trip over the pass.

The climbing community is left wondering how to stay in shape during a long winter in a sport where strength and fitness is everything.

“You gotta start over,” Weiss said on taking a break. “It’s just tough. It’s like anything else weight related. It’s tough to get going again.”

Tyus said she doesn’t believe she can stay in shape until summer, either.

“I will maybe go over the pass occasionally, but probably not much,” she said. “I’ll have to start from scratch come climbing season in the summer. It’s a big bummer.”

The closing of the climbing gym will have a ripple effect. Serious climbers likely won’t be eager to move to a place where their favorite hobby is off-limits for a majority of the year.

Those who live in Jackson will have to reconsider how they spend their winter months. Nobody was prepared for the announcement. Nobody was warned.

Now climbers are left scrambling to figure out how to get their fix on the hobby they so adore.

One of them could buy the gym and run it themselves. Charge what is needed to make it work financially.