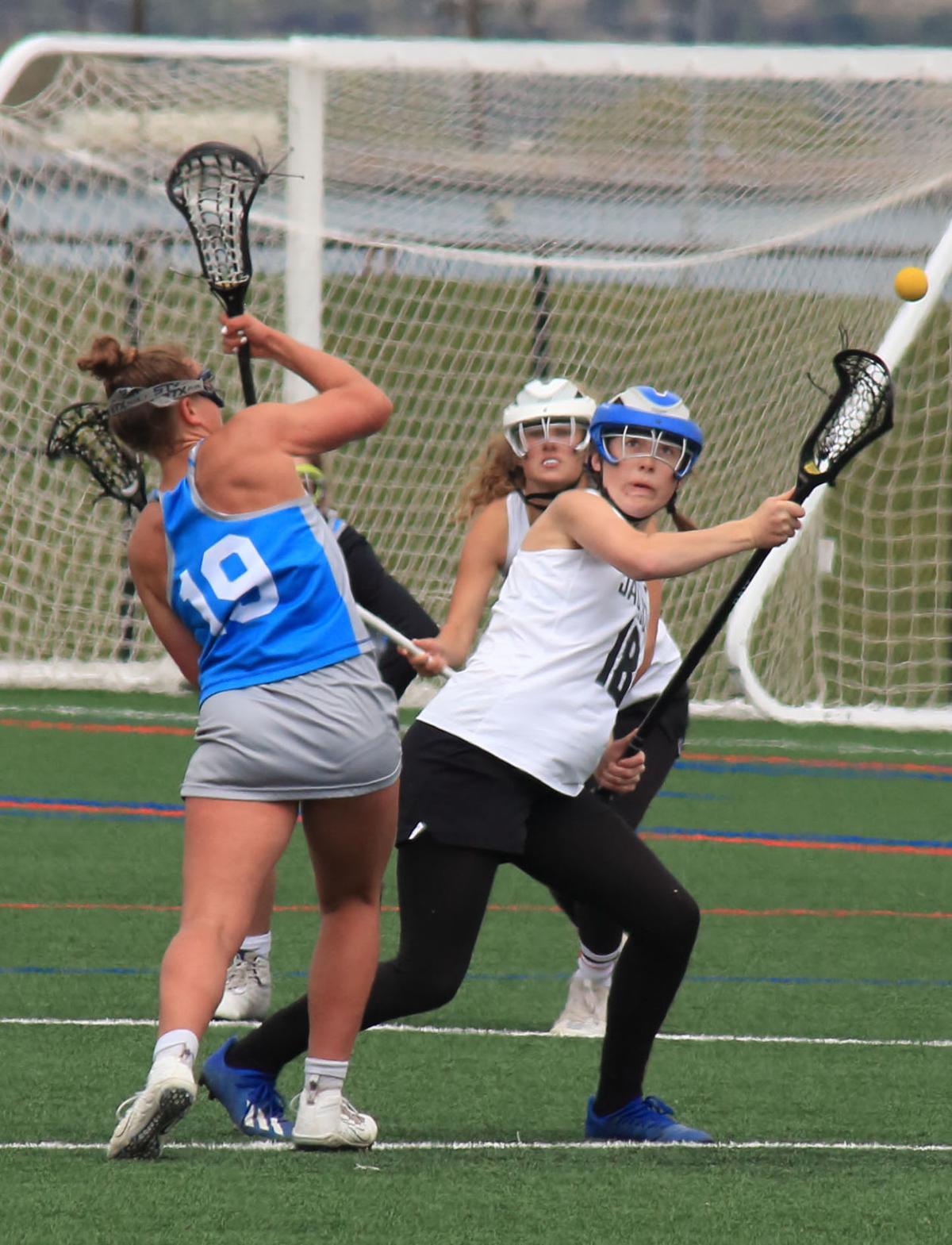 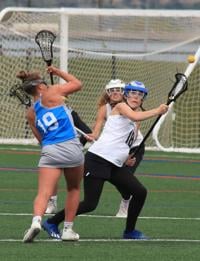 Skye Eddy faces off against an opponent last week in Billings, Montana. 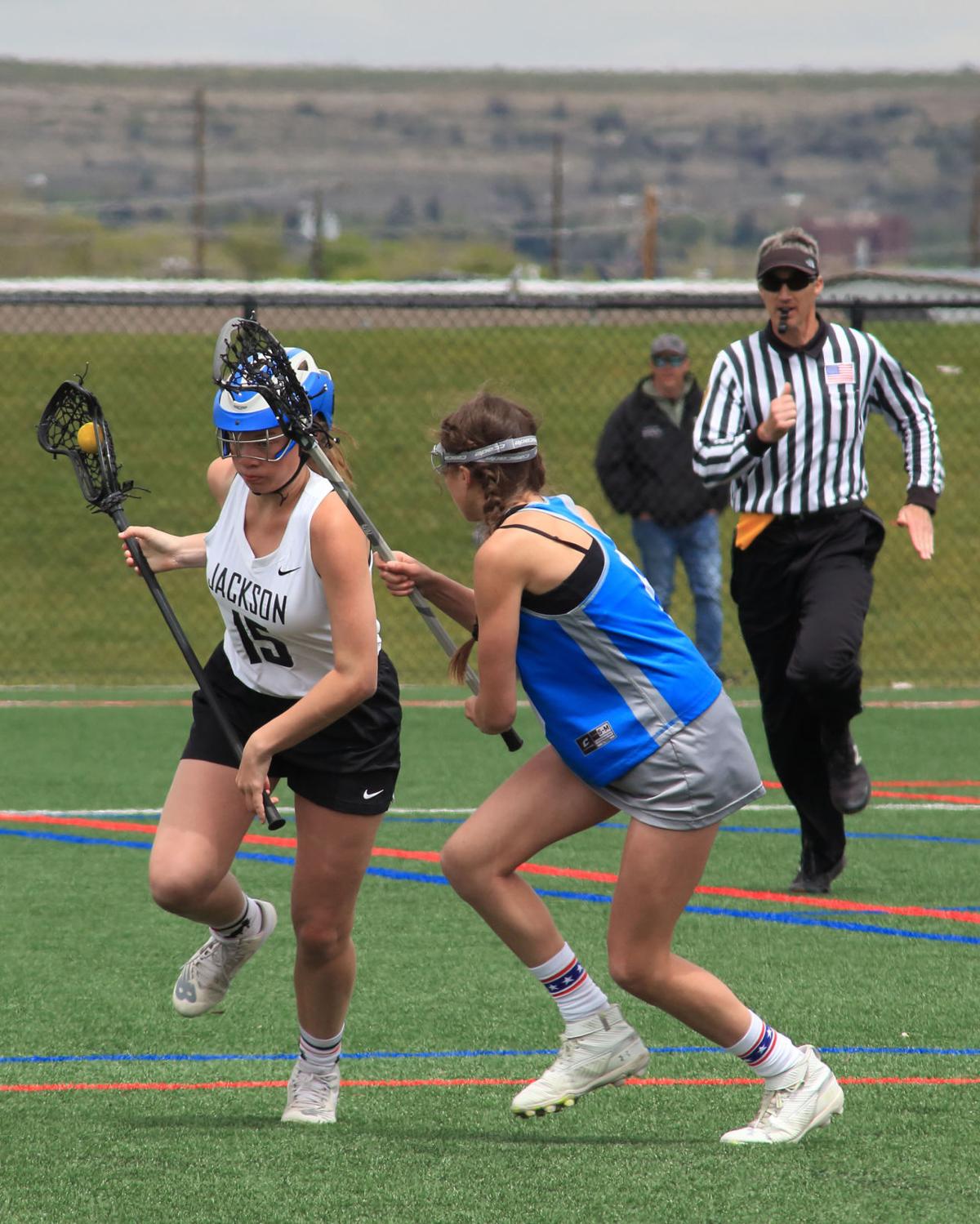 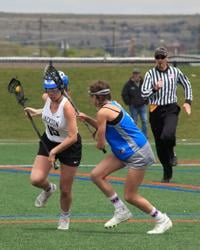 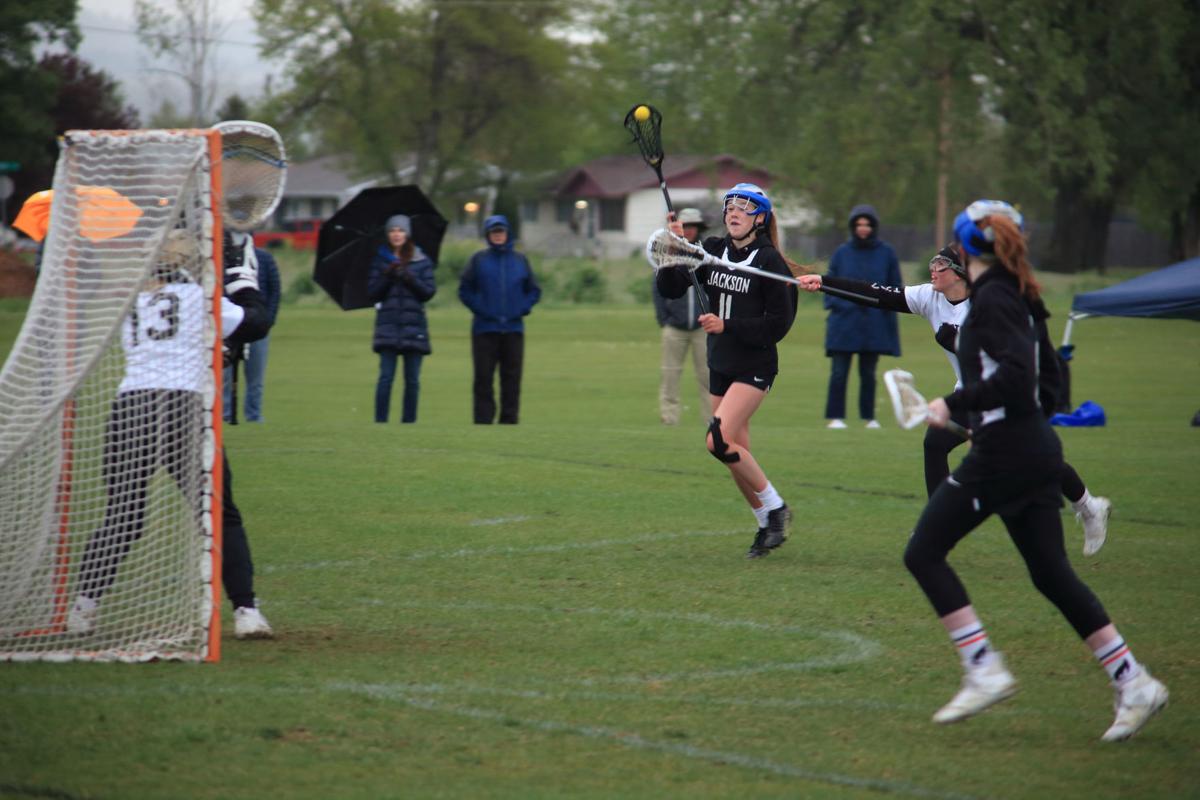 Skye Eddy faces off against an opponent last week in Billings, Montana.

Jackson Hole girls lacrosse season ended up being “one of the best years of lacrosse we’ve ever played,” junior midfielder Sarah Robinson said.

Two crowning achievements were defeating Bozeman for the first time and placing higher than ever before at the Montana State Championship.

The Bozeman team was 14-0 until May 15. Its undefeated season came to an abrupt end at the sticks of Jackson. That 10-8 victory over the eventual state champions was Jackson’s first-ever win against Bozeman.

Coach Maddie Johnson was delighted with how her girls played.

“It was really cool to just see the girls threading together all the things that we’ve been working on all season,” Johnson said.

Jackson was well prepared and capitalized on early domination.

“From the moment we took our first draw, you could just tell our girls were fired up,” Johnson said. “They were in it with their heads and their hearts. They had been practicing really hard and implementing some new plays and strategies across the game.”

Johnson thinks her team’s communication and enthusiasm were key in the victory.

“There were a lot of just inspiring moments.” Johnson said. “We had great communication, and the hype was there on the sidelines as well.”

Even the Bozeman coach was impressed with Jackson’s game, telling Johnson that she executed her game plan extremely well and that it was the best she’d ever seen the Jackson team play.

That same tournament in Bozeman also featured a 16-9 victory over Billings, which beat Jackson i earlier in the year. Jackson was growing as a team all season. Johnson said her team “had some growing pains early in the season,” but came alive by the end.

Jackson’s season didn’t end there, as the state championship in Billings loomed a mere week away. The girls’ performance in Bozeman helped them to the No. 3 seed at state that weekend.

The state tourney started on a strong note for the Wyoming outfit, with Jackson beating No. 2 seed Rimrock off of some early goals, Robinson said.

“We were winning by quite a bit in the first half,” Robinson said, “and then they started coming back, and so it was close at the end, but it just felt so great to finally win that game, and it just felt nice to do an upset, being the No. 3 seed and beating the No. 2.”

Jackson’s momentum propelled the team to a second-place finish, its highest ever in the Montana State tournament. The final game didn’t go exactly as planned, as Jackson took on powerhouse Bozeman once again and was defeated 17-7.

Senior Captain Skye Eddy said perhaps the team’s momentum and enthusiasm got the better of them.

“We were all really excited,” Eddy said, “maybe a little too much, and kind of got flattened by Bozeman.”

The result did little to dampen the mood of Jackson’s best season in history. Robinson focuses more on the opportunity to play in the state tournament.

“I’m glad we got to play Bozeman in the championship,” Robinson said. “I’ve never been to state.”

Robinson has nothing but praise for the team.

“I love the team atmosphere,” she said. “It’s just so nice to have a team that likes each other and is there for support in every aspect of life.”

Jackson was blessed with some fantastic individual performers this season, with junior Kaitlyn Yarrow paving the way for the offense with 19 goals and 10 assists in 11 games played.

Johnson describes Yarrow as “very, very talented at getting the ball into the back of the net.” She also compliments Kaitlyn’s “creative shots and beautiful stick work.”

On the defensive side of the game, senior goalie Skyler LaRosa was instrumental to Jackson’s success.

“I think she was the best goalie in the league,” Johnson said. “She had a .587 save percentage. And she’s kind of known within the league as the strongest goalie there.”

Eddy was another player who was vital for Jackson.

“You think seniors like Skye Eddy, the captain,” Johnson said, “she was able to make things happen and she’s just a beautiful leader.”

Girls lacrosse has been growing in popularity in Jackson and an incoming class of 15 freshmen, who Johnson describes as “15 stars who will give our juniors and seniors a run for their money,” testify to that.

Freshman classes have been growing over the past few years, showing the growth of the sport in Jackson.

Looking to the future, Johnson believes lacrosse fever could build across Wyoming, with Jackson leading the charge.

“Lacrosse is so new to Wyoming,” Johnson said. “We don’t have a competition here but being able to be a part of the Montana league, and having such a [robust] youth program ... is pretty impressive.”