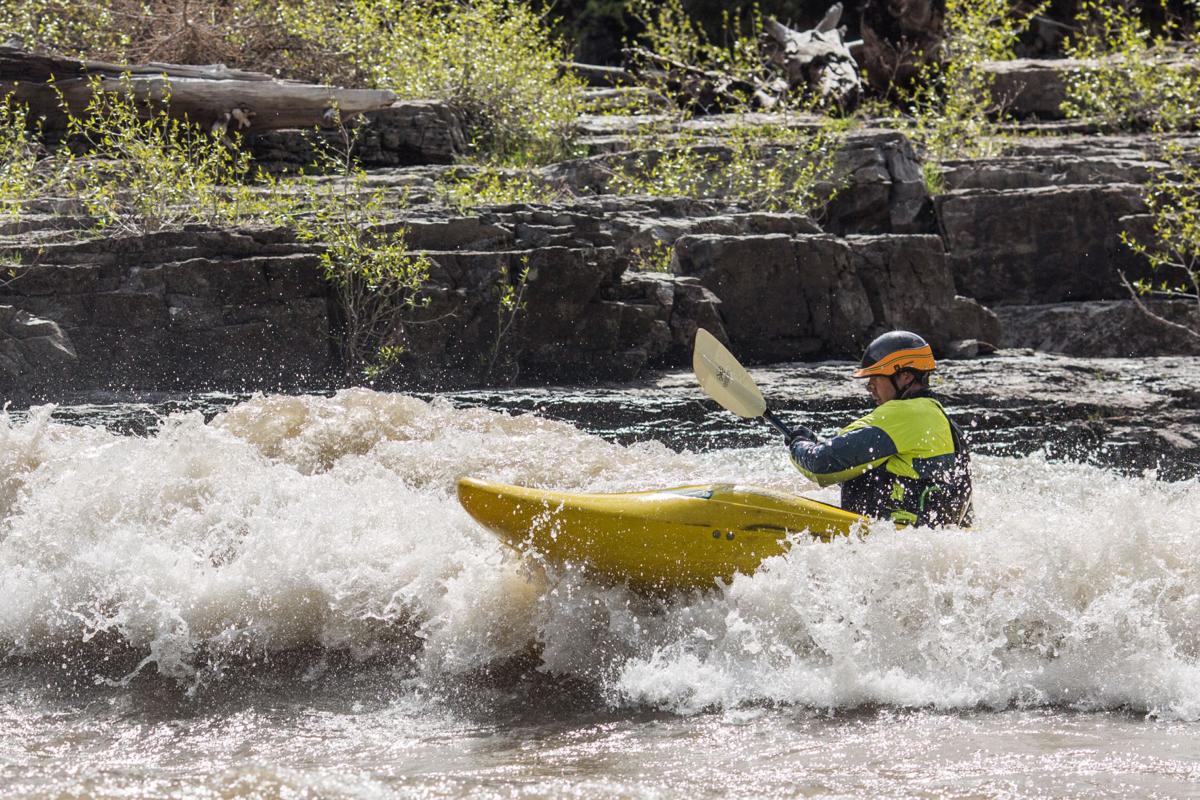 A kayaker navigates a wave May 23 on the Snake River in Lincoln County. 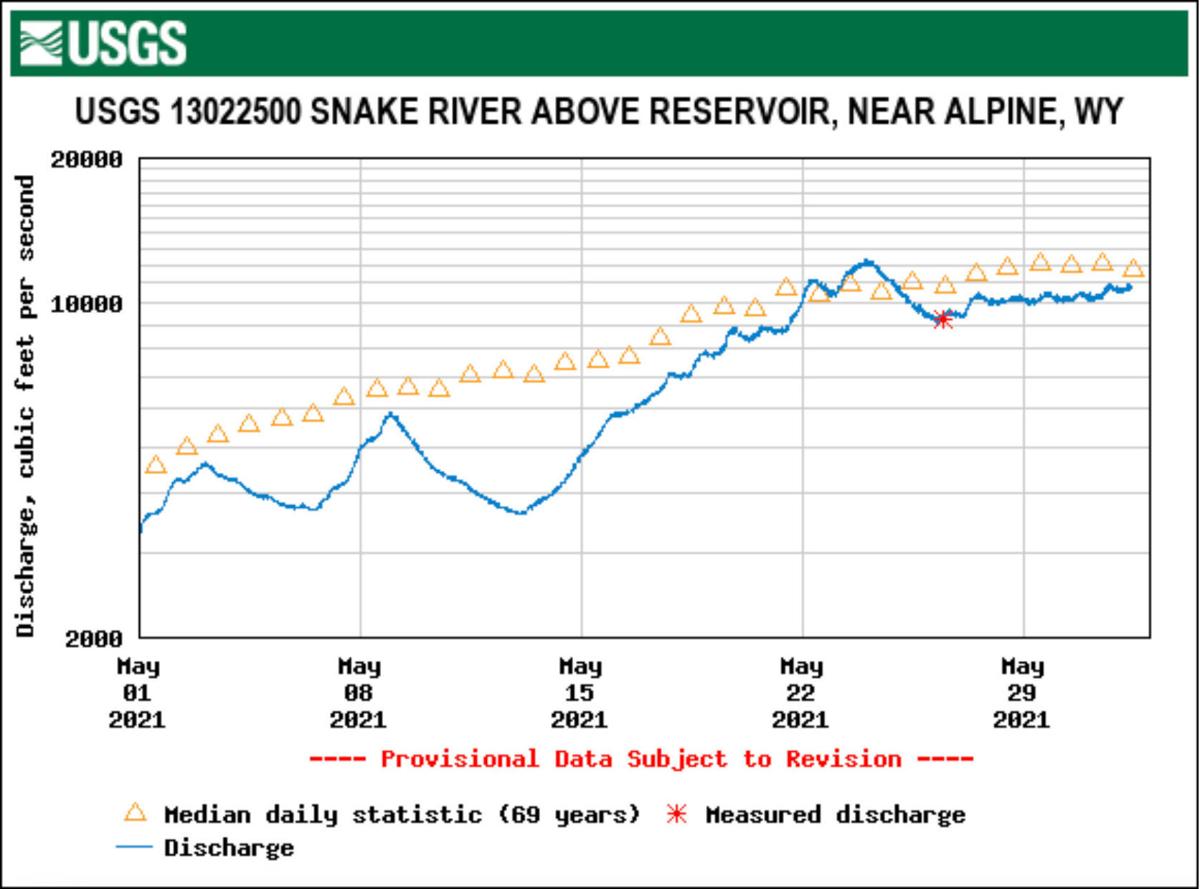 May 2021 Snake River flows in the canyon above Alpine.

A kayaker navigates a wave May 23 on the Snake River in Lincoln County.

May 2021 Snake River flows in the canyon above Alpine.

Gauges around the region suggest that peak flows have already or are about to arrive in Jackson Hole, with most rivers and streams cresting well below their typical peak volume.

The calmer flows were to be expected: The snowpack fueling the watershed had about 20% less water than usual in late April, before the big melt began in earnest. While flows on the Snake River and its tributaries aren’t what they’ve been in recent summers, they’re better than a lot of places in the Western mountains, said Rendezvous River Sports and Jackson Hole Kayak School owner Aaron Pruzan.

“We’ve been really lucky,” Pruzan said. “For my kids and a lot of other kids that I’ve coached, all they’ve known for the last four years is big water. It’s like having a powder year every year, and now they’re just kind of like, ‘Meh.’”

On the plus side, the peak flows aren’t too far off the historic averages.

In the Snake River above Jackson Lake, volume has been bouncing between 2,000 and 3,000 cubic feet per second throughout the days, about 1,000 CFS or so below the median, based on 37 years of data. By the time the valley’s main drainage reaches South Park, having picked up the Gros Ventre and Buffalo Fork rivers, it’s at about 8,000 CFS, which is about 20% lower than normal. On the low end of the Snake River canyon above Palisades Reservoir it’s carrying nearly 11,000 CFS, which is pretty close to the median daily discharge based on 69 years of data.

Flows in the area previously peaked on around May 24, but Natural Resource Conservation Service hydrologist Jim Fahey said water volumes could again swell on the tail end of this week as a result of sunny skies and unseasonably warm temperatures.

If temperatures stay above 37 degrees — the frost point — at night, that could speed up runoff, allowing melting to occur all night, he said. But daytime temperatures, forecasted for the mid-80s Thursday and Friday, are nearly 20 degrees above average and touching on record highs, so there’s likely to be alpine melting regardless.

“We know it’s going to be warm, but the next piece of the puzzle is how much snow is left that really matters,” Fahey said.

Significant snow that’s stuck around in the watershed is all between 9,000 and 10,000 feet elevation. Most SNOTEL monitoring sites are no longer detecting snowpack, and the eight stations that are still registering the remnants of winter are at 62% of the median going by their water weight. It’s unlikely that precipitation will tilt the region toward a wetter-than-average year. Some soil moisture levels measured at SNOTEL sites are historically dry, and most of the Snake River watershed in Wyoming is considered to be in a “severe” drought, according to the U.S. Drought Monitor. While that’s better than “extreme” and “exceptional” drought plaguing much of the Southern Rocky Mountains and Great Basin, long-range forecasts suggest more of the same and continued dry conditions locally.

“The last outlook from the climate predictive centers is just keeping us warm and dry for the summer,” Fahey said. “They’re just going with ‘warm and dry’ for the whole summer. There could be rain showers or thunderstorms here or there, but as far as an extended good monsoon, hat doesn’t look like it’s going to happen this year.”

“It’s really busy, and we’re already having to turn some people away,” he said. “This is our 26th season, and we’ve always tried to say yes to everyone, but over the last year we’ve had to learn to say, ‘Sorry, we’re at capacity.’”