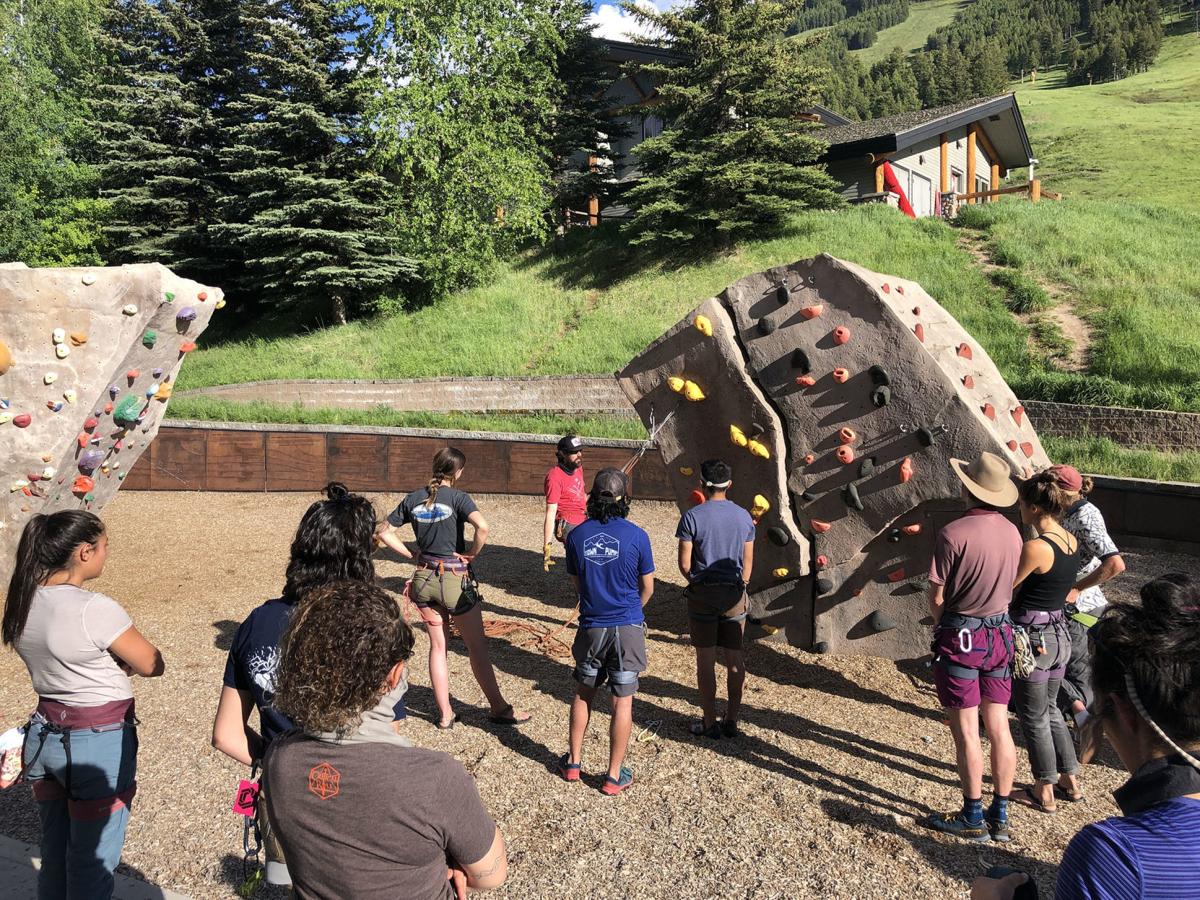 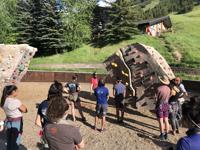 Competitors in the Town Pump Bouldering Series eye their routes at the base of Snow King Mountain last week. The series is one of the Parks and Rec sports that have gotten underway after a delay due to COVID-19. 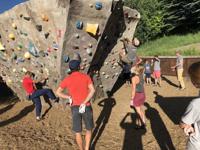 Scores are tallied based on the best score from five routes.

Competitors in the Town Pump Bouldering Series eye their routes at the base of Snow King Mountain last week. The series is one of the Parks and Rec sports that have gotten underway after a delay due to COVID-19.

Scores are tallied based on the best score from five routes.

Last Tuesday, a group of climbing enthusiasts took their gear to Teton Boulder Park, where a score system usually reserved for traditional, competitive sports is implemented.

The Town Pump Bouldering Series, put on by Teton County Parks and Recreation, is one of only a few adult rec league sports that have gotten underway this summer as every avenue of recreation navigates its standing amidst the COVID-19 pandemic. Its scoring system is based on the best five routes achieved, with a score ballot set for each route based on difficulty.

“We always assumed the way restrictions started out we wouldn’t be able to,” organizer John Prenner said of the prospect of having a season at all. He said he and adult sports recreation programmer BriAnna Karn went back and forth with the county health officer, ultimately gaining approval to forge ahead beginning last week.

“By and large the people of Jackson are just fantastic,” Prenner said. “We’re very appreciative.”

Making the transition to bouldering in the post-outbreak world easier are the amenities available in climbing gear. The competitors wear facemasks, and they also use a liquid chalk, which Prenner said contains an alcohol level similar to that of a hand sanitizer.

“Every week we clean the boulder with disinfectant as just sort of a precaution,” Prenner said. “Liquid chalk, a product not meant for COVID, actually works and it really helps us.”

Other sports, meanwhile, are either gearing up for their shortened seasons or are still waiting on approval.

Tennis and kickball have the go-ahead, with kickball slated to get underway on July 10 and tennis having gotten underway last Thursday.

Softball and soccer are still in a holding pattern, with the hope being that they can get the green light this month, though recent spikes in COVID cases could put that timetable in jeopardy. Karn said it’s likely there will be only one men’s and one women’s league for softball, whenever it is able to get underway. For kickball, games are staggered so two teams can compete and immediately leave the field for the next set.

Tennis participants are expected to use their own tennis racket, or if they need to borrow one, it will be given to them for the duration of the season. Instructors ask health questions of participants each week to verify they haven’t experienced any COVID symptoms or traveled to a COVID hotspot.

In all, Karn said there isn’t much disappointment among the adult rec sports community with restrictions and delayed seasons. Folks are simply itching to get back to whatever normal looks like in 2020.

“There was a little drop off in participation, but as far as interest goes, people just want to be outside recreating,” Karn said. “They’re just holding their breath for whenever we can really get started.”