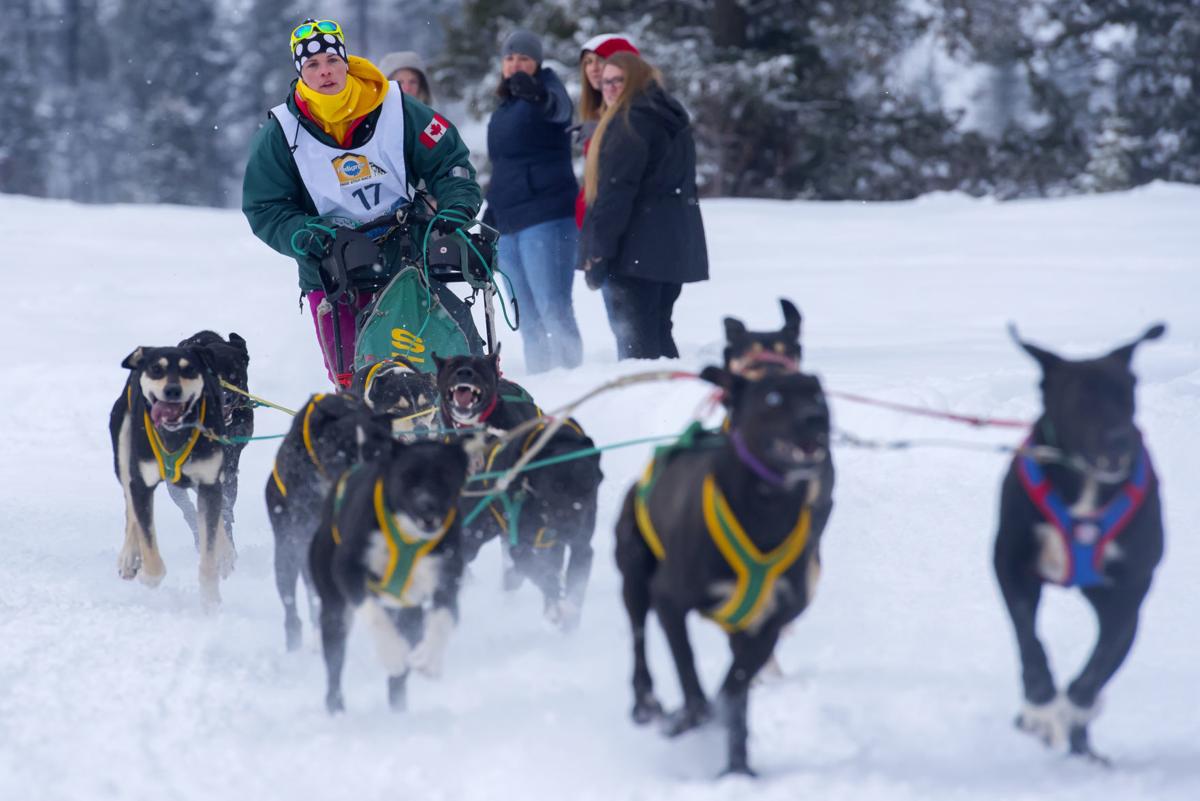 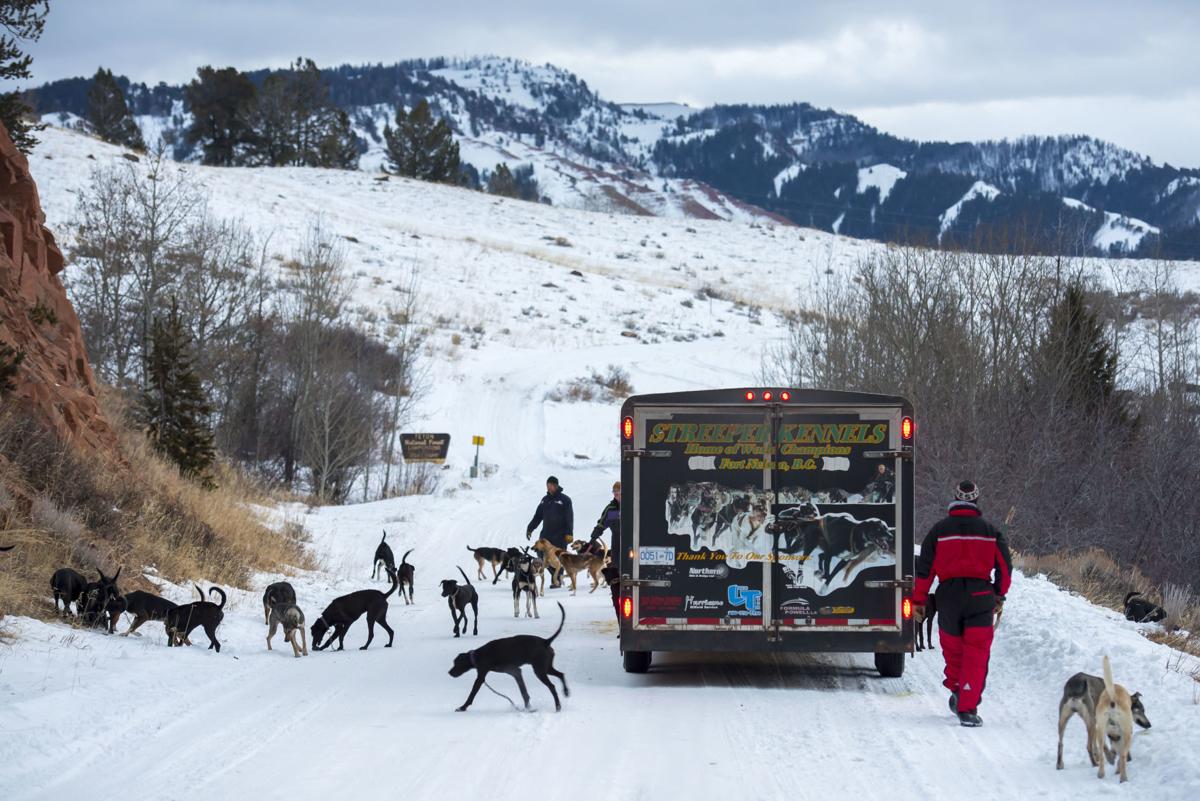 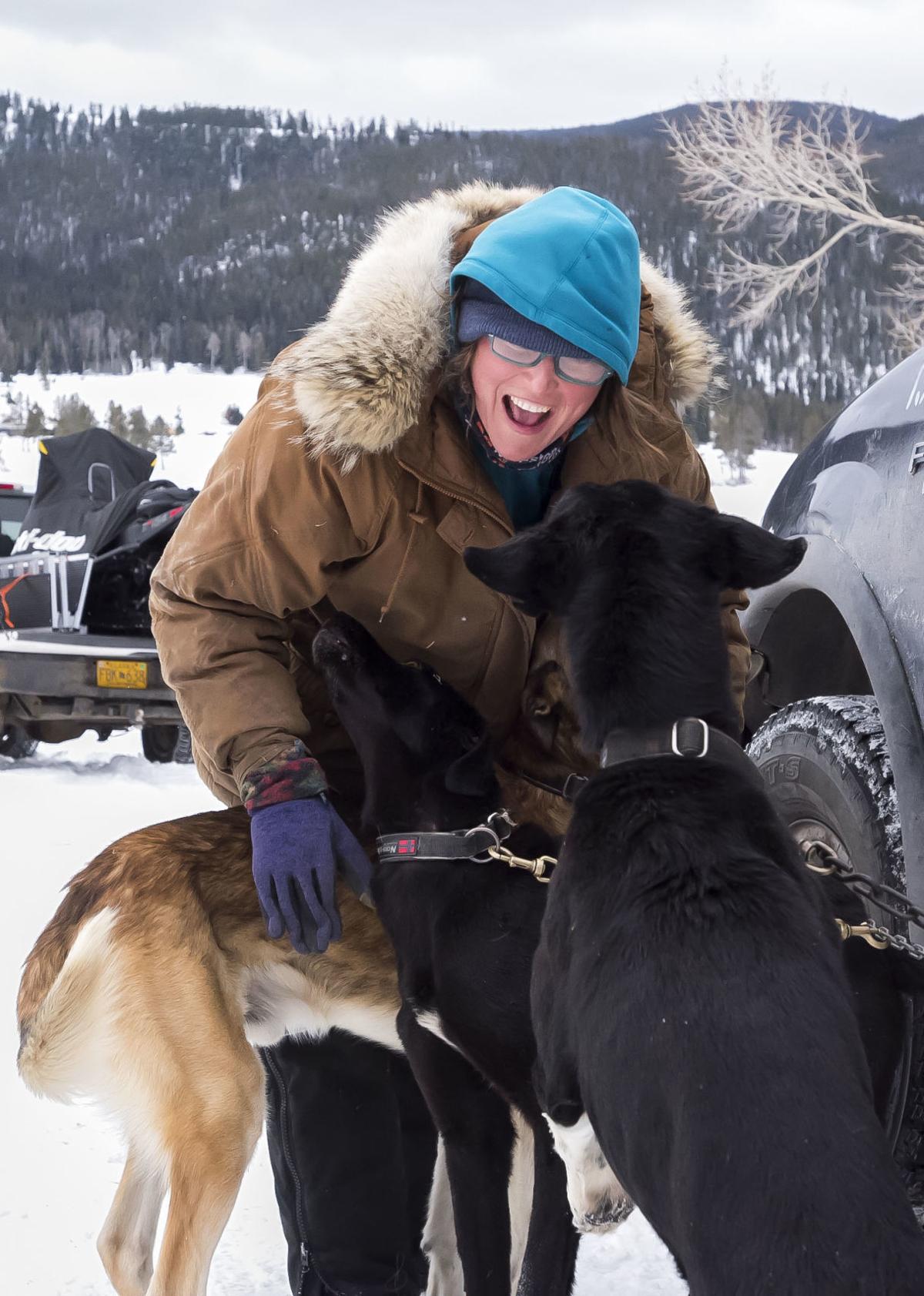 A race that began in the mid-1990s because a local man wanted to give a local option to dog sled racing enthusiasts has not only continued but thrived as it enters its 25th running Friday.

The Pedigree Stage Stop Sled Dog race has gone uninterrupted since its inception, with a few tweaks to stages, distances and field size.

This year’s running is straightforward: $165,000 in earnings to be doled out over the eight-day, 10-dog race that begins in the heart of Jackson Hole and finds its conclusion near Lower Slide Lake. Between the start and finish will be six stages in seven days in Alpine, Pinedale, Kemmerer, Big Piney/Marbleton, Lander and Driggs, Idaho.

The earnings come through both a dog driver’s overall place and daily finishes. Race organizers expect the champion to net somewhere around $25,000 for his or her miles of efforts.

“As far as races go, this is one of the highest purses available in the sport,” race Director Dan Carter said.

Iditarod veteran Frank Teasley, with the help of public health nurse Jayne Ottman, founded the race in 1996. Their hope was to showcase Wyoming and make dog sled racing more accessible to the public.

And Teasley hasn’t wanted to simply watch. His Jackson Hole Iditarod Sled Dog Tours runs a team each year, and for the past four it has been Alix Crittenden, a North Carolina native who’s now a Bondurant musher/guide/all-things-Wyoming enthusiast.

Crittenden was third overall last year. Since racing season closed last spring, she and the dogs have been speeding down trails with visions of another top-five performance. Free runs with the dogs through the summer to keep them mentally engaged became harder training runs to have the pups in fighting shape by the time they hit the trails for a chunk of that six-figure purse.

“We work all year for this race in particular; this is our big race,” she said. “It’s definitely the highest-paying race for anybody involved in it. We don’t have a chance to race for a purse this big in our genre of racing.”

It does not quite cover the distance of “The Last Great Race on Earth,” the Iditarod, but it has molded into possibly the perfect fit for kennels across North America. Efforts to make the race more enticing for a wider berth of kennels have made each stop of the race, excluding the ceremonial opening this Friday in Jackson, in the neighborhood of 30 miles as opposed to the old format with some legs, like Alpine, running 45 to 60 miles each.

There was also the introduction of an eight-dog race a few years back, which Carter said ultimately brought more kennels into the fold but had lived out its purpose. Last year featured the eight-dog secondary race, though it’s gone this year. All efforts, eyes and planning will be given only to the classic 10-dog outing.

“When we reduced the total mileage so every leg was 30 to 35 miles … within 24 hours the field was full,” he said. “Having that reinvigorated interest, being able to fill the field, having the 25th anniversary — the decision was made to focus on the main event.”

The 25th anniversary is perhaps a selling point of its own, but this year’s race brings with it storylines of redemption that everyone from the director to the mushers themselves would have been happy to avoid. Heading into the Driggs, Idaho, leg last year, Lina Streeper of the ever-dominant Streeper Kennels led by a big margin, followed by Erick Laforce.

When the final stage came to a close the following day, Streeper was eighth and Laforce 12th. Newcomer Anny Malo was the champion, close to 40 minutes ahead of Emilie Entrikin in second.

The drastic, late-race shuffle came on the heels of a missed turn for the leaders, a mistake that cost Streeper Kennels their sixth straight victory dating back to Buddy Streeper’s three-peat from 2014-2017.

It allowed Crittenden, too, to move up from fifth to third, her highest finish in her four years running the race.

“Even though we’re all competitors, we want it to be a race, we don’t want to win because somebody messed up,” Crittenden said.

“I was really happy to be third, I thought my team deserved it. Part of the race is staying on the trail, but it is still bittersweet.”

Carter, meanwhile, said that although race officials felt the course in Driggs was clearly marked, they’ve made changes to their designations this year in an effort to make the course markers as obvious as they can get them.

“We felt like the trail was very well marked, but if we can do something, hopefully they take note this year and pay more attention,” he said. “But our philosophy is the trail will be marked, and the race isn’t just about the absolute fastest dog team. A musher needs to pay attention to the trail.”

Streeper will be back, as will Malo, the two early favorites to be near the top by the time the race finds its finish. But Crittenden, too, has made improvements as the years have gone past, and brings a third-place finish from last year’s race to the starting line. She admitted to some nerves about her team, now comprised of some young dogs she doesn’t quite have that race experience with.

“This year I’m forced to run a lot of 2-year-olds, this is a new feeling for me,” she said. “They just get old too damn quick.”

And if her young pack can rely on the summer miles and longer fall sessions, she’s not counting herself out from breaking up either Streeper’s redemption story or Malo’s title defense.

“I would like to see us in the top five, but the goal is to win,” she said. “You never go in expecting to be second.

“I think you just have to be ready to make your move if the opportunity presents itself, but I think it all goes back to dog care, and the biggest goal is to come out with happy dogs and have a good time.”