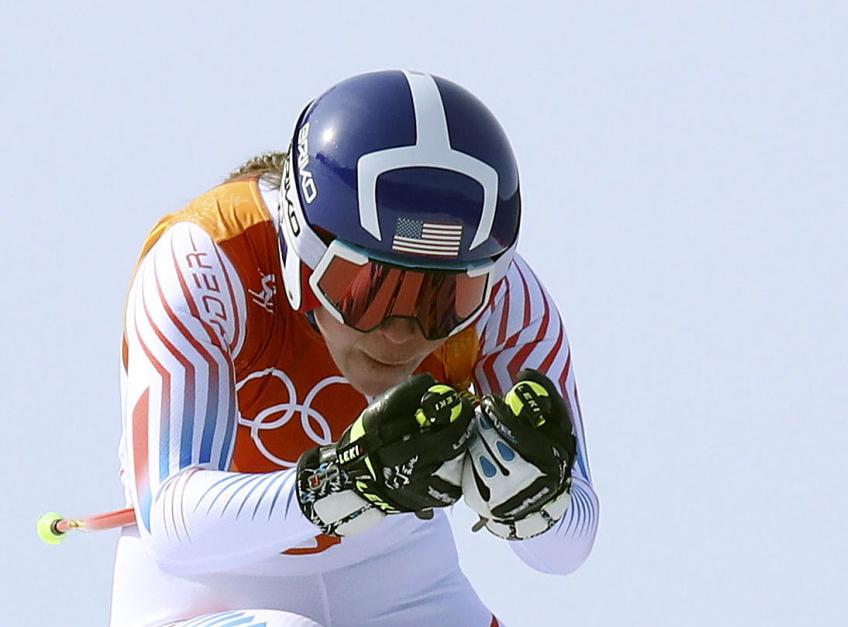 Breezy Johnson competes in the downhill at the 2018 Winter Games. The Jackson Hole native was in Italy with the U.S. Ski and Snowboard team as the coronavirus epidemic began taking hold in Europe. 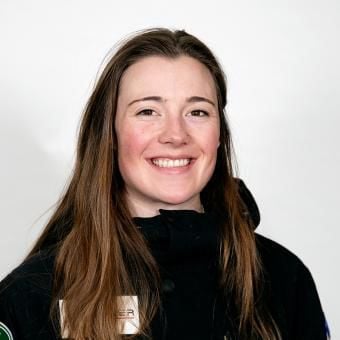 Breezy Johnson competes in the downhill at the 2018 Winter Games. The Jackson Hole native was in Italy with the U.S. Ski and Snowboard team as the coronavirus epidemic began taking hold in Europe.

Right around the time Italy was becoming the focal point of the coronavirus pandemic, Jackson Hole native Breezy Johnson was in the midst of her comeback professional ski season. In Europe.

Before ski season was lost for good to concerns arising from the spread of COVID-19, Johnson was on her way back to reasserting herself after she lost the 2018 season and the first part of this one to successive knee injuries.

From Feb. 21 to Feb. 23, Johnson was racing World Cup events in Crans Montana, Switzerland, securing her best performance, a fifth-place finish in the downhill. After that stop on the tour it was on to La Thuile, Italy, for a World Cup Super-G on Feb. 29.

That was not the case. There were thousands of spectators at the event, she said, and barricades outside the hotel were never erected.

“It was a little bit concerning,” she said, “when we got out of the race arena we got mobbed by little kids that wanted autographs and stuff.”

Johnson has been back in the United States since March 2.

When she stepped off the plane, no one asked her any questions about her travels.

“I was shocked because my mom had flown over to Europe at the end of January, and she had gotten asked on her way back if she had been to China or Japan,” Johnson said. “I walked in and obviously everything was way worse at that point, and nobody asked me a single question about where I had been.”

Since returning home, Johnson has been practicing a self-quarantine at the direction of the ski team. And until the entire slate of races was called off last week, she was prepared to compete anywhere racing was still taking place. She had been keeping her bags packed to be ready to board a plane back to Europe at a moment’s notice, like the Alpine World Cup Finals, which were scheduled to take place in Northern Italy March 16 through 22.

There was an option to go to the NorAm Finals in Canada from March 17 to 24. Both events have been canceled, along with the remainder of the U.S. Ski and Snowboard team schedule.

“I’m 24 years old, and I am probably going to be fine from this virus,” Johnson said. “What I was seriously concerned about was, I don’t want to be responsible for killing somebody else, which I took really personally.”

Alta native Jaelin Kauf was in a similar position, the season rug of moguls competition ripped out from under her while competing in Europe. The World Cup Finals were on tap in Sweden for Saturday and Sunday before the events were axed and the season was called for good.

Luckily enough for Kauf, there were no swarming fans as the final competition came undone. She was also advised to do a 14-day quarantine by the ski team, including keeping a daily diary and checking her temperature twice daily.

Kauf finished the season in third place in the World Cup standings.

“It’s definitely a bummer to have canceled this season, it’s kind of crazy like you think you have three more events or chances to ski and then you realize you already skied in your last event for the season,” she said. “There’s not much you can do about it but it’s definitely the right call.”

Johnson had hoped to get to Park City, Utah, home of the U.S. Ski Association Center of Excellence. That was also nixed with COVID-19 cases reported in Summit County, Utah.

It’s a disappointing end to the season, but with so much up in the air, the effects of this pandemic could very well carry into the next season, Johnson said. Training camps in April and May are likely to be called off. Some of the ski team staff is European, putting in doubt their ability to get stateside to work with the athletes.

It’s especially tough for Johnson, whose back-to-back knee injuries put her career in doubt. Upcoming months of training camps and summer dryland training are essential to not only keeping fit, but maintaining confidence that those knees are going to hold up on the slopes in 2021.

“I think I can be bummed out without being like they shouldn’t have [canceled the season],” Johnson said. “I understand it, but it still sucks.

“I was just starting to feel OK, like things can go right for me again. ... It does kind of feel like the universe is conspiring against you with all this stuff.”