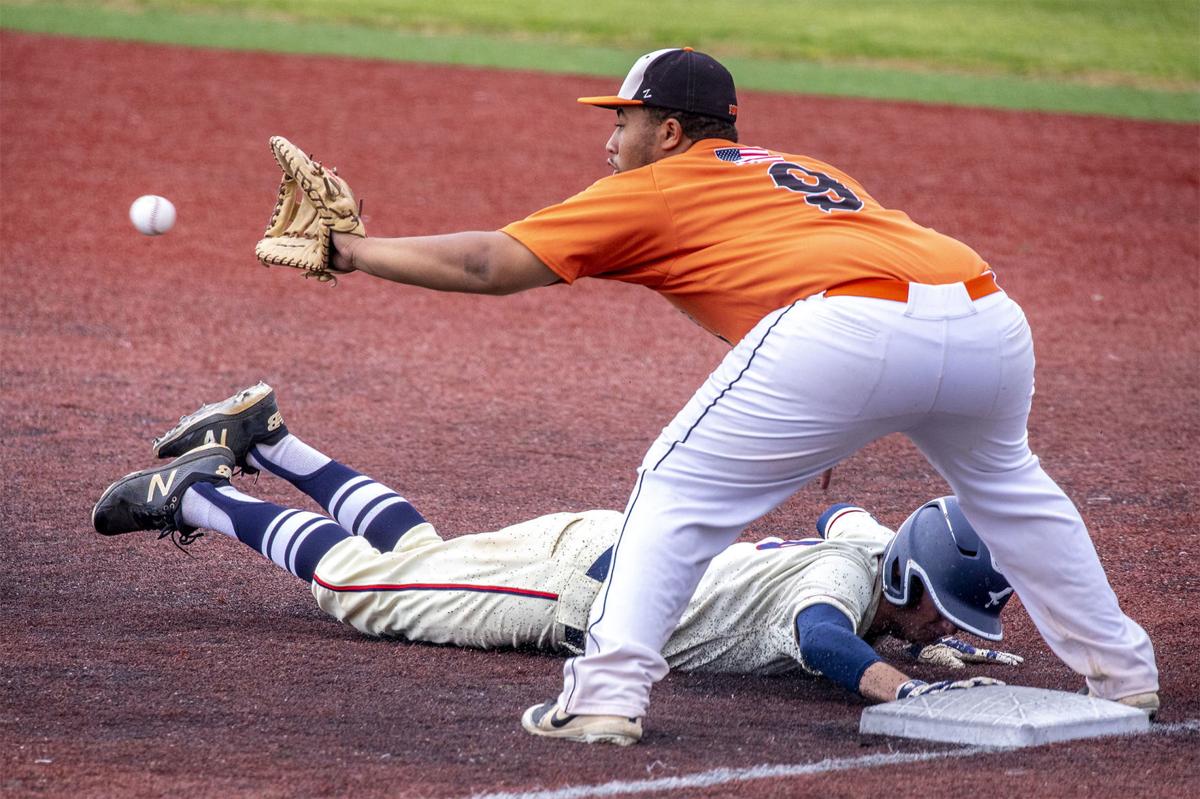 Jackson’s Nate Fairbanks dives back to first base during Saturday’s game against Rock Springs in Gillette. 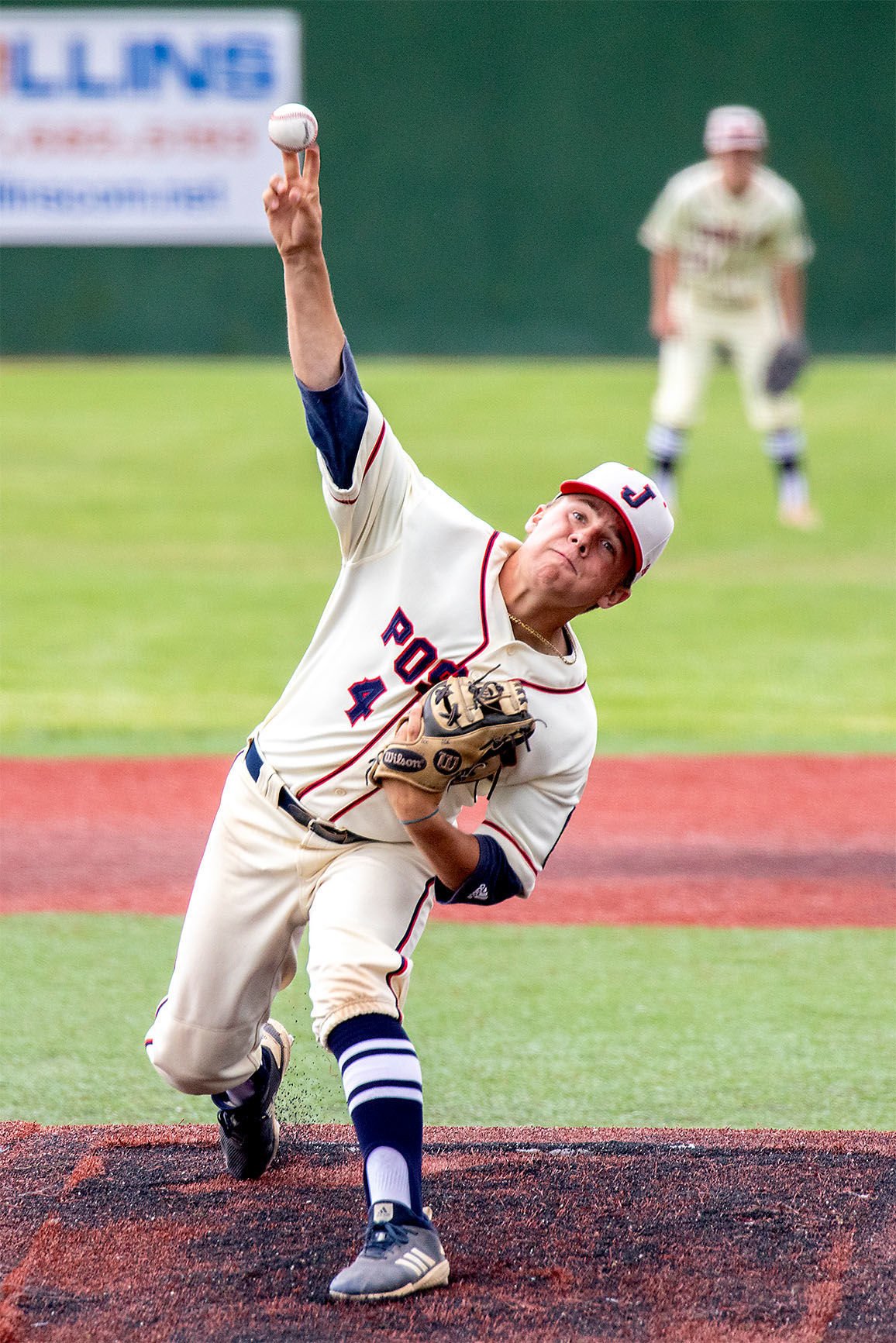 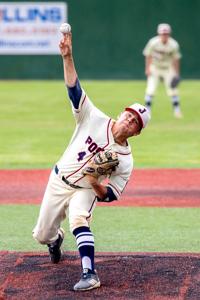 Jackson’s Nate Fairbanks dives back to first base during Saturday’s game against Rock Springs in Gillette.

The goal from the onset was simple enough for the Jackson Post 43 Giants. They wanted to win the program’s first AA American Legion baseball state title.

After a season of ups and downs — though certainly more ups — Jackson had battled its way to championship day in Gillette on Tuesday against the Casper Oilers, needing to beat the Casper side twice to lay claim to the state title and keep their season alive.

But Casper starting pitcher Corbin Kirk proved difficult to see, and the Oilers ran out to a lead while holding Jackson scoreless. The Giants fought into the top of the seventh inning to load the bases, but Casper closed Jackson’s hopes of a comeback, and its season, with a 5-0 victory.

“That’s the mark of this team, they don’t give up,” Jackson Manager Jason Huggins said. “Hats off to Casper. They did a great job this year, Corbin Kirk, he just did an outstanding job.”

The Giants finish the campaign 36-22-2 and took second at the AA state tournament — the best result in program history. The team moved to the higher classification in 2013.

The Giants were forced to scrap in their final game of the season, with hits hard to come by and frequent base runners causing sweats for them on the mound. Parker Bleggi made the start, worked out of a bases loaded situation in the bottom of the second, and was relieved by Nate Fairbanks in the bottom of the third once the Oilers began pouring it on. From the plate, Fairbanks broke Kirk’s no-hitter bid in the top of the sixth inning, but the Giants were unable to string together any more hits that inning and finished with just two hits against Casper’s eight.

The Giants entered as the West’s No. 2 seed, opening play Friday against the East’s No. 3 Laramie, the only AA Wyoming baseball team the Giants didn’t face during the regular season. The Rangers stunned Jackson, 6-0, to send the Giants reeling and completely readjusting their lineup plans for the weekend. Their intention was to get past Laramie to open, and then pitch ace Anthony Bleggi in a likely Day 2 matchup with Gillette. After being bounced by the Rangers, that matchup had to wait.

Jackson returned on Saturday, putting Rock Springs away 14-1 to stay afloat. In the loss to Laramie, Jackson had just two hits. Against Rock Springs, the Giants recorded 15 hits, with Nate Fairbanks and Quentin Bruno hitting home runs, and Fairbanks leading the way with three RBIs.

“We’ve done that all year long,” Huggins said afterward. “All the tournaments we’ve been in we’ve come back and played really good the last three or four games. We are built for tournaments that last.”

The next two games were in typical Jackson fashion, low-scoring, grind-it-out affairs where the loser went home and the winner pressed on. Jackson took on East No. 2 Sheridan on Sunday, where the Troopers went up 1-0 in the second inning and held that lead into the fifth. In the top of the fifth, Fairbanks singled to left field to score Parker Bleggi, and Bruno hit a fielder’s choice to score Connor Lang. Anthony Bleggi entered in the seventh to seal the game, and Seth Christiansen took the win, pitching six innings and recording three strikeouts.

Jackson then met Gillette on Monday night in a play-in game for the Tuesday championship, finally pitting Bleggi against the Roughriders as the team had hoped to do much earlier. Gillette and Casper were the tournament’s top seeds, and Casper handed Gillette its first loss in their meeting Sunday, forcing Gillette into a win-or-go-home game with Jackson.

After Gillette went up 1-0 in the first inning, Jackson knotted it in the third with Ellingson doubling to score Fairbanks. Jackson added runs in the sixth and seventh innings, and Lang closed the game to send Jackson on to championship day for the first time.

Anthony Bleggi got the win from the hill, going 5 1/3 innings and recording six strikeouts.

“That was the best win we’ve had in my opinion in this program,” Huggins said. “We’ve been in that game four years in a row, and this year, breaking through that game – I’m just excited for our kids, for how hard they’ve worked, for this moment.”

The long road to championship day was costly. Chiefly because Jackson’s top two pitchers, Anthony Bleggi and Christiansen, weren’t able to throw at all after eclipsing the pitch count rules in the previous days. Parker Bleggi and Fairbanks were the expected starters for the final day, but as the fresher Casper Oilers pulled away from the Giants on Tuesday, the Giants were forced to bring in Fairbanks in relief while the game slipped away.

Fairbanks, who finished his senior season with the Giants from the mound, was arguably the standout of the tournament for Jackson. He hit 8-for-17 with a home run and four RBIs across five games.

With the season over, and a number of Giants players shedding their uniforms for the final time while a new batch of young players look ahead to their chances next year, Huggins had nothing but praise for his team. The loss stings, sure, but 2019 is the farthest Jackson has gone in program history, which moves them one step closer to the ultimate goal of winning a state title.

“There’s no reason to hang our heads,” he said. “The kids are more upset that the season is over. It’s a big part of their lives.

“The program is at an all-time high. We’ll continue to grow, what these players have done has made the program better, and we’re excited with the future for sure.”

Congratulations to Jason Huggins and the entire Giants program. Heck of an accomplishment.

This team had 4 seniors and 1 returning college freshman. I sure hope they are getting the underclassmen prepared to play next season. That’s the only thing I saw wrong with this whole season was they stuck with the main 5 guys way to much and don’t have a vision to play any younger players for the future of a program. It’s gonna be a long season next year. I also heard they had 4-5 kids quit because of playing time. When you “pay to play” you expect playing time. I can’t imagine in a town as wealthy as Jackson is that any kid should have to pay to play any sport. Especially when it comes to the American Legion. You’d think their would wealthy people lined up around the town square to donate money for such a cause. JMO. I’m happy for the players and families of these kids. Short sided vision from the organization and coaches though.