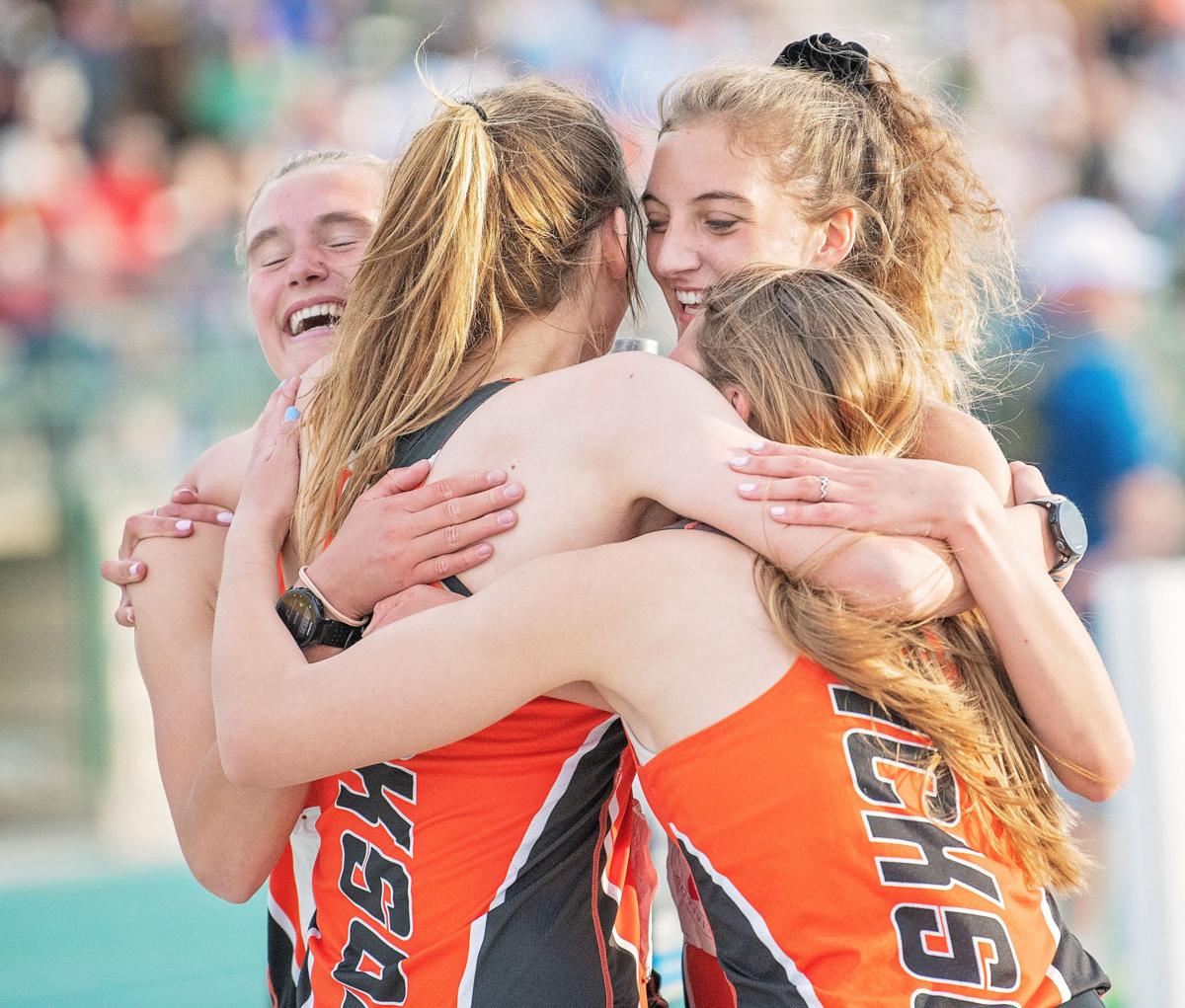 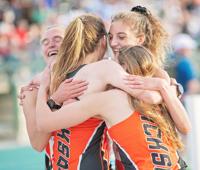 Jackson’s Mason Wheeler keeps pace with the pack on his way to a second-place finish in the 3200-meter run Thursday in Casper.

Coach Bill Wiley said the state titles were especially exciting for the team, as last year’s state meet was canceled at the onset of the COVID-19 pandemic.

“Missing the state track meet last year certainly made us ... getting off the bus, grateful that we were even there. But then to see the performances of the kids was pretty amazing.”

Jackson’s boys 3,200-meter relay squad of Ben Williams, Mason Wheeler, Roman Goralski and Brandon Brazil took first place with a time of 8:13.46. All four runners were part of the Broncs cross-country team that secured the team a state championship back in the fall, and this win meant a final state title for Senior Ben Williams.

Wiley was proud of the team: “Our girls from medley got the state record as well as the best time of the meet and were state champs, then we had a sweep of the boys and girls 4-by-800 meter, which was incredible.”

“It was your typical state track meet in Wyoming, where one day was beautiful, one day was awful and one day was in between,” Wiley said. “You could just tell that everybody at the event was just absolutely beyond words, happy to be there. It was pretty impressive.”

After the weekend’s successes, Wiley had a positive outlook on the future of the team.

“The future is very, very bright for Jackson Hole Lady Broncs,” he said. “They can rock track and field, and the kids that will be seniors next year are big in numbers, huge in talent and good kids. And you know our sophomore and freshman classes produced pretty well as well.”

Analeise S. Mayor can be reached at amayor@jhnewsandguide.com.