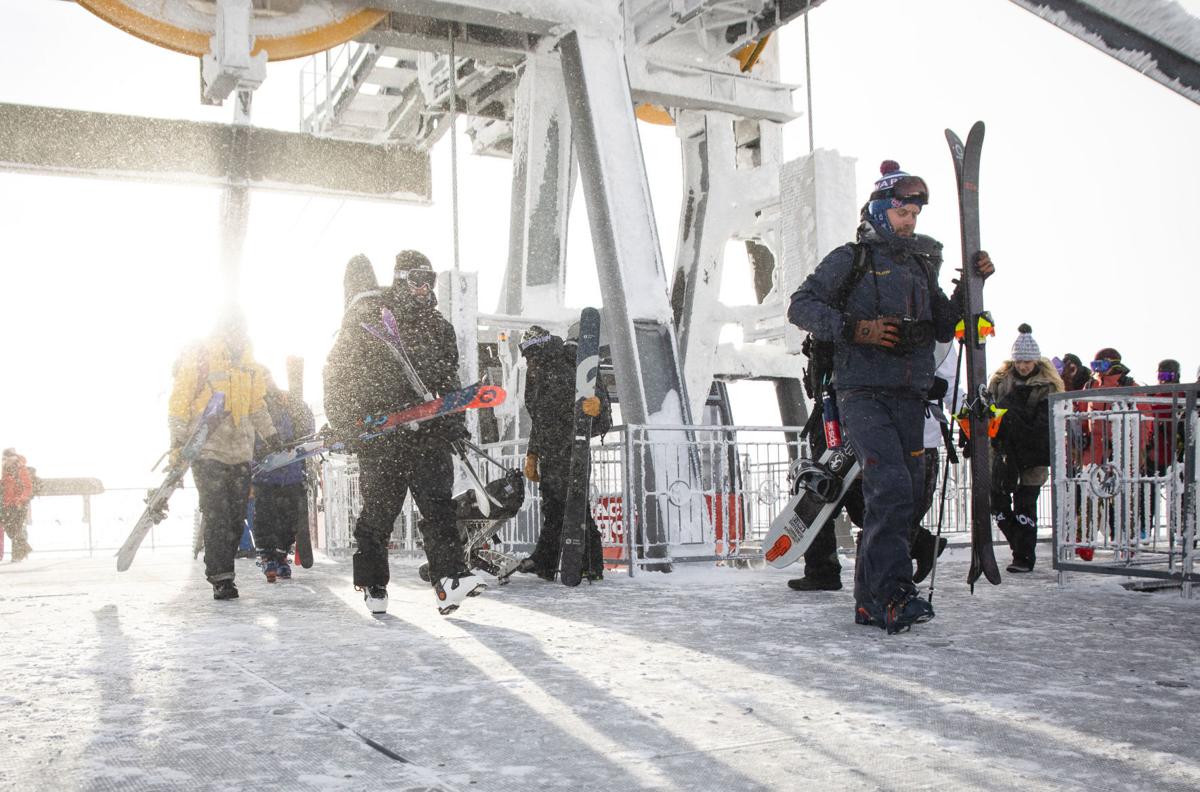 Jackson Hole Mountain Resort has announced capacity limits for gondola lifts and the Aerial Tram, and has suspended pass sales for the upcoming season as part of a slate of operational changes due to the COVID-19 pandemic.

Grand Targhee Resort was a virtual ghost town with empty parking lots and slopes on what would normally be a busy powder day in mid-March when it closed because of the COVID-19 pandemic. The resort has not said whether it would capacity-limiting measures like those Jackson Hole Mountain Resort and Vail Resorts intend to implement. 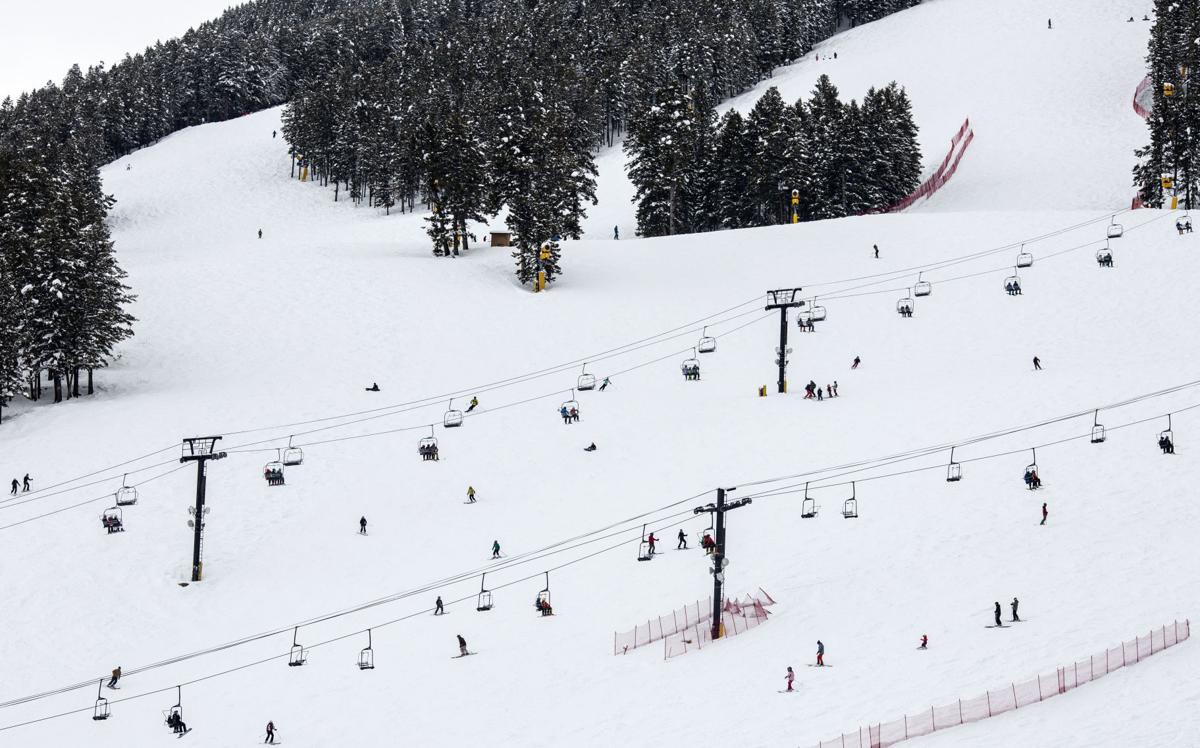 Snow King Mountain saw high traffic after the March closure of Jackson Hole Mountain Resort due to COVID-19 concerns — but it doesn’t usually look like this. Snow King reps told the News&Guide that “social distancing is the norm” and that the mountain’s looking forward to taking advantage of its status as a less-trafficked town hill as the pandemic rolls forward into the winter months.

Jackson Hole Mountain Resort has released plans to limit crowding on its slopes to reduce the risk of spreading coronavirus while other Teton County resorts are still working out details for their winter operations.

“We’re almost there,” Grand Targhee Resort marketing director Jennie White said. “Hopefully by the end of the month we’ll have more of a solid plan to announce.”

Like other ski resorts nationwide, Jackson Hole announced Sept. 9 a slate of changes to its usual winter operations. Sanitizing the aerial tram and the Bridger and Sweetwater Gondola cabins multiple times daily, setting up thermal imaging cameras to detect fevers among skiers and limiting capacity on the tram are among them. So are measures to spread skiers and riders out in lines and require masks in the lift line, on chairs and in gondola cabins.

Chief among the new policies are measures to limit capacity, most notably by capping how many tickets can be sold on the mountain each day and halting pass sales for at least a month.

“We were hoping this whole pandemic would be behind us by now, and it’s not,” said Mary Kate Buckley, resort president. “For people to have a great experience and for people to be safe, we knew that we needed to limit crowds.”

A tale of two mountains

While Targhee is often busy, the westslope ski area doesn’t see the same volume as its east Teton counterpart.

Managers have considered reservation systems and limiting daily capacity, but they’re focused right now on spreading skiers out in mazes or in establishments like the Trap Bar. Targhee’s location could be a handicap, depending on what the demand is this season.

“One of our big problems is not the acreage on the mountain or what you get on the mountain, but where we are kind of handicapped is the limited amount of parking we have and how to get people there,” White said.

Jackson Hole Mountain Resort’s turn to crowd control is consistent with other larger resort operators’ decisions. Vail Resorts, for example, announced ticket sales would be limited and pass holders would be required to reserve spots on its mountains.

The Teton Village ski hill will not require pass holders to do the same, instead allowing them to use the mountain as they normally would. The resort’s capacity limits, which will be different for different parts of the season, will primarily apply via a new requirement to purchase tickets in advance.

Buckley said the goal is “to sell the difference between our capacity and what we estimate on typical days.” The number the resort has come up with for capacity is “probably conservative,” she added, but declined to release it. It may be adjusted as time goes on.

Passes are currently off sale until Oct. 5, and 7- and 10-day passes will not be offered if pass sales come back online. The monthlong break is intended to sell other tickets and, while season passes are set to go back on sale, Buckley admitted that could change.

“We don’t want to oversell so we’re just gonna play it by ear,” she said. “We’re going to take a month. We’re going to work with everyone, see who has made that commitment to come here and make sure we can ticket them.”

Some on social media criticized the resort’s decision, wondering whether it would have an adverse impact on locals. But Buckley pushed back on that. She argued that early season deals on passes, renewal credits, allowing pass purchasers to make a downpayment and finish the purchase later, and a policy allowing pass buyers to request a refund prior to Nov. 16, minus a $45 administrative fee, all should have incentivized early pass buying. Without providing specific numbers, Buckley said pass sales are about on pace with what they have been around this time of year in past years.

“I’d like to hear from a local why they wouldn’t have bought a pass already when they have seen year after year that the best pricing is early on,” Buckley said. “I feel like we have focused on locals and made sure that our locals were not inconvenienced by a reservation system that I think we’ll see from other resorts.”

At Targhee, skier numbers, particularly of Jacksonites, could increase if pass sales don’t resume, but White wasn’t ready to make any predictions.

“Right now, I think it is too early to tell,” she said. “But it’s kind of interesting to think about if there were a bunch of people that held on getting a season pass, and then all of a sudden they’re like, ‘What do I do now?’ ”

The capacity changes, Buckley said, will be “noticeable.”

“Holidays are the periods when we have the most noticeable crowds, and I think people will see a stark difference during those times,” Buckley said. “Your typical January weekday — we expect probably the same amount of people out there.”

Snow King Mountain is the area ski resort that doesn’t usually have to worry about crowds. A lack of lift lines is a key part of its pitch to skiers this winter.

“There’s never been a better time to be the small ski area,” Director of Sales Sue Muncaster said. “Social distancing is the norm at Snow King.”

Snow King’s main considerations are ski lessons and races. Those are the busiest times at the small resort, so they are working with the Jackson Hole Ski and Snowboard Club to figure out the best way to host races.

For ski lessons, they have made some changes, eliminating big group lessons that would typically lump strangers by skill level and lowering the price of private lessons in an attempt to incentivize families. Kids programs are only two hours, Muncaster said, so those will go on as scheduled, though time in the locker room and lodge will be limited.

“In our messaging to them, it’s come dressed warm, be ready to be outside the whole time,” she said.

Resort operators also are offering a new service this year. Because so many kids might be learning at home, they are encouraging homeschool pods to sign up for multi-week lessons that can be at times other than after school. Usually school groups pack the slopes after classes get out, but homeschool pods could opt for morning lessons instead.

Muncaster expects to see some spillover from families deciding to skip Teton Village this year. She didn’t have specific numbers Tuesday, but said “anecdotally” there are families who have already decided to do their skiing in town this winter.