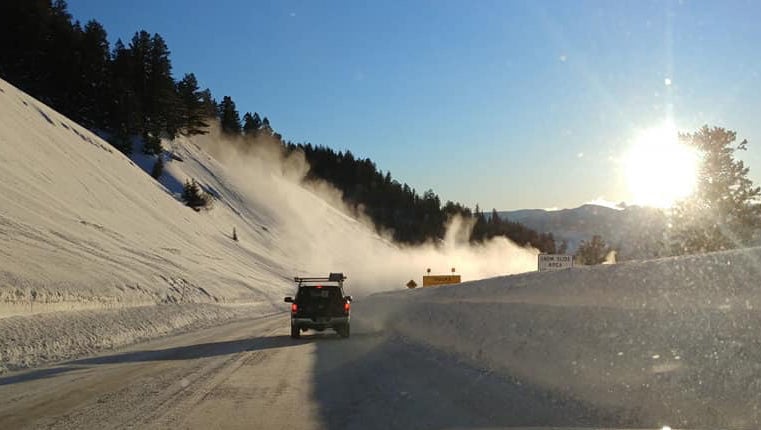 Annette Mangelson posted this photo of the immediate aftermath of an avalanche out of Twin Slides on Teton Pass that deposited about six feet of snow onto Highway 22 and closed the road. 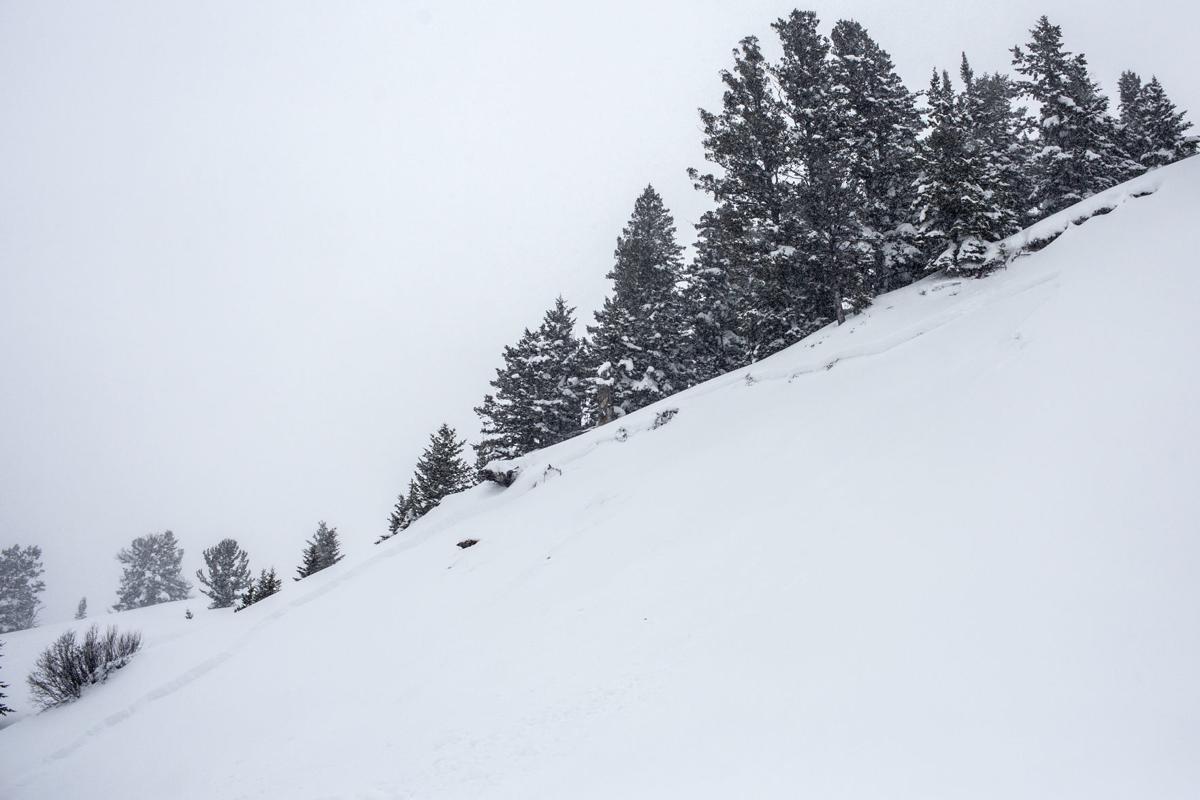 The crown of an avalanche that naturally released from a road cut last week between Twin Slides and Shovel Slide along Highway 22 near Teton Pass. 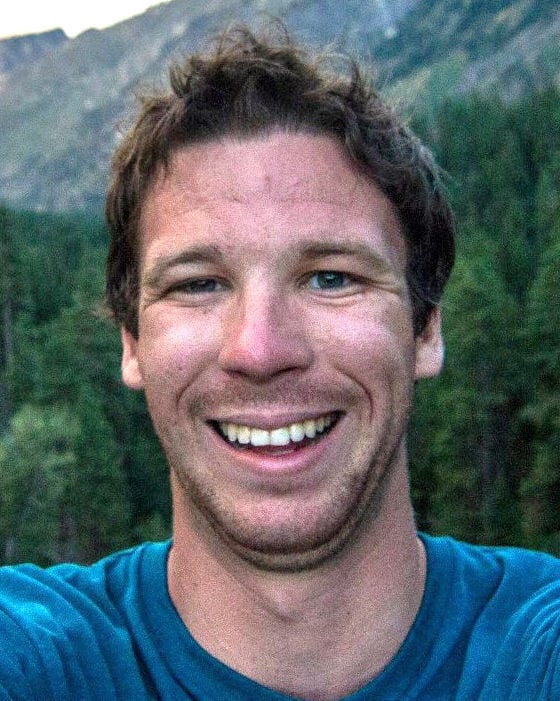 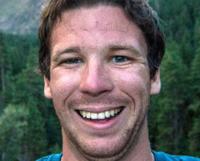 Annette Mangelson posted this photo of the immediate aftermath of an avalanche out of Twin Slides on Teton Pass that deposited about six feet of snow onto Highway 22 and closed the road.

The crown of an avalanche that naturally released from a road cut last week between Twin Slides and Shovel Slide along Highway 22 near Teton Pass.

After an event like the one that occurred on Teton Pass last week, much of the public discourse seems to be focused on what size rocks we should use to stone the party responsible for putting snow over Teton Pass.

But, while mobs are fun, and we all love waving our pitchforks, last week’s events were simply the latest symptom of a huge, deep-rooted problem. And stoning the one guy who made the wrong call at the wrong time might offer catharsis but makes no lasting difference.

Our current ski culture on Teton Pass is toxic, unsustainable and selfish. If we want to keep using that resource we need to make sweeping changes. Anything short of that is merely a Band-Aid on a sucking chest wound.

Before I’m discounted as just another disgruntled commuter, I’m an avid backcountry skier, I spend a lot of days on Teton Pass every winter, and I love skiing there. I also commuted the pass daily last winter and drive it regularly now.

Teton Pass is an incredible backcountry ski playground: We have a huge area to enjoy, with good parking and great terrain. But we’ve been treating it as a right, as something we’re entitled to, not as a privilege that can and should be limited when it infringes on the rights of others.

Teton Pass is first and foremost a highway that connects a community with too many jobs that don’t pay enough for housing in its limited market (Jackson), with another community with a lower price of living (Teton Valley, Idaho). As such, it gets a lot of commuter traffic. According to the Wyoming Department of Transportation’s data from January 2018, the average weekday traffic on Highway 22, west of Wyoming 390 (Moose-Wilson Road) was 11,008 vehicles. Numbers for skier use are unavailable, but I don’t think it’s a stretch to say they are much lower.

Those 11,008 vehicles a weekday are driven by a wide variety of folks. Some of them are people on vacation, driving to spend money in Jackson Hole. Most of them are commuters, waking up early and getting home late so that they can make enough to feed their families. And, of course, a few of them are just skiers running from Jackson to the top of the pass for a quick lap. Every single one of those people is inconvenienced when the pass closes. And the pass closes often. Usually it’s for scheduled avalanche mitigation work, closures that we all accept when we choose to drive that route.

Increasingly, though, it’s closed because of a skier-triggered slide. When that occurs, skiers make life on the pass worse for everyone in two main ways:

First, the obvious one, a skier triggers a slide, puts snow on the road, or worse, buries a car. The pass closes so that WYDOT can clear the road, thousands of commuters are out wages, hundreds of businesses are out employees.

Second, the less obvious problem, when WYDOT closes the road after a skier-triggered slide, it can’t do any additional mitigation work until every skier who is parked at the upper lot is accounted for. So even if you’re way too smart to ski Twin Slides on a considerable day, and you’re over noodling around in the Edelweiss trees, no one can clear the pass until you get back to your car. So those aforementioned commuters and businesses are stuck waiting while you figure out how to get your skins off your skis and get back to the car. It’s not just the people skiing dumb terrain on scary days up there who are the problem. If your car is in the lot, you’re losing innocent people money.

WYDOT has been kind to us for too long. It has let us use the upper brake check area as a parking lot. It has put up with us walking our dogs on the highway in the narrow corridor from First and Second Turn. It has let us keep skiing after burying commuters, even after some idiots skinned up from Wilson while avalanche mitigation work was being done on the pass. We cannot look to WYDOT for the solution to our own stupidity. We need to change skiing culture on the pass from the inside out. Because the alternative is the sweeping closure that, at this point, we deserve.

Treat the pass and all other users with respect. Every time you ski something that if it slid could hit the road, imagine there’s 20 12-year-olds without beacons standing in the slide path. Would those turns still taste so sweet?

Hold your partners and other skiers accountable. We have the power to make skiing on Teton Pass sustainable for ourselves and for the commuters, but we need to work for it. Here’s what I’ll personally be holding myself and any group I ski with to:

• Park at the top of the pass on any day the avalanche danger is high.

• Ski anything that overlooks the road on any day the hazard is considerable or higher.

• Walk back up on the road, ever. I will skin on top of the plow pile.

• Bring my dog on any tour that requires travel along the road.

• Treat skiing on the pass as a right.

• Carpool every time I ski on the pass.

• Hold myself and my partners accountable.

Skiing on Teton Pass can grow into a beautiful, positive thing. Right now, though, our egos are turning it into a toxic monster.

Cy Whitling writes every other week on living and playing in the mountains. Contact him via columnists@jhnewsandguide.com.

Skiing on the Pass is an essential part of Jackson Hole culture, and shouldn't be sacrificed to the massive commuting pressure caused by overdevelopment. There are some reasonable steps to take to avoid skier/commuter conflicts. Close the parking lot on "high" or "extreme" danger days, or simply close Twin Slide, Glory Bowl, and the road cuts to skiing from December 1st to March 31st. Make it a big fine if you are caught skiing those areas. There are thousands of acres of terrain to ski that doesn't impact the highway.

One can easily expect 99% of pass skiers to adhere to the do's and don'ts mentioned in this article but it only takes one person to blow it.
Therefore: Snowsheds, or a tunnel. Keep the pass road plowed with access only by a regularly scheduled shuttle bus. Keep in mind the commerce that the area will benefit from. Simple!

Great article, Cy. As a skier who mostly pokes around the South side of the Pass and never skis slide paths, I too agree that we have to get our collective act together. But, in addition to the few locals who make bad decisions, there are many visitors who ski the Pass and may not know self-imposed rules. So, how can your well-thought rules be known by all? Can we fundraise for a sign at the bottom of the bootpack with skier responsibilities? Could the known slide paths be closed to skiing for the months when most likely to slide, with fines imposed? There’s plenty of terrain to ski other than the few slide paths on Glory. Could the bootpack be roped off & closed on High days, again, with fines? I’m not sure if fines are possible because of jurisdiction, but these are just quick thoughts. I agree that we need to proactively preserve the privilege of skiing the Pass while being much more thoughtful about the impact on drivers.