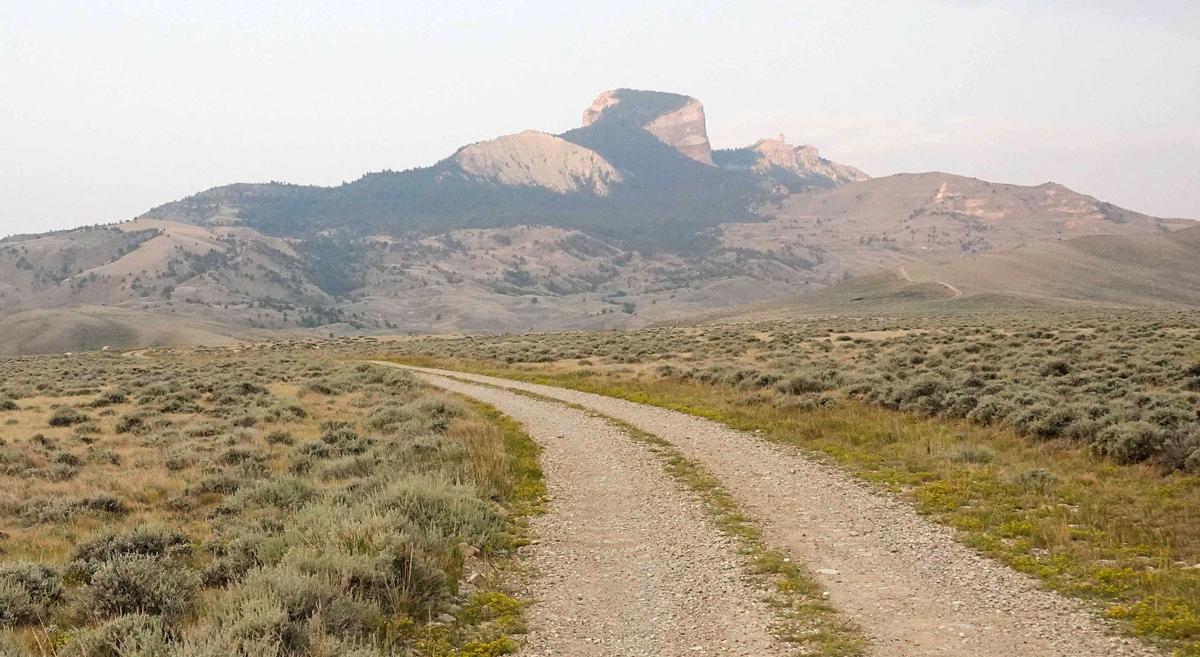 Heart Mountain served as home to the northernmost of several internment camps for people of Japanese descent in World War II. Many American citizens were removed from their jobs and neighborhoods and sequestered in tarpaper barracks surrounded by barbed wire fence.

While there is little in the sagebrush flats between Cody and Powell today (aside from agriculture and expansive views), between August 1942 and November 1945 740 acres here were home to Wyoming’s third largest “city.”

The city, which had a population of about 10,000, wasn’t a city, though, but one of 10 relocation centers where people of Japanese descent were sent by the U.S. government after Japan bombed Pearl Harbor. More than 120,000 people of Japanese descent — about two-thirds of them U.S. citizens — were forced from their homes in California, Oregon, Washington and southern Arizona and imprisoned in camps in seven western states. The Heart Mountain War Relocation Camp was the northernmost camp.

Two thousand workers constructed 650 buildings, including 467 20-foot-by-120-foot uninsulated tarpaper barracks, communal bathrooms and mess halls, among other structures, at Heart Mountain over six months in 1942. The first incarcerees arrived in August, before the barbed wire fence that eventually surrounded the camp had been finished. Armed guards stationed in nine towers watched the prisoners.

When the war ended the internment camps disappeared as quickly as they were built. The last trainload of incarcerees left Heart Mountain in November 1945 and the government soon opened the prison camp land to World War II veterans to homestead and sold off the barracks.

By the mid-1990s only four buildings from the camp remained. Residents of Powell partnered with former incarcerees to found the Heart Mountain Wyoming Foundation to preserve these and the history of the prisoners.

By 2011 the foundation had gained nonprofit status, purchased 50 acres of the former camp, gotten the site designated a National Historic Landmark by the National Park Service. It opened the Heart Mountain Interpretive Center, an 11,000-square-foot museum with exhibits telling the story of the camp from the point of view of its former prisoners.

Leaving Jackson Thursday afternoon, my plan for Friday was to visit the center, and, before it opened (10 a.m.- 5 p.m. daily until Oct. 1; 10 a.m. to 5 p.m. Wednesdays through Saturdays Oct. 2-May 14), to hike the nearby mountain it takes it name from.

Heart Mountain, sitting by itself in the Bighorn Basin, is unique: The limestone at the 8,123-foot peak’s summit is almost 300 million years older that the rock at its base. Since I’m not a geologist, and because the hiking trail has amazing interpretive signs about everything from the mountain’s geology to local wildflowers and history, I won’t get into how that is here. I will write that about 50 million years ago Heart Mountain wasn’t the solitary peak it is today, but part of the Absaroka Range, about 62 miles away.

In the late 1990s the Nature Conservancy bought the 13,000-acre Heart Mountain Ranch and today it is open to the public as the Heart Mountain Ranch Preserve. The 3.8-mile hiking trail up about 2,500 vertical feet to the eponymous peak’s summit is open to hikers through September. (Between Oct. 1 and Dec. 30, the trail is open only for prescheduled visits.) The preserve is home to one of the greatest concentrations of rare plants ever discovered on private property in Wyoming, grizzly and black bears, elk, antelope, mountain lions, bobcats, and mule deer, among other species. Because of the high level of grizzly activity on the mountain — there were five sows known to be in the area this past spring — it is recommended you hike in groups of three or more. Definitely carry bear spray.

My only complaint about the hike was that the views from the summit — of the Absarokas, Pilot Peak in the Beartooth Mountains, Clark’s Fork Canyon and the Pryor Mountains — were hidden by smoke and haze. It’s like the universe was telling me that I need to add a visit to Heart Mountain to my annual Beartooth Pass pilgrimage, especially since, by next summer, the Heart Mountain Relocation Center will have finished its multiyear restoration of one of the original barracks, which the city of Greybull had purchased after the camp closed but that the foundation returned to the site in 2015.

Mishev writes an Excursion a couple times each month during the summer. Reach her via columnists@jhnewsandguide.com.