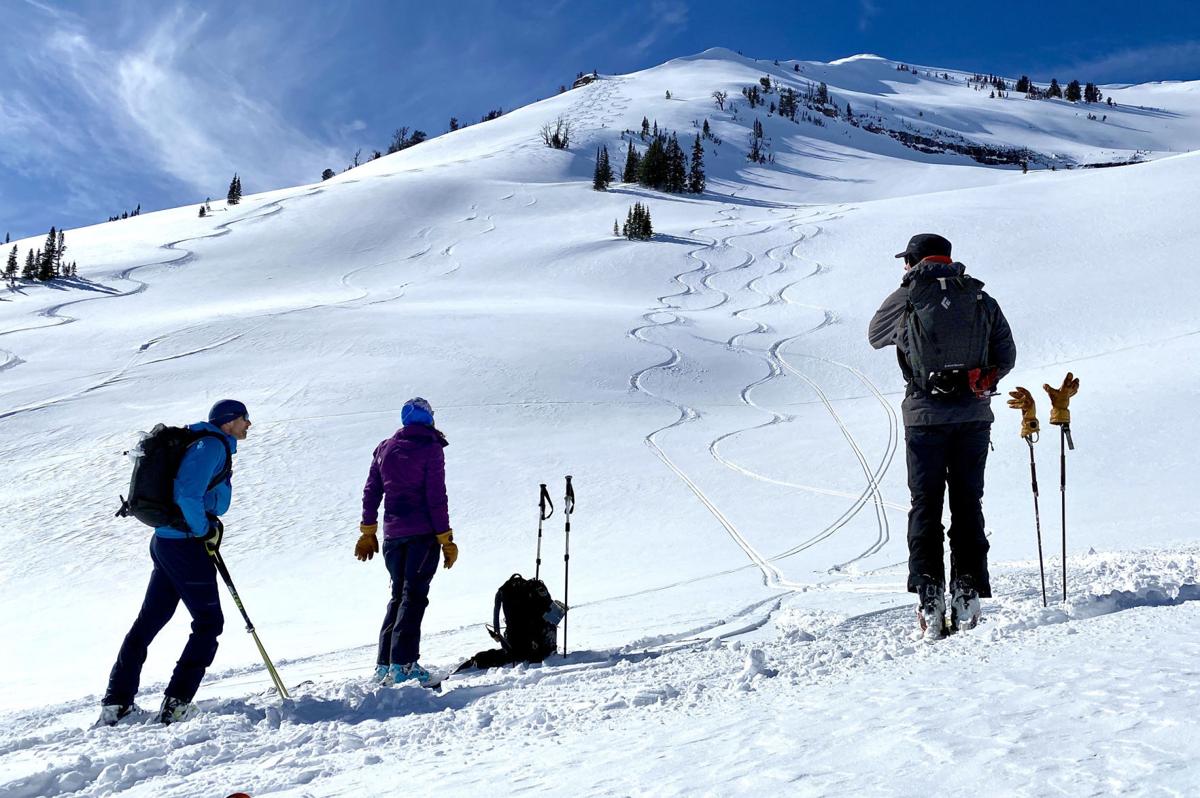 The other day I happened to catch part of a podcast put out by the Utah Avalanche Center that involved a conversation between three renowned avalanche experts — the forecasters, snow scientists, heli-ski guides, avalanche educators and all-around winter gurus Drew Hardesty, Ian McCammon and Don Sharaf — about human behavior and decision-making in the backcountry. I didn’t catch the entire episode, but one of Ian’s comments really stuck with me.

He said, and I am paraphrasing here, that despite all the years he has spent studying the science of avalanche mechanics, staring at snow crystals under a magnifying glass and examining human behavior and decision-making, in the end he thinks what keeps him safe in the mountains is simply good basic habits.

That comment reminded me of something that happened to me a few years ago. I came home after a day of skiing and pulled out my transceiver to turn it off, only to discover that I’d never turned it on. My normal habit is to switch on my transceiver and check its battery health when I get dressed in the morning, but for some reason I hadn’t that day. I also typically do a quick transceiver check with my partners when we head out of the parking lot for a ski. Again, for some reason we didn’t on this particular day. I skipped two critical steps in my usual routine, and, sure enough, something fell through the cracks. Needless to say, nothing happened to me, but it was a good wake-up call. I was lucky and got off easy.

Last year two late-season avalanche fatalities in our region involved highly experienced backcountry travelers whose transceivers were off when they were found beneath the snow. Who knows what happened? There has been some concern about a transceiver model from a year or two back that had a tendency to switch off by itself while stored in a pocket, so perhaps that occurred to one or both of these men. But it’s more likely that, like me, they simply skipped a step in their morning routine, and, unlike me, they suffered the ultimate consequence for their mistake. Their story, unfortunately, reinforces Ian’s comment about habits. When we let down our guard, when we skip a step, we become vulnerable.

Anyone who has ever peeked into the cabin of a commercial plane or ridden in a small one has seen the pilots go through a checklist as they prepare for takeoff. Checklists are used in a number of fields to ensure that people go through each and every step required for the successful completion of whatever job is at hand, whether it’s flying an airplane or performing brain surgery. The lists are often mundane in their specificity (flip X switch up, check dial Y, etc.) but are crucial for accuracy, and they have been found to greatly increase safety by reducing the likelihood of human error exponentially. The American Avalanche Institute started playing around with a similar checklist for decision-making in the backcountry a few years back. I haven’t seen the latest iteration of that list, but the idea is a good one. Whether you literally check boxes on a piece of paper or simply have a routine you follow methodically when you head out to ski, having a set of habits that you rely on can keep you out of trouble when the proverbial s--- hits the fan.

Due to a classic pandemic injury — long story, but a bike crash off a trainer breaks bones as easily as one on the road — and some East Coast travel, my ski season is just starting now, and, as expected at the beginning of any season, I am rusty. My pack is empty, my transceiver batteries have not been installed, and I have mud caked on my boots from the sloppy spring skiing I did in May.

It’s been months since I considered a slope angle or poked around in the snow. I’m not in the best shape, and yet I’m still eager for some light, fluffy untracked powder. I think I’m at a point where I’m most susceptible to making a mistake: My habits aren’t as well ingrained as they are later in the season and I’m jonesing for some turns. That eagerness can easily catch me off guard, if I don’t slow down and run through my personal list of good habits.

For me the habits I rely on are fairly simply and, I suspect, pretty universal. I need to be sure that my gear is in good working order and that I still know how to use it. I need to take some time practicing rescue to ensure I haven’t forgotten how to do a search, probe efficiently and dig effectively. I need to check to make sure that my partners are transmitting before we leave the parking lot and that we are all carrying the equipment we need to stay safe if we run into trouble, which includes some first aid, food, water, extra layers, a basic repair kit and maybe an emergency blanket and fire starter.

Once I am out in the field the big thing I need to do is keep tabs on my enthusiasm, which has a tendency to blind me to hidden warnings. So I have to remember to be observant, to talk to my partners about what we are seeing, to identify warning signs and avalanche slopes. And when it comes time to decide what to ski, I need to remember to be methodical about questioning myself and making sure everyone is in agreement about what is happening around us and what we want to do. It’s easy to fall into patterns where you allow one person to make all the decisions because he or she is more experienced or perhaps just more forceful, than you are. Too often I tend to take the backseat when determining what is safe to ski. But I am aware of this and can, with effort, overcome it by asking questions, chiming in and making sure I am in agreement regardless of how cold, tired or keen I am to drop in and feel the snow in my face.

Finally, it’s important to follow specific habits for skiing a slope. The best routine is to have only one skier on the slope at any time, with all other members stationed in a safe spot where they can watch. If you decide to have more than one person on the slope, talk about it with your group and have a good reason for doing so, such as the slope is only 15 degrees and, therefore, not a slide path.

Make sure your safe spots are really safe spots, not just a tree that looks kind of big. And make sure you leapfrog downhill so you don’t get so far from your partner that you cannot help if something goes wrong.

Finally, in today’s crowded backcountry, we also have to be aware of other parties. Don’t ski down on someone else. If you see someone doing something stupid that jeopardizes the safety of others, politely call them on it. Be smart.

I’ve been reading the Bridger-Teton Avalanche forecast for the past month from Vermont, watching as the snow piled up but also reading about the persistent weak layer that is causing concern. It’s a tricky year to be out in the backcountry, especially if, as we fear, COVID-19 continues to bring increased crowds. So I’m going to think about what Ian said about good habits and make sure I don’t cut corners in my desire to have fun.