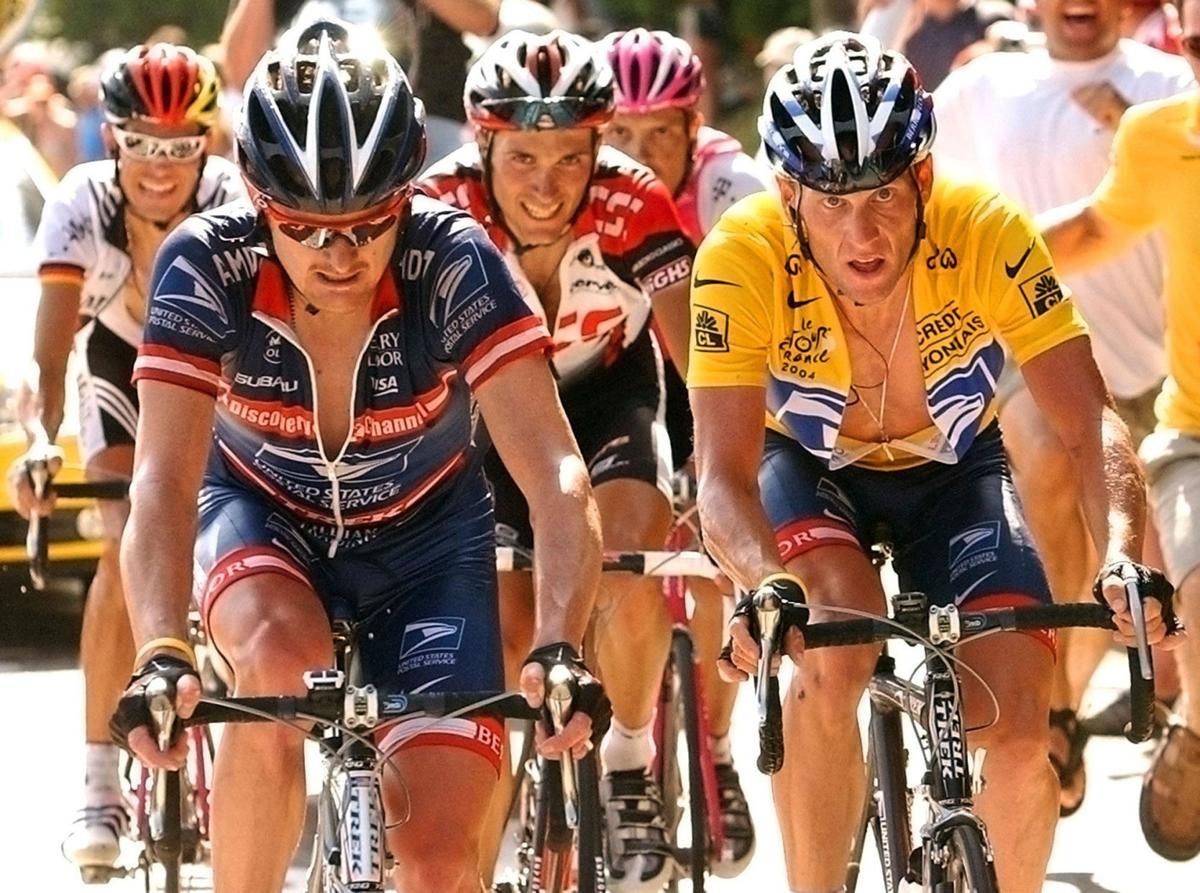 Lance Armstrong, right, reached a $5 million settlement with the federal government in a whistleblower lawsuit that could have sought $100 million in damages from the cyclist who was stripped of his record seven Tour de France victories after admitting he used performance-enhancing drugs throughout much of his career.

In 2015, Canadian Julie Miller won the women’s 40-44 age group in Ironman Canada, earning herself a spot at the Ironman World Championships in Kona, Hawaii. But, it turned out, she didn’t really win.

Miller has never conceded that she did anything wrong, but she was stripped of her title, and several others, after other racers raised questions about her performance. An investigation followed that uncovered a number of inconsistencies in Miller’s story, including her failure to show up in course photographs, the inexplicable loss of her timing chip and the fact that her fellow competitors had no memory of her passing them. Those facts toppled Miller, and to this day she is banned from all Ironman competitions.

Miller isn’t the first athlete to cheat, but what baffles me about her — and some other infamous cheaters, like Rosie Ruiz, who jumped onto the course just a few miles from the finish to win (temporarily) the 1980 Boston Marathon, and Kip Lutton, who made up all sorts of stories about himself and his running prowess, including an entire marathon in Wyoming — is the question of why. Why would these athletes lie and cheat? What allows them to justify their behavior to themselves? What did they hope to gain by their actions?

Marathoners and triathletes really achieve fame only within a small circle of insiders or in the relatively rare moments when their events garner worldwide attention, such as during the Olympics. Most of the time such athletes strive in relative anonymity. There’s very little money to be made in these sports, and most of athletes who pursue them are driven by personal goals rather than hopes of financial gain and stardom.

It’s not like Lance Armstrong, Barry Bonds or other renowned dopers who actually received huge monetary windfalls and fame as a result of their cheating.

Furthermore, regardless of how repugnant the use of performance-enhancing drugs may be, at least athletes who dope actually participate in their sports. They use drugs so they can go faster, jump higher, hit harder. Cheaters like Miller don’t even complete their races. They find ways to cut the route so they can turn in winning times, and for what? How can you feel proud of victory when you didn’t even run the race? How can you accuse others of lying about your performance when you know they are right?

We are all taught from a very young age that lying and cheating is wrong, and yet I would guess that all of us experimented with the practice at some point. I know in third grade I got in trouble at school. My punishment was to write something like, “Molly was a bad girl,” 100 times and then give the paper to my mother to sign. I opted to fold the paper into a tiny square so my sentences were hidden, and asked my mother to sign the square because I wanted to see what her signature looked like. She did so without question because she trusted me and did not suspect that I would attempt to deceive her. I felt so guilty about my trick that I told her what I’d done. I don’t remember what she said. I just remember how the whole thing weighed heavily on my conscience.

I can’t say I’ve never told a lie since that day. I’m sure there were times I hedged on the specifics of an event to stay out of trouble or avoid hurt feelings. But I’m a terrible liar, and I’ve never cheated. I feel too guilty. Something about the way I was brought up ingrained that sense of honor deeply inside me, so I am baffled by people like Miller’s ability to stand by a made-up story when all the evidence shows they are lying. It makes no sense to me. Maybe they have totally convinced themselves that they are being falsely accused by jealous rivals. Maybe they believe that for some reason they deserve to win even if they didn’t. I’m not sure what it is, but something allows cheaters like Miller to justify their actions to themselves.

Social scientists say all human behavior is driven by a desire to do good. We may not agree with an individual’s personal definition of good, but deep down inside even murderers have rationalized their actions and found some reason to explain, at least to themselves, why they made sense at the time.

So, I assume, behind every lie is a belief that some good will result. On the white-lie scale, that goodness is usually pretty easy to discern. You tell your teacher the dog ate your homework in the hope you won’t be penalized for failing to turn it in on time. But on a grander scale, how have we come to the place where as a society, a certain percentage of us seem to believe it’s OK to lie to get what we want?

The violence at the Capital on Jan. 6 is what got me thinking about losing, cheating and lying. You can argue that the rank and file protesters in the District of Columbia weren’t lying, that they truly believed the things they had been told by their leaders and the media outlets from which they obtain their information.

But people like President Trump, and Sens. Ted Cruz and Josh Hawley? These are smart men. They know they are lying to the American people. How can they justify their behavior when they know better? What is it that allows them to look in the mirror without revulsion as they blatantly try to obliterate facts to achieve their desired narrative? It may not be sport, but they are still trying to cheat to win.

I think it comes down to the fact that we as a society place so much value on success, power and winning, that some people are willing to do whatever it takes to get there. Sports is actually a perfect example of this.

Modern athletes are the equivalent of ancient war heroes. We admire them. We look up to them. We want to be them. We all know who Simone Biles is even if we haven’t the slightest idea about gymnastics. I’ve never watched a car race in my life, but I’ve heard of Dale Earnhardt.

Elite athletes feel this adoration. It drives them. It also makes them rich. Most athletes get to this pinnacle through hard work and maybe some luck. But sometimes, people cheat to achieve the power and glory they lust after. Some people, a few athletes included, have such an inflated sense of themselves and their accomplishments, they have convinced themselves that they are above the rules. That they deserve to win regardless of how they achieve victory simply because of who they are.

According to that font of wisdom, Wikipedia, narcissism is a personality disorder that includes an inflated sense of self-importance and entitlement, a feeling of superiority and arrogance, a tendency to overestimate one’s abilities, and an excessive need for admiration and affirmation. Narcissists’ beliefs tend to be contrary to reality or are greatly exaggerated, and they believe they are unique, special people. Narcissism, it seems to me, would allow someone to justify lying or cheating simply because the individual believes he or she is inherently worthy of the proverbial pot of gold such lying or cheating will bring them, be it an Ironman championship or an overturned election.

I have been deeply disturbed by the blatant lying going on in our country right now. It frightens me. My hope is that the recent fall of some of the world’s most flagrant liars and cheaters will bring us back to some semblance of normalcy where once again our society will be driven by truth. Where once again the athletes and leaders we look up to deserve our recognition because they have earned, rather than cheated their way to power and success.

But I am fearful. This column will be printed on the day of President-elect Biden’s inauguration. I hope when you read it we will have passed through that event without violence, and that a man of integrity will once again be our leader.