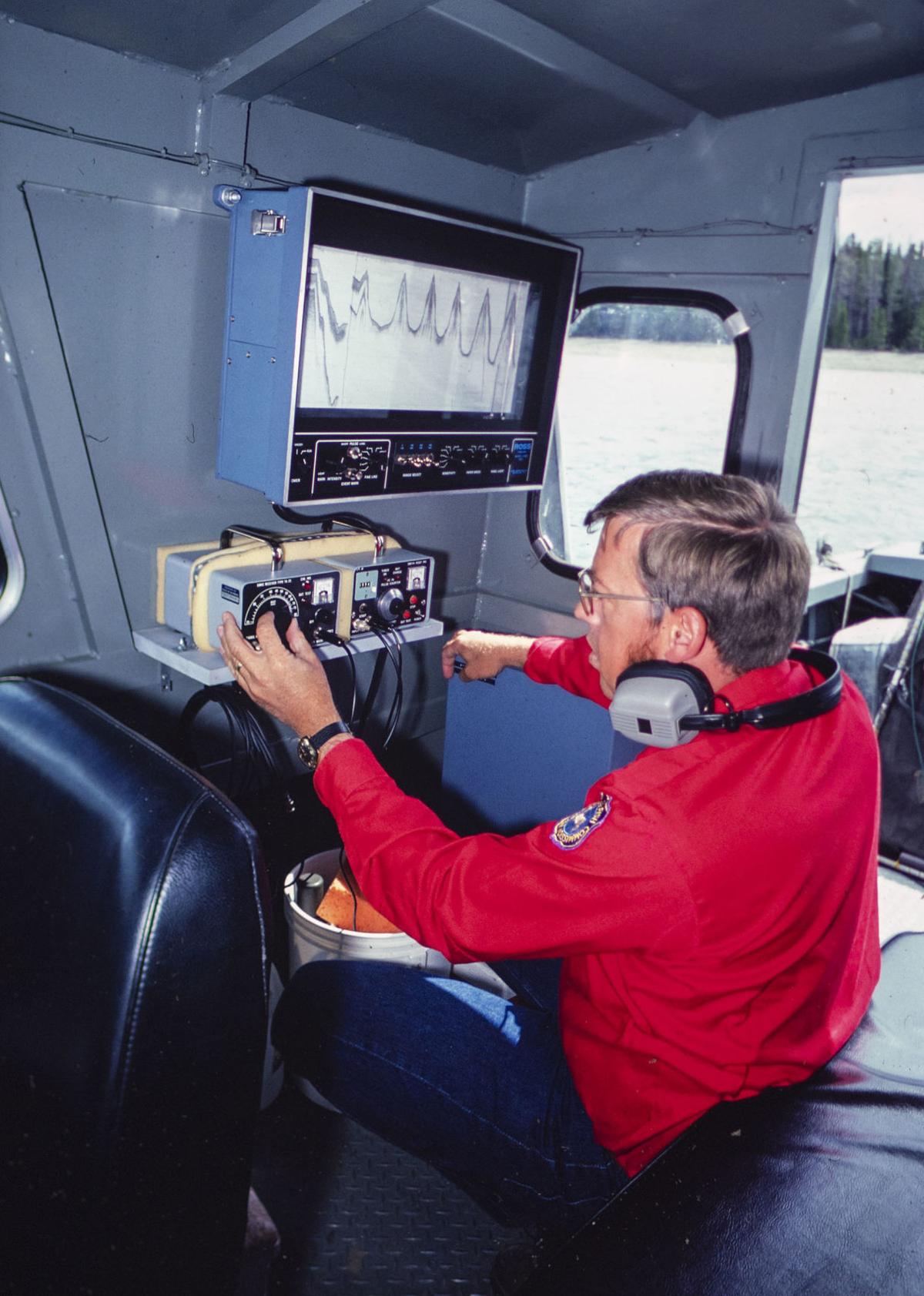 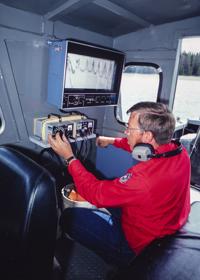 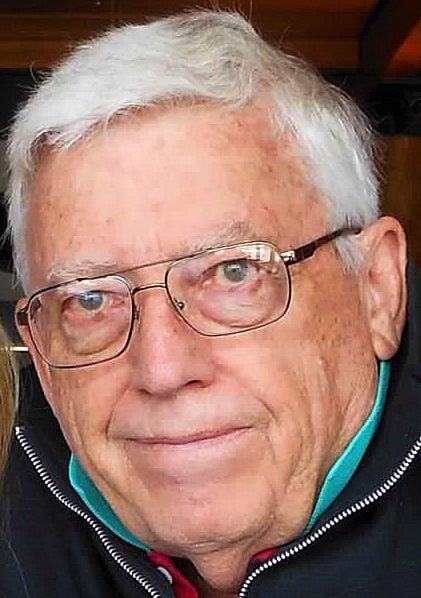 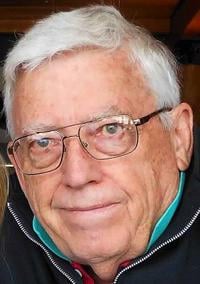 All of us have a favorite teacher, professor or mentor who meaningfully advances our education. John W. Kiefling, 82, retired Game and Fish fisheries supervisor who passed in January, enriched my trout knowledge far beyond anything I ever achieved alone or by studying “McClane’s Fishing Encyclopedia.”

Knowing John and benefiting from his generous teachings were equally fun because of his guarded sense of humor ... whenever he’d let it show.

Max D. Rollefson, Jon Erickson, John Kiefling and soon-to-retire Rob Gipson. All provided helpful, trusting column support, a breakthrough from an agency initially more than a little resistant to dealing with the Jackson press. It only took a few years for us to adjust to each other.

I also learned to understand John’s distinctive personality. He was extremely private, telling me when I asked what he’d like to do most if he left G&F: “I’d build a house right in the middle of 100 acres and completely surround it with a tall fence.”

So you can imagine how surprised I was at various times when I found on my doorstep detailed calculus computations for assessing trout per river mile, a detailed history of U.S. Army Sgt. Shrieve’s horse-drawn wagon delivering Great Lakes Mackinaw Hatchery brown and lake trout for an 1890 stocking in Yellowstone’s trout-less Shoshone Lake and ads for his favorite Shadling and AC Shiner smallmouth bass lures.

Somehow I must have intrigued John because of my intensity to see established state trout limit numbers reduced due to the growing fishing pressure and in-stream habitat loss I felt coming. John and his supervisor boss, Big Jon (Erickson), were exemplary University of Wyoming biology department graduate examples, meaning they were neither excited about any special regulations (lure and fly-fishing only, slot limits) nor smaller bag limits.

The rapid emergence of newer, more vocal “catch-and-release fly-fishermen” clashed with established bait anglers and trout-filling-ice-chest attitudes, both in regulation-setting meetings and on the river. Poring over all the trend information the department gathered (angler creel censuses, spawning cutthroat redd counts and river electro-fishing reports) alerted me to focus column explanations on the state of both the specific water level testing year and the health of the Snake River cutthroat fishery.

After complainers began to report “the Snake ain’t fishing like it used to,” Erickson and Kiefling did more than study numbers and net fish. Unlike most state fishery outfits’ first impulse when faced with a river population downturn — call in the hatchery trucks — they embarked on repairing and improving Jackson Hole’s famed cutthroat fishery where it mattered most.

“A cow will walk out of its way up or downstream 100 yards to crunch across fresh gravel,” Kiefling said while showing me rebuilt creek photos.

Donning waders we marched into Fish Creek. The proud parent-biologists scooped away a bit of recently planted spawning gravel that was protecting thousands of tiny newly hatched sac fry, or alevins. Deeper under the gravel were several buried refrigerators, refurbished with eyed egg-holding trays. “We decided Wyoming should go to the industrial-size spawning device for this project,” Kiefling said. “What do you think?”

Visiting with John Kiefling through the years was an enriching historical journey. I enjoyed his telling about growing up in Sheridan and how local fishermen bragged, “Got a limit of natives this morning.” John knew these Eastern brook trout catches weren’t even close to being “natives!”

In 1961 John and Loy (Loyola) married in Sheridan. In 1962 he graduated from the University of Wyoming with a BS in wildlife management. Their early G&F assignments were primitive, like his Daniel Hatchery fish culturist job, where the only evening entertainment was Oklahoma City’s 50,000-watt clear channel KOMA radio.

Before 1972 and joining the early Jackson fisheries crew, John and Loy survived his promotion to Flaming Gorge biologist and more icy, drafty cabin quarters in Green River. John remembered the initial smallmouth bass shipment from Arkansas for stocking in the trout-only impoundment.

Fisheries biologist and Jackson native Pete Hayden, who later returned to work in Grand Teton National Park, called plays at Flaming Gorge and had a dim view of the smallmouth idea. When Kiefling asked the boss about acclimating the fingerling bass to the high altitude impoundment, Hayden replied, “I kicked those damn barrels into the water on Sunday!”

Despite the error of Wyoming trading hatchery species to Arkansas for the smallmouth starter program instead of a northern smallmouth strain, eventually smallmouth populated Flaming Gorge, to the delight of bank casters and boat anglers. And John Kiefling enjoyed going bassin’ and ensured that Jay Buchner and I were invited to several Gorge smallmouth catch-outs that relocated this species upstream to Fontanelle Reservoir.

In 1972 Kiefling achieved a master of science in zoology and physiology, and firmly established his place in modern fisheries biology with the publication of “Studies on the Ecology of the Snake River Cutthroat Trout” in 1978.

John was a firm taskmaster and demanded — sometimes a little too much I thought — from Kim and Scott. I remember seeing the utter relief on Scott’s face as he finally flopped a 2-pound cutthroat from Flat Creek on my office typewriter as the Jackson Hole Guide Kids’ Fly Fishing Contest was closing! In later years John enjoyed visiting with Wyoming head football coach Pat Dye to secure Scott a linebacker opportunity in Laramie.

Kiefling’s analysis of various spawning stocks identified a unique viability in Mary Mead’s Bar BC spring creek off the Gros Ventre. After kidney disease required killing all cutthroat and lake trout in the federal Elk Refuge hatchery, John reserved several raceways for the Bar BC strain, which were far sturdier than the more domesticated hatchery cutthroat.

The Bar BC cutthroat proliferation, first introduced to the Hoback and later the Salt before going statewide and later around the country, created the monumental fine spotted cutthroat reputation as a pugnacious adversary.

So long, John. A day of cutthroat trout and smallmouth fishing never passes without remembering your enthusiastic grin and one of your barbed quips.

Paul Bruun writes every other week on his adventures and misadventures in the great outdoors. Contact him via columnists@jhnewsandguide.com.