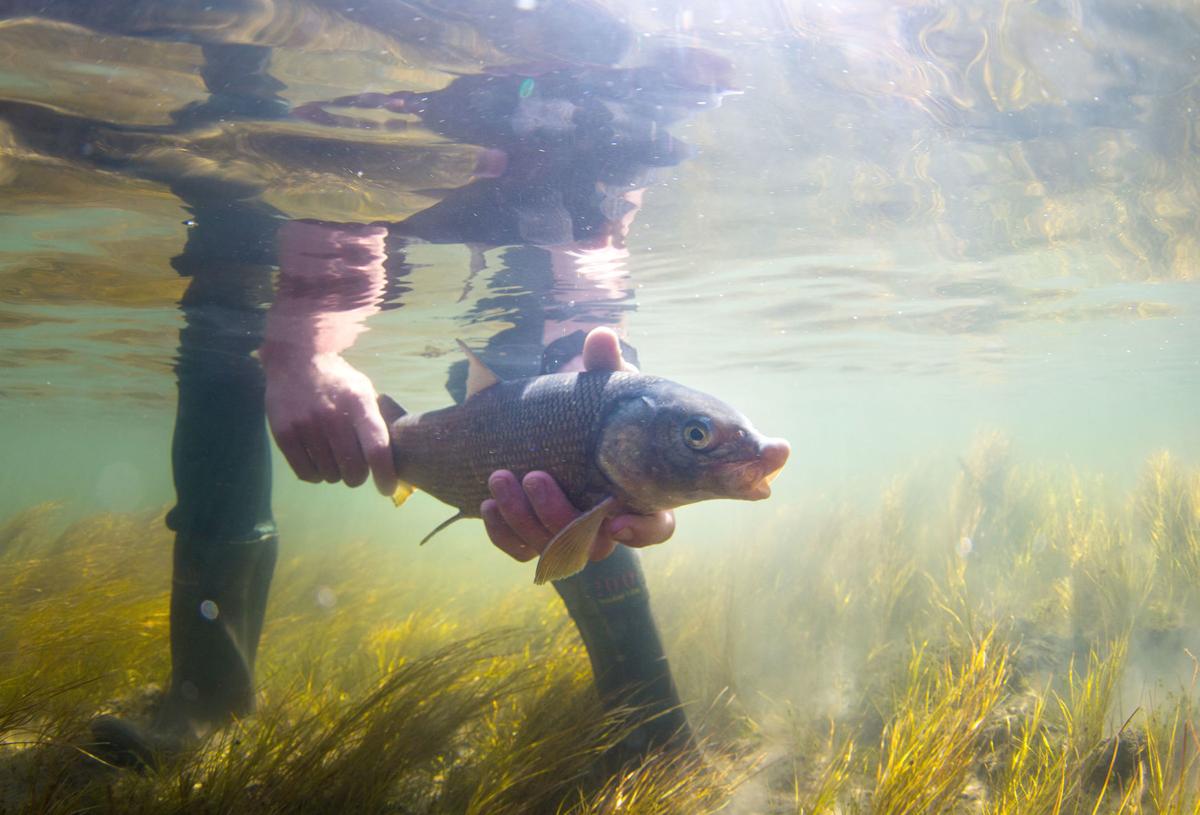 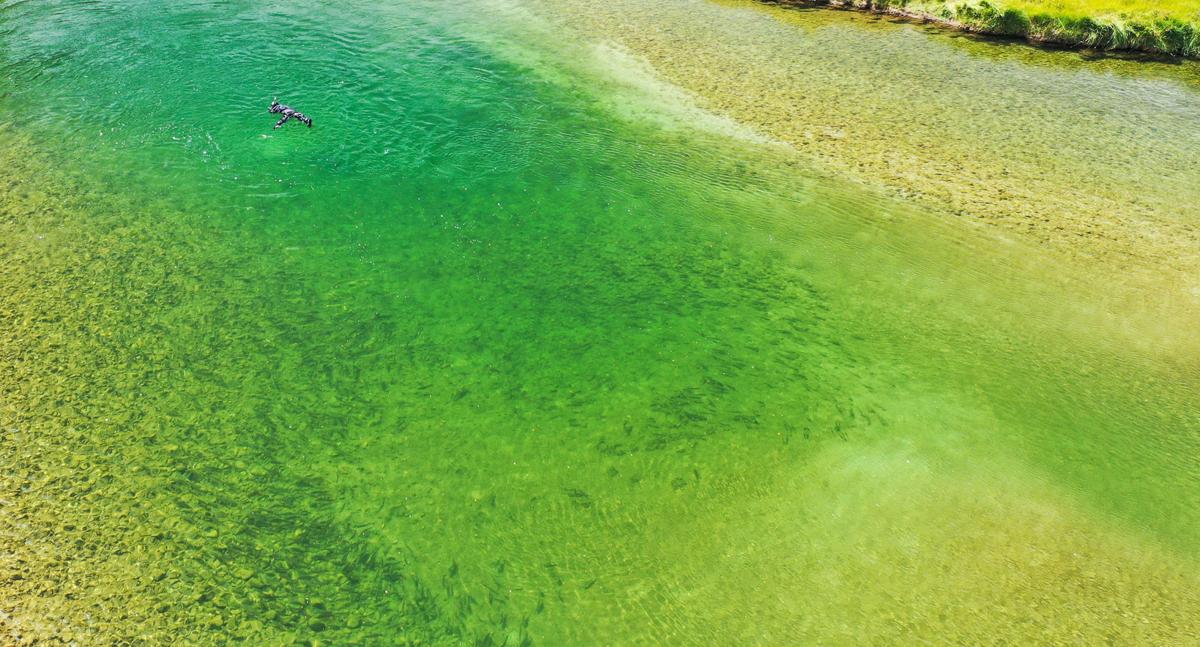 A fall Madison River afternoon prevails as one of my fondest outdoor memories. While wading a park location suggested by helpful West Entrance Yellowstone ranger Frank Beals, I cast toward a noisy downstream splash. The fly, a Bitch Creek Nymph customized by Jim Danskin in his fly shop, had barely landed when a startling strike rocked my noodly Eagle Claw 7-weight.

The surprise adversary, a giant mountain whitefish, yanked me all over Montana’s most famous trout river. That 1967 incident galvanized my eternal admiration for a too often disrespected salmonid family member.

The mountain whitefish is native to all Wyoming drainages west of the Continental Divide as well as several east of the Divide. Before a majority of western state fisheries managers legalized nearly year-round trout seasons on popular rivers, whitefish were the major winter river/stream sport-fish quarry for coldfoot anglers. In winter, whitefish are more active than trout.

Too many early anglers and outfitters erroneously considered the whitefish a nuisance stream resident that outcompeted their preferred trout for habitat and food. Fisheries studies debunked such incorrect assumptions, concluding that due to their main channel favoritism, whitefish dine on different portions of macroinvertebrate populations.

While sophisticated anglers and some fishing guides whined that whitefish occasionally interfered with their serious trout pursuit, remaining fishers not only enjoyed hooking whitefish but counted on them to rescue an otherwise challenging trout day. Bait and lure fishermen are pleased with some action, and whitefish eagerly slurp worms, sucker meat and other natural baits such as live stonefly nymphs. Winter whitefish chasers used smaller wax and meal worms. “Warm ’em up under your lip before using,” urged Jackson outfitter Leonard “Boots” Allen to the unsuspecting.

Gordon Edwards was part of Wyoming’s statewide Aquatic Fisheries Crew, which was tasked with a floatable river whitefish study that examined the Green, Clarks Fork, Wind River above Dubois, Popo Agie, Greys, Salt, Smiths Fork of the Bear, Green River Lakes and New Fork. He admits that while the 2014 Wyoming Whitefish Population Assessment/Sampling Technique report was fairly detailed, “we didn’t learn as much as we should about our whitefish.” Eventually the daily whitefish limit was dropped to six a day.

Currently Dr. Guy’s MSU graduate fisheries biology student Colter Brown is in the midst of a multiyear whitefish study on Wyoming’s Green River between the Warren Bridge (U.S. 191) and Green River Lakes. Numerous whitefish facts during these dual studies have been observed:

• Whitefish are more delicate than trout. Release survival dramatically falls off in water temperatures above 60 F. They are the canary in the river.

• Some whitefish overwinter in lakes. However, unlike many trout species, they don’t move into spring creeks and smaller tributaries to spawn.

• Whitefish are fall spawners and develop physical bumps during this time.

• Spawning whitefish devour their own species’ eggs during spawning.

• Whitefish favor deeper main river channels and in some locations may be successfully electro-fished only at night, when they move shallow to feed.

With growing indicator nymphing (millennial mining) trends on floatable Western rivers, whitefish landings will continue to increase. A quick glance at mountain whitefish records from surrounding states provides an idea of what a trophy whitefish is all about. Ironically both Montana and Idaho records — 5 pounds, 11 ounces, and 5 pounds, 9 ounces, respectively — came from reservoirs, Hauser on the Missouri and Island Park on the Henrys Fork.

Vladi Trezbunia, the 1989 world fly-fishing champion, was visiting his friend, Jeff Currier (the first U. S. medalist in international competition). Still working at Jack Dennis Outdoors, Jeff dropped Vladi off at Flat Creek in National Elk Refuge. Time got away from Jeff. Worriedly, he raced out to retrieve his friend after the day of solo angling. Jeff recalls seeing Vladi with a giant grin: “Your whitefish are just like our European grayling. I’ve had a marvelous day!”

Think like Vladi who reminds: “Get good with whitefish and trout become easy.”