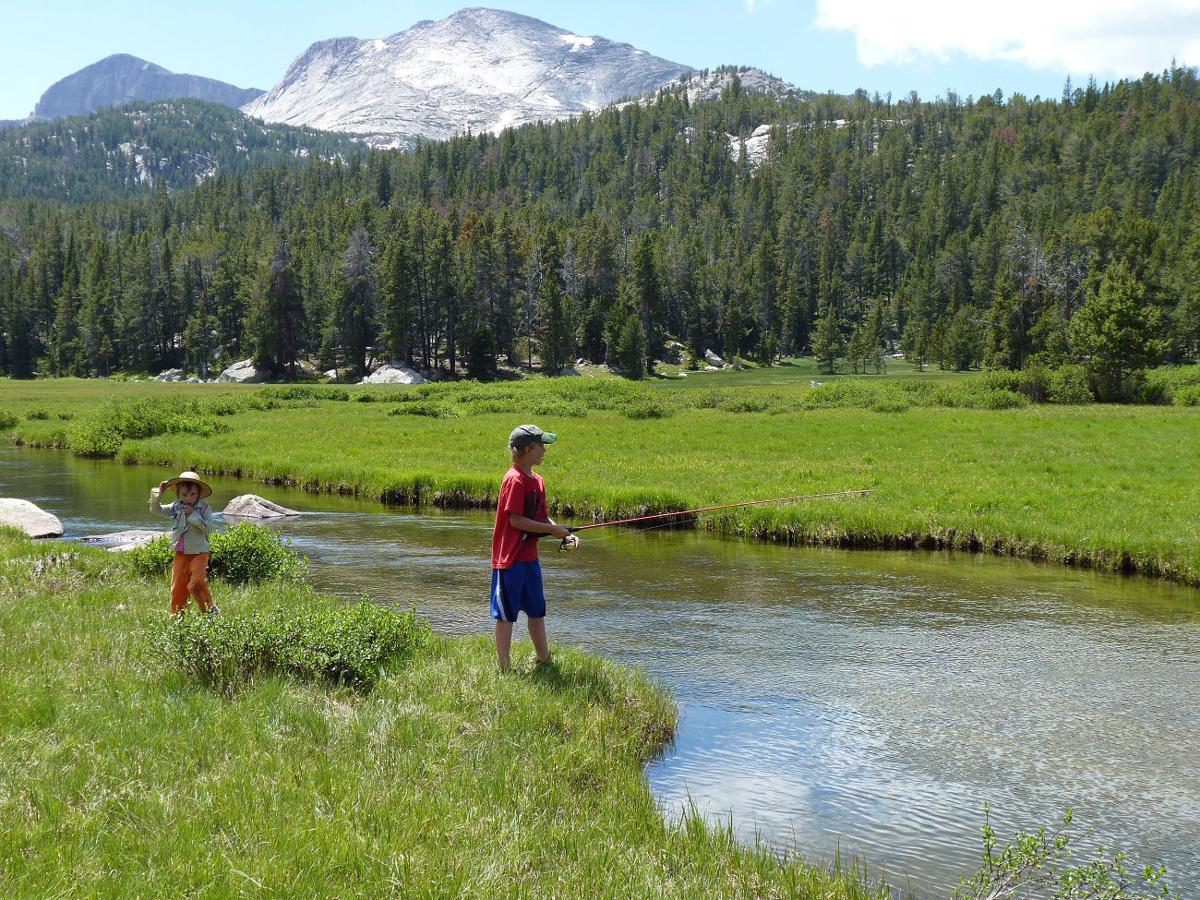 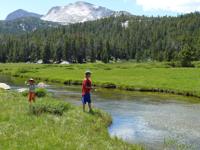 Enjoying recreation in nature plays an important part in developing an environmental ethic, regardless of your age.

As a copy editor at the News&Guide I regularly read the letters to the editor, Guest Shots and columns submitted to the paper and so am well aware of the name-calling going on between the conservation and recreation communities. I’m not alone in making note of the vitriol, and, in June, the Conservation Recreation Summit gathered at the Murie Center to start a conversation on how to overcome the growing divide between the two groups.

The summit’s seeds were sown at the Shift Festival in Jackson last fall during a roundtable discussion on land conservation, wilderness advocacy and human-powered recreation. The goal of that discussion was to develop partnerships between natural allies — namely outdoor recreationists and conservationists — for the benefit of conservation.

It’s hard to say when and why the divide between these natural allies began. Historically many of the leading conservationists in our country came from recreation backgrounds. John Muir hiked and climbed his way through America’s wildlands and was known for his adrenalin-seeking activities like climbing trees in windstorms. David Brower was an avid mountaineer. Bob Marshall’s climbing, hiking and boating excursions in the Adirondacks and Alaska’s Brooks Range instilled his deep love and sense of stewardship for wild places. The list goes on and on.

Most people develop their conservation ethic through their relationship with the outdoors, and most begin that relationship camping, hiking, boating, climbing and spending time recreating on our nation’s public lands. I know I did. Some of my first memories involve camping with my family in the West Virginia hills, but my passion probably came on a 30-day NOLS course in the Wind River Mountains when I was 14. It is not an overstatement to say that experience changed the direction of my life.

So why are we suddenly talking about a schism between recreationalists and conservationists when so many of us are both? Why are recreationalists labeled selfish, hedonistic adrenaline junkies as if recreating precludes our ability to love and care for wildlands?

The outdoor recreation industry is exploding. In 2010 it was the third-largest area of spending for Americans behind financial services and insurance and outpatient health care, according to the Outdoor Industry Association’s Outdoor Recreation Economy report. The industry grew approximately 5 percent a year between 2005 and 2011, during a recession that saw most industries contract. Overall participation in outdoor activities remained about the same as it did in 2011, but the numbers were the highest ever because of population growth, according to the 2013 Outdoor Participation Report.

The effect of these numbers on our public lands is significant, but it’s not new. I remember talking about loving our wildlands to death in the 1980s. What does seem new is that membership in conservation groups has stagnated or declined. When I was young we joined the Sierra Club. Now that seems less common. Today’s young people volunteer to build trails and clean up climbing areas, but they are less likely to join groups. Still their labor indicates they care about wildlands. They just might not show that caring in the same way their parents did.

You can argue that recreation does not necessarily instill an environmental ethic in its adherents. I concur that there are people blasting through our wildlands on their bikes or in a boat who don’t think much beyond the thrill of that activity. But I would argue that those who are truly committed to their sport cannot continue for long without recognizing their impact and accepting some responsibility for the health of the land and water where they play. And I would also argue that those of us taking our children out into the wilderness have a responsibility to instill that ethic in the next generation.

So rather than lambast recreationalists, we should recognize that they really need the same thing as conservationists: healthy, sustainable wildlands. Whether that desire is motivated by a spiritual connection to nature or the love of a recreational pursuit doesn’t really matter. Both groups want to protect our public lands. That is our starting point. That is the why. The goal of the meeting at the Murie Center was to begin a conversation about the how.

Whit Fosburgh, the executive director of the Theodore Roosevelt Conservation Partnership, said something I found illuminating at that meeting. He pointed out that the hunting and fishing communities are 100 years ahead of the recreational community in making a commitment to protecting the resources that allow them to hunt and fish. In 1937, pushed by hunters who feared the extinction of certain game species, Congress passed the Pittman-Robertson Act, which allocated an 11 percent excise tax on the sale of firearms to the states for managing wildlife and habitat. Similar legislation was passed in the 1950s (the Dingell-Johnson Act) to protect fisheries. According the U.S. Fish and Wildlife Service’s website these programs had generated $2 billion of federal aid by 2010. That number is undoubtedly much higher now, and the dollars raised have done an amazing job of restoring wildlife numbers and improving habitat, especially when coupled with revenue from conservation stamp programs and the myriad sportsmen’s groups that give money to the cause.

The recreation industry has not had the same benefit. Our groups are splintered into single-use factions, and we have not taxed ourselves in a way that contributes substantially to the upkeep of our public lands. The recreation industry is said to be worth $646 billion annually. It’s a powerful interest group, and it seems as if it should exert the same kind of influence hunters and anglers have on hunting and fishing. But we need to get our act together and work as a cohesive force for good to have real influence on land management. The meeting at the Murie Center may just be the first step in establishing that clout.

After two days of conversation, participants at the meeting came up with a draft North American Model for Recreation and Conservation, patterned after the successful North American Model of Wildlife Conservation that has guided wildlife management since 2001. The plan is to introduce the draft at the Outdoor Retailer Trade Show in August for input and then to dive into it deeply during the 2015 Shift Summit in Jackson this October. The end goal is to have a model for recreation management that unifies recreationists and conservationists behind the goal of protecting and enhancing our public lands.

We need to be responsible, ethical and educated recreationalists. It’s time to put our money, time and passion into protecting the places that bring us joy. If you want to be involved, check out Shift this October.

Molly Absolon writes about sports and adventure every week through the end of September. Contact her at columnists@jhnewsandguide.com.