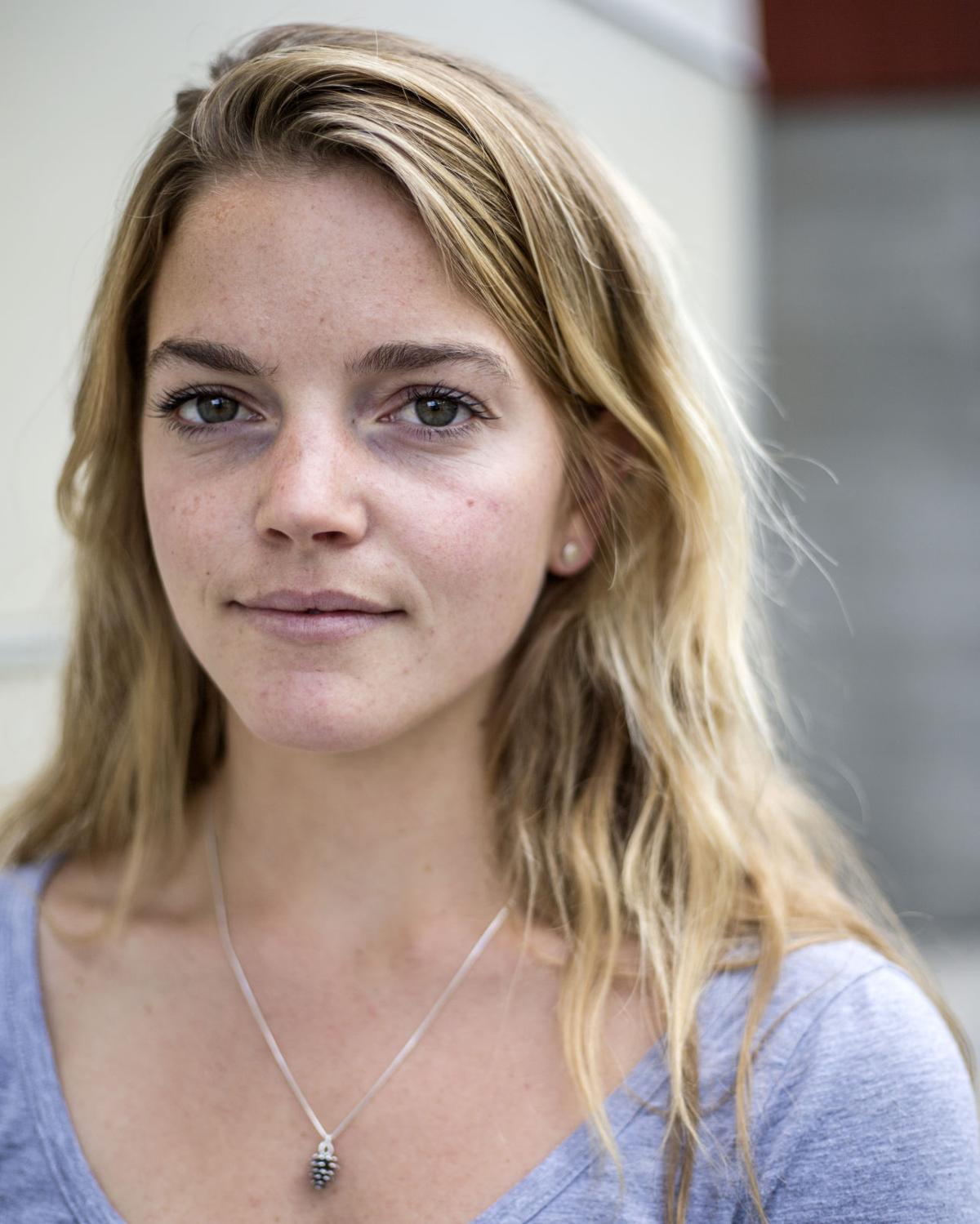 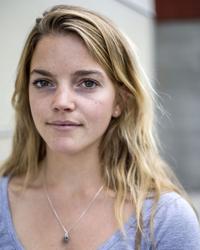 Gleason’s art offers a unique take on the Western landscape. You can see her artwork at the restaurant Trio. 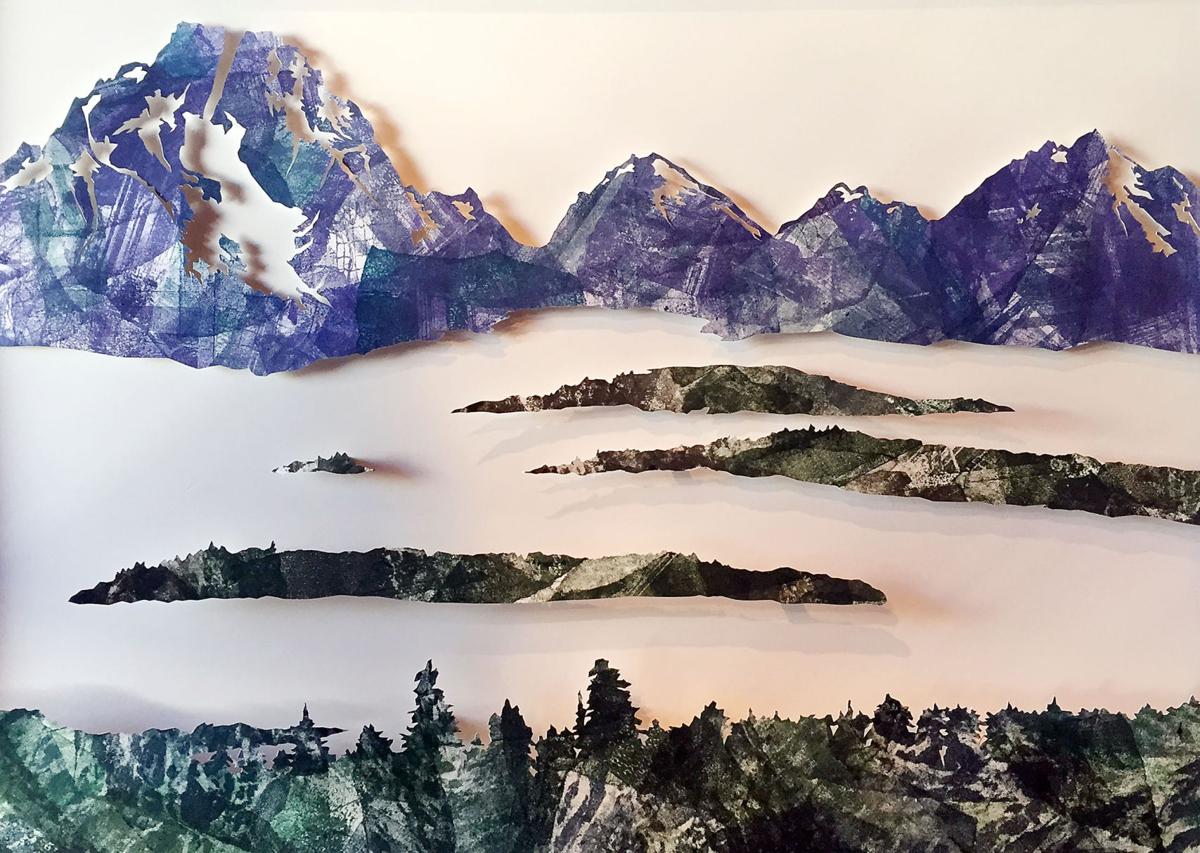 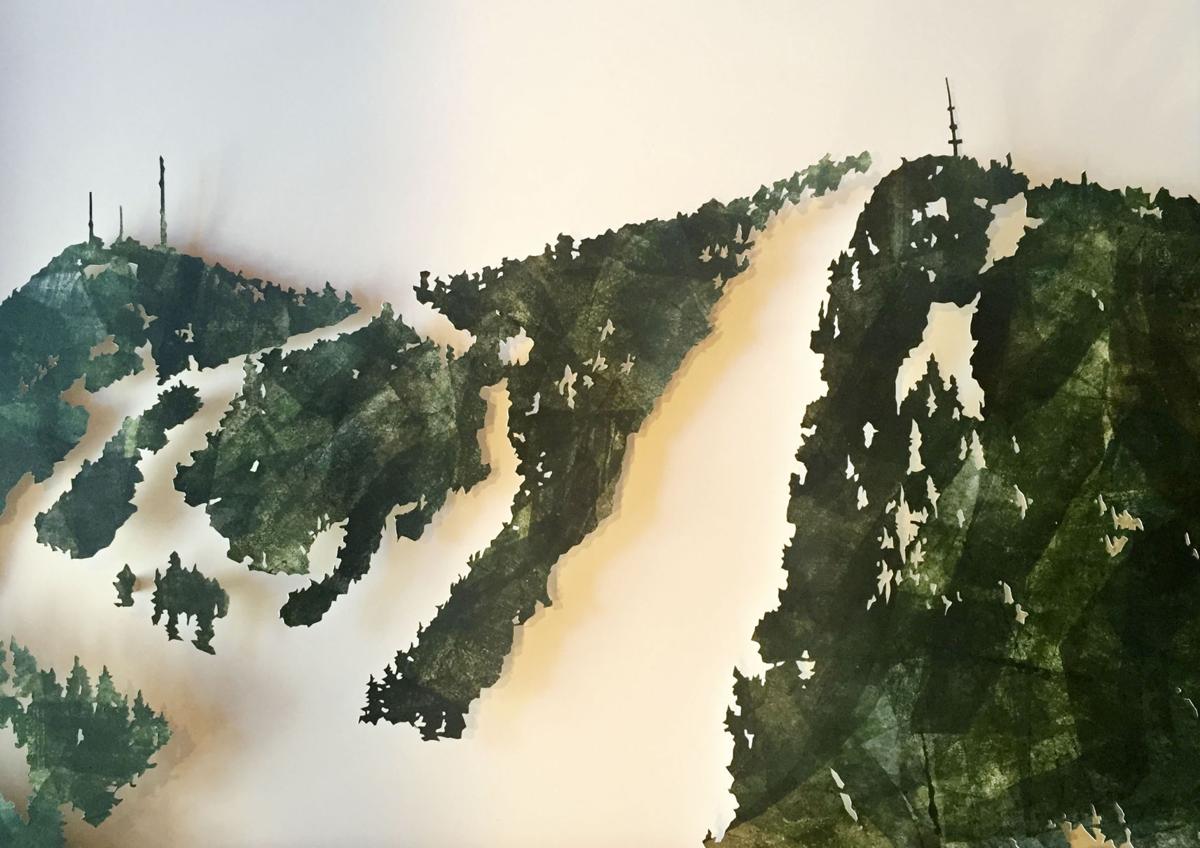 “The King” by Robin Gleason. 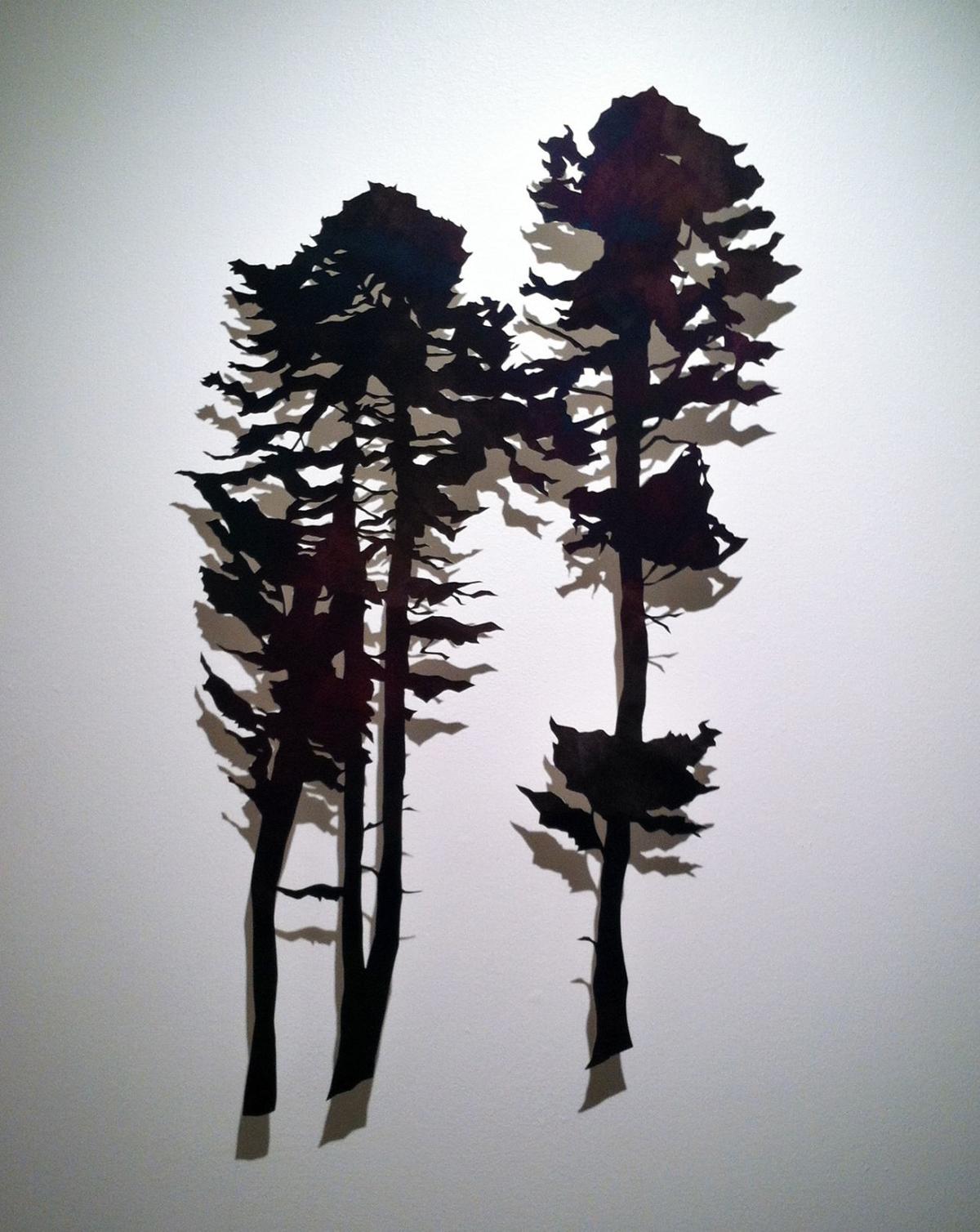 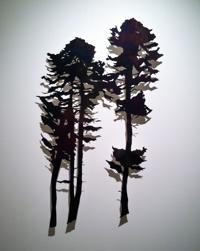 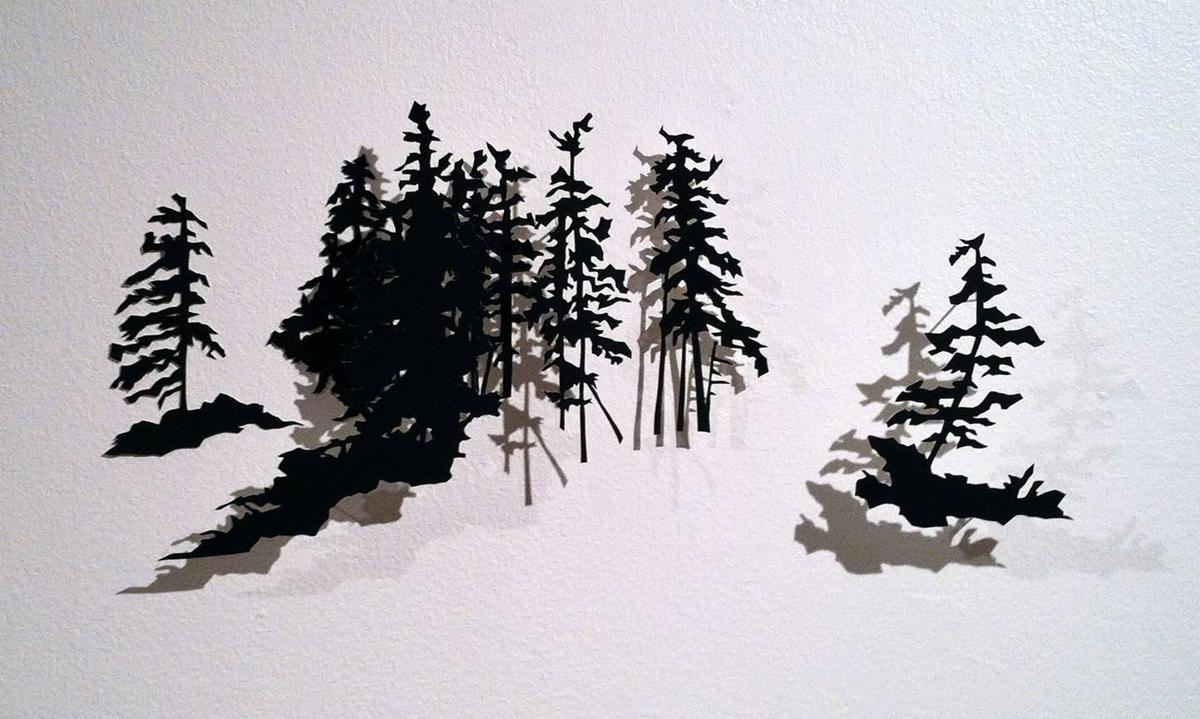 “The Marsh” is by Robin Gleason, a printmaker who uses an X-Acto knife to cut mountains, trees and more. 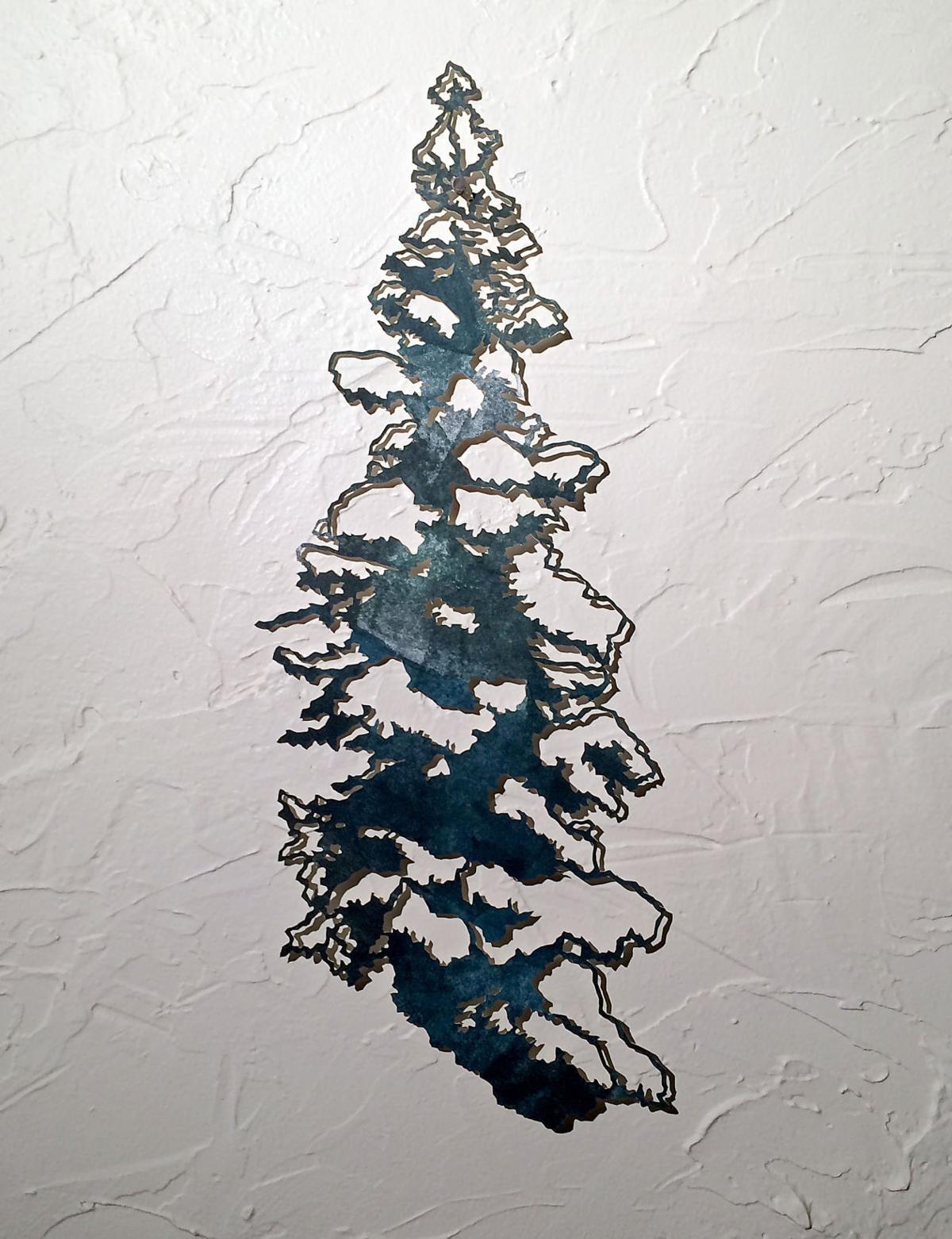 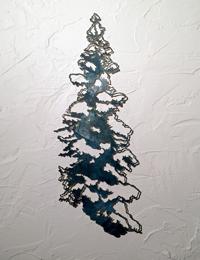 Gleason’s art offers a unique take on the Western landscape. You can see her artwork at the restaurant Trio.

“The King” by Robin Gleason.

“The Marsh” is by Robin Gleason, a printmaker who uses an X-Acto knife to cut mountains, trees and more.

If you’re skiing with Robin Gleason, chances are you’ll lose her before you reach the bottom, and it’s not because she’s slow.

Gleason, a printmaker who uses an X-Acto knife to cut jagged, snow-capped mountains, trees and more, is probably whipping out her phone to capture a snowy tree for inspiration.

“I lost my friends all the time on the mountain last year,” Gleason said. “I was snapping pictures, probably of a snowy tree bough. I’d take 100 pictures from all angles.”

Originally from Maine, Gleason is constantly inspired by iconic landscapes like the Tetons and the rugged coast of her home state.

“There’s something about the coast that really pulls me back,” she said, describing it as “mysterious” and “beautiful.” “But I’m not ready to leave Jackson just yet.”

An avid skier and mountain biker, Gleason moved to Jackson for the same reason that many do: the great outdoors. And she gets after it. She broke her collarbone this spring.

Gleason declared an art major while studying at Colorado College, but even just a few years ago, she said, she hadn’t found herself as an artist yet.

Then she began cutting things.

“I realized that this is me, this is what I should be doing,” Gleason said, her eyes lighting up.

Her thesis work includes etching and Xerox lithography, some with hand painted and drawn details, all hand cut.

Art runs in Gleason’s family and is one of her sources of inspiration. Her mother, Katrina Vandusen, is a printmaker who still lives in Maine and focuses on illustrations and linoleum prints.

Gleason said she began her time in Jackson trying to work on a big, grand scale, which makes sense given the vastness of the landscape.

One of her pieces is a full spread of the Teton Range. She told the News&Guide that printing the material took around five or six hours, while the cutting took another six to eight.

But her current phase is much different.

When Gleason gets into a project, she really gets into it.

“When I get into a piece I become addicted,” she said. “I become immersed, and I could do it forever. I’ll probably have carpal tunnel soon.”

You can see Gleason’s work hanging in Trio, where she’s also a bartender, or on her website, RobinGleason.com. Besides Trio you also can find Gleason at the Art Association of Jackson Hole, where she has taught high school printmaking classes and assisted with summer art camps for preschoolers.

When Gleason says she’s a printmaker, a lot of people assume she can make many editions of the same work. Not so.

“It’s very one of a kind, very individual,” she said. “I couldn’t make another one of anything if I tried.”

“It’s fun to work with someone else’s image,” she said. “Your merging your own interpretation with what is in their head.”

Expect Gleason to continue to flourish.

“I’ll always have doubts, but I just love doing this,” she said. “I’ll always be cutting things out of paper.”

Gleason is considering going back to school for her Master of Fine Arts. In the meantime she’ll be continuing to cultivate her own style as an artist and hoping to get shown.

Artist Unveiled is a series of articles highlighting some of the lesser-known artists in Jackson Hole. Contact Kylie Mohr at 732-7079 or schools@jhnewsandguide.com.