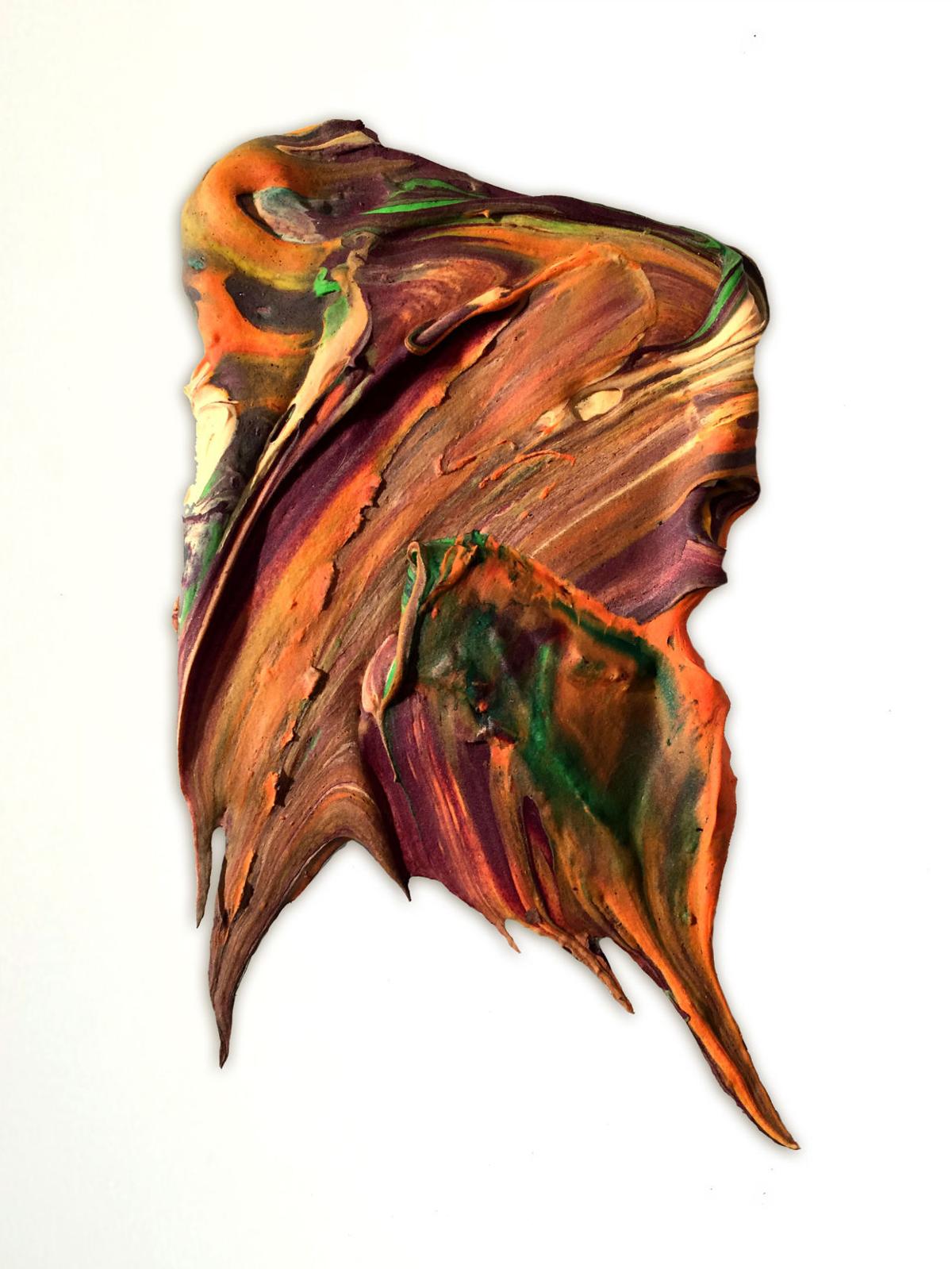 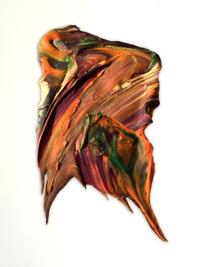 Donald Martiny is Diehl Gallery’s newest artist. His work is voluminous, rich and luscious and makes its debut on Thursday at the gallery’s opening of “Great & Small: A Holiday Miniature Show.” 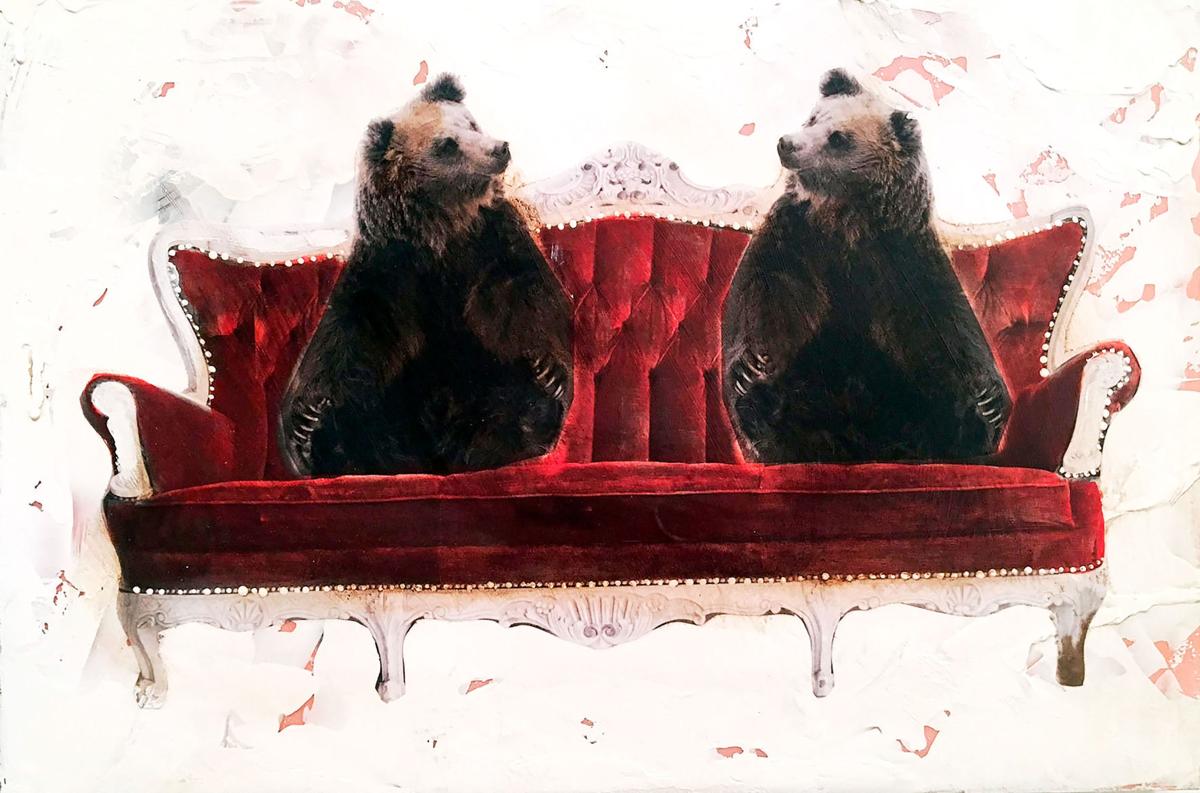 Kollabs normally works on a larger scale, but created smaller mixed-media pieces for “Great & Small: A Holiday Miniature Show” at Diehl Gallery. Gallery owner Mariam Diehl said that most of the duo’s pieces have sold before they even arrived at the gallery. “They’re like tiny gems,” Diehl said of the Kollabs works.

Donald Martiny is Diehl Gallery’s newest artist. His work is voluminous, rich and luscious and makes its debut on Thursday at the gallery’s opening of “Great & Small: A Holiday Miniature Show.”

Kollabs normally works on a larger scale, but created smaller mixed-media pieces for “Great & Small: A Holiday Miniature Show” at Diehl Gallery. Gallery owner Mariam Diehl said that most of the duo’s pieces have sold before they even arrived at the gallery. “They’re like tiny gems,” Diehl said of the Kollabs works.

It’s cold outside but the art and atmosphere inside of Diehl Gallery will be heating up Thursday night.

Diehl Gallery will present a slew of new works from its represented artists from 5 to 8 p.m. during the annual Holiday Art Walk promoted by the Jackson Hole Gallery Association.

The theme of “Great & Small” is miniatures, gallery owner Mariam Diehl said. The term has been applied loosely a few times at the gallery, but it’s a group of small works. The smaller works created by the gallery’s artists are perfect for the holiday season, Diehl said, and make great gifts.

“There’s also something festive about putting a lot of smaller works into a gallery space that is often more spare and cleanly hung,” Diehl said.

The name of the show seemed like the perfect storm of mixed metaphors, Diehl said. The artwork in the show is great and small, but that didn’t keep Diehl from presenting a few new pieces that don’t quite fit the mold.

“We couldn’t resist hanging a few newer works that don’t quite qualify as miniatures but were so great that we couldn’t leave them out,” Diehl said.

The gallery presents group exhibitions several times a year. The summer season opening, called Fete, is a group exhibition, and the holiday show is usually, but not always, a group show.

Diehl is excited for new works by Kollabs. The duo of artists primarily works on a larger scale but has sent several small and miniature pieces for the show. Diehl isn’t the only one excited for their sized-down mixed media creations — her customers are, too.

“We’ve been asking them to send us tiny works and they’ve been selling out before they get here,” Diehl said. “They’re like tiny gems.”

The gallery is expecting 20 new small works from Canadian painter Peter Hoffer, who is on sabbatical in Berlin. Early this week, the works were stuck in customs, but Diehl hoped to get the art before the show’s opening.

The show is hung salon-style, which is unusual for the gallery but fun for the viewer. People can meander through the gallery with a glass of wine or hot chocolate and see the groupings of each artist’s work.

Artists have their own space and their work is arranged in their own way — some are mosaics, others in a straight line and there’s one particular collection of framed bunnies.

The holiday show also serves as the debut of the gallery’s newest represented artist, Donald Martiny.

Diehl saw his work at the Armory Show in New York last spring and was completely blown away. It’s rich, luscious and tactile, she said. So far he has done a few commissioned pieces for clients of the gallery, but he hasn’t had any work in the gallery til now. He will have a solo exhibition next summer.

His pieces are a combination of a polymer and pigment, usually mounted on aluminum. The colors are rich and voluminous, and the works are reminiscent of enlarged daubs of paint. The edges are sharp and fragile, and it will be hard to keep yourself from wanting to touch them.

“I’ve been describing them,” Diehl said, “but photos don’t do them justice. They’re so thick and rich it’s hard to grasp without seeing them in person.”

Maddy German will play and sing holiday jazz at the reception, and Cafe Genevieve will provide appetizers.

The show will hang in the gallery until Jan. 16.

Diehl Gallery is bringing back Apres Ski and Art nights this winter. It began as a Friday night event, but now in its 10th year has evolved into a nightly Thursday through Saturday tradition.

From 5 to 8 p.m. until April 1, visitors and locals can stop by the gallery to view the art and sip wine or hot chocolate. Ski attire is welcomed.

“It’s a fun, free way to spend an hour,” Diehl said. “The more downtown businesses who stay open late and encourage evening visitors, the better for all of us.”

There are not a ton of options after dark in Jackson, besides heading to a restaurant or bar.

“Not everyone wants to sit at a bar all night,” Diehl said. “Personally, I do, but others, they like a bit of art.”