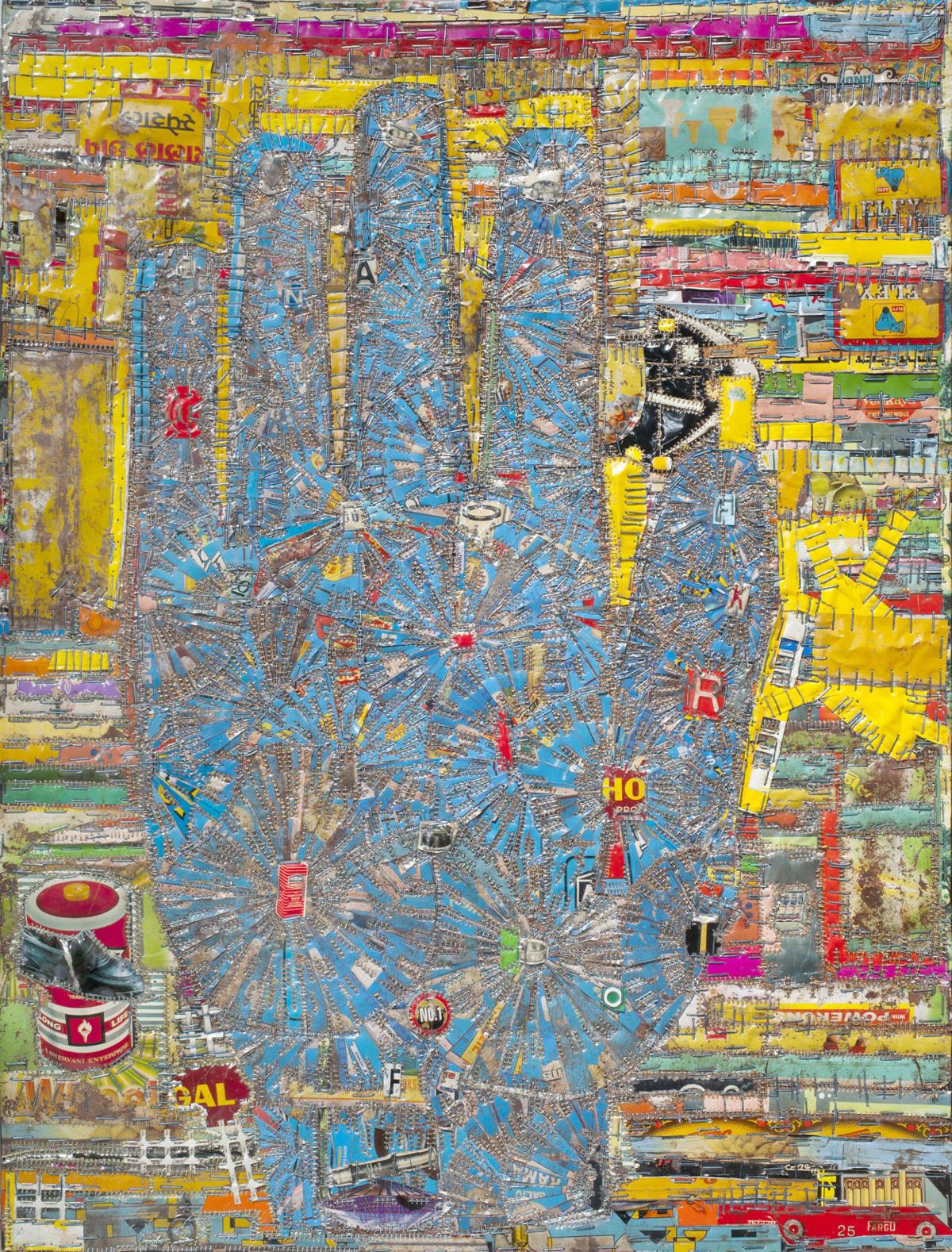 In addition to an artist reception at Tayloe Piggott Gallery Saturday evening, there will also be a screening of the new documentary about Lance Letscher at Pink Garter Theatre. This piece, "Thrilling To Hold" is one of the new pieces showing at the gallery. 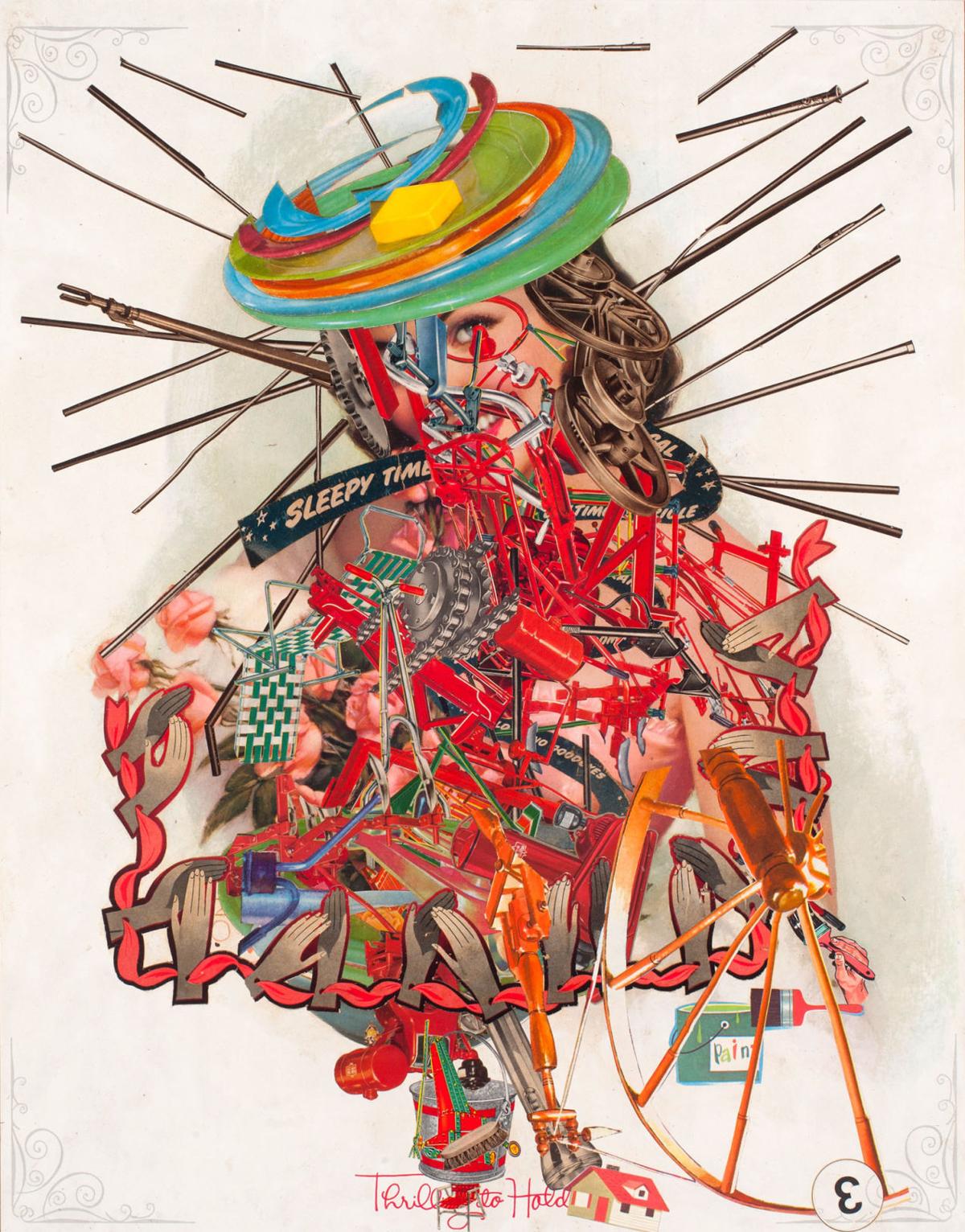 Lance Letscher’s work will hang at the Tayloe Piggott Gallery beginning with an artist reception at 9 p.m. Saturday. This is “Thrilling To Hold,” one of his new works that will hang at the show.

In addition to an artist reception at Tayloe Piggott Gallery Saturday evening, there will also be a screening of the new documentary about Lance Letscher at Pink Garter Theatre. This piece, "Thrilling To Hold" is one of the new pieces showing at the gallery.

Lance Letscher’s work will hang at the Tayloe Piggott Gallery beginning with an artist reception at 9 p.m. Saturday. This is “Thrilling To Hold,” one of his new works that will hang at the show.

At first Lance Letscher was not enamored with the idea of a documentary about him.

When Sandra Adair, an award-winning film editor, approached Letscher with the idea of following him as he created a metal sculpture for her cousin in Austin, Texas, he wanted to say no.

“I kind of resisted the idea,” Letscher said. “I’m not a shy person — I’m a grown man. But I’m also very private. I’m protective of myself, and it was really difficult for the first three months to trust them and open up and to talk.”

The resulting documentary, “The Secret Life of Lance Letscher,” is less about Letscher’s art and more about the soft-spoken artist who would much rather let his art speak for him.

“There’s a psychological arc that goes through the movie,” Letscher said. “That’s the most important part. There are some events in my family that happened that the film talks about and shows how those events affected my artwork.”

Early in the filming process Letscher’s father committed suicide. The event altered his life, as well as his approach to his work.

“At the time they were filming I was not doing real good,” Letscher said. “I would talk about it and it was really difficult to talk about. The art was heavily affected by it. It changed dramatically. I was able to articulate the changes and point out the changes.”

The work Letscher created during that time of grief and healing will be on display at Tayloe Piggott Gallery, beginning with an artist reception at 9 p.m. Saturday. An unfinished version of the still-in-progress documentary will screen at 8 p.m. Saturday at the Pink Garter Theatre. Both events are free and open to the public.

Letscher’s medium of choice is collage. He collects paper materials from old catalogues, trash bins, estate sales or kids’ textbooks, painstakingly cutting them apart and gluing them together.

“I started doing collages because they were quick and I could work through ideas quickly. It’s always been an emphasis in my life to draw. I would use drawing to work myself out of problems. … It just blossomed from there. In an unexpected way it developed into a voice that continues today.”

His work is intricate and at times overwhelming. There are endless layers of images mixed together: shoes to metal to trees to cut-out cityscapes. It evokes chaos as well as a calm focus as your eyes scan to find every image and thread them together.

“When you’re looking at this, your rational mind is trying to connect the letters or make something make sense but there’s also a feeling that comes from it as well,” Glendinning said.

At first glance it just looks like chaos, but as you get closer, you see how methodical Letscher is with each material and placement. In his metal pieces even the staples that hold it together are arranged to create a sense of order.

“I wonder if there’s some sort of connection between the calm he gets when putting it together,” Glendinning said. “Because it seems like all of this could be arbitrary, but there’s also that feeling that you know it isn’t.”

Collage artists of the early 20th century used the medium to highlight the rise of consumerism and the chaos of postmodernity. But Letscher doesn’t see his work that way.

“I think my work is mostly about this very strong formal character,” Letscher said. “I’m really into color and space and the illusion of space. I enjoy using formal elements to play tricks and to guide the eye through the piece.”

Both the documentary and the exhibit should show people not only Letscher’s work, but his process and personality as an artist.

“Every time I look at it I see something I didn’t see before,” Glendinning said. “He is very methodical in terms of waiting for the work to sort of reveal itself instead of forcing it, which is amazing.”

What: Documentary screening and artist reception