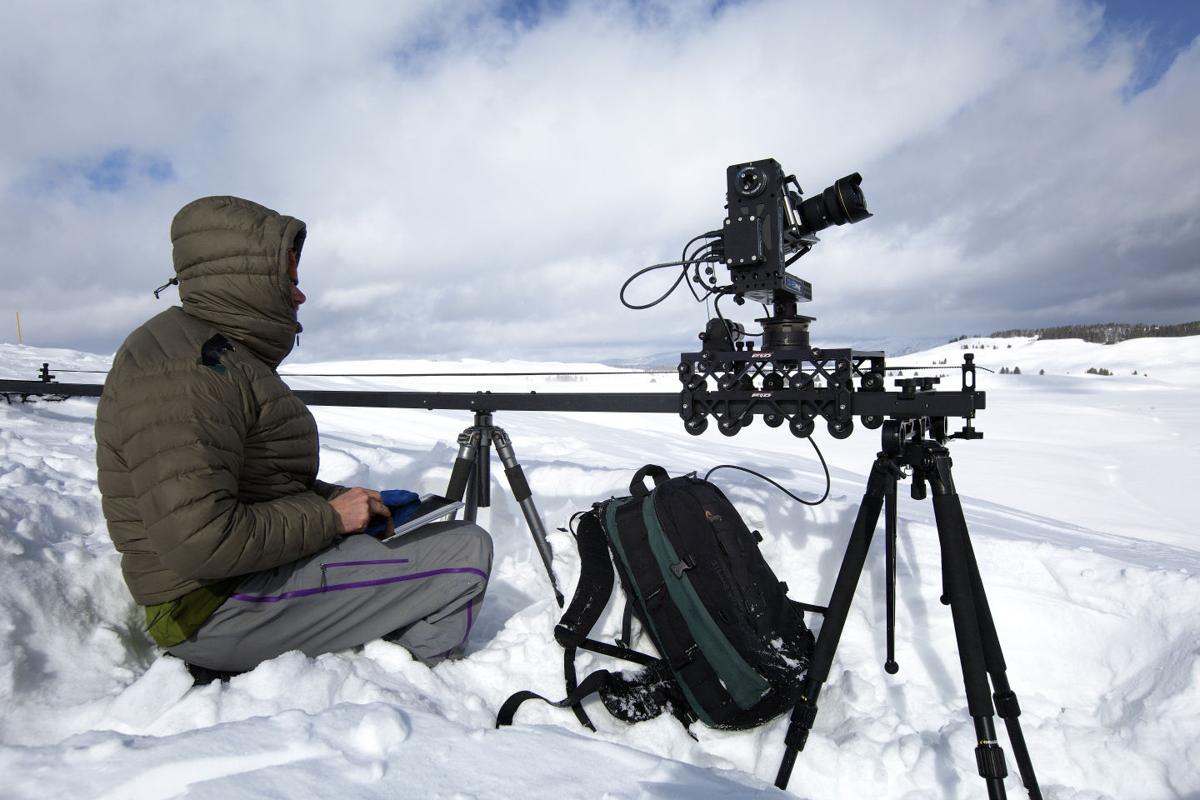 John Shire of Brain Farm Cinema sits at the camera to create a motion-controlled time-lapse sequence in Yellowstone. 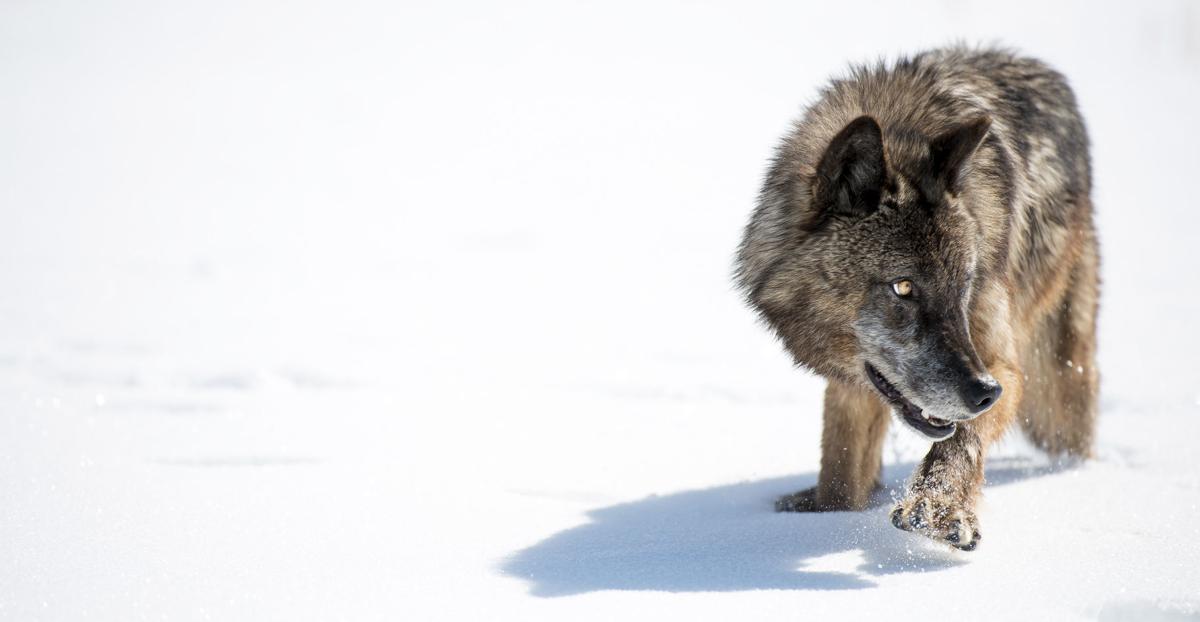 John Shire of Brain Farm Cinema sits at the camera to create a motion-controlled time-lapse sequence in Yellowstone.

The Jackson Hole Wildlife Film Festival is the most prestigious festival of its kind, director Lisa Sanford said.

For a local production company to make it to the finals in not one but two categories, then, is “really quite significant.”

Brain Farm Cinema has done just that. Its film “Wild Yellowstone — Frozen Frontier,” produced in partnership with National Geographic, is a finalist in the film competition for both best visualization and best editing.

The 49-minute film documents Yellowstone National Park’s wildlife, from a wolf pack to a family of river otters, as they brave the park’s harsh winters. It took 10 months to film and several years of preparation, cinematographer Curt Morgan said.

When the project began Brain Farm Cinema had award-winning experience shooting action sports in a commercial space. Natural history and wildlife, however, were relatively new territory.

“There was a little bit of a learning curve,” Morgan said. While athletes’ movements are fairly predictable, animals cannot be directed. Getting the perfect shot can be as much about luck as it is about preparation.

“If you want the fox jumping and catching the mole, it’s really just up to God to give you that moment,” Morgan said. “Human skill set only goes so far. It’s kind of up to nature to do the rest.”

Still, producer Tom Stephens thinks the film’s success says a lot about the people that made it.

“Getting that kind of result is a really great achievement,” Stephens said. “Yellowstone is pretty brutal. ... You can have the shiniest camera in the world, but getting it to work in negative-40 degrees is another story.”

Morgan grew up a “complete Nat Geo fanatic,” he said, so to produce a full-length film with it was no small feat. Before the project started, it “took a lot of sweat and tears” to get it in the door. Brain Farm had to put a team together to research Yellowstone’s wildlife and write a story that would, with luck, “come into fruition,” Morgan said.

Morgan said he wants to see Brain Farm move into wildlife film more permanently, but it’s a hard field to break into.

“It’s all about first impressions,” he said.

“Honestly, our film competition is really the foundation on which everything else stands in terms of our industry conference,” Sanford said. “To be recognized by this group is very much a career-enhancing recognition.”

“Wild Yellowstone” was one of over 1,000 entries competing for 22 awards this year. In the two categories for which it is nominated it is among three finalists alongside renowned names like BBC and PBS. Basic math explains that to go from 1,000 to just three films takes a lot of filtering. Brain Farm has made it through four rounds of judging by some of the beset editors and cinematographers in the business to make it where it is today.

“It’s really quite awesome,” Stephens said, “especially given who we’re nominated against.”

Stephens joined the team with a background in natural history, and while he was confident in the film, he didn’t have high hopes of winning.

“You kind of hope it might get nominated,” he said, “but I wasn’t expecting it, knowing the caliber of everybody else.”

“Wild Yellowstone” will screen at the industry conference at Jackson Lake Lodge from Sept. 28 through Oct. 2, but will make its public debut at the first Jackson Hole Wild Festival on Oct. 3.

JH Wild Festival, Sept. 26-Oct. 3 at Center For the Arts. Selection of film screenings, keynote speakers and events from the Industry Conference brought to the public.