“Toxic Puzzle: Hunt for the Hidden Killer” explores a possible cause and cure for Alzheimer’s and ALS. The film screens at 6 p.m. Monday. 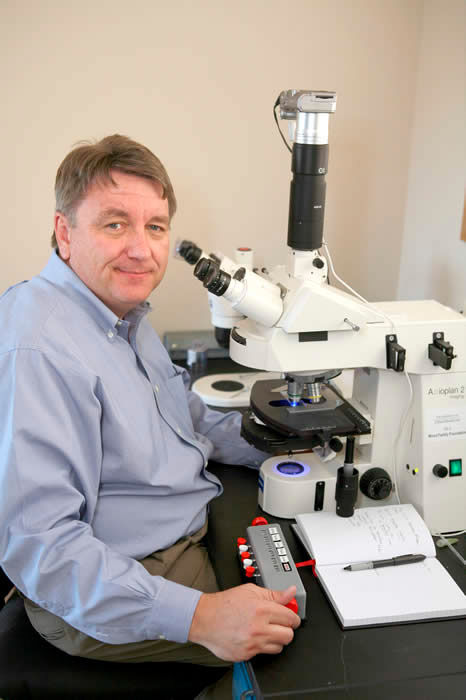 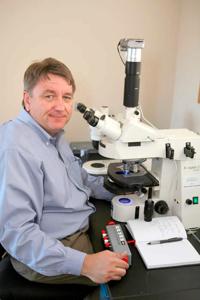 Dr. Paul Alan Cox is the executive director of Brain Chemistry Labs, and is leading the research described in the film.

“Toxic Puzzle: Hunt for the Hidden Killer” explores a possible cause and cure for Alzheimer’s and ALS. The film screens at 6 p.m. Monday.

Dr. Paul Alan Cox is the executive director of Brain Chemistry Labs, and is leading the research described in the film.

Next week the Center for the Arts will host something different from its usual art-centric fare — a film that suggests a potential cause and cure for ALS and other neurodegenerative diseases.

A partnership between local organizations Brain Chemistry Labs, which produced the film, and Jackson Hole Wild brings “Toxic Puzzle: Hunt for the Hidden Killer” to the Center Theater at 6 p.m. Monday.

The movie highlights more than a decade of scientific research led by Dr. Paul Alan Cox, who in 1997 was named one of Time Magazine’s 11 “Heroes of Medicine.” Cox, the executive director of Brain Chemistry Labs, and his team have journeyed across the world studying cyanobacteria, a photosynthetic, oxygen-producing organism that is responsible for forming most of Earth’s atmosphere.

“Cyanobacteria are some of the most ancient and most adaptable organisms on Earth,” Cox said. “They helped to build the oxygen atmosphere of the Earth, and today remain the single largest sink for carbon dioxide on the Earth. So they do many good things for the planet.”

But in large populations, known as cyanobacterial blooms, the organisms are highly damaging to humans.

“These vast mats or scums on ponds, lakes and estuaries often contain potent toxins,” Cox said. “Acute cyanobacterial toxins include liver toxins and some neurotoxins. [Brain Chemistry Labs] and our colleagues throughout the world have been looking at possible links between chronic exposures to cyanobacterial blooms and increased risk of brain diseases such as Alzheimer’s and ALS.”

Cox hypothesizes that the common dietary amino acid L-serine could be used to prevent the tangling of proteins caused by BMMA, a neurotoxin found in cyanobacterial blooms. The process could potentially cure a slew of neurodegenerative diseases.

The FDA has granted his lab three clinical trials to test his hypothesis.

It might seem odd to conduct research on diseases with global implications like ALS, Alzheimer’s and Parkinson’s in a valley isolated from similar research. But Brain Chemistry Labs chose in 2006 to establish itself in Jackson because of the town’s intersection of trained scientists and seasoned outdoorsmen and women.

“Jackson Hole has probably the world’s greatest concentration of MDs and PhDs who are expert climbers, extreme skiers and white-water river specialists,” a statement on its website reads. “Such outdoor skills in trained investigators are useful for the Institute’s ethnobotanical expeditions.”

The novelty of such an advanced scientific lab in Jackson is not lost on Cox.

“I like to tell people we have the best amino acid laboratory within two blocks of the Town Square,” Cox stated in his 2012 JacksonHoleTedX talk.

Cox hopes to move his team into a new lab across from the Jackson Whole Grocer this fall.

JH Wild’s help in promoting and hosting the movie reflects a shift in the organization that previously specialized exclusively for the Wildlife Film Festival.

The movie fits with JH Wild’s mission statement: to connect people to the natural world through media.

Harger said the organization’s decision to partner with Brain Chemistry Labs to present the film was made without a second thought.

“Our tie in is people, nature and media,” she said. “It was a very natural partnership.”

A Q&A session will follow the screening. To purchase tickets, which cost $15, visit JHCenterForTheArts.org.

What: "Toxic Puzzle: Hunt for the Hidden Killer"

Where: Center Theater at Center for the Arts

I'm confused...If L serine is a common dietary amino - AND we make it own our own - all the time each living nano second of our lives - how is taking it some more going to help matters? We are eating all kinds of foods - each one of them has this amino acid, and again, we already make it. ??? Sounds like a money grab for more grants or to sell another product.

Hi Oliver, I'm one of the researchers on this project. You're correct that humans do make our own, as well as get L-serine through our diet. Our research, however, has shown that people who consume more than the average American have almost zero neurodegenerative diseases. The people who live on the island of Ogimi in Japan consume a lot more than Americans (or anyone else really) because their diets are high in foods containing L-serine and they have increased lifespan and almost no detectable dementias or Alzheimer's disease. And this is in spite of them having been exposed to the algal toxin (BMAA) to which we refer.

We've also shown in clinical trials in people with ALS that taking L-serine as a supplement slows the progression of their disease. So it seems that extra L-serine is protective against neurodegenerative disease.

BTW, L-serine is already available as a dietary supplement from a health food store or online, so it's very cheap and easy to get. But importantly, we make absolutely no money from its sale. We do not sell it, nor do we have any interests or shares in the companies that do.

I also like to get extra L-serine through diet, so I eat edamame (soy beans) whenever I can. (I can also declare that I do not own any soy bean companies).