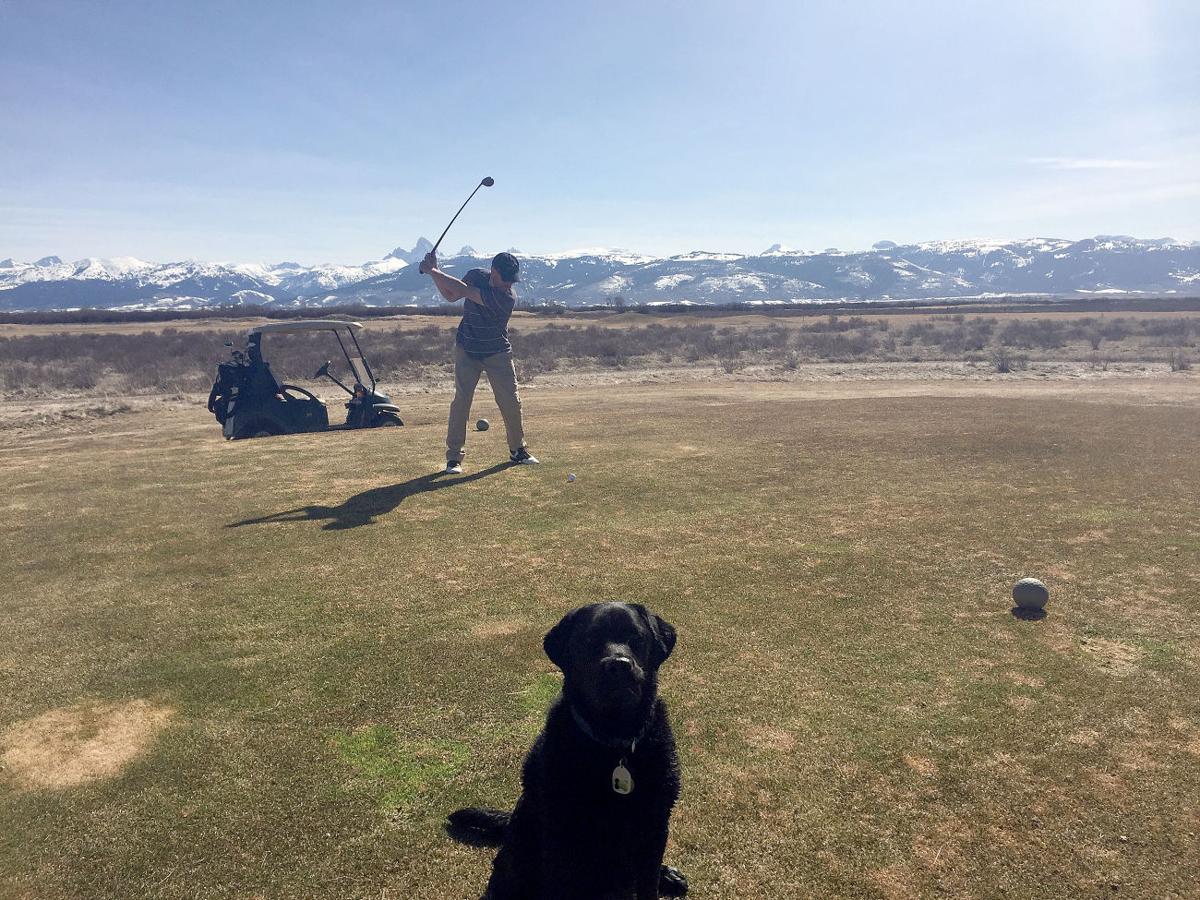 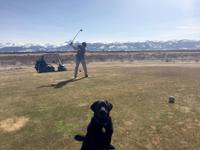 Kevin Channel tees off as Gunner stares at the camera with the Tetons as their backdrop at the Links at Teton Peaks near Driggs. 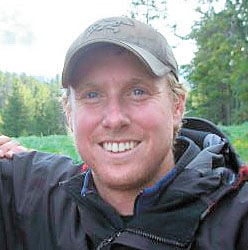 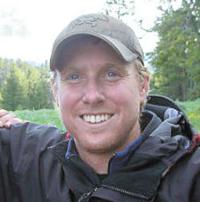 With the snow quickly melting off the ground at lower elevations, summer activities are blossoming into season. After countless days on my road bike, I wanted to add a new summer sport to the list for 2016, so I headed over the hill to Idaho to play golf.

That’s right, golf courses are starting to open up. What better day to play my inaugural round than on the opening day of the Masters Tournament. I had been scouring course websites in the hopes of finding one that has opened and sure enough the Links at Teton Peaks fit my criterion.

While on their website, not only did I find that the Links has opened for the season, but also that they allow dogs to play along and are quite inexpensive relative to courses in the Jackson area, which won’t open for quite some time. An 18-hole round with a cart is only $29.

Driving into Driggs, Idaho, we took a left at the stoplight in town heading west on Bates Road as if we were headed to the Big Holes. We drove past Huntsman Springs and the wooden pathways that adorn that private course, eventually turning right onto an unmarked dirt road, which is North 400 West. A couple miles down this dirt road on the right side lies the Links.

We chatted with the gentleman working in the pro shop, who told us that the course is cracking down on their dog policy this year, asking that my dog be on the same hole as us and not wander to other golfers at other holes — a very reasonable request and hardly cracking down when compared with other courses with strict dress codes.

Patches of new, green grass stood out among the fields of brown across the course. Despite the regenerative state of the vegetation on the course, everything was surprisingly dry and void of snow with only a couple wet areas that the greens keeper kindly marked off so we could easily avoid them.

True to its name, the course doesn’t have any trees, making for spectacular views of the Tetons from the west. It also makes finding stray balls easier for an inconsistent golfer like myself. Water features, sand traps and manmade hills create obstacles that allow each hole to be unique.

This is a great early-season course, not only because it’s one of few open for miles and miles around, but also because it’s a fairly forgiving course. I found it easy to score reasonably well on my first round of the season, despite a smattering of poor shots throughout the round, notably on the putting green.

We only saw a couple other people on the course during our entire four-hour round, which is saying something seeing as we could see across most holes at any given time due to the lack of trees. This relative seclusion was nice, not having to worry about playing quickly because there’s a group in front of and behind you. Instead, we could focus on our own shortcomings, taking mulligans when we saw fit, and stopping to talk through yardages with one another.

This proved to be a great way for my dog to get exercise as I had a relaxing round of golf. He ran alongside the golf cart and when it was time for either of us to shoot, he chased his own ball away from the direction we were hitting. There were also plenty of water hazards that he found to cool off in and drink from as he ran around the course.

There aren’t too many of these courses left out there that lack pretentiousness and have that salt of the earth, mom-and-pop character. As long as people keep supporting them, though, a few will continue to exist relatively close by.

Park looks forward to future rounds of golf with his pup this summer. Contact him via columnists@jhnewsandguide.com.

Excursion: Golf at The Links at Teton Peaks