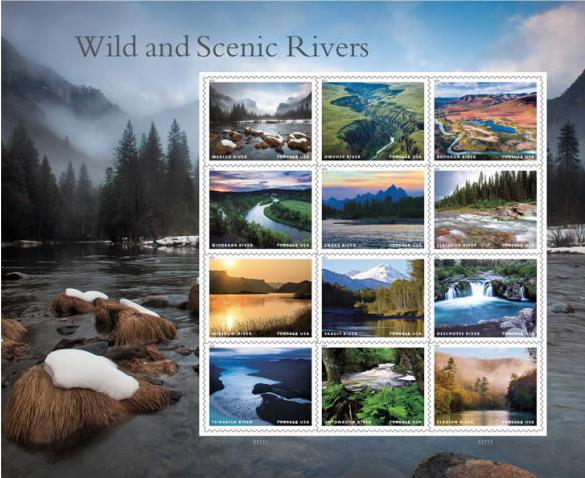 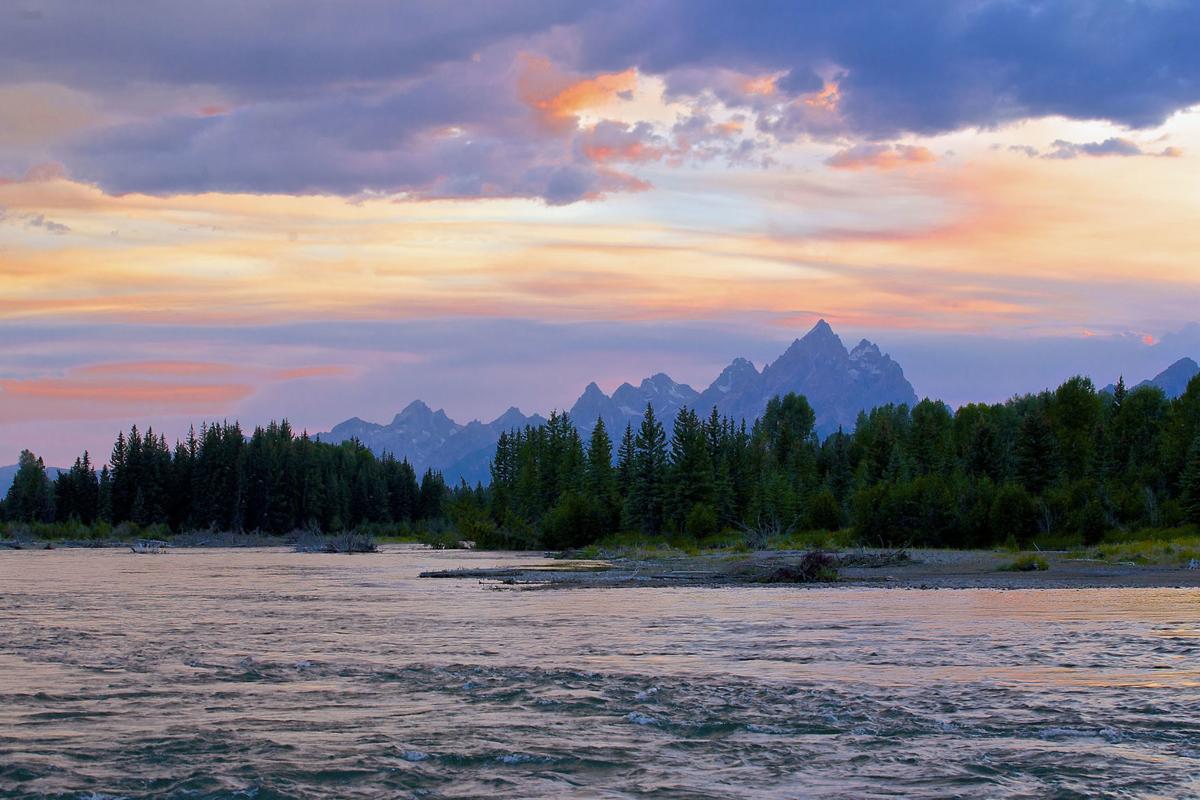 Tim Palmer’s photo of the Snake River taken from the confluence with the Buffalo Fork appears as part of a 2019 collection of stamps featuring waterways included in the National Wild and Scenic River System.

Tim Palmer’s photo of the Snake River taken from the confluence with the Buffalo Fork appears as part of a 2019 collection of stamps featuring waterways included in the National Wild and Scenic River System.

Tourists have been snapping pictures of the Snake River since pioneer photographer William Henry Jackson dropped by in the 1870s.

And it has continued since Jackson made those first images, creating glass negatives as big as 18 by 22 inches. Everyone from Ansel Adams to your Aunt Frieda has pointed a camera at the river and frozen its flowing water to show everyone back home.

But the famous waterway has never been on a United States Postal Service stamp. Until now.

The U.S. Postal Service has released a dozen-stamp issue that features some of the watery highlights of the National Wild and Scenic River System, federally designated rivers around the country that are closest to their original condition — free-flowing waters that are intended to remain that way.

An image of the Snake River with a spectacular sunset silhouetting the Grand Tetons is imbedded in the stamp set's second row.

The Wild and Scenic program marks its 50th anniversary this year. Its goal from its inception was “saving our very best rivers,” something that “would be an endless battle unless we had a program to set the best aside,” said author, photographer and naturalist Tim Palmer.

Palmer’s Snake image was taken where the Buffalo Fork meets the Snake, north of Jackson near Moran.

“It’s an iconic scene, perhaps the most iconic river and mountain image in America,” Palmer told the Jackson Hole News&Guide last year when his photo was chosen. “It’s a place very close to my heart.”

“Part of America’s rich heritage is the natural beauty of America’s rivers and the many habitats that support wildlife,” said Joe Corbett, U.S. Postal Service chief financial officer, executive vice president and stamp ceremony dedicating official in a news release. “When Americans use the stamps either to mail letters and packages or to add them to collections, they will be reminded of our cherished Wild and Scenic Rivers.”

With outdoor recreation increasingly popular in recent decades, Americans have sought out clean rivers—whether to swim or fish in gentle meanders or to raft or kayak through challenging rapids, according to the Postal Service. Natural areas near rivers are rich with biodiverse habitats and favored destinations for camping, hunting, hiking, climbing and moments of reflection—resets that help counter the frenzied pace of modern life.

The Wild and Scenic Rivers Forever stamps are available at The Postal Store at USPS.com/shop, by calling 800-STAMP24 (800-782-6724), by mail through USA Philatelic, or at Post Office locations nationwide. Forever stamps will always be equal in value to the current First-Class Mail 1-ounce price.