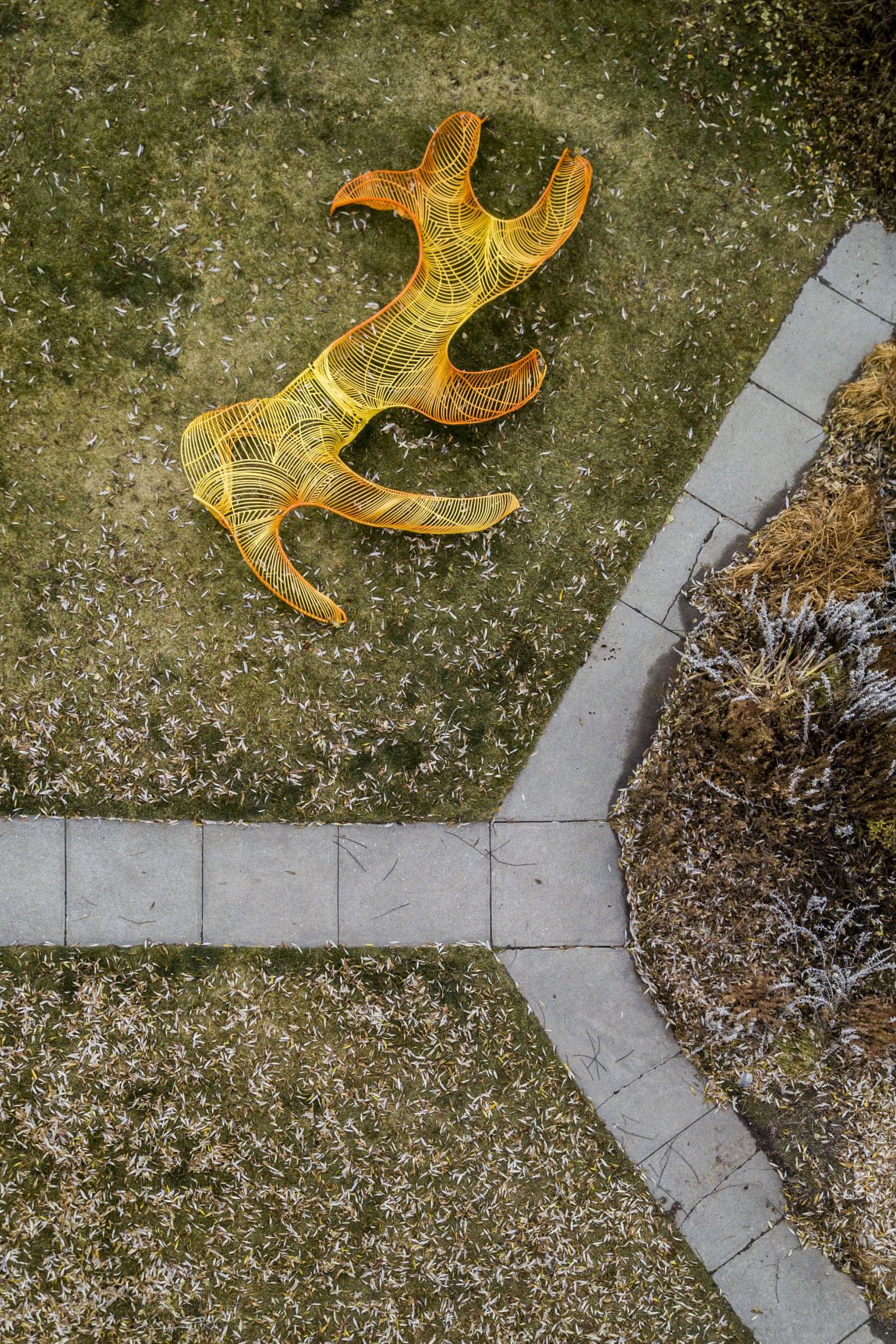 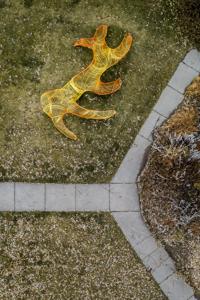 The final design of the elk shed sculpture outside the Jackson Hole Children’s Museum was inspired by a dropped elk antler. 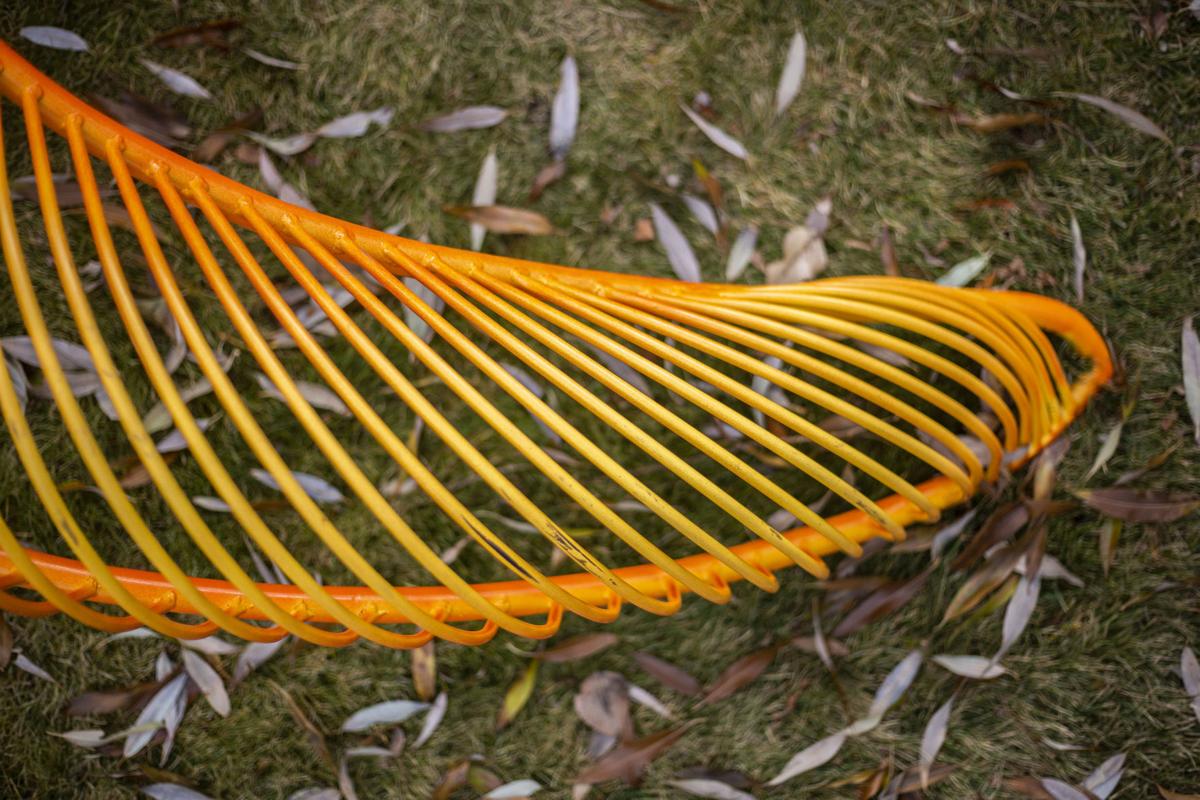 Wire form tunnels at the City Museum in St. Louis gave designers inspiration for the piece, which was constructed with mild steel rod and powdercoated orange and yellow. 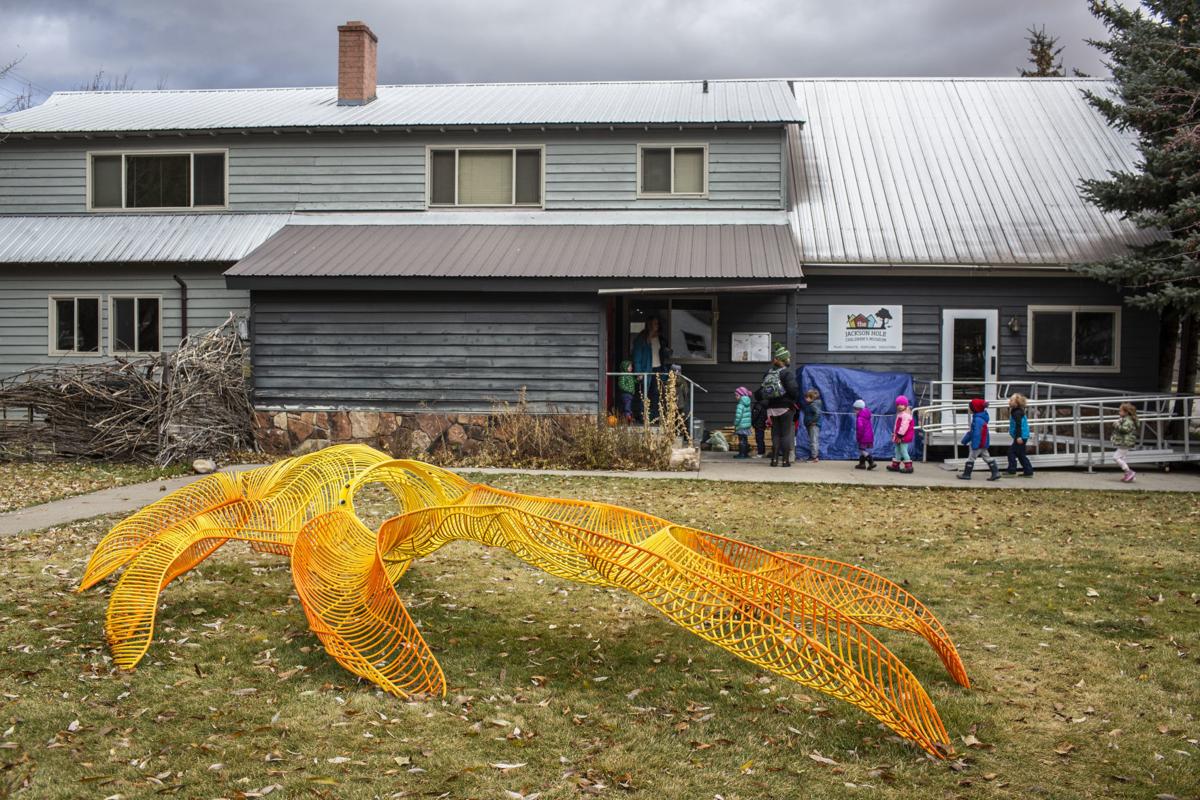 The final design of the elk shed sculpture outside the Jackson Hole Children’s Museum was inspired by a dropped elk antler.

Wire form tunnels at the City Museum in St. Louis gave designers inspiration for the piece, which was constructed with mild steel rod and powdercoated orange and yellow.

While it may be harder to entice kids inside the Jackson Hole Children’s Museum these days, they are increasingly drawn to the new climbable elk shed sculpture that arrived roughly a month ago.

The best part for her is asking the kids to describe it and watching their imagination come to life.

“I’ve heard everything from goldfish, starfish, to a pterodactyl,” Fagan said. “Whatever it is, it’s no doubt one of the coolest things we’ve ever done.”

The museum will host a public reception to celebrate the sculpture at 12:30 p.m. Saturday. The event is free, with snacks and activities. Admission to the museum will also be free all day.

The climbable sculpture project began in fall 2016 as a collaboration between the museum, Jackson Hole Public Art and Jackson Hole High School’s FabLab.

Over the course of eight weeks, artist Bland Hoke led 25 students in third to fifth grades through exercises exploring design principles such as color, object and form. The students shared their design ideas with the high schoolers in FabLab, who put together 3-dimensional wax and paper prototypes for Hoke to begin building in real life.

“The FabLab students took a lot of verbal cues from the younger kids to evolve it into something more tangible,” Jackson Hole High School STEM Coordinator Samantha Smith said. “Bland helped them pull out some of the big ideas from what the children had come up with to turn into prototypes.”

“It was a very community-oriented project,” said Jackson Hole Public Art Executive Director Carrie Geraci, who credited Hoke and Smith for extracting the ideas and inspiration from the children. “We had amazing partners and amazing ideas.”