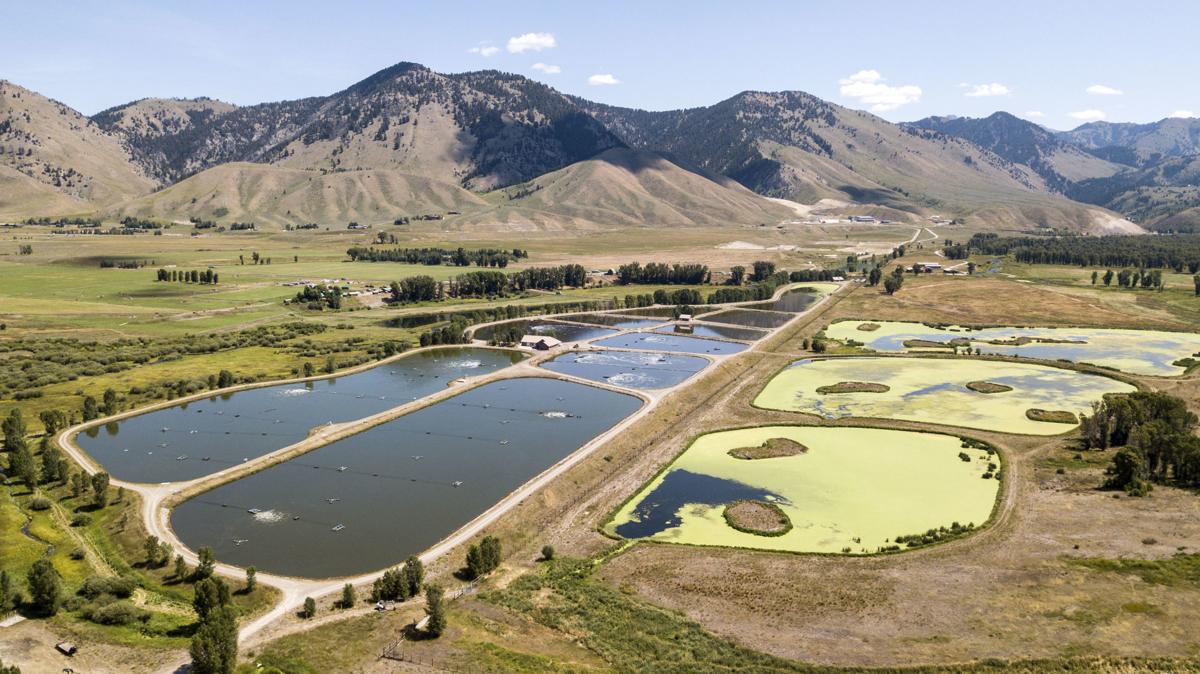 The Jackson Wastewater Treatment Plant sits adjacent to the South Park Wildlife Habitat Management Area, where water filters into wetlands before making its way into the Snake River. 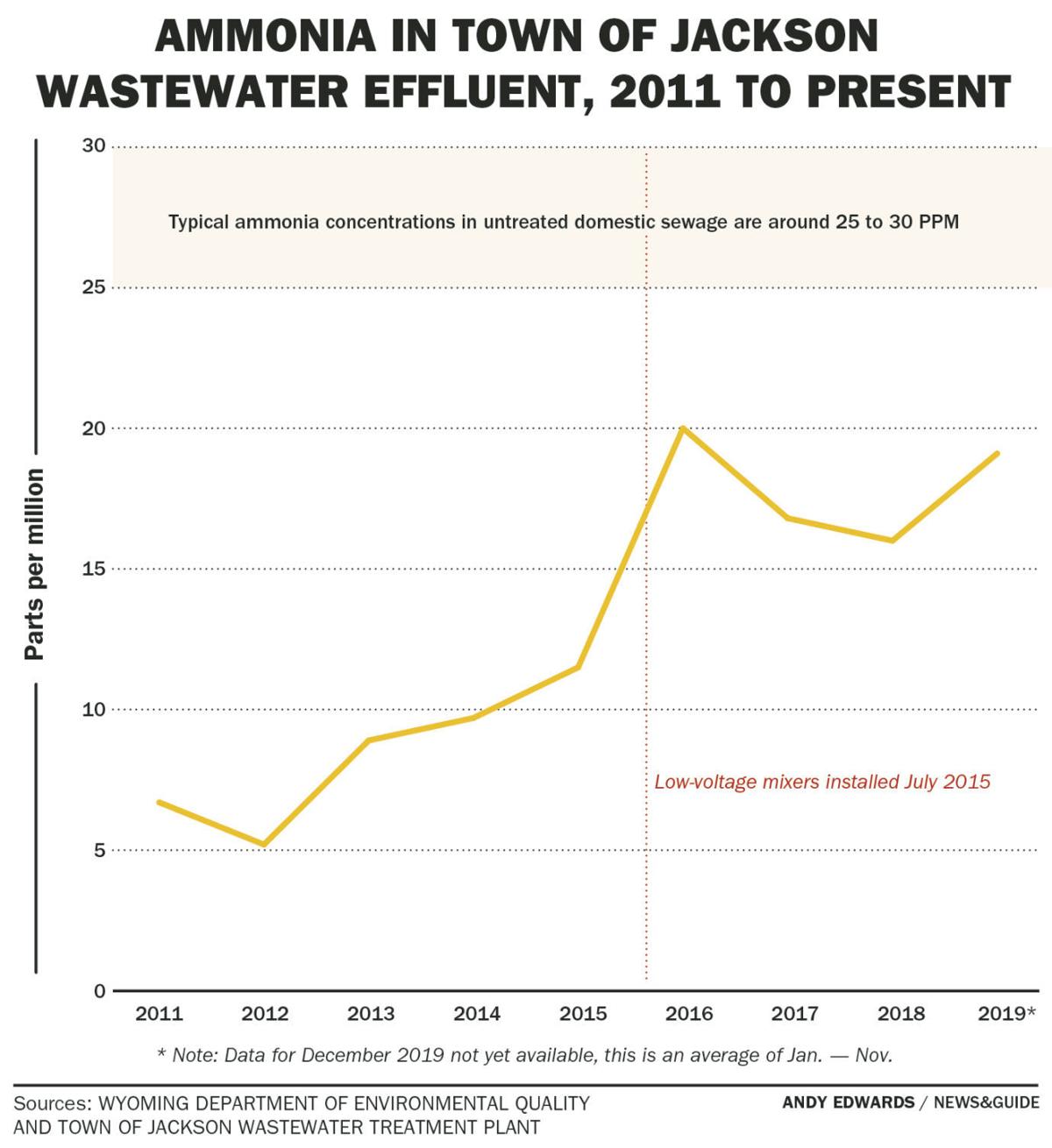 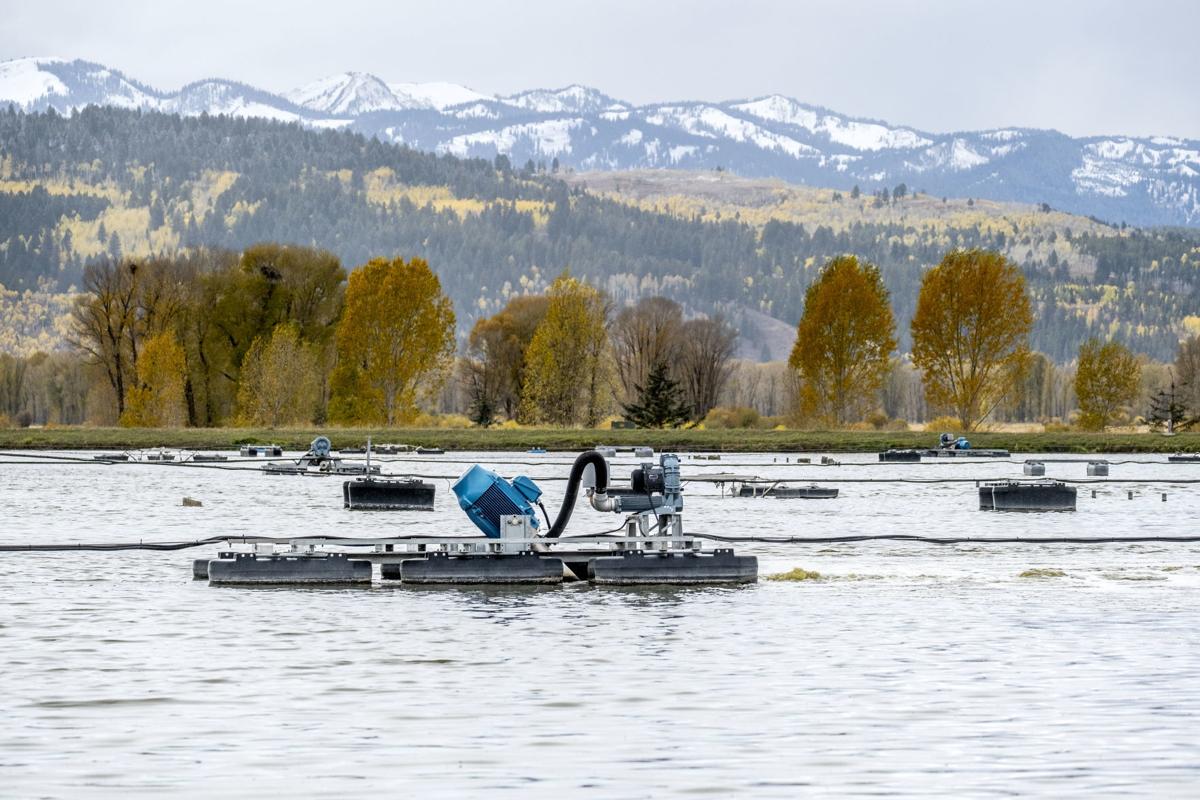 Jackson’s wastewater settling ponds are fitted with 7.5-horsepower Medora Grid-Bee mixers installed in 2015 as well as 50-horsepower blowers intended to aerate the water and break down waste. A former employee believes the Grid-Bee mixers on their own or with a little assistance don’t get the job done. 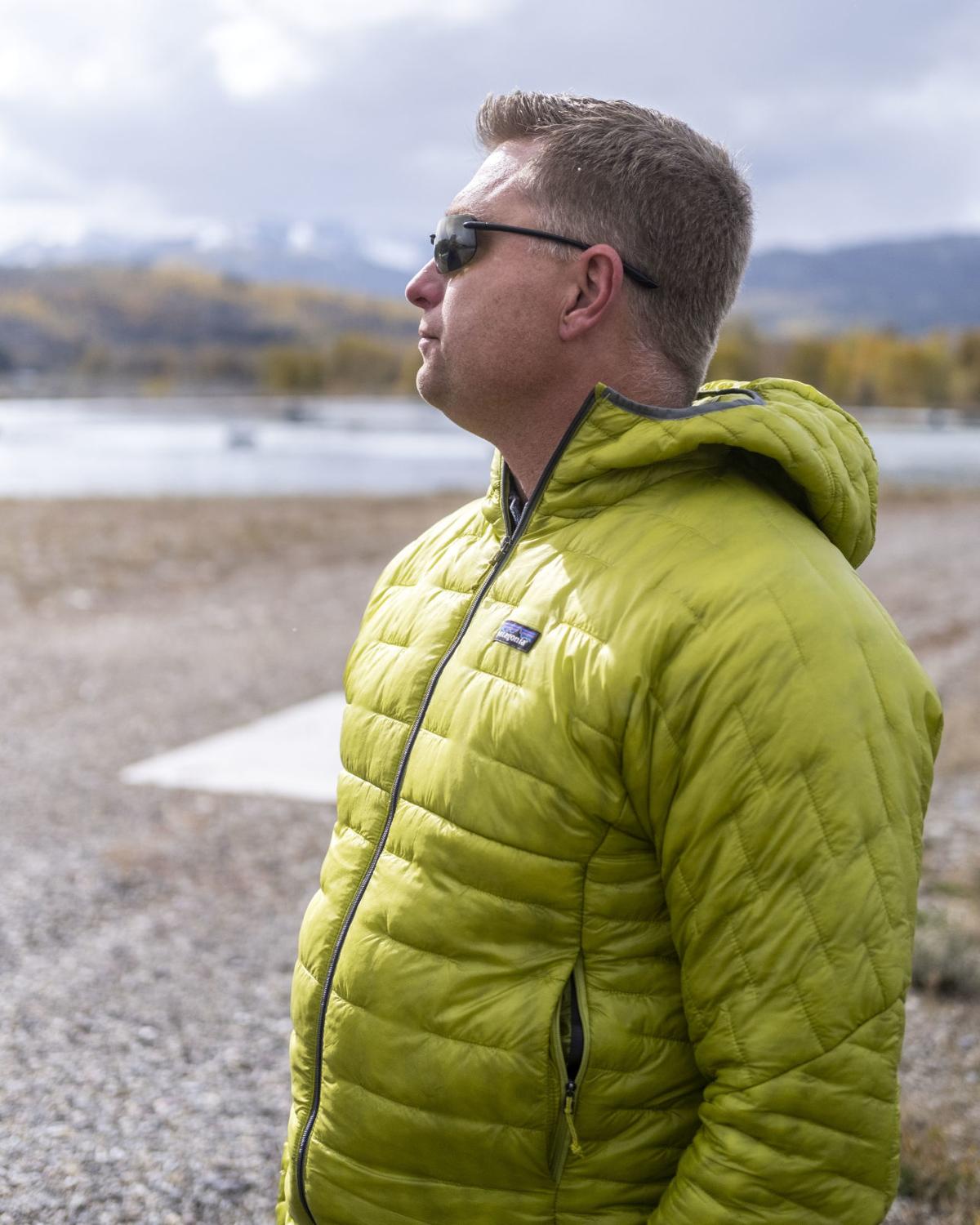 Wastewater Manager Johnny Ziem doesn’t believe a tradeoff is being made between water quality and energy savings. “Absolutely not,” he said. 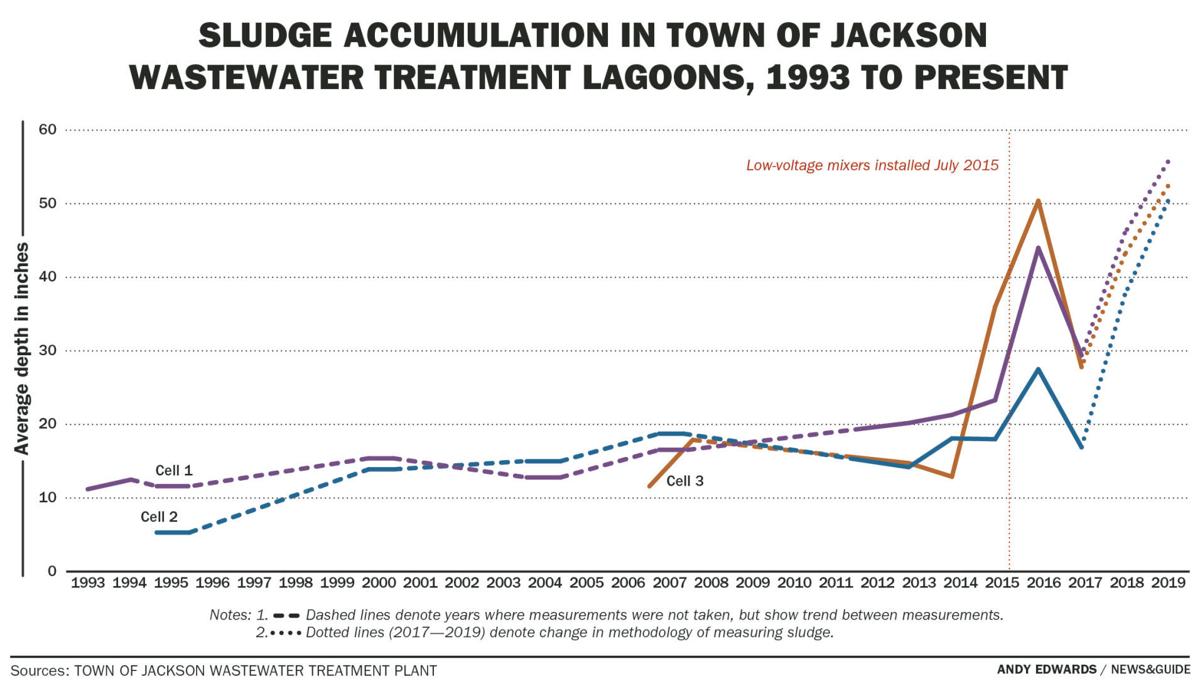 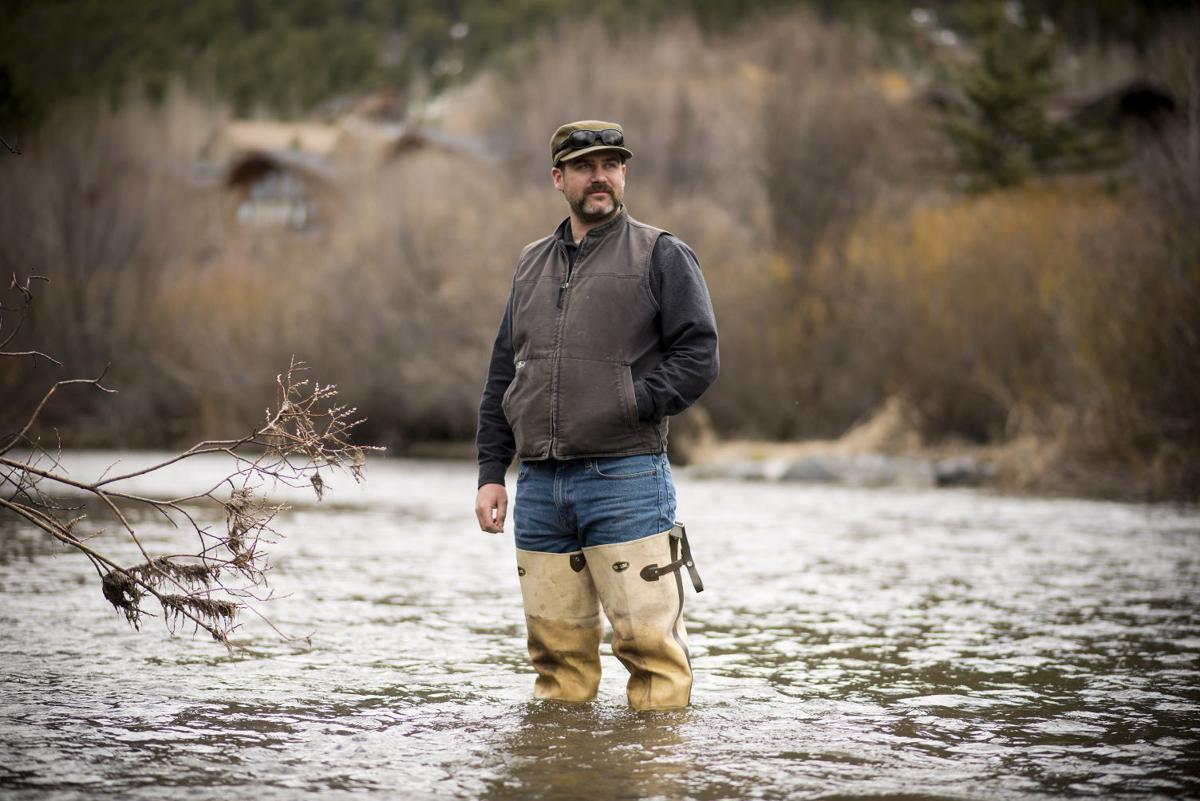 The Jackson Wastewater Treatment Plant sits adjacent to the South Park Wildlife Habitat Management Area, where water filters into wetlands before making its way into the Snake River.

Wastewater Manager Johnny Ziem doesn’t believe a tradeoff is being made between water quality and energy savings. “Absolutely not,” he said.

A couple of years into his job operating the Jackson Wastewater Treatment Plant, Chris Moran had become convinced the facility was running so poorly it was barely breaking down sewage.

Management, he perceived, had tunnel vision with a lone goal in mind for the plant: reducing electricity consumption, in pursuit of the town’s goal to become 40% more energy efficient by 2020. Aerators in settling ponds were being turned off to keep energy use down, and in turn the lagoons lacked oxygen and the microorganisms necessary to digest feces and urine. As a result, millions of gallons of minimally treated — though totally legal — wastewater were discharging into South Park wetlands and from there into the Snake River.

“Over the years,” Moran said, “this became the elephant in the room.”

All of the wastewater plant’s operators, he said, were on the same page: “We were just running a bunch of stinky anaerobic ponds, and the Grid-Bees really were a waste of money.”

Moran points to the 2015 installation of new equipment, supplementary sewage lagoon mixers called Medora Grid-Bees, as the start of a troubling trend. Run alone or with little assistance from more traditional, powerful blowers that better aerated the water, the mixers weren’t doing their job, and the largest of the lagoon-style ponds at the South Park facility contained next to no dissolved oxygen for weeks and then months at a time, he said.

“Your bugs are your bacteria that break down waste, and you want to keep bugs alive,” Moran said. “They need oxygen, and you need well-mixed water with plenty of oxygen.”

Publicly, the $561,000 infrastructure addition was roundly hailed as a success: Lower Valley Energy cut the town a six-figure energy efficiency rebate check, and the project netted positive press. In its first year operating with the new mixers, the town’s plant used 915,300 fewer kilowatt-hours of electricity — good for roughly $50,000 in utility bill savings for the taxpayer-funded facility.

“Lower Valley Energy tries to maintain the lowest energy costs in the valley,” Jim Webb, the utility’s CEO, told the Jackson Hole Daily in November 2016. “This project saves everyone money.”

But in the background Moran, then the plant’s senior operator, was trying to sway his boss, wastewater manager Johnny Ziem, to put more of an emphasis on aerating and treating the approximately 1.9 million gallons of sewage that flowed through their facility on average every day. Moreover, he worried that the reduced treatment was causing sewage sludge to build up at the bottom of the 15-foot-deep ponds, and the cost of dredging it out could wipe away any savings from deflected energy consumption.

The disagreement over priorities and tension came to a head by 2018. That January, Moran was blunt with his boss while self-critiquing his performance in a written employment review.

“While we are still within our permit, I suspect the community at large may not see it that way,” Moran wrote to Ziem. “If tourists considered not coming to Jackson when they believed the Budge landslide was engulfing the town, I can only imagine the potential economic downfall we may suffer if tourists just perceived we were discharging compromised wastewater to the Snake River.”

Such admonitions from a subordinate didn’t go over well, Moran said, and he was told that he did not share the same values as the town of Jackson. By December 2018 his professional relationship with his boss had deteriorated to the point where he was urged to resign.

Reporter Mike Koshmrl dug into the issue. See the full story in this week's edition of the News&Guide, on newsstands now.