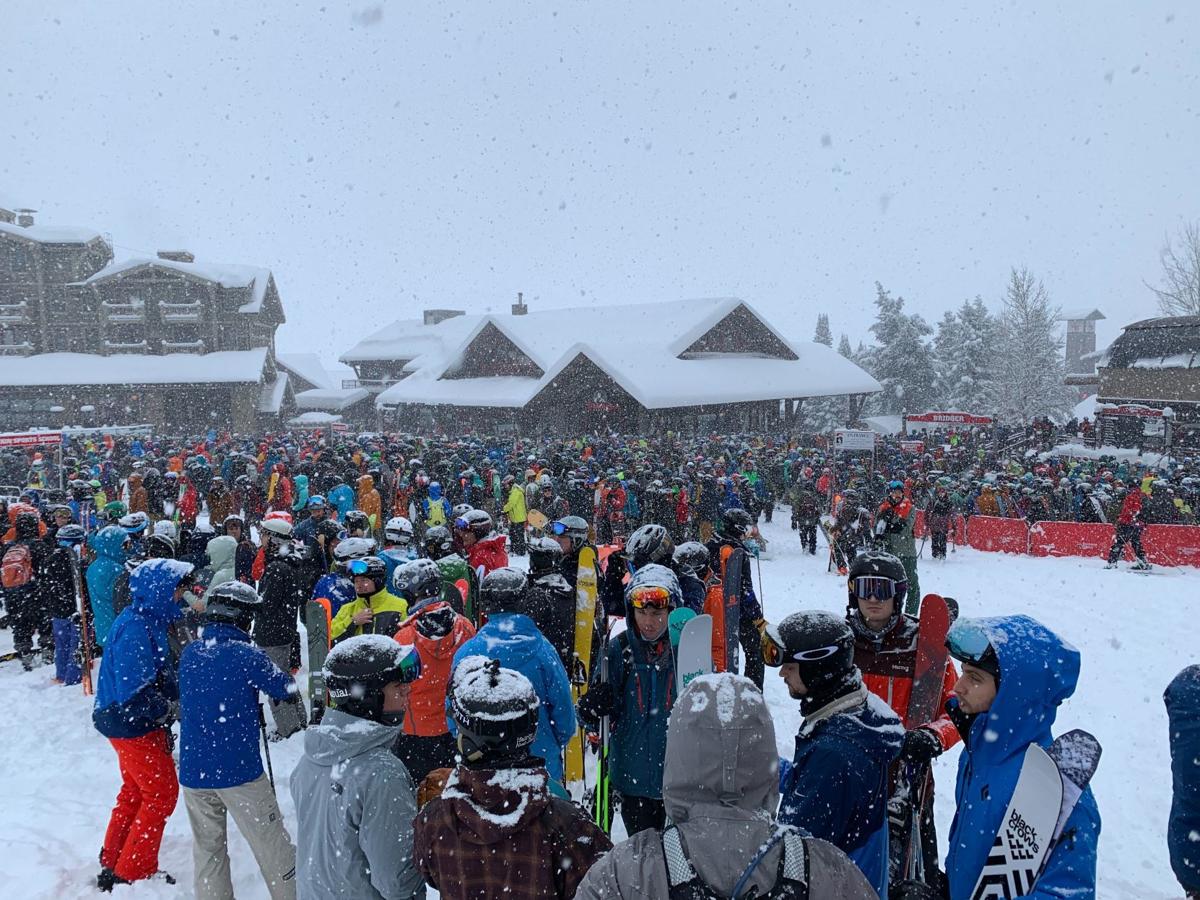 Hordes of skiers await their chance to make fresh tracks Friday morning at Jackson Hole Mountain Resort. The mountain is reporting 16 inches of snow within the past 24 hours, 10 inches overnight since the lifts closed Thursday.

Update, 4:48 p.m. Friday: Highway 89 through the Snake River Canyon is now open to traffic. All three routes in and out of Jackson Hole are now open. For updates, visit WyoRoad.info.

Update, 11:12 a.m. Friday: Highway 89 in the Snake River canyon is open in both directions. Drivers are warned to expect reduced visibility.

Somewhere between 12 and 15 naturally caused "bank slides" had come down by mile post 120 near the lower end of the canyon, Harsha said. "Six of those were fairly large with four to five feet of snow coming down on both lanes."

Avalanche teams were on the scene and "would be all day," Harsha said.

Update, 9:03 a.m. Friday: Jackson Hole Mountain Resort. The mountain is reporting 16 inches of snow within the past 24 hours, 10 inches overnight since the lifts closed Thursday. Officials expect parking to fill and ask that skiers and riders carpool. Only 21 percent of parking is still available, according to the JH Insider app.

Snow King Mountain reports 6 inches of snow in the last 24 hours, with all lifts open.

No parking will be allowed anywhere on Teton Pass from Wilson to the Idaho state line due to high avalanche danger.

In addition to the START bus commuter cancellations, in-valley routes may be delayed due to road conditions.

Skiers may rejoice in the powder, but nordies won't be getting groomed tracks on Teton County trails normally groomed today. Teton County Parks and Recreation employees will skip today's grooming to focus on shoveling efforts in town and clearing routes to schools, Teton County Public Information Specialist Kristen Waters wrote in an email.

Update, 6:53 a.m. Friday: START Bus has cancelled all its commuter routes today from and to Star Valley, Wyoming and Teton Valley, Idaho.

Update, 6:35 a.m. Friday: Teton County Schools are on a two-hour delay this morning due to Highway 89 through Snake River Canyon and Highway 22 over Teton Pass both being closed. Highway 89 closed around 8:20 p.m. Thursday because of avalanches that reached the road, and Teton Pass closed at 10 p.m. for planned avalanche control measures.

START Bus commuter routes from Star Valley and Teton Valley also are on hold because of the road closures.

Original story, 9 p.m. Thursday: Avalanches that slid onto Highway 89 between Hoback Junction and Alpine have closed the road through Snake River canyon. Both lanes are blocked.

The Wyoming Department of Transportation alerted motorists at 8:20 p.m. that the canyon road was closed, and that there is no estimated time to reopen it.

All highways in and around Jackson Hole have black ice warnings.

Highway 22 over Teton Pass is slated to close at 10 p.m. today for additional avalanche control.

An earlier version of this developing story indicated that a crash had snarled traffic on Teton Pass; that was outdated information. — Ed.