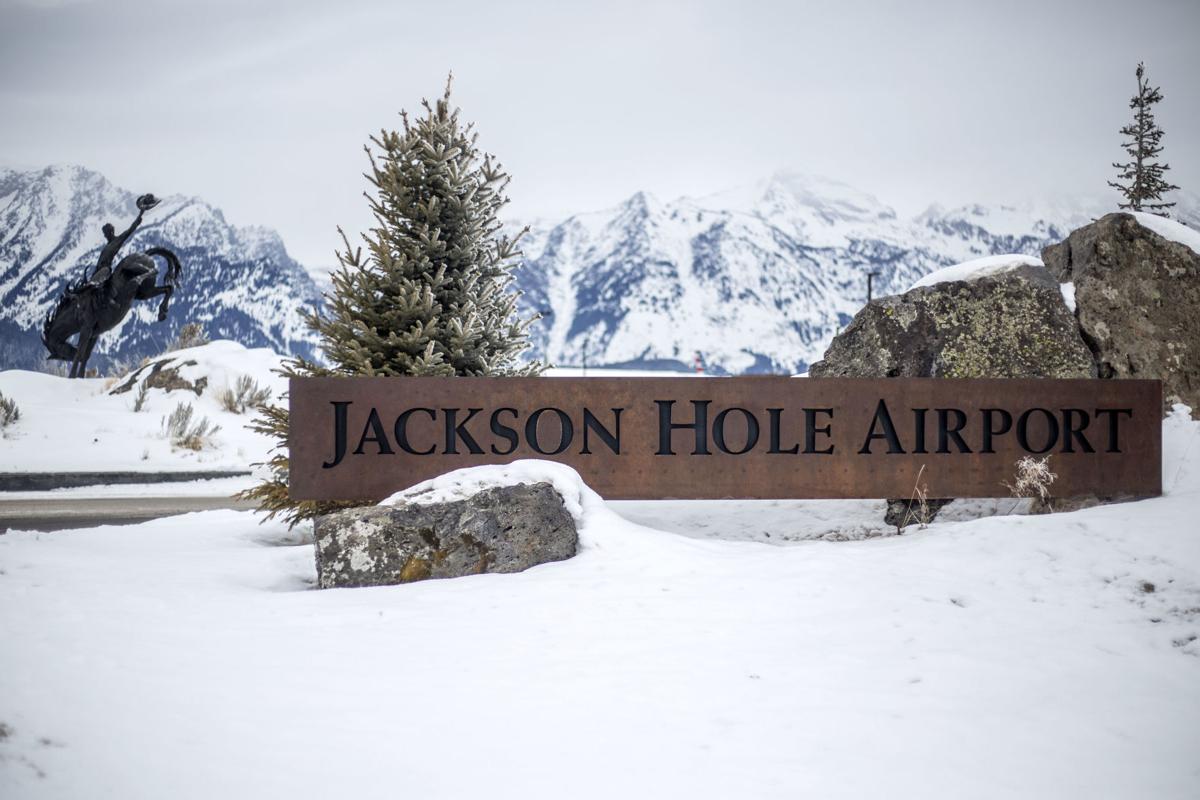 Jackson is attracting new flights while other markets are suffering.

Jackson is attracting new flights while other markets are suffering.

Teton County commissioners agreed to move $250,000 from Jackson Hole Airport’s budget to defray wildfire and search-and-rescue costs in the event of a scenic helicopter going down.

The idea, born of the Jackson Town Council, was spurred by the airport board’s recent approval of Wind River Air, a helicopter tour business that starting this summer will base at the airstrip in Grand Teton National Park.

While putting the finishing strokes on Jackson Hole Airport’s nearly $75 million budget, county commissioners agreed Tuesday to a onetime quarter-million dollar transfer to Teton County Search and Rescue. The town and county also agreed to make the airport reapportion $70,000 of its budget to hire a lobbyist to push back on Federal Aviation Administration regulations deemed harmful to Jackson Hole.

Search and rescue operations in response to accidents — costing about $1,700 an hour — are typically wholly reimbursed by the state of Wyoming, Teton County Chief Deputy Attorney Keith Gingery told commissioners. But the airport funds could be put toward paying a base monthly fee of $39,500 to station a TCSAR helicopter in the valley for more months of the year, he said.

Commissioner Luther Propst liked that arrangement: “I think for the airport to contribute to keeping the helicopter in the valley year-round is a significant community asset. I hope I never have to use it.”

Commissioner Mark Barron said he was agnostic about the town’s request that it reapportion the $320,000, though he later voted in favor of doing so.

“I think the town’s position is an interesting one, and I look forward to the resolution,” he said, “but I don’t feel like we need to take any additional action today.”

Gingery confirmed that the town could proceed with a “no” vote, since it had already approved the airport’s budget and the budget had not materially changed.

The town did not add to or subtract from the airport’s $74.9 million budget when it made the two amendments in May, but rather asked its staff and board to reassign the money from other pots of their choosing.

National Parks Conservation Association staffer Sharon Mader spoke up at the county meeting, encouraging the commissioners to support the disaster and lobbying funding.

“I think there are some very significant potential costs involved in search-and-rescue and wildfire catastrophes that could be caused by a crashed heli-tour aircraft,” Mader said, “and I do believe that legislation is required to address this issue for Teton County.”

The Jackson Hole community came out in force to criticize the idea of adding an aerial sightseeing business and routine helicopter clatter to the valley, opposition that carried over to the airport’s board of directors and the airport’s landlord, Grand Teton National Park.

But after putting the decision off for nearly two years, the board unanimously approved Wind River Air’s bid to comply with Federal Aviation Administration regulations and not jeopardize tens of millions of dollars of federal grant money.

Jim Olsen. Paying for damage that the business has not caused? Perhaps the airport or the community would have recourse to seek reimbursement from the business IF they cause damage. Requiring an insurance bond or even including the airport or the town as additional insured on the policy may be reasonable. Forcing a business to pay costs of damage in case it occurs would be a dangerous precedent.

What?!.......Wouldn't one expect that cost of $250,000 to be borne by any business that could potentially cause an expensive rescue or fire? That is massive socialism for just one company. I think socialism has it's merits but not when it is applied to a capitalist, anti environmental, socially unacceptable entity. That cost should be factored into the "business plan" of Wind River Aviation. They, and their customers should be paying for it!

The business should be expected to cover costs for damage that they have not caused? Perhaps the airport or community would have recourse to recover costs due to damage or emergency services IF that business caused such an event. It may be reasonable to require a bond or to have the airport or community added as additional insured on the policy but preemptive charges for damage that MIGHT occur is a dangerous precedent.