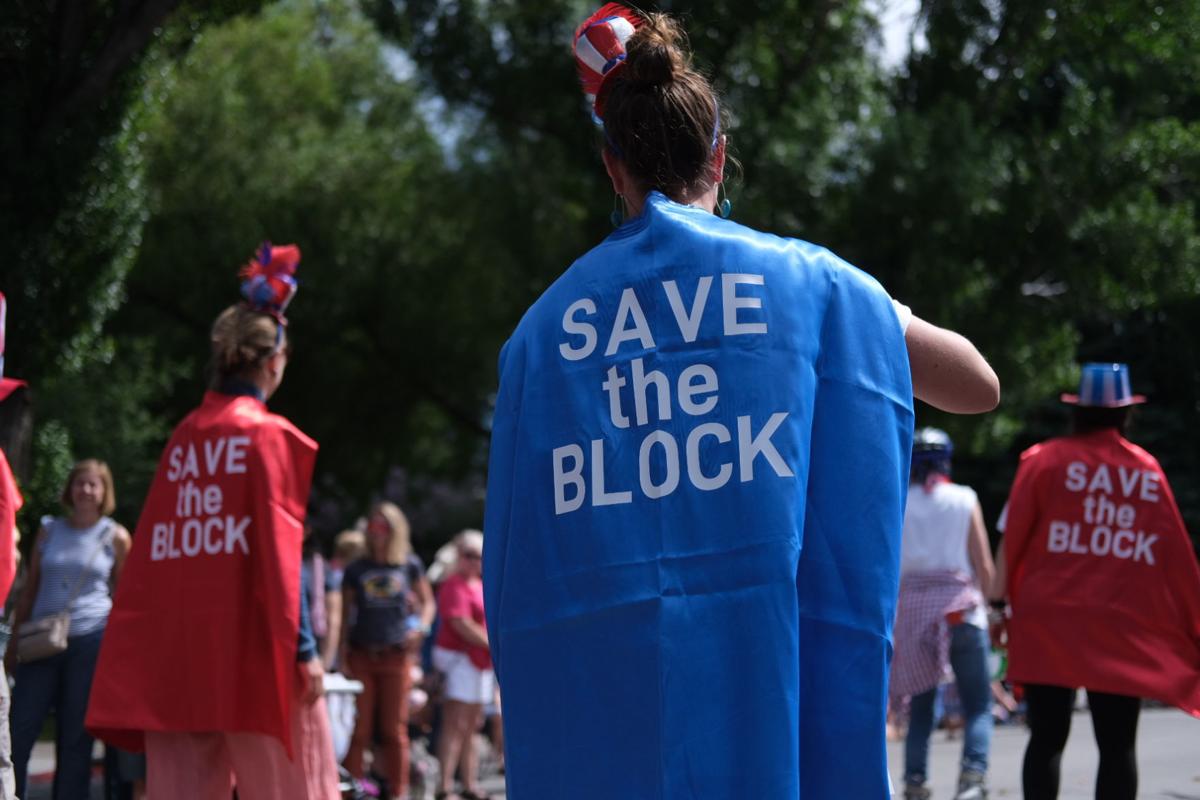 People march in support of the Save the Block campaign during the Fourth of July parade on Broadway. The group met their fundraising goal Thursday. 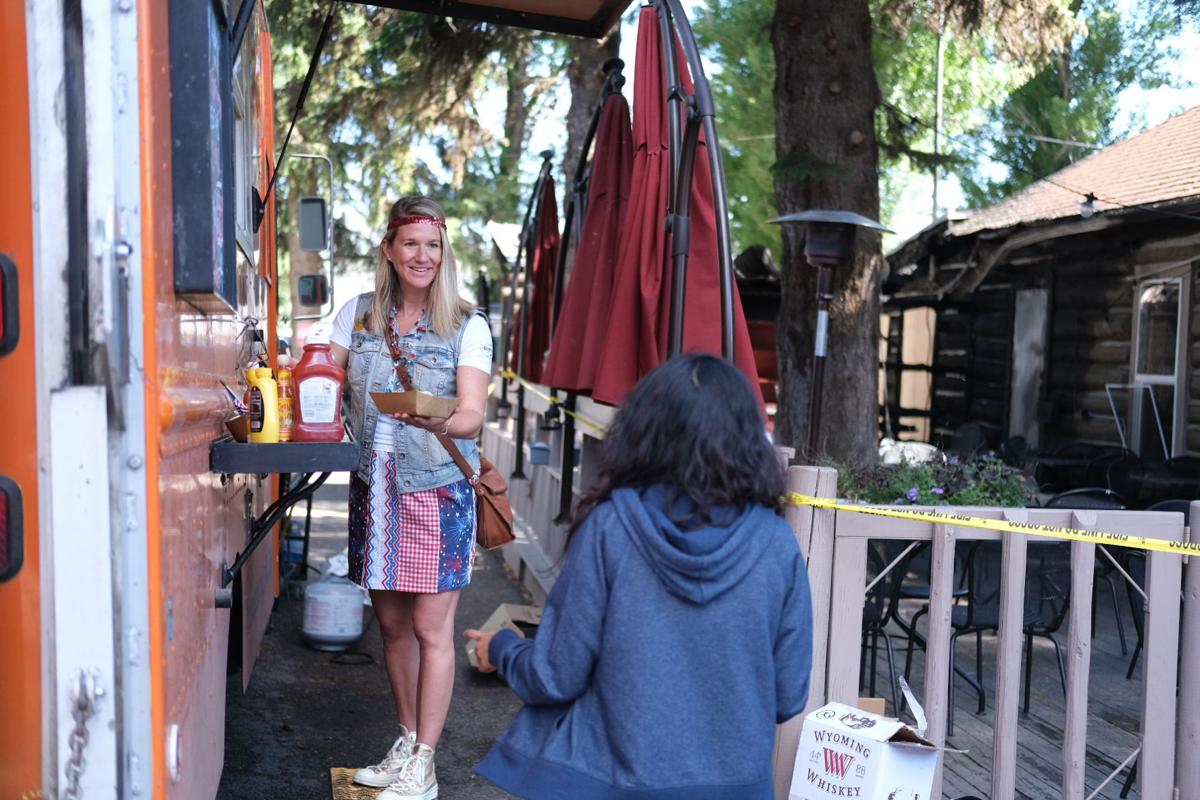 People march in support of the Save the Block campaign during the Fourth of July parade on Broadway. The group met their fundraising goal Thursday.

The finish line is in sight for a campaign to preserve a historic downtown block, Jackson Hole Land Trust President Laurie Andrews said.

"We can see it from here!" she said. "We are charging toward the finish line with $2.5 million left to raise, and that's incredibly exciting for us."

Aiming to save the historic buildings and community green space the downtown block offers, the nonprofit is in the midst of a campaign to raise $7.5 million by Aug. 4 to protect the block from a hotel redevelopment.

"We've now been able to get it down to, we'll be going into our last challenge, which is the finish line, which is amazing," Andrews said.

To celebrate, the Land Trust launched a Fourth of July float in the annual parade. "Superheroes" in "Save the Block" capes waved flags and beat drums as Bon Jovi's "Livin' on a Prayer" blasted from a VW Bus. Majorette Julie Guttormson twirled and tossed her baton high into the air. Supporters cheered, looking on from a viewing party at the 135 Broadway Ave. block featuring a barbecue and bloody marys.

Alongside the green space, Persephone sold pastries while Cafe Genevieve served mac and cheese from its catering truck, despite a Tuesday fire that wrecked the restaurant's kitchen.

After a pending sale of the block threatened to bulldoze the buildings, an anonymous family stepped up to put the property under contract. But the family does not plan to develop or steward the land long term. Rather, the goal is to come up with a plan that achieves preservation of what the community cherishes about the land — its green space and historical character — while recouping the costs of the $22 million total purchase price.

Under the proposal, each of the three historic cabins would be separated into its own individual lot and placed under a historic preservation easement, a first for the valley. The easements would protect the structures in perpetuity. They also would protect the facades and green space surrounding the buildings and require their maintenance. Individual philanthropic investors would be sought to purchase and steward each cabin property, and the fundraising effort would help cover the cost of the easements.

The Land Trust is also fundraising to permanently protect the surrounding green space. The trust hopes to purchase green space easements on the area between Persephone and Healthy Being Juicery, as well as the eastern half of the Deloney-facing land. A proposed rezone will increase development potential on the northwest corner of the block and potentially be sold, to help recoup purchase costs.

Recently, the Jackson Hole Historical Society and Museum has expressed interest in relocating its historic cabins from Mercill Avenue to the block, possibly paid for by a specific purpose excise tax.

Visit SaveTheBlock.org to learn how to donate to the project.