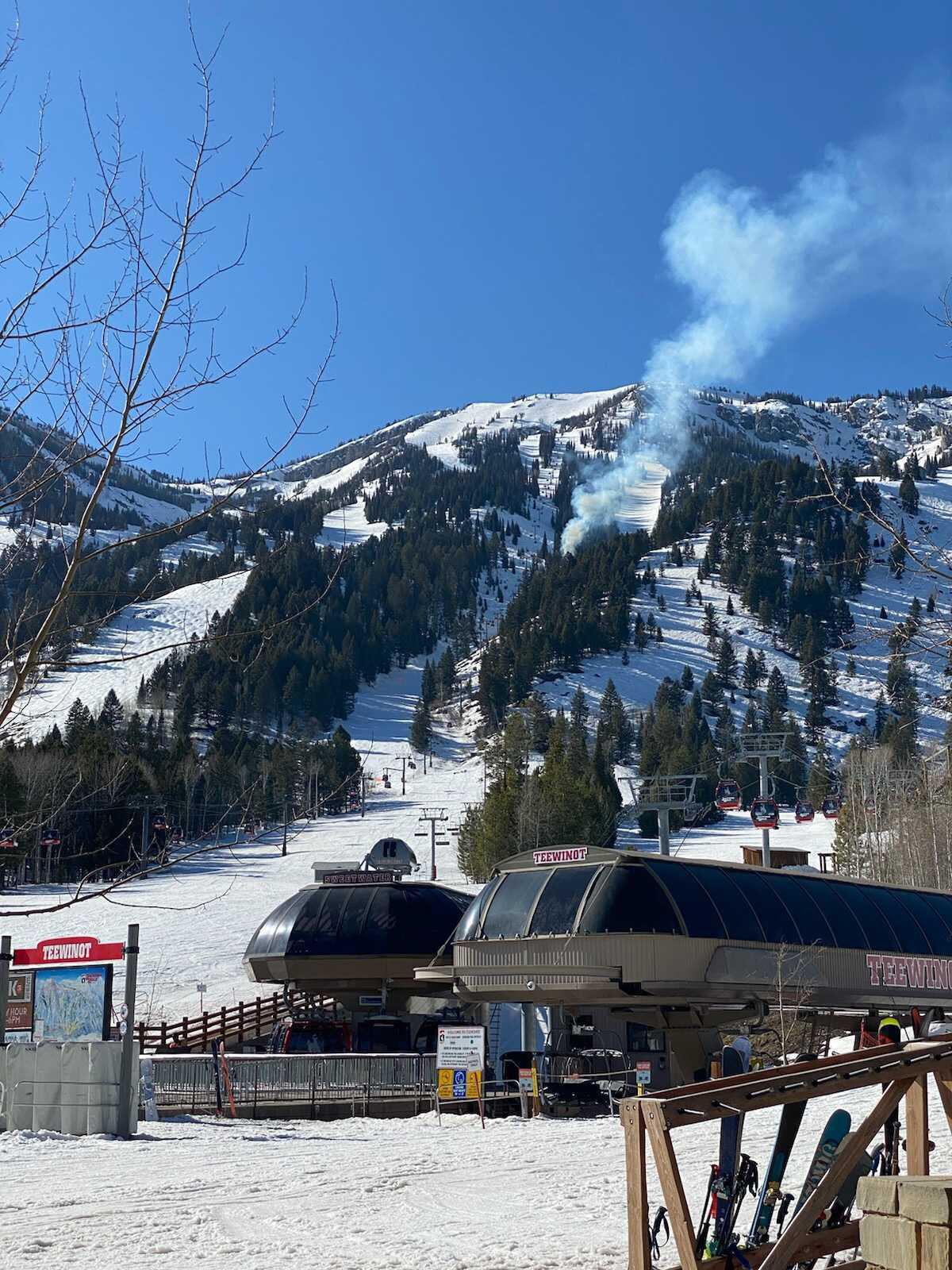 Smoke billows from the trees near the Sundance run Thursday afternoon at Jackson Hole Mountain Resort. 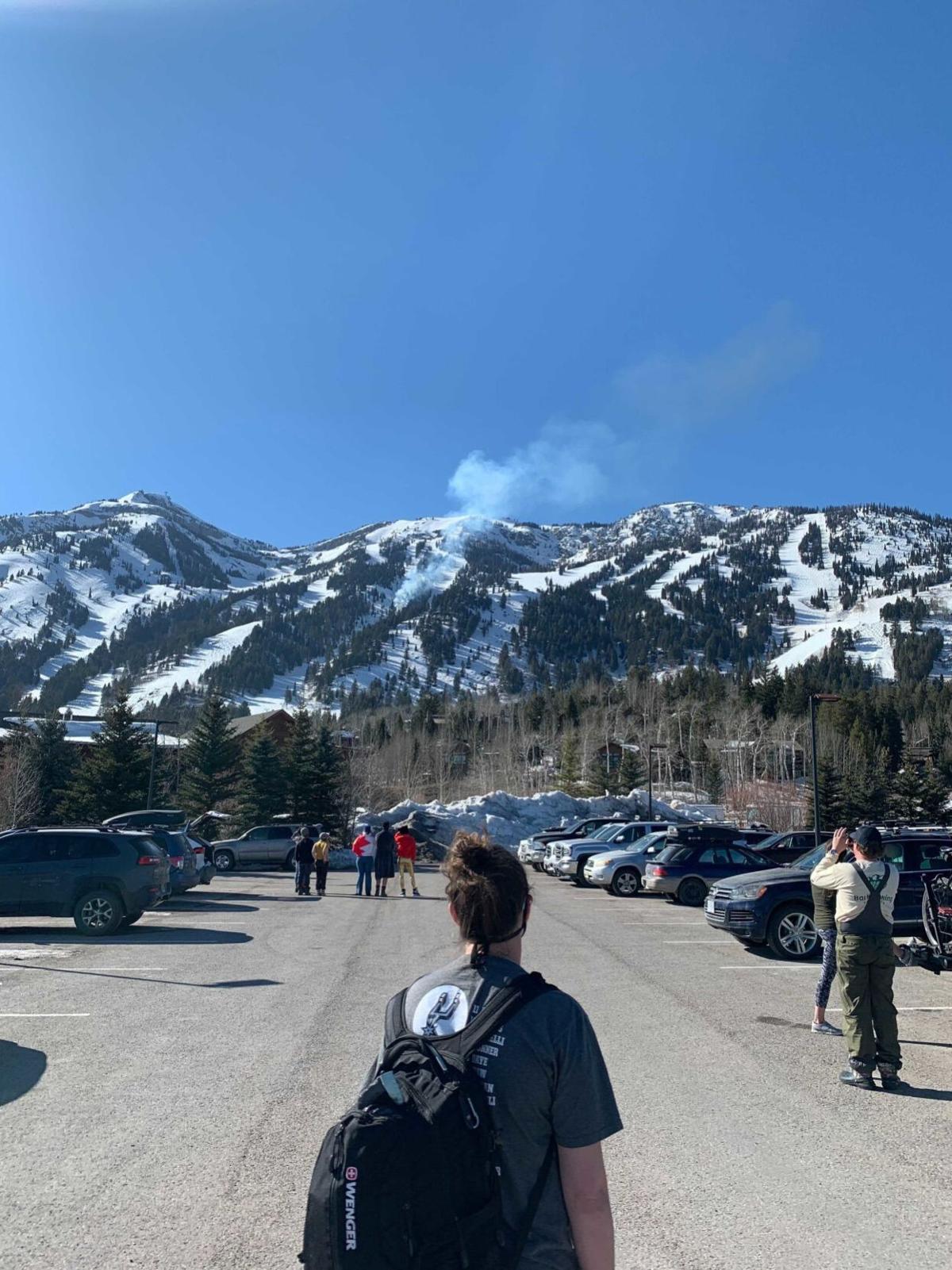 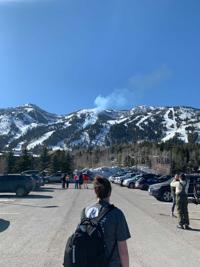 Bystanders in the parking lot watch as smoke pours from the trees near Sundance at Jackson Hole Mountain Resort on Thursday.

Smoke billows from the trees near the Sundance run Thursday afternoon at Jackson Hole Mountain Resort.

Bystanders in the parking lot watch as smoke pours from the trees near Sundance at Jackson Hole Mountain Resort on Thursday.

UPDATE, 5:23 p.m.: As quickly as it began, the fire whose smoke dominated the skyline near Jackson Hole Mountain Resort this afternoon has been put out. Resort spokeswoman Anna Cole told the News&Guide the blaze had been extinguished, putting an end to one of the more dangerous Gaper Day moments in recent memory.

ORIGINAL STORY, 5:16 P.M.: There is a fire burning at Jackson Hole Mountain Resort, about an hour after the lifts stopped spinning for Gaper Day 2021.

Resort spokeswoman Anna Cole told the News&Guide that a stand of downed trees was burning near the Sundance run under the Bridger Gondola shortly after 5 p.m., and pictures from the scene showed a plume of smoke rising from that area.

The cause is uncertain, Cole and Jackson Hole Fire/EMS Chief Brady Hansen said.

Cole said the fire is more or less contained and that on-mountain staff will try to put it out completely this evening.

Hansen said Fire Marshall Kathy Clay was on scene looking to investigate the cause - and that the snow on the ground reduced the risk of spread.