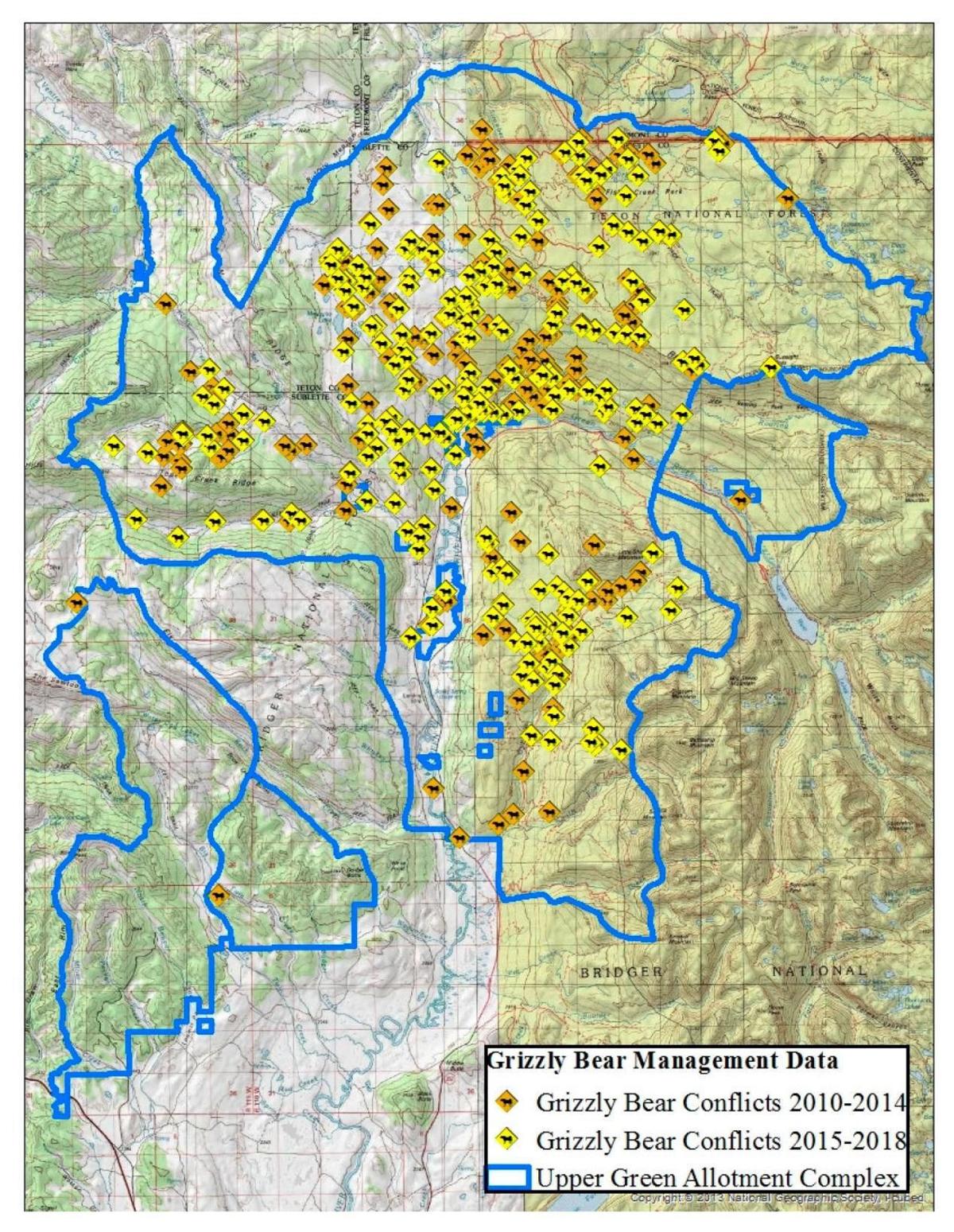 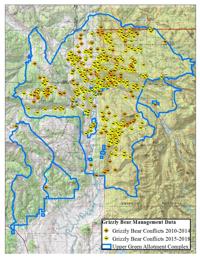 The Upper Green River livestock allotments have been the source of chronic conflict between cattle and grizzlies, illustrated here. A Bridger-Teton National Forest reauthorization of the grazing plans could cause the death of up to 72  grizzly bears was litigated, and the case will be decided in Wyoming. 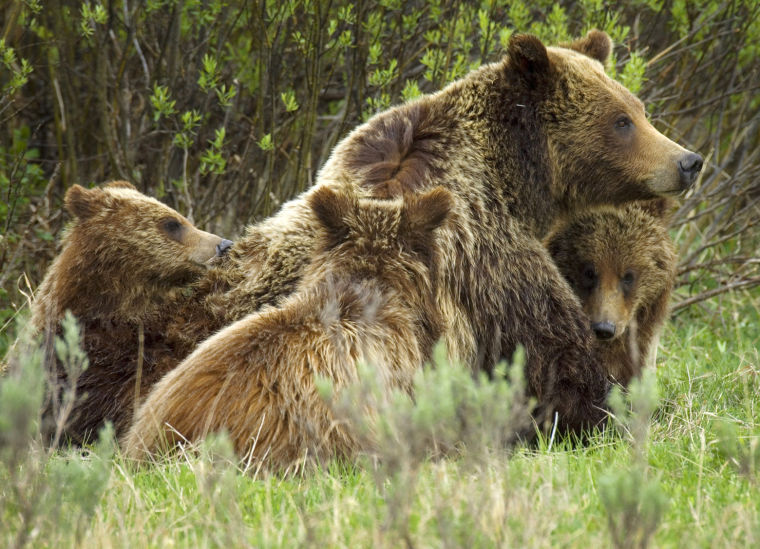 Grizzly bear 587, one of the three cubs born to grizzly 399 shown this image, is among the dozens of grizzly bears that have been killed in the Upper Green River drainage as a result of cattle conflict.

The Upper Green River livestock allotments have been the source of chronic conflict between cattle and grizzlies, illustrated here. A Bridger-Teton National Forest reauthorization of the grazing plans could cause the death of up to 72  grizzly bears was litigated, and the case will be decided in Wyoming.

Grizzly bear 587, one of the three cubs born to grizzly 399 shown this image, is among the dozens of grizzly bears that have been killed in the Upper Green River drainage as a result of cattle conflict.

A legal spat that will determine whether wildlife managers can dispatch cattle-killing grizzly bears in the Bridger-Teton National Forest’s Upper Green River area will now be decided in Wyoming.

Intervenors in a case that pits environmental advocacy groups against the U.S. Fish and Wildlife Service asked U.S. District Court Judge Amit Mehta whether he would transfer the complaint from his Washington, D.C., courtroom to the U.S. District Court in Wyoming. Last week Mehta granted that request.

“Plaintiffs attempt to nationalize the controversy here, asserting that it involves a threatened species, the grizzly bear, that is protected under the Endangered Species Act,” Mehta wrote in a Nov. 28 order. “But, as defendants correctly point out, the mere fact that a case involves a protected species does not transform a local controversy into one of national significance.

“Though involving a threatened species,” the judge concluded, “this case is decidedly a more local controversy than a national one.”

The transfer to a Wyoming court that tends to lean more conservative is a second blow to the Center for Biological Diversity, Sierra Club and Western Watersheds Project, Alliance for the Wild Rockies and Yellowstone to Uintas Connection, whose separate cases against the federal government were consolidated.

This past spring, an injunction that sought a prohibition on killing depredating grizzlies also failed when Mehta denied the groups’ request.

The Bridger-Teton’s decision to reauthorize mostly business-as-usual cattle grazing on 170,000 acres of the Upper Green and Gros Ventre river watersheds sparked the litigation. In conjunction with the decision, Fish and Wildlife OK’d up to 72 grizzly bears being “incidentally taken” — killed — over the following decade in a document called a “biological opinion.”

Environmental groups argued that conflict-mitigation measures federal wildlife officials recommended to keep grizzlies alive, but that they did not require, were inadequate.

Attorneys for the defendants cheered the news that the case had been transferred to the U.S. District Court of Wyoming, where Judge Nancy Freudenthal will hear the case.

“A judge in Wyoming is going to have a better understanding of the viability and culture around the grizzly bears and the ranching concerns,” said Zhonette Brown, general counsel for the Mountain States Legal Foundation, which intervened on behalf of the Upper Green River Cattleman’s Association. “The judge in D.C. I very much respect for acknowledging that judges in D.C. don’t have any special expertise in this area.”

The plaintiffs, at this juncture, are awaiting word on motions they’ve filed to complete the administrative record. Only documents the courts have accepted into the record can be cited as the case progresses, and plaintiffs are seeking the inclusion of notes from meetings about development of the biological opinion, which were acquired via the Freedom of Information Act.

“We need a ruling on those before we can move forward,” said Center for Biological Diversity attorney Andrea Zaccardi, a Victor, Idaho, resident.

Asked about the transfer of courts, Zaccardi circled back to the biological opinion authorizing up to 72 grizzlies be killed, which she said is flawed.

“It’s a different venue, but our claims are strong,” Zaccardi said, “and we don’t expect the outcome to be any different.”