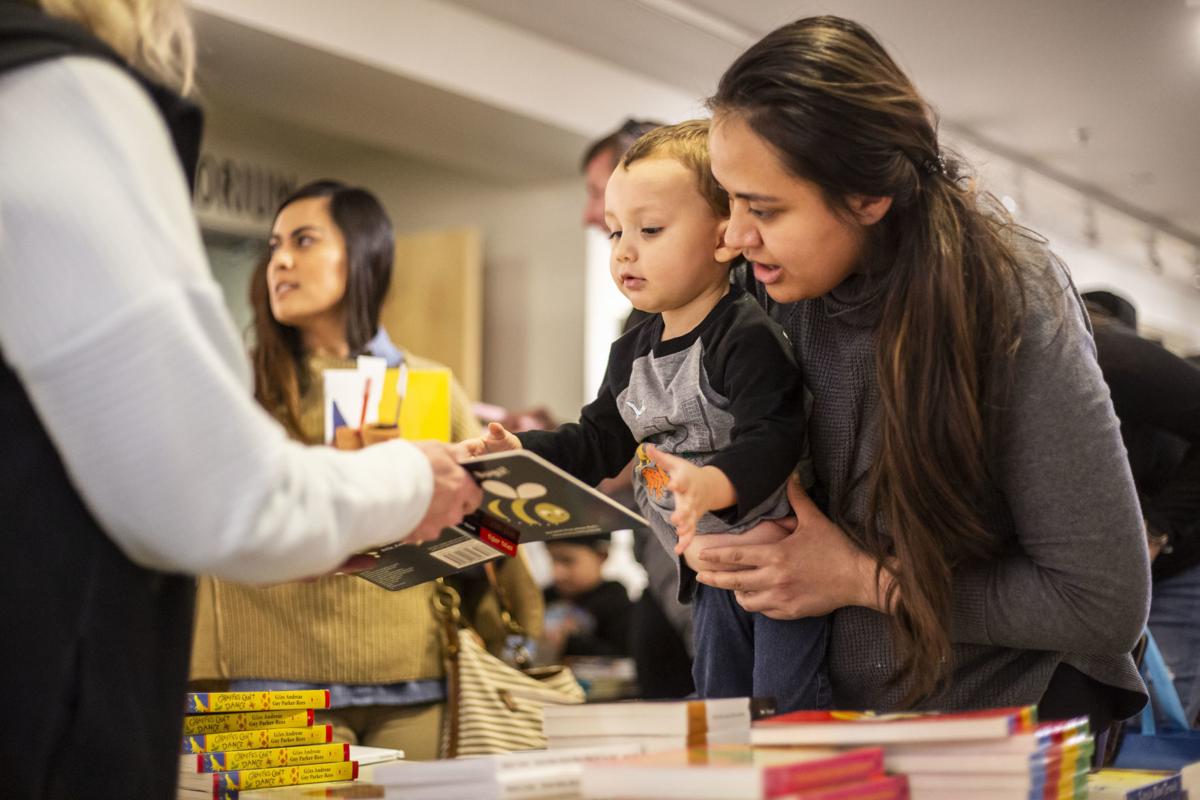 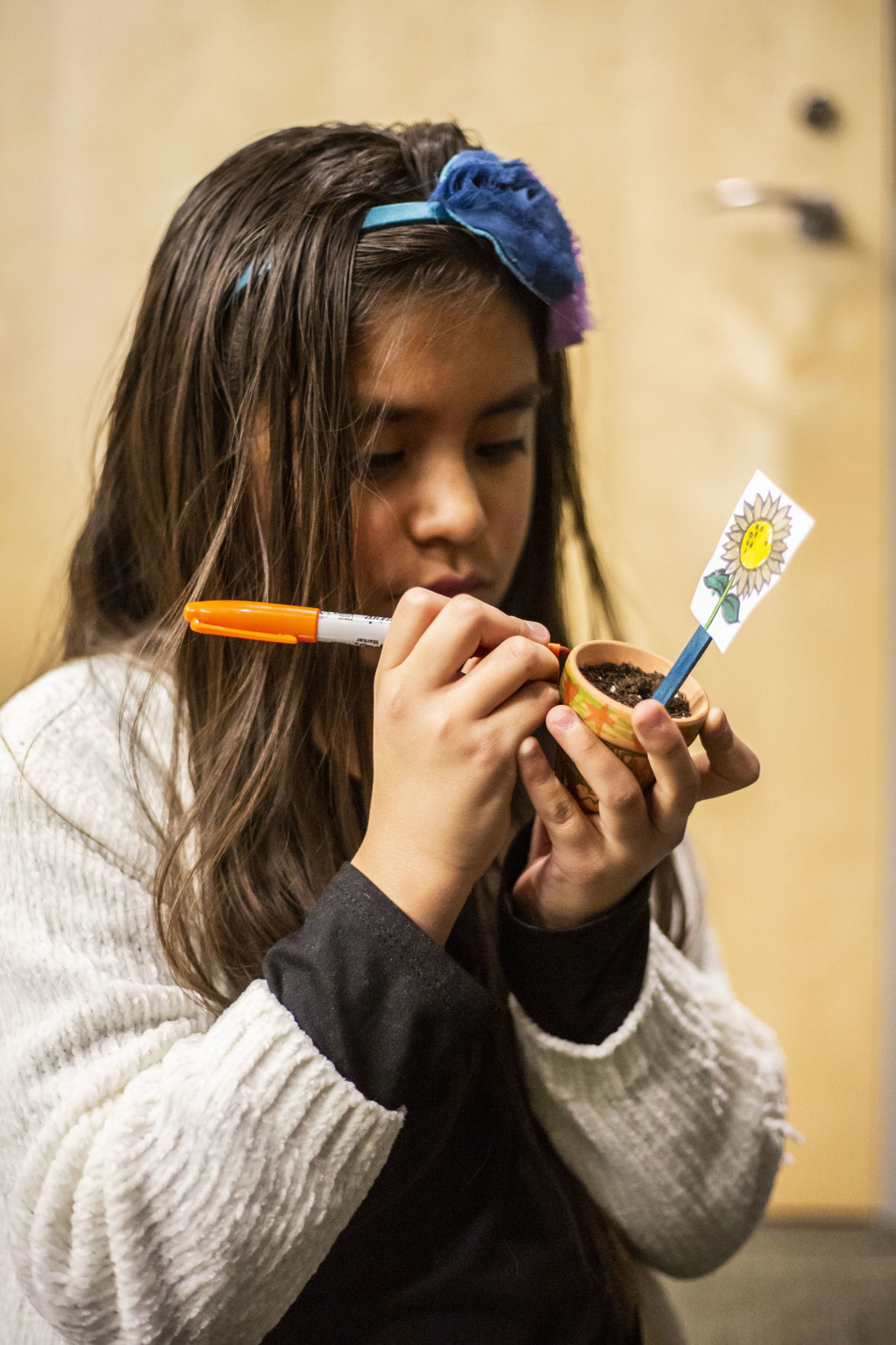 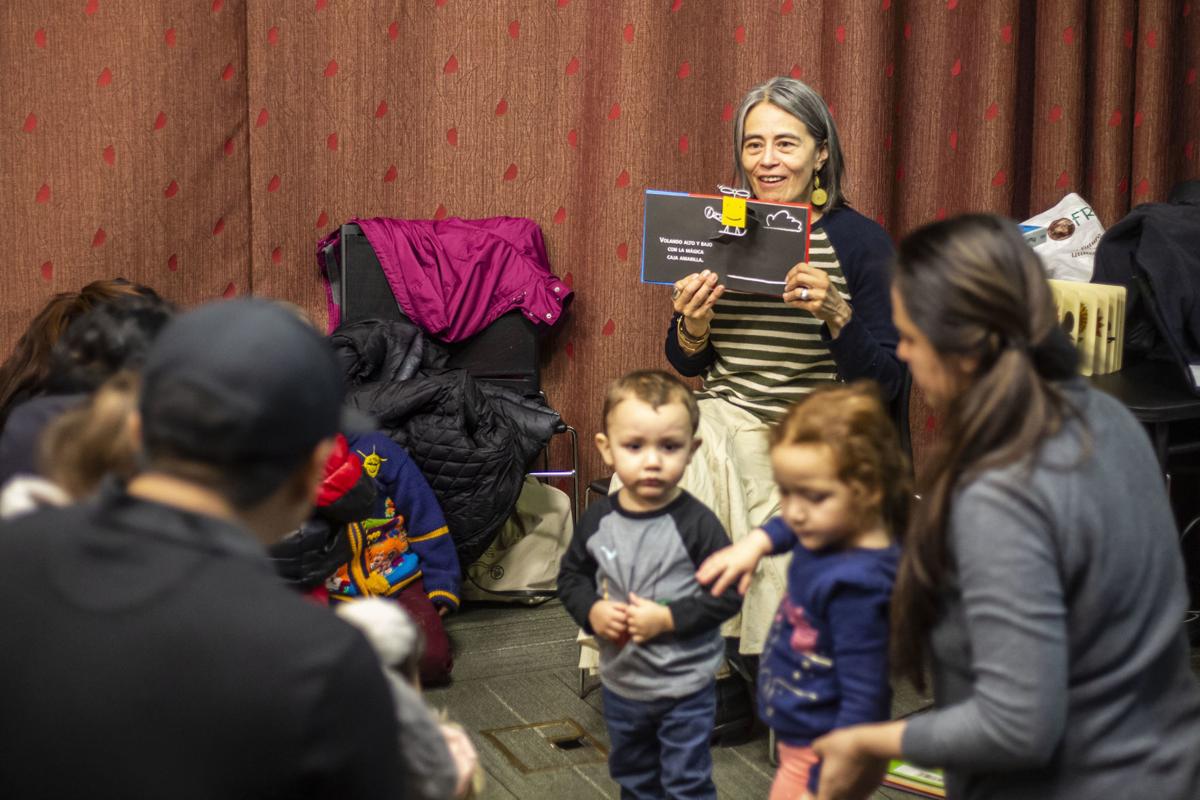 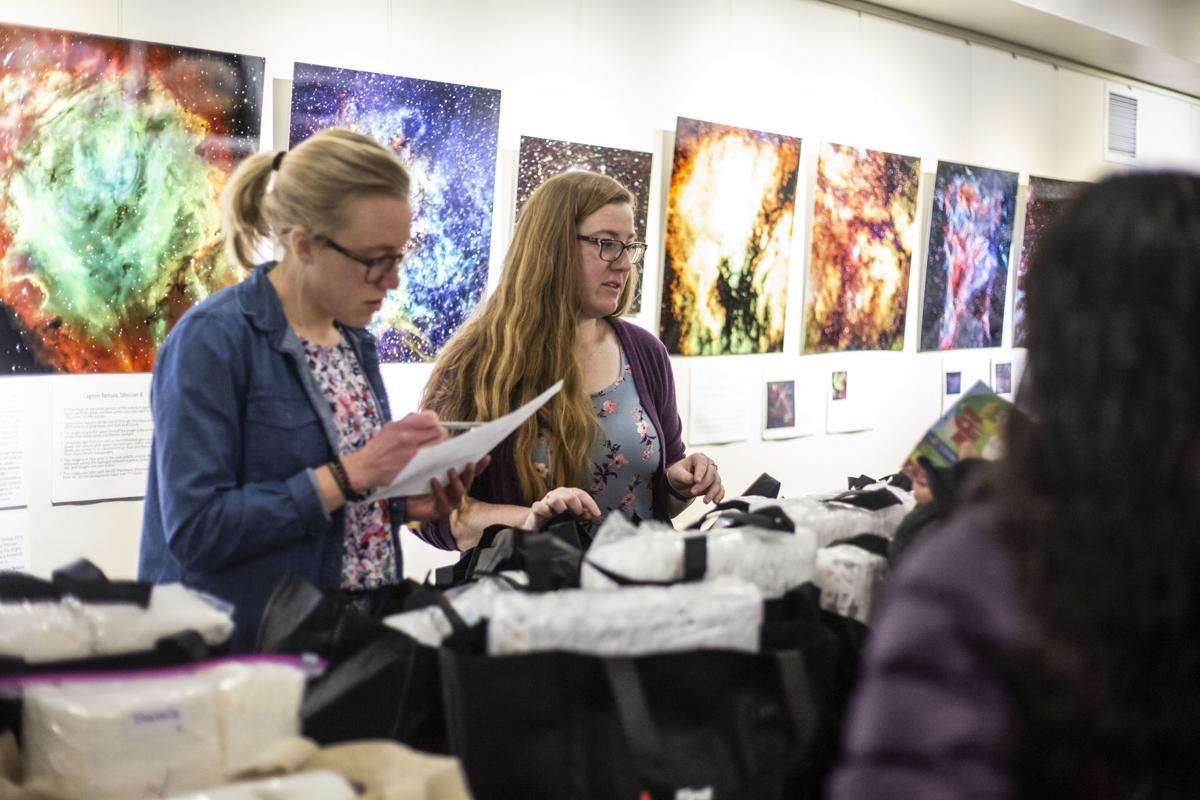 What do diapers and books have in common?

Parents strapped for cash often must choose between the two, and the two paper products were the main items distributed at a community baby shower last week.

The shower was hosted by Elks Lodge No. 1713 at Teton County Library. Made possible by a grant to benefit childhood literacy, the festive evening included activities for kids. The Elks partnered with the library, Teton Literacy Center, Early Head Start, Hole Food Rescue and Daughters of the American Revolution for the evening of service.

Teton Literacy Center kicked off the event with a discussion on the importance of early childhood literacy.

According to ReadAloud.org, by age 4 some children will have heard 30 million fewer words than their peers.

Teton Literacy Center staffers encouraged parents to read aloud to their kids, even if only for 15 minutes a day. The Literacy Center also had advice about how parents can find time to build their child’s vocabulary.

“Read together as much as you can and make it fun,” said Kate Roberts, Teton Literacy Center’s early literacy coordinator. “Talk about things that you go do if you can’t read. If you went to a movie, talk about that together.”

Following the presentation, the room full of energetic tots had their chance to listen to stories, make crafts, or, the most popular option, pick out a book of their own to take home. Early Head Start Director Lety Liera was happy to see the children excited about reading.

“It was hilarious because the kids were fighting over books,” Liera said. “There were kids literally jumping out of happiness because they were getting a book that they had read in class or at the Teton Literacy Center. So that’s when you know the books are going to have a great impact, when they’re having fun with them.”

Fifty families enrolled in Early Head Start — a local program targeting childhood development in children 3 or younger — were invited to the event. It was a packed house of adorable kids and proud parents.

“It felt like a party,” Liera said. “Sometimes I think we are at risk of making people feel like, ‘Oh my God, you can’t even afford diapers,’ but I think they did a great job and it had a nice festive tone. Everyone was having fun.”

By providing diapers and books the community baby shower served to ease some of the financial burden on local families in need. Many families are forced to choose just one of these necessities, leaving low-income households without any books in the home. Robbie Farrow, an Elks trustee and author of the grant that funded the event, said she was proud of the impact it made.

“I thought it was really important that everybody got a brand-new book,” Farrow said. “I think it’s an important message that these kids are important and they’re worth it. They deserve brand-new books.”

While parts of the community may be unfamiliar with the Elks’ work, the organization remains a pillar of local community service in Jackson. Each year the Elks give out $10,000 in scholarships to students, veterans, adaptive athletes and needy youth. The event was particularly special for the Elks because it was the group’s first time receiving a Spotlight Grant.

“Literacy is critical to kids being able to benefit from their education,” Farrow said. “Sometimes families don’t have money left over for books, and I think they recognized how special the event was.”

The Elks host dozens of benefits each year, including a food booth at the Snowmobile Hill Climb next week that will raise funds for youth in need in Jackson.

“Having been a member of other similar types of organizations, one of the things that really stood out to me about this one, and it’s why I decided to become an Elk, is that Elks focus all of their efforts within their local community,” Farrow said.

“We’re happy to do it,” Jackson Elks Exalted Ruler Pete Kendzior said. “It makes us feel good to be nice.”