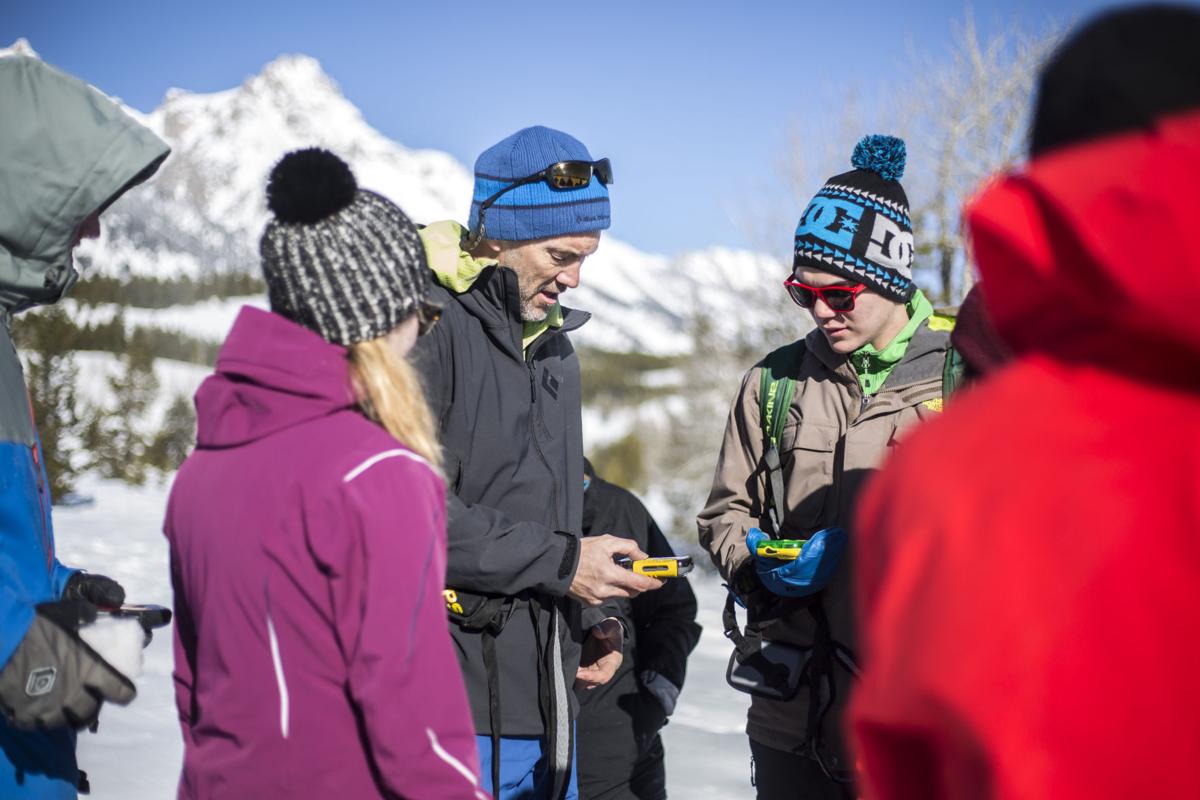 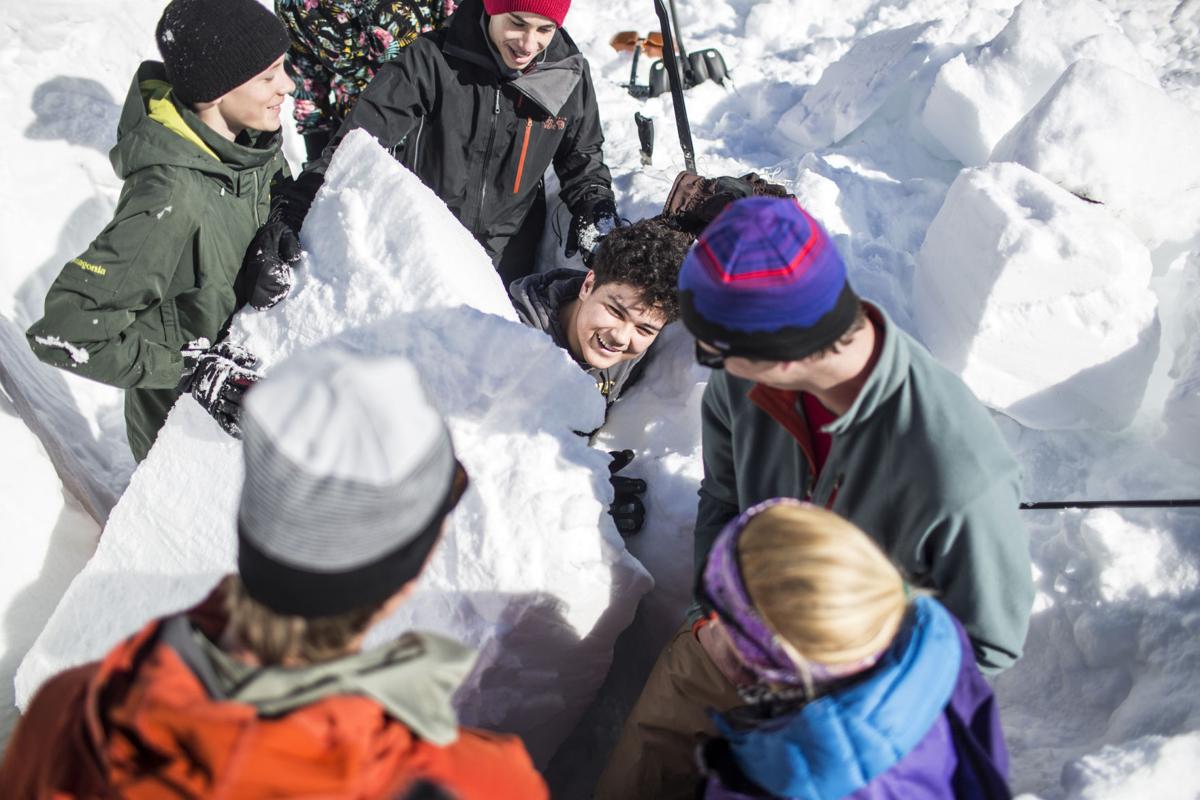 After performing an extended column test on a section of snowpack, students pull a heavy slab onto Kasen Arriola Monday, Feb. 13, in Grand Teton National Park. 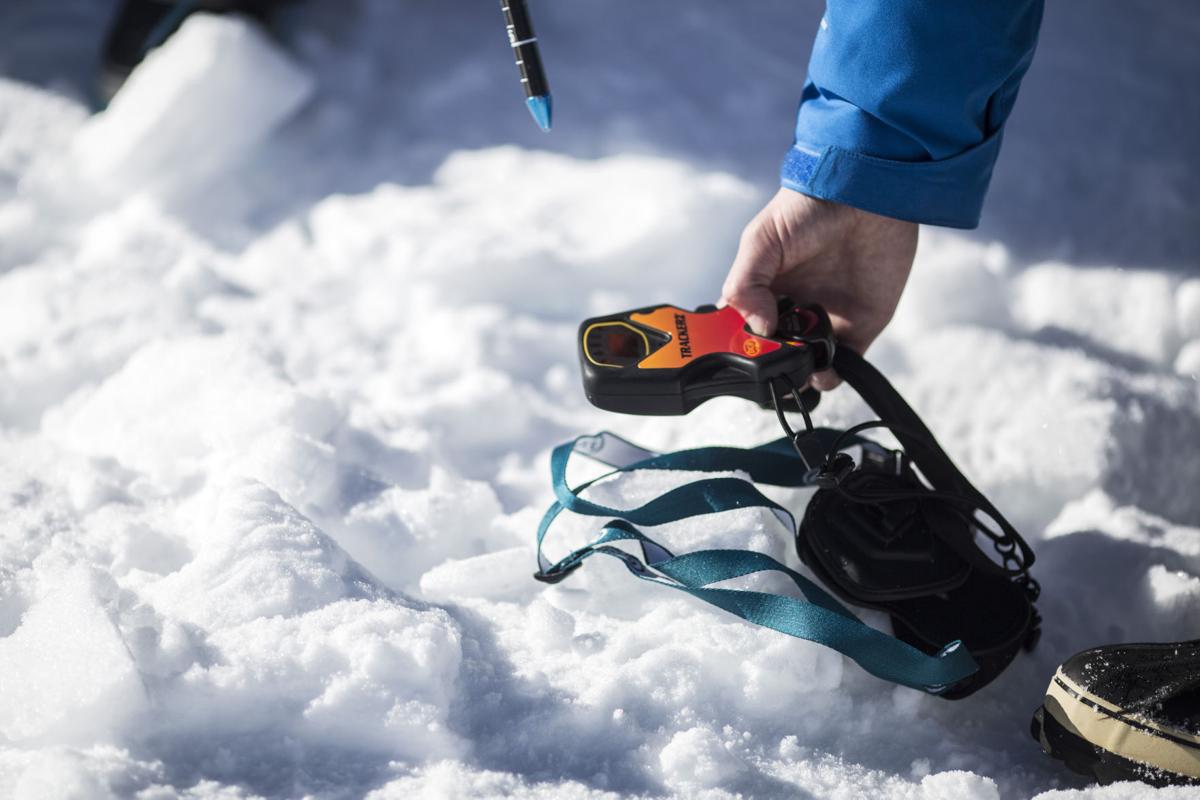 Probe at the ready, students search for a buried avalanche beacon during a Jackson Hole High School snow science field trip in February 2017. 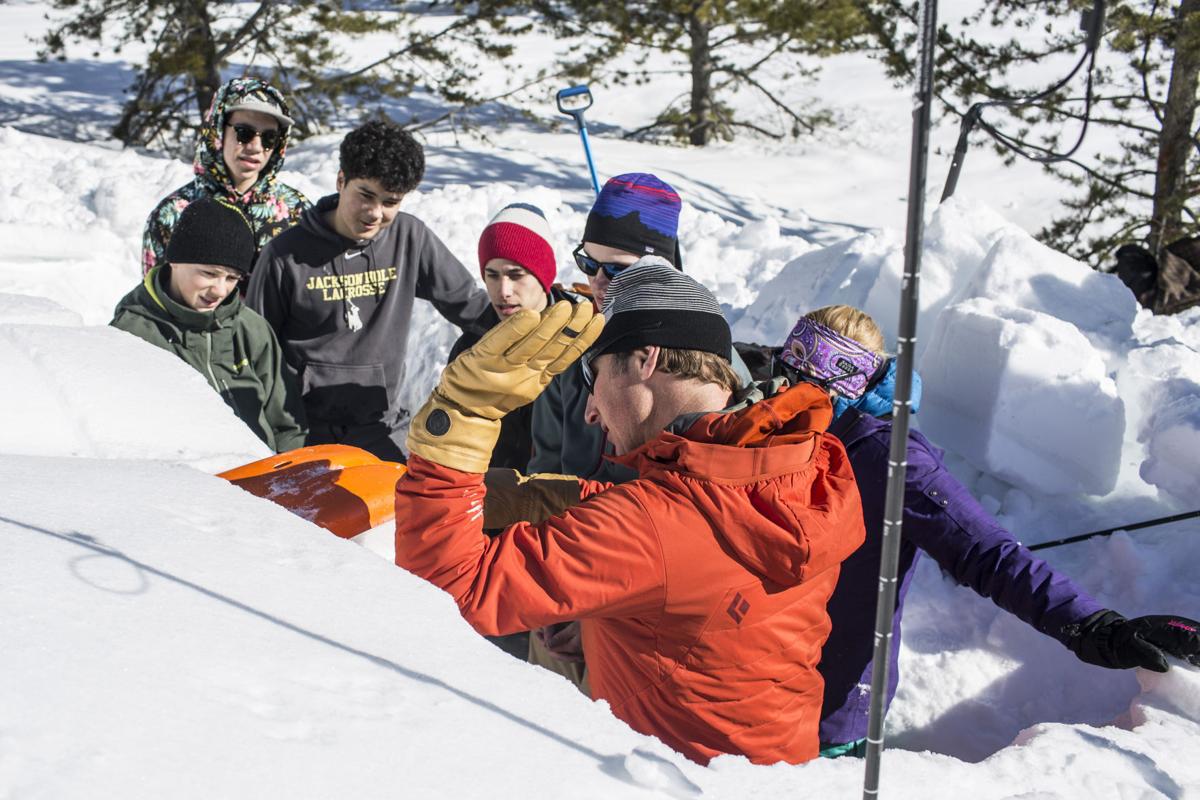 After performing an extended column test on a section of snowpack, students pull a heavy slab onto Kasen Arriola Monday, Feb. 13, in Grand Teton National Park.

Probe at the ready, students search for a buried avalanche beacon during a Jackson Hole High School snow science field trip in February 2017.

“I can’t breathe!” he screamed into the frosty morning air. “I’m suffocating! Help!”

Hart and his physics students were fine — just simulating an avalanche rescue with a buried backpack and beacon.

Nearly 100 high school seniors came out to the Bradley-Taggart trailhead Feb. 13 to put their classroom lessons on snow science and avalanche rescues to use. It was a brisk 8 degrees, but better than the sleet and wet slab avalanche danger that canceled the original field trip.

Arriola said he skied, but not in the backcountry yet. His mother, an avid backcountry skier, said no until he’s certified.

“This is definitely better than learning about centrifugal force,” said Adrienne Sugarman, 17. “It’s less stressful. And I’m not going to forget this after I take a test.”

Skier Daniel Tisi, 18, said the past few weeks “have been awesome.”

Sugarman said that while she’s never been in the backcountry, she and her family have practiced some skills skiing around their house when Jackson Hole Mountain Resort was closed.

Concerned parents were a theme. JoJo Gwilliam, 18, said she hopes to ski on Teton Pass after she finishes the curriculum.

“My mom is pretty strict about that,” she said.

Hart implemented the snow science portion of the physics curriculum one year after he started working for Teton County School District No. 1 14 years ago. He says it’s expanded over 13 years.

“It’s a good physics topic,” Hart said. “We talk about slope angles and forces. But it’s not your typical physics. It’s relevant physics.”

It’s also helpful for Hart to show his students that science isn’t always black and white.

“It’s easy to calculate the right answer with Newton’s Law,” he said. “But travel in the backcountry has so many variables. There are always some human influences that impact decisions. You’re always making inferences. We always start and finish the curriculum with the human factor.”

Hart, an avid skier and ice climber who guides during the summer, said “outdoor pursuits are the reason why I moved here.”

He knows his students often feel the same.

“It’s a part of life living in Jackson,” he said.

In the classroom students spent roughly three weeks talking about snow science and other basics typically covered in an Avalanche Level 1 class. They discussed wind loading, the types of avalanches and important decision-making factors. They pored over maps of Teton Pass and other backcountry spots.

Back in the field a variety of experts including some from Exum Mountain Guides and Jackson Hole Mountain Guides, were on-site to assist with burying beacons and digging snow pits.

While some students practiced companion rescues, others put their strong arms to use and dug snow pits down to the ground — around 145 centimeters — to do stability tests.

It’s hard enough to shovel heavy snow. It’s even harder when a thick rain crust sits on top. But the students prevailed.

Deighton, a former Exum guide who’s worked with the American Avalanche Institute, and Hart have played integral roles in bringing the snow science curriculum to eighth-graders as well as high schoolers.

“That’s one of the strengths of this program, and I’m not aware of a public school that does exactly this,” Deighton said.

A survey last year of local eighth-graders showed that 53 percent have been in avalanche terrain without proper gear or knowledge.

“It feels like it’s really needed with seniors,” Deighton said. “But clearly it’s also needed more comprehensively, earlier. Five years ago, kids didn’t really see how it pertained to them. But avalanches don’t just impact skiers, they affect all of us.”

Deighton said that after the recent slides on Spring Gulch Road and Highway 89 just north of town, the curriculum seemed even more meaningful.

“You don’t normally hear kids saying ‘This is so relevant’ in high school,” he said.

Deighton quizzed students in his pit about the number of layers they saw and which seemed weak. He asked them when certain slopes would be better, and safer, to ski. He also supervised extended column tests as the students looked for weak layers to break off.

Even with the emphasis on rescue situations, Hart made sure to reiterate that safe travel protocols and smart terrain decisions should keep students from ever being in the scenarios practiced.

It’s rewarding for Hart to get feedback from previous students who put the knowledge they learn in class into practice.