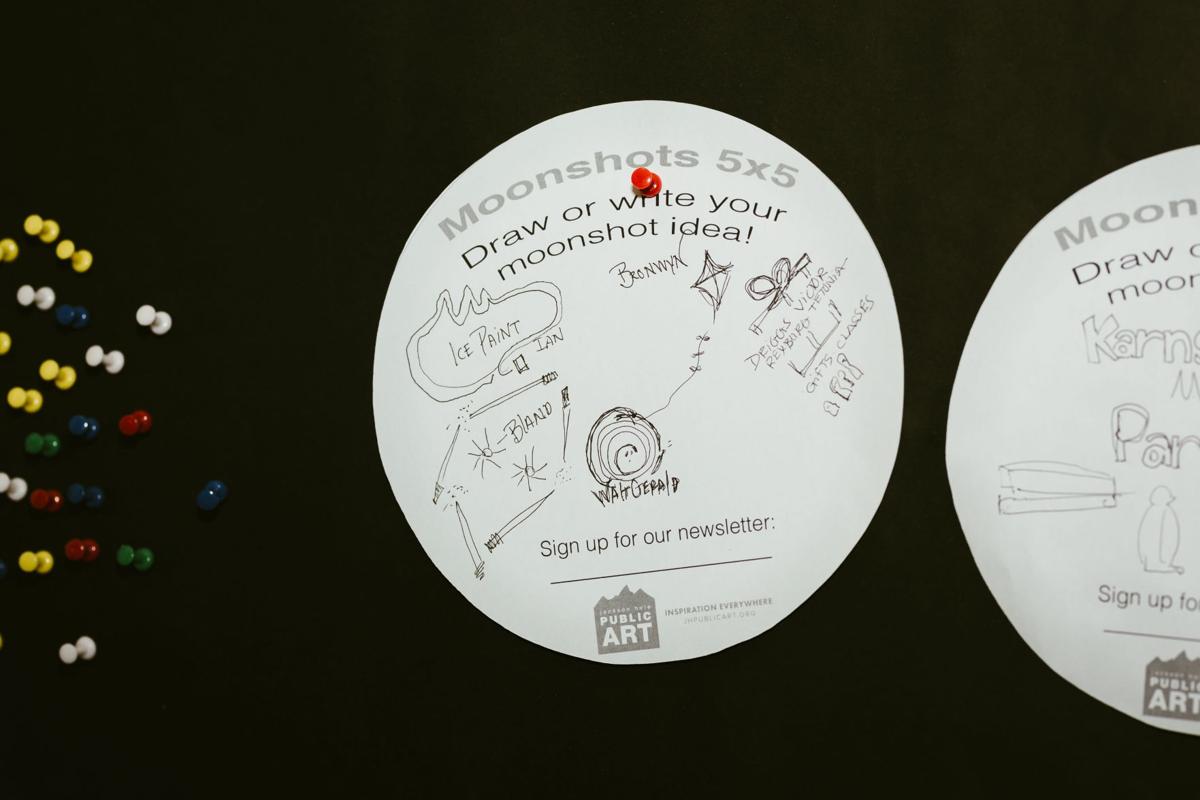 Rough sketch renditions of the five artists’ “moonshot” ideas are designed to link the public to art through participatory installations. 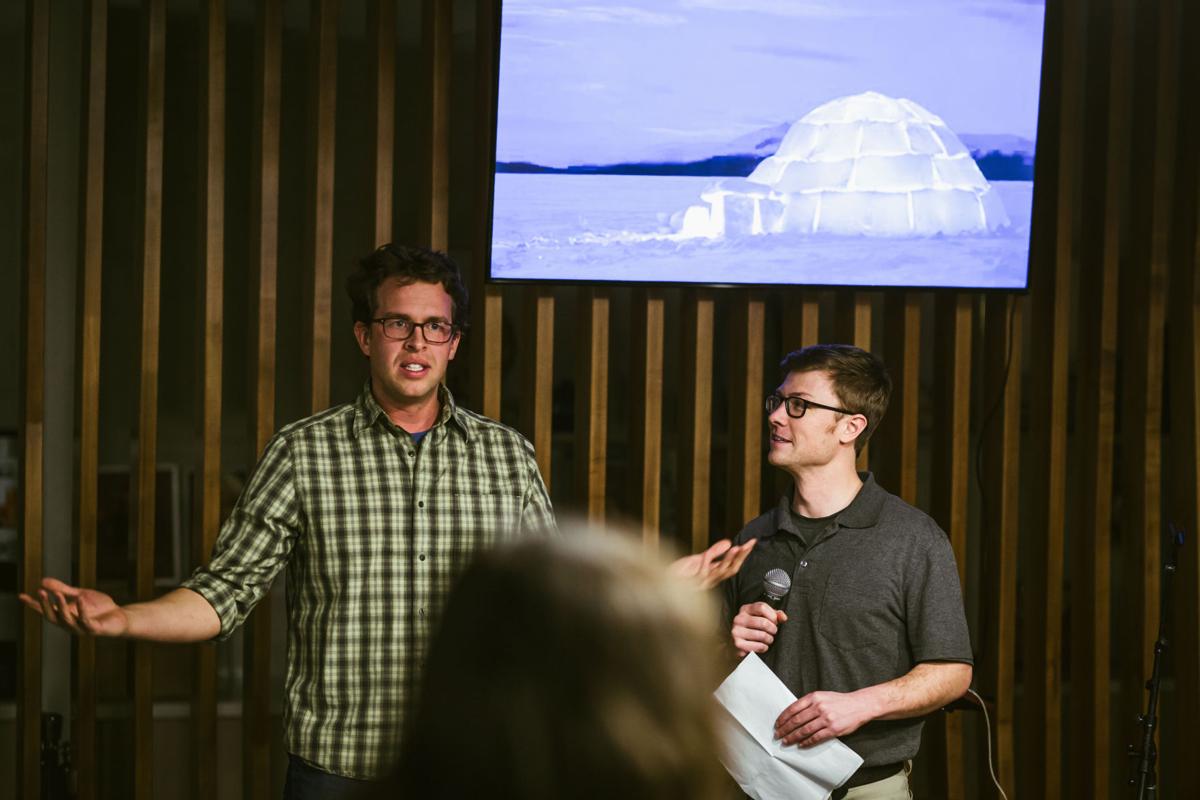 Ian McGregor and Cal Brackin discuss the possibility of designing “ice ribbon” as a form of public art in Jackson. After the elaborate ribbons were laid down on the ground they could be paths for ice skaters, he said. 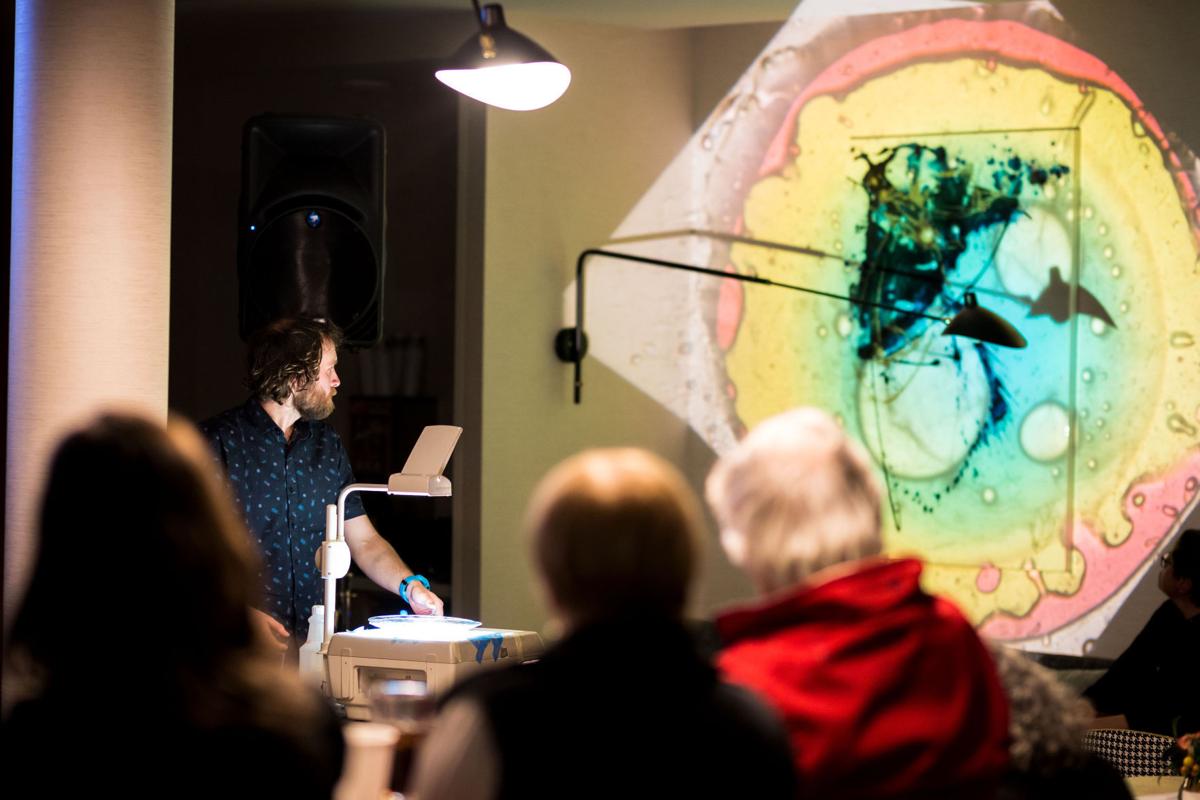 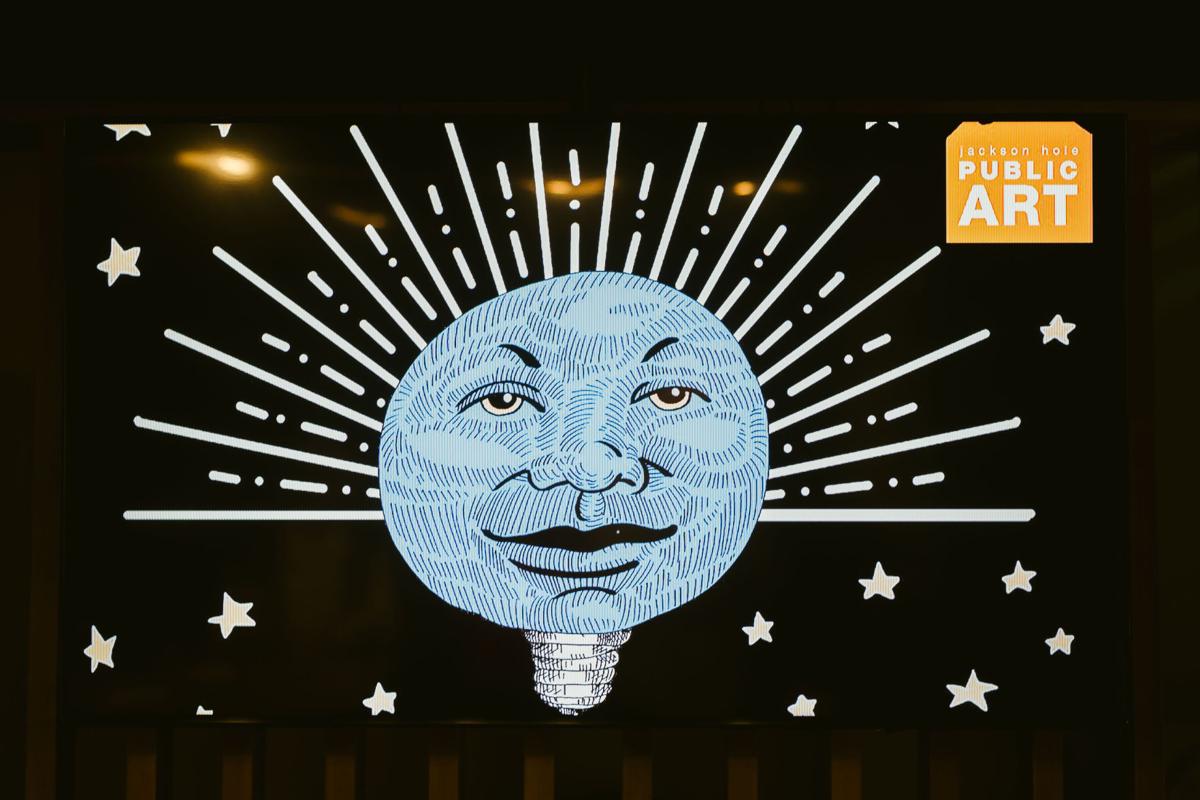 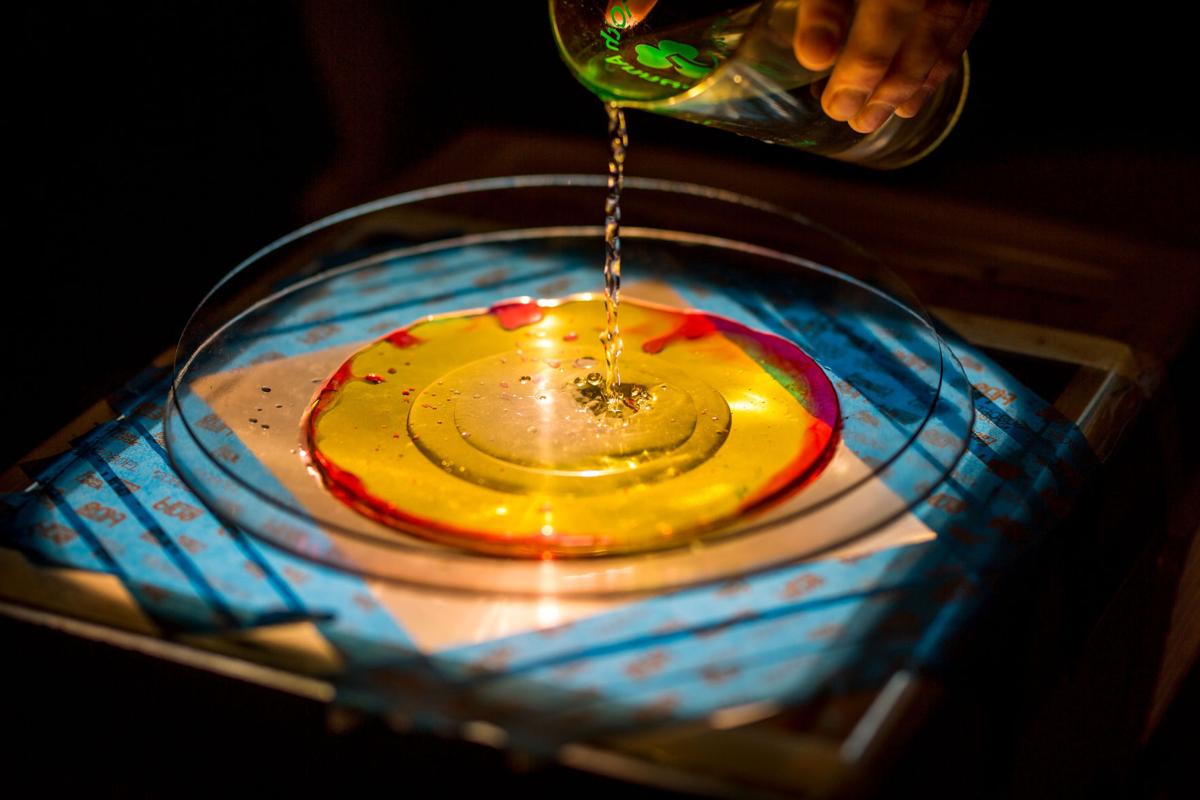 Rough sketch renditions of the five artists’ “moonshot” ideas are designed to link the public to art through participatory installations.

Ian McGregor and Cal Brackin discuss the possibility of designing “ice ribbon” as a form of public art in Jackson. After the elaborate ribbons were laid down on the ground they could be paths for ice skaters, he said.

Instead of narrowing it down, Reistad presented all her ambitious concepts at the evening hosted by Jackson Hole Public Art, which solicited ideas from artists on the future of public art in Jackson.

“I found myself between a rock and hard place,” Reistad told the audience at the beginning of her talk. “There’s a large disconnect between social impact and art.”

Her ideas dealt with bridging that gap: an art exchange with neighboring communities, a free arts festival geared toward children, a public meteor shower viewing platform, and a series of sculptures dealing with the presence of U.S. Immigration and Customs Enforcement in Jackson.

“We could construct sculptures with local materials that represent people that have been taken from our community,” Reistad said. “Make them mobile to reach different parts of the community so we all understand the scope of the problem.”

Reistad was one of five speakers at Wednesday evening’s event. The creatives had five minutes and five PowerPoint slides to present their biggest, boldest ideas. It didn’t matter if the idea was rooted in reality. The idea was, figuratively, to shoot for the moon.

“These are ambitious public art ideas that challenge our idea of public art in Jackson Hole,” Cal Brackin, project manager for Jackson Hole Public Art and master of ceremonies for the evening, told the audience gathered at the Springhill Suites by Marriott. “We’re going to hear some wild ideas that might take root and take off someday.”

The five speakers were: Reistad, Bronwyn Minton, Ian McGregor, Bland Hoke and Walt Gerald. They had ideas that ranged from innovative ice rinks to, in Gerald’s case, an entire festival built around light as art.

“It just seemed like a unique opportunity to talk about bigger ideas that are out of the scope than what I am usually doing day to day,” Gerald said about his participation.

He said he has been interested in light as art for years, stemming from his love of the band Phish, which employs elaborate light shows at concerts.

Last fall Gerald was in Joshua Tree National Park for an art festival, and when he returned Jackson had fully embraced winter. So he started thinking about light.

“My natural progression was to bring light into darkness of winter here,” he said.

His presentation included using snow, a highly sculptable and reflective medium, as a canvas for light displays.

Gerald’s idea was similar to Minton’s and McGregor’s in that it involved public participation, which is a key component of public art. McGregor, inspired by a water pump he had just received as a gift, wanted to make elaborate ice ribbons for people to skate on. Some could even be crafted into shapes, each its own work of art.

Minton, inspired by the Victorian era, proposed a day of kites and boats.

“I love what public art does, so I always think it’s interesting to get people to think really big,” Minton said about her idea. “Not just about a specific location but about what would be interesting or fun for people.”

As an artist Minton has a long history of working with or being inspired by the elements, and her idea last week was no different.

“Wind and air, an invisible force that combines two outdoor activities: kites and boats,” she said.

Bland Hoke focused on lasers and the mountains for his moonshot.

“The big range we all know and love — what if we collaborate with it instead of compete against it?” Hoke said.

His idea involved people climbing to the top of peaks around Jackson Hole and shining lasers to each other, creating a literal outline of the Hole for people to view.

In a little over 25 minutes Jackson had nine new public art ideas to ponder.

“We were aiming for the event to be snappy and exciting from start to finish, and, gauging from audience engagement and response, it went well,” Brackin said. “Framing the event around wild public art concepts allowed people to dive into radical possibilities.”

Brackin, understandably, champions the idea of public art. It’s the idea that art can be accessible and interactive, and not only mold a place, but be molded by it.

“Public art enlivens our spaces in Jackson and helps our residents build a greater sense of identity and understanding of where we live, work, and engage one another,” Brackin said. “These types of events help community members share in the exciting process of creating vibrant and creatively inspired places.”

Of course, all of the ideas were just that — ideas. But the presenters have helped craft public art projects before. From Minton’s sculptures to Hoke’s fish at the Center for the Arts to the antler trash cans around town designed by the firm that Reistad works for.

Maybe a light festival after a day of kite flying on an elaborate ice ribbon is the next big project.

“The presenters were encouraged to elaborate on their dream ‘what if’ projects, and, in the end, I think a lot of people walked away thinking ‘why not?’” Brackin said.