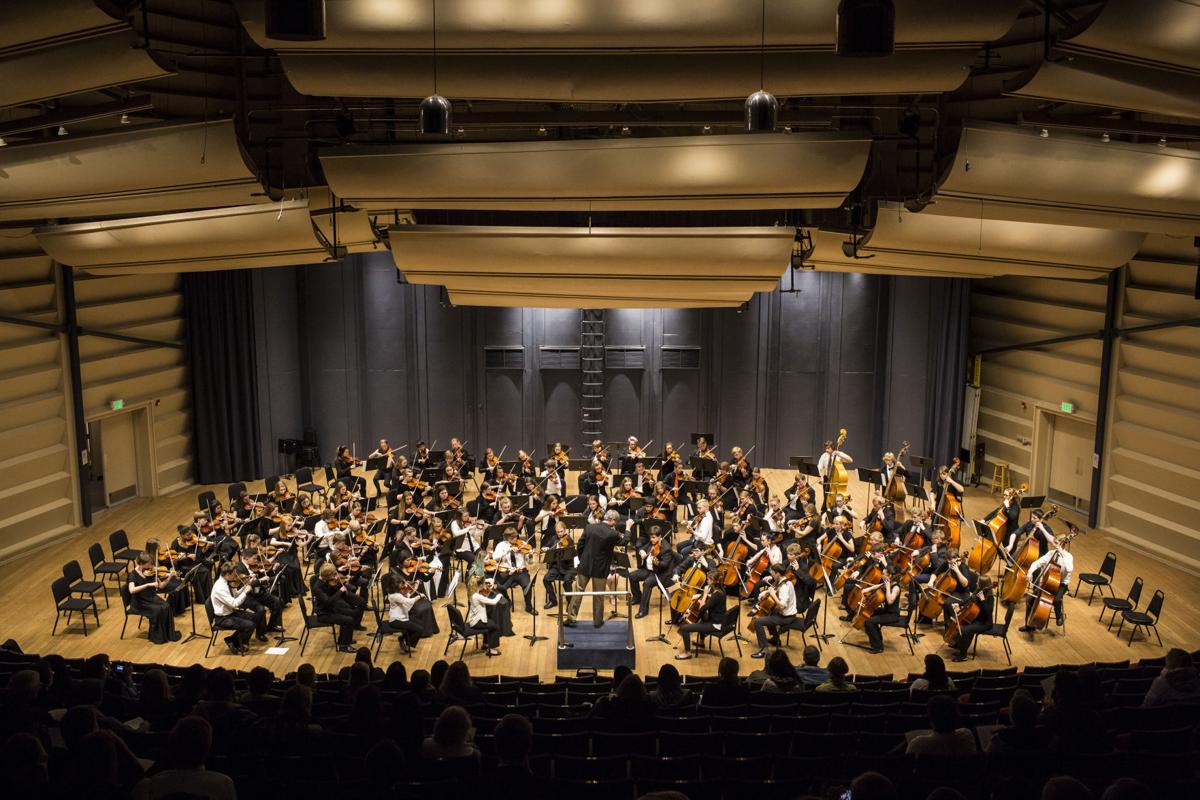 With more than 100 students, the B Orchestra performs Nov. 1 during the Wyoming State String Clinic’s finale concert at Walk Festival Hall in Teton Village. The orchestra was one of three to play for an audience after two full days of rehearsals. 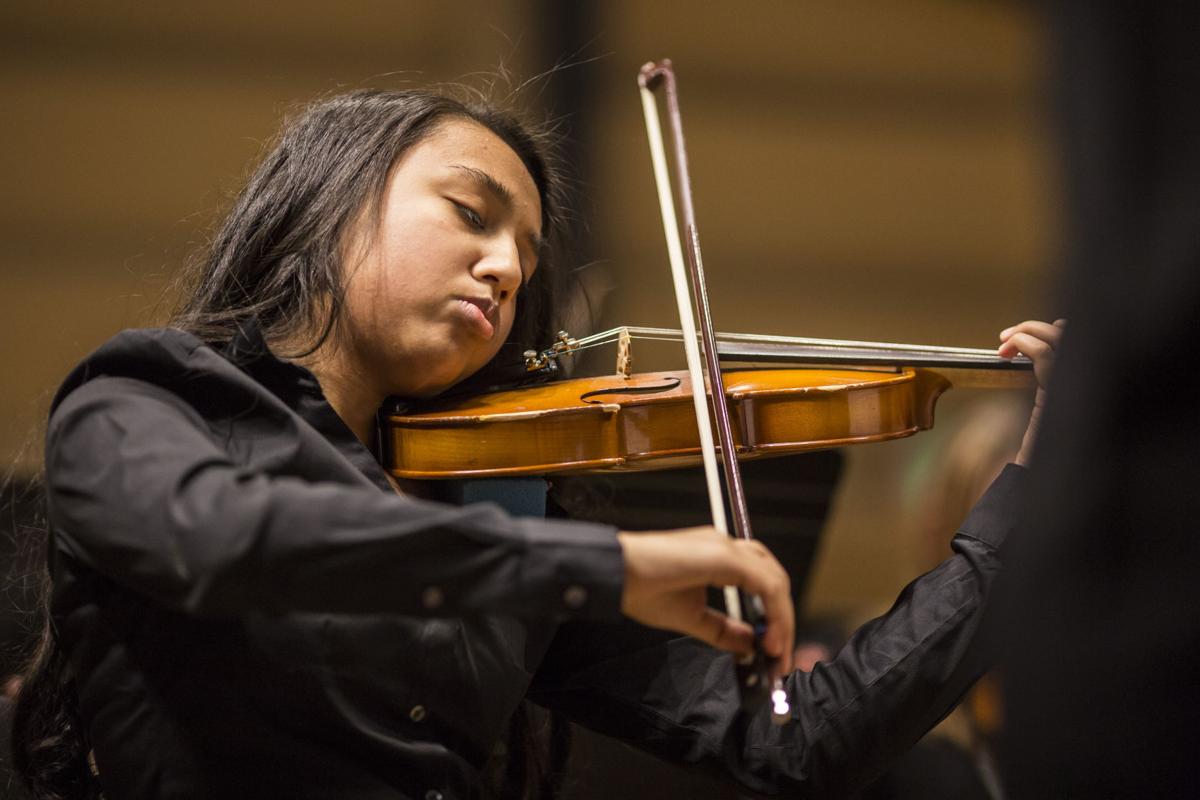 Alhena Islam, a violin student from Laramie High School, performs Nov. 1 during a concert wrapping up three days of rehearsals and clinics as part of the Wyoming State String Clinic at Walk Festival Hall in Teton Village. 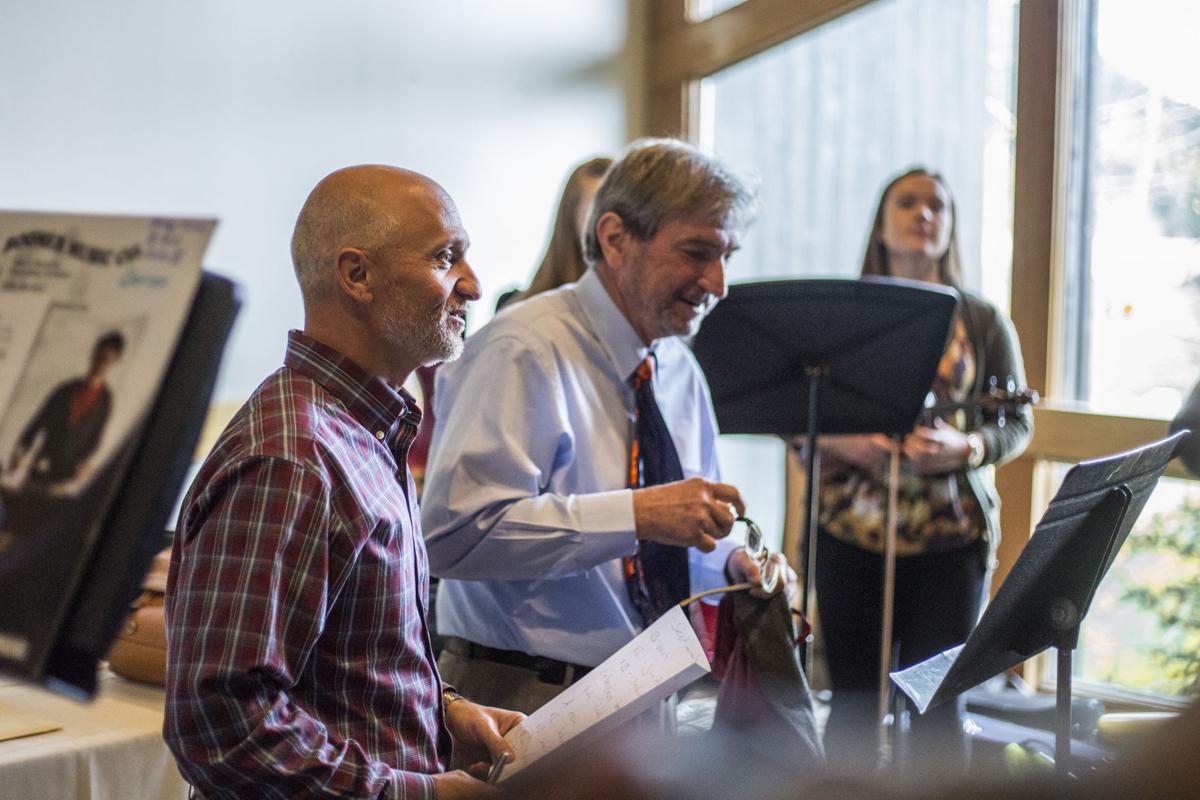 With more than 100 students, the B Orchestra performs Nov. 1 during the Wyoming State String Clinic’s finale concert at Walk Festival Hall in Teton Village. The orchestra was one of three to play for an audience after two full days of rehearsals.

Alhena Islam, a violin student from Laramie High School, performs Nov. 1 during a concert wrapping up three days of rehearsals and clinics as part of the Wyoming State String Clinic at Walk Festival Hall in Teton Village.

Nearly 300 high school students and their violins, violas, cellos and basses descended on Jackson last week for 2016’s state string clinic. They left with more than just a better understanding of music.

“A lot of these students meet friends for a lifetime,” said Vince Gutwein, the organizer of the event. “The No. 1 thing students get out of the clinic is friendship.”

In 2009 Gutwein organized and hosted the Wyoming State String Clinic in Jackson. The clinic rotates among schools, and about every eight to 10 years it comes to the valley.

The event isn’t just about practicing and receiving feedback.

“They learn pedagogy from new directors and learn to look at things with a new perspective, as well as playing in a new group,” Gutwein said.

“All the students come from different levels of ability and background,” Gutwein said. “But they can all come together to create, work and communicate through music.”

And in today’s technology-driven world having their hands full is a good thing.

“It’s nice to get them out of their computers and their phones and their iPads,” Gutwein said.

String music is special for him. He believes the family of instruments is the closest one to the human voice.

“The strings are just so moving,” he said. “They express so much emotion and demand so much work, so much technicality. It takes all of you to play them.”

He said he finds the classical scores “mind-boggling.”

“The genius that goes into it blows my mind,” Gutwein said. “When you hear a string group it’s like nothing else.”

The schedule was, in a word, grueling. Rehearsals began at 8 a.m. and closed at 5 p.m., and Gutwein described the clinic as “nonstop action.”

“Most adults would have trouble with that,” Gutwein said. “These are remarkable young adults. I’ve been impressed by their concentration, dedication and discipline.”

After two days of rehearsals the students were still able to “focus and give out a lot of energy,” he said.

Around 20 local students attended the clinic. Senior Kyler Arriola, 18, was one of them.

“It’s really fun,” Arriola said. “I like how different and difficult the music is. It’s a refreshing break from the music we play in school because it’s really challenging.”

Arriola is considering whether to play the cello in college and might also dabble in musical theater. He has attended music camps at the University of Wyoming and is the first chair cellist at Jackson Hole High School.

Jake Todd, 14, is second chair cello at the high school. This was his first year at the string clinic.

“I was drawn to string instruments for their deep resonant sound,” Todd said. “The clinic is intense but well worth it.”

It all culminated with a performance for friends and family Tuesday afternoon at Walk Festival Hall in Teton Village. Some high schoolers, mainly the ones playing the bass, were dwarfed by their instruments. Students whose group wasn’t playing sat in the stands, eager to watch their friends and fellow string players perform.

“The concert is the best part,” Gutwein said. “You get to see all the work.”

The musicians looked dapper in their black and white attire. Many girls wore full-length dresses, and some boys sported bow ties.

The C Orchestra kicked off the concert with four songs: “Echos of Bartok” by W. Cummings, “Lights on the Water” by M.L. Daniels, “Coiled” by Bob Lipton and “Fiddler’s Fancy” by Richard Meyer. Their conductor, Gary DePaulo, is in his third year as director of the orchestra program at Kelly Walsh High School in Casper.

Next came the B Orchestra, performing two songs from “Don Quixote Suite” by G.P. Telemann — “Overture” and “His Attack on the Windmills” — and “Dia de los Muertos” by Richard Meyer.

“We are so privileged to be able to play in this great room,” conductor James Przygocki said, giving thanks to the Grand Teton Music Festival for loaning the space.

Przygocki is a professor of music and the chair of the String Area at the University of Wyoming. He teaches viola, violin, music education and music pedagogy courses and conducts the UW Chamber Orchestra. He has performed across the globe.

After a quick warm-up and tuning the A Orchestra took to the stage. It performed “Overture to Messiah” by G.F. Handel, “At the Cradle” by Edvard Grieg, “Shanbei Folk Song, Lily at Dawn” arranged by Hu Sisi and “Themes of the Rite of Spring,” written by Igor Stravinsky and arranged by Bob Lipton.

The A Orchestra’s conductor, Michael Griffith, looked sharp in a full tailcoat. Griffith is in his 28th year as conductor of the UW Symphony. He has guest-conducted all around the world and has been lauded for his teaching.

Before his musicians began their final song to close the performance, Griffith told the audience how much the clinic meant to him as a conductor and as a professor. He teaches college students at UW who might someday end up as high school music teachers.

“I’m a better teacher of my own students working with these kids,” Griffith said. “They’re the cream of the crop.”

The students lifted their bows and watched him, alert and poised to begin. With a quick flourish of his hands, chords soared to fill the auditorium.